U.S. President Donald Trump has threatened to deploy U.S. military forces to major cities in a federal capacity in response to continued violence across the country in the wake of the police killing of George Floyd in Minneapolis, Minnesota. The President has such authorities under the current version of the Insurrection Act, which was first enacted in 1807 and allows for the use of troops in a federal capacity in response to domestic unrest and certain other contingencies. There are certain limitations on when it can be invoked, though, and it's unclear if Trump will be able to do so unilaterally.

Trump made his comments about deploying the military domestically while speaking to the press on June 1, 2020. You can watch video clips of the relevant portions of his remarks below:

"Governors must establish an overwhelming law enforcement presence until the violence has been quelled," Trump said. "If a city or state refuses to take the actions that are necessary to defend the life and property of their residents, then I will deploy the United States military and quickly solve the problem for them. I am also taking swift and decisive action to protect our great capital, Washington, D.C."

"I am your president of law and order," Trump added. "As we speak, I am dispatching thousands and thousands of heavily armed soldiers, military personnel and law enforcement officers to stop the rioting, looting, vandalism, assaults, and the wanton destruction of property."

George Floyd, an African American, died on May 25, after Derek Chauvin, a now-fired Minneapolis Police Department Officer, who is white, kneeled on his neck for more than eight minutes. Police were arresting Floyd for allegedly trying to pay with counterfeit $20 bills at a nearby deli.

Chauvin is now in custody on charges of murder and manslaughter, but this has not stopped days of growing violence in cities around the country. That incident has also inflamed both peaceful protests and rioting in response to other recent instances of police brutality against African Americans.

More than 17,000 National Guard personnel are now deployed across 23 states and Washington, D.C. to support state and local police in responding to developing situations in their jurisdictions. Federal law enforcement agencies, including the Federal Bureau of Investigation and Customs and Border Protection, have also become involved.

The U.S. military is generally barred from deploying within the United States or performing domestic law enforcement functions, primarily through the Posse Comitatus Act of 1878. At the same time, the Insurrection Act of 1807 provides a broad exemption, allowing the President to send troops to respond to “any insurrection, domestic violence, unlawful combination, or conspiracy” that “opposes or obstructs the execution of the laws of the United States or impedes the course of justice under those laws.”

The President may invoke the Insurrection Act without consulting Congress, but must do so through a formal proclamation that gives individuals in the affected area or areas time to disperse and return to their homes. Trump has not done this and there are already reports that, despite his claims, he has not yet dispatched any federal troops within the United States.

He is, however, Commander in Chief of the Washington, D.C. National Guard, an authority he exercises through the Secretary of Defense, and he has dispatched those forces to take up positions within the Capital. The city unique status also means that he can, and has, ordered federal troops to deploy there. The Justice Department has also deployed additional federal law enforcement personnel within the city, where it also has substantial jurisdiction.

The Insurrection Act has been used very infrequently in the more than two centuries since it was enacted, with President George H.W. Bush being the last to do so in 1992 in response rioting in Los Angeles after a jury acquitted the police officers involved in the brutal beating of Rodney King. Congress also notably expanded the scope of circumstances under which the Act can be invoked in the wake of the aftermath of Hurricane Katrina in 2005. This was done despite the objections of every governor in the country at the time, who collectively saw the amendments to the law as a massive overreach by the federal government.

Trump has reportedly been considering invoking the Insurrection Act all day. However, despite how he framed his threat, he could face significant challenges in doing so without the cooperation of state governors.

The law specifically says "whenever there is an insurrection [as defined by the Act] in any state against its government, the president may, upon the request of its legislature or of its governor if the legislature cannot be convened, call into Federal service such of the militia of the other States, in the number requested by that State, and use such of the armed forces, as he considers necessary to suppress the insurrection."

However, it also says the President employ this authority if the domestic violence "hinders the execution of the laws of that state, and of the United States within the state, that any part or class of its people is deprived of a right, privilege, immunity, or protection named in the constitution and secured by law, and the constituted authorities of that state are unable, fail, or refuse to protect that right, privilege, or immunity, or to give that protection."

As such, invoking the act unilaterally could be illegal and could well be met by legal challenges from state authorities who may not agree that they have been unable, failed, or refused to protect the rights and privileges of their residents. Whether a lawsuit against the federal government would prevent troops from actually moving into cities across the country, at least initially, is unclear.

Trump's threat follows a tense conference call with governors earlier in the day in which he recommended a variety of heavy-handed tactics to stop both protestors and rioters. Secretary of Defense Mark Esper, who was also on the call, described American cities as "battlespaces" and called for state and local authorities to "dominate" them, terms typically associated with military operations.

Trump could also deploy U.S. military troops to conduct non-law-enforcement related tasks, such as guarding critical infrastructure or providing medical or logistics support, through other statutes, which you can read about in more detail in these past War Zone pieces. Doing so still generally requires requests from federal or state and local civilian agencies first.

At the same time, some governors may welcome the additional assistance from the U.S. military. All told, it remains to be seen whether Trump will actually follow through with what could be an unprecedented deployment of American troops on U.S. soil in modern memory, if he is even able to do so at all.

New York State Attorney General Letitia James has already Tweeted out that it is her position that Trump cannot legally deploy federal troops under the Insurrection Act absent a request from the state's authorities. She has also said the state will challenge any attempt to do so in court. 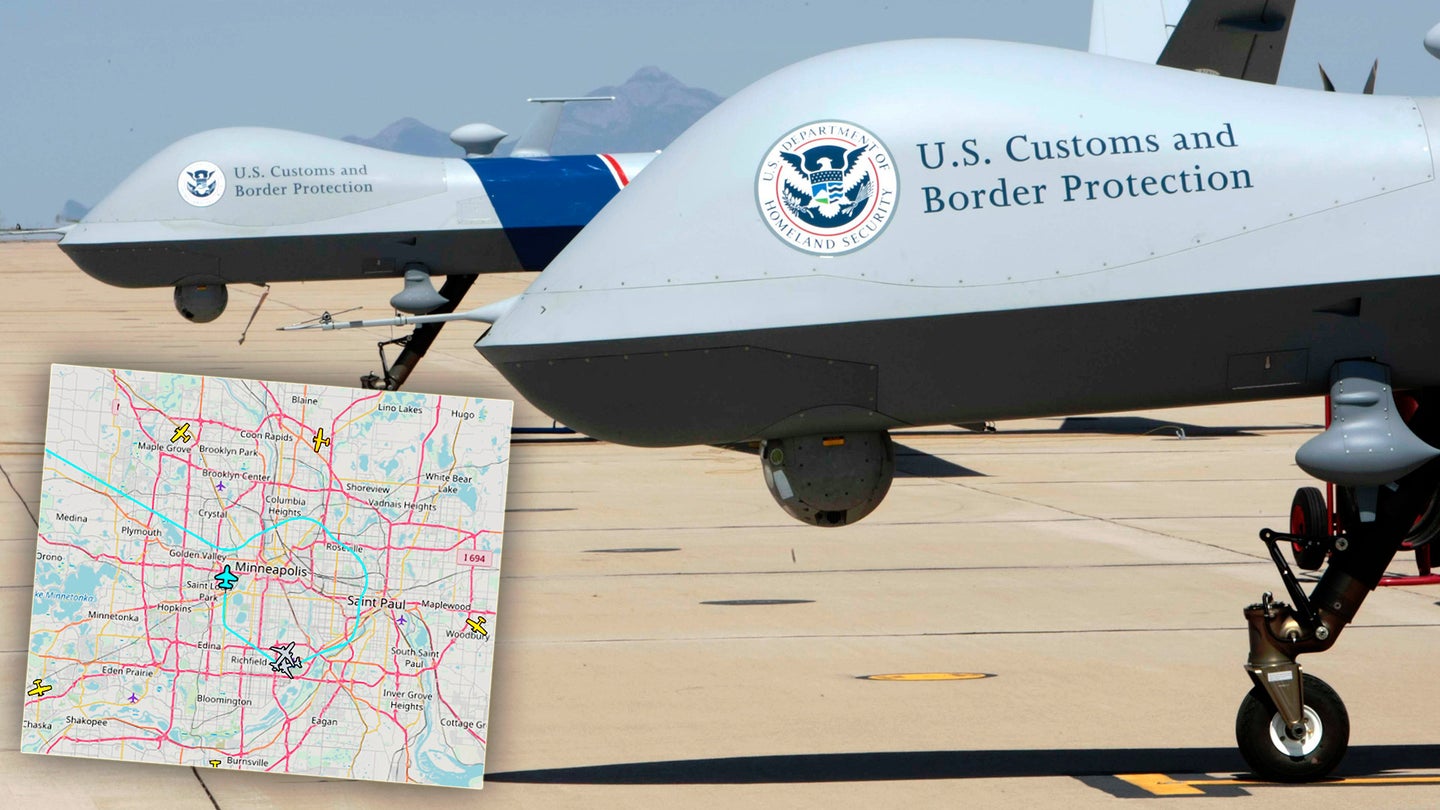 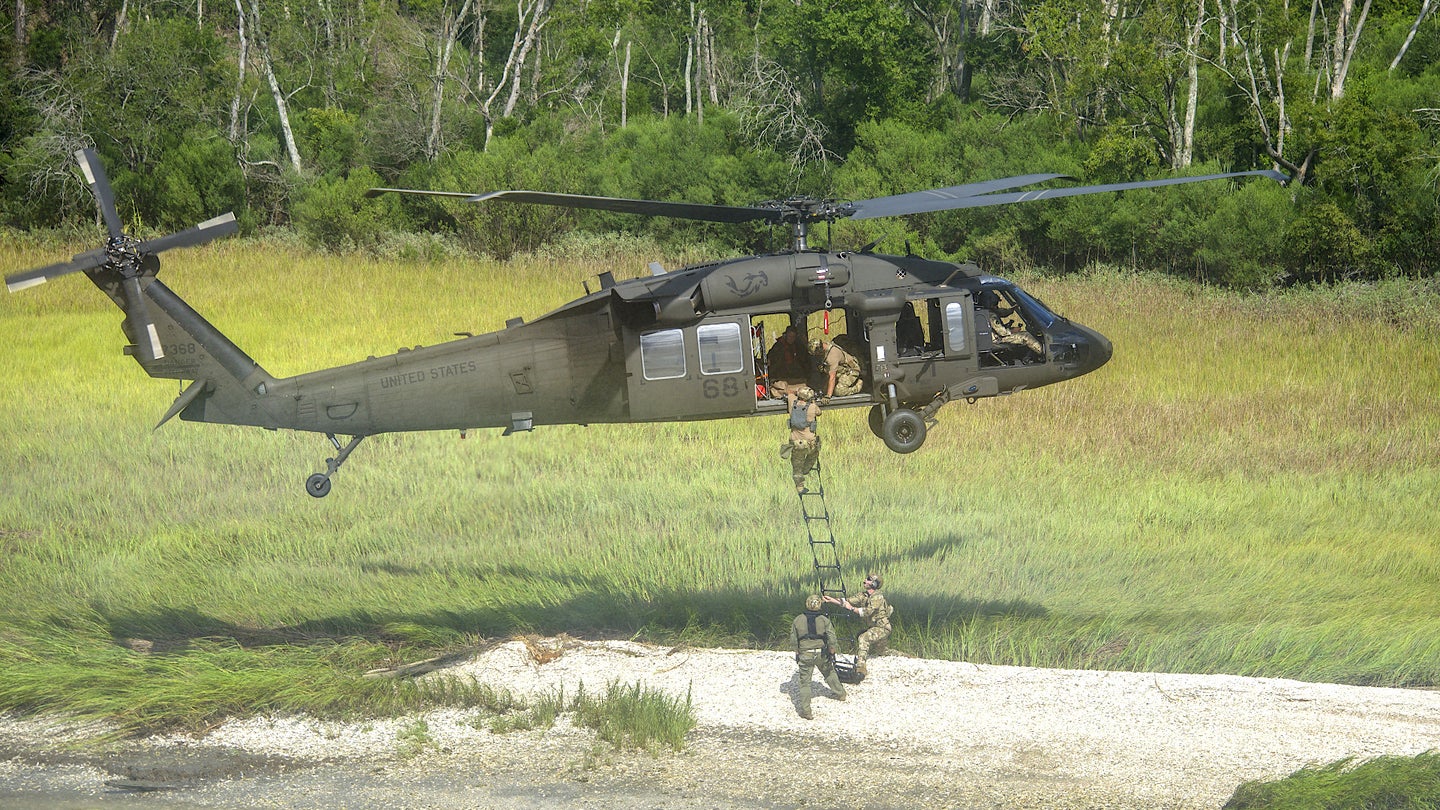