Germany had the bright idea of recycling its old Sidewinder missiles by turning them into laser-guided precision ground attack weapons. 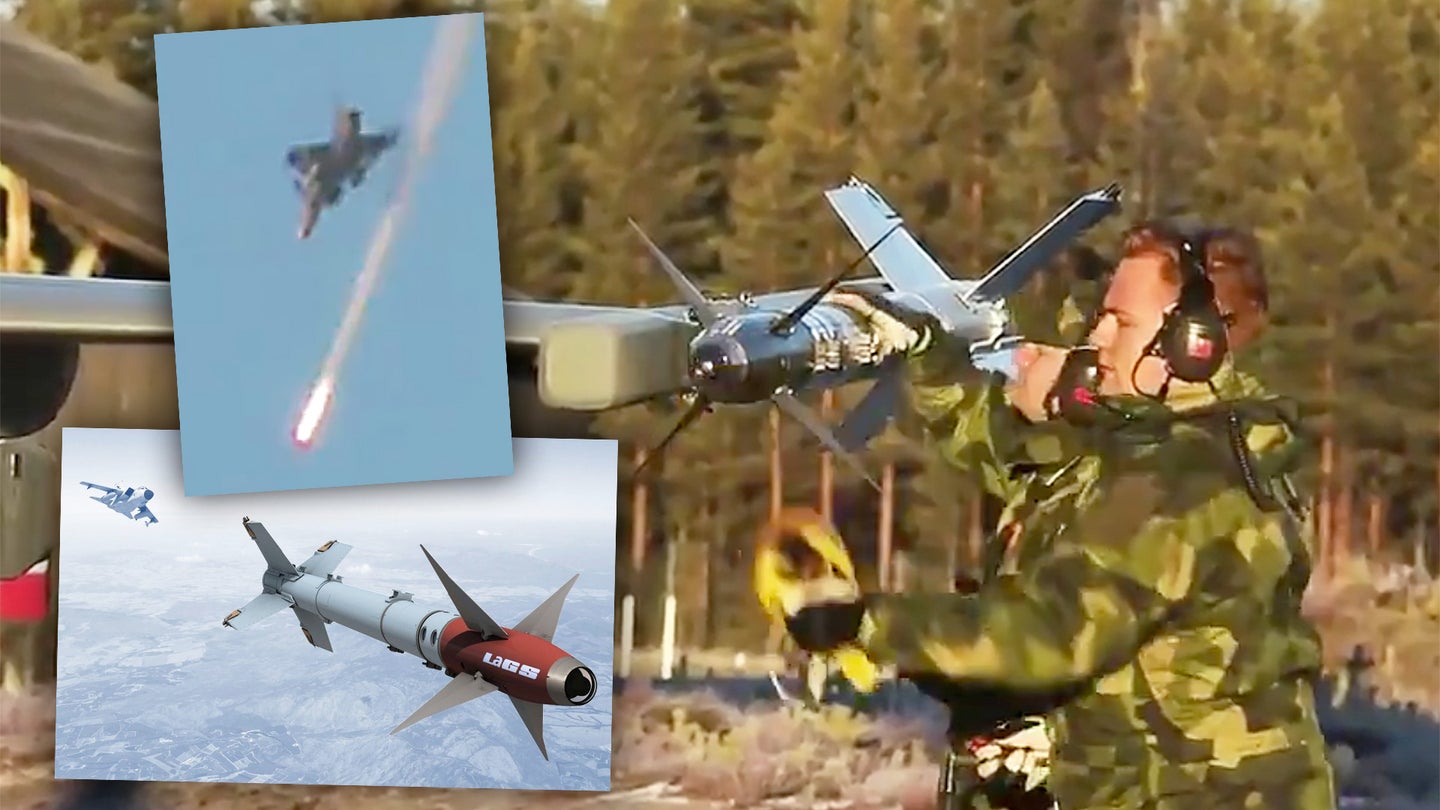 There is no missile on this planet that has developed as rich a heritage and as much success as the Sidewinder family of missiles. The type dates back to the dawn of missile technology and has evolved steadily ever since. Now available in the AIM-9X Block II form, that missile is already deep in its lifecycle and gaining exciting new capabilities that you can read all about here. Yet even as new short-range air-to-air missiles like the AIM-9X have eclipsed the prior AIM-9L/M Sidewinder series, there are still throngs of these older Sidewinders in stockpiles around the globe. With that in mind, Germany's Diehl Defense, which remains an OEM for the AIM-9L/M, came up with the idea of converting these missiles into laser-guided, low-collateral damage, highly precise air-to-ground weapons.

It is not the first time the Sidewinder has been eyed for air-to-ground applications. Most notably, the AGM-122 Sidearm variant of the Sidewinder was adapted to take out enemy radar emitters in the close-range anti-radiation missile role. You can read more about this unique weapon in this past piece of ours. There have been other experiments as well and the AIM-9X has an increasingly robust secondary air-to-ground capability. Other countries, most notably Iran, have toyed with AIM-9 design, too. That country recently unveiled an indigenous knock-off anti-tank variant of the Sidewinder.

Adapting existing aerial weapons to home in on a laser designator's spot is becoming an increasingly popular trend. Laser-guided rockets have allowed combat aircraft to drastically and relatively efficiently increase their air-to-ground magazine depth for light attack and close air support missions. They have also provided a new class of weapon that is extremely precise and capable of making low-collateral damage strikes—two characteristics that are especially attractive for urban combat operations. You can read all about how a pair of modified OV-10 Broncos were turned into 'man hunters' while supporting special operations forces oversees, slinging their laser-guided rockets through doorways and windows to extinguish their targets in the dark of night, here. These upgraded rockets have even been tested in an air-to-air role recently.

The laser-guided sidewinder follows a similar concept of operations as the laser-guided rocket, but the nice thing is that it has a longer range and a larger warhead compared to a 2.75-inch/70mm Hydra 70-based laser-guided rocket system. Most of all, the missiles themselves are already built and paid for. They mainly need their seekers converted from infrared homing to semi-active laser-guided, as well as new digital interfaces and a control unit. So, think of it as a recycling program of sorts.

Also, fighters already cleared to carry the AIM-9 don't need to carry these adapted air-to-ground weapons in a draggy container that takes up a weapons station as the laser-guided rockets do. Instead, they can fly with the missile on the wingtip or underwing launch rail that is usually used for the standard Sidewinder or some other short-range air-to-air missile.

A video, posted by @Gripennews, shows the testing of the laser-guided Sidewinder using a JAS-39 Gripen at the Swedish Defense Materiel Administration's (FMV) test range in Vidsel, Sweden:

The test was to support Germany's program to arm their Tornado jets with the laser-guided Sidewinder. The program is being run by Diehl and the Federal Office of Bundeswehr Equipment, Information Technology and In-Service Support (BAAINBw). Three out of three direct hits were scored, with the missiles slamming through their targets. Note, that they were not armed with live warheads for the tests. The Sidewinder's warhead is based on a 21-pound annular blast design that fragments outward in a ring upon detonation.

Germany moved to the far more advanced IRIS-T air-to-air missile well over a decade ago, so they certainly have plenty of extra Sidewinders in their stocks that can be converted to the new air-to-ground configuration. One would assume that the cost of developing the "LaGS" could be offset by offering the conversion to foreign air arms, as well.

Germany's Tornado ECRs are currently in the twilight of their careers with the Luftwaffe. As it stands now, a mix of new EF2000 Typhoons and F/A-18 Super Hornets and EA-18G Growlers will replace them completely by 2030.

In the meantime, Germany, with the help of its Swedish neighbors, has developed and tested its novel Sidewinder adaptation and it will give the aging swing-wing Tornado jets a highly flexible weapon to use as they enter into their last decade of service. The laser-guided missiles could also be used by the Luftwaffe's future Super Hornets and by their existing and future Typhoons, both of which have been cleared to carry the AIM-9L/M Sidewinder.

If the video above is any indication, it will also be a remarkably effective weapon, both in terms of cost and lethality.