The California Air National Guard Super Hercules transports were on a celebratory ‘fini-flight’ for a retiring member of the unit. 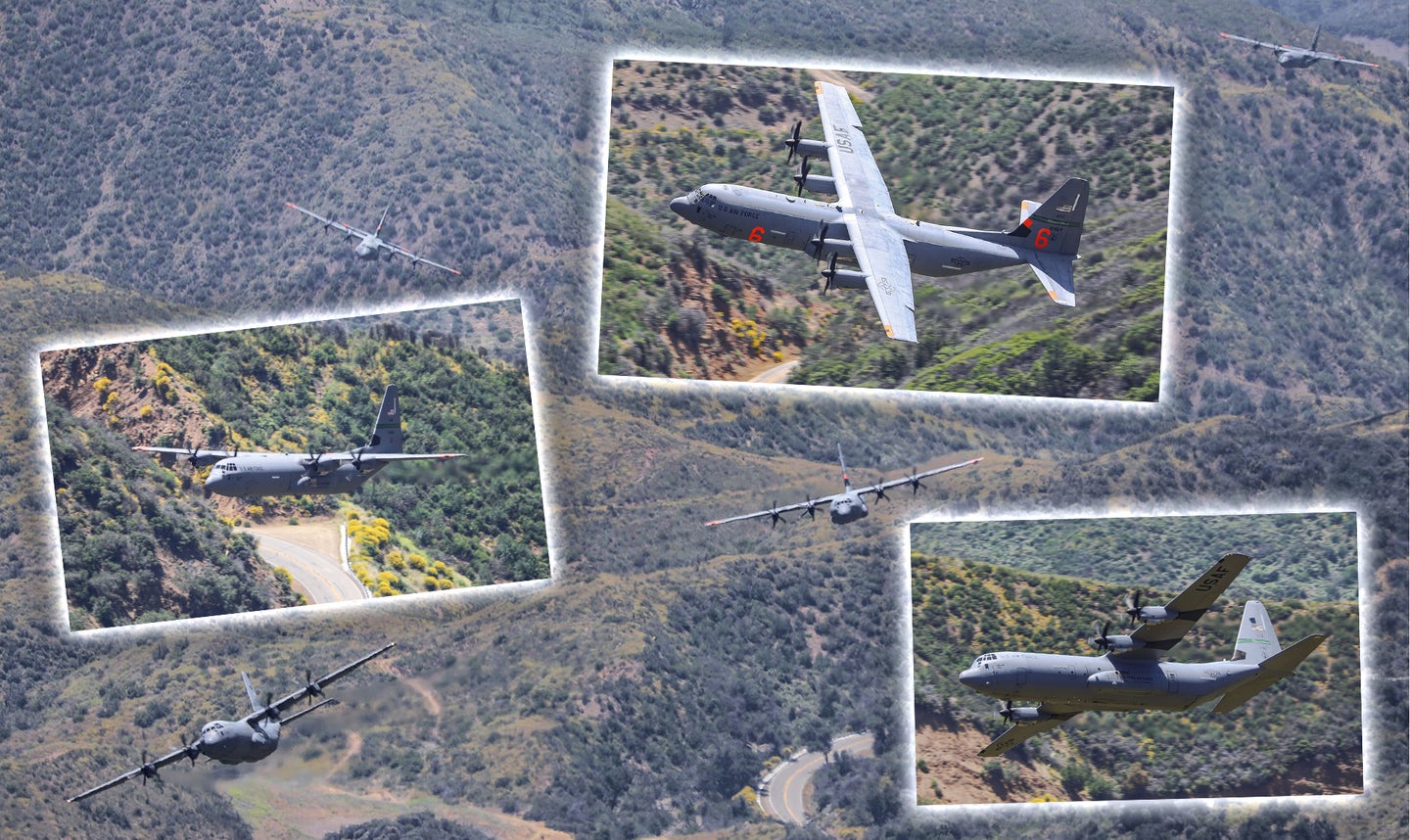 Christopher McGreevy went on another hike in search of aviation photography gold this week. This time, he was hunting for a large formation of C-130J-30 (stretched variant) Hercules airlifters that were snaking their way through steep canyons near Ventura, California.

He definitely found what he was looking for.

According to McGreevy, who goes by the handle @Ohwhiss on Instagram, the flight was part of a relatively unprecedented sortie by the 146th Airlift Wing based at Channel Islands Air National Guard Station, which is connected to Naval Air Station Point Magu. The flight was apparently part of a 'fini-flight,' which is a rite of passage for a pilot that is retiring from military service. The mission, which included six C-130Js, flew out over the Channel Islands, which are the namesake of the unit's home base, and then flew inland to northern California, near Lake Tahoe, before returning back to Point Mugu.

McGreevy hiked up a steep trail to get the awesome shots you are about to see. Note that the orange paint on a couple of the 'Herky Birds' denotes their use for firefighting duty with the MAFFS system.

The last time we saw something like this caught on camera was when the 67th Special Operations Squadron (67th SOS) 'Night Owls' based at RAF Mildenhall did a similar run through Mach Loop with a quartet of MC-130Js a year ago. You can check out the video from that spectacle in this past piece of ours.

Seeing these clean (no external stores or pylons) stretched Super Hercules roaring through the steep California countryside is truly a sight to behold. Thanks a ton to Christopher for sharing this awesome display of California Air National Guard air mobility might with us!

Make sure to follow Christopher McGreevy over on Instagram. The guy's unique form of adventure-based aviation photography is addictive, to say the least!

Watch Four U.S. Special Operations C-130s Roar Through A Valley Together In The U.K.

Seeing so many transports hitting the low-level routes together is a rare sight to behold.