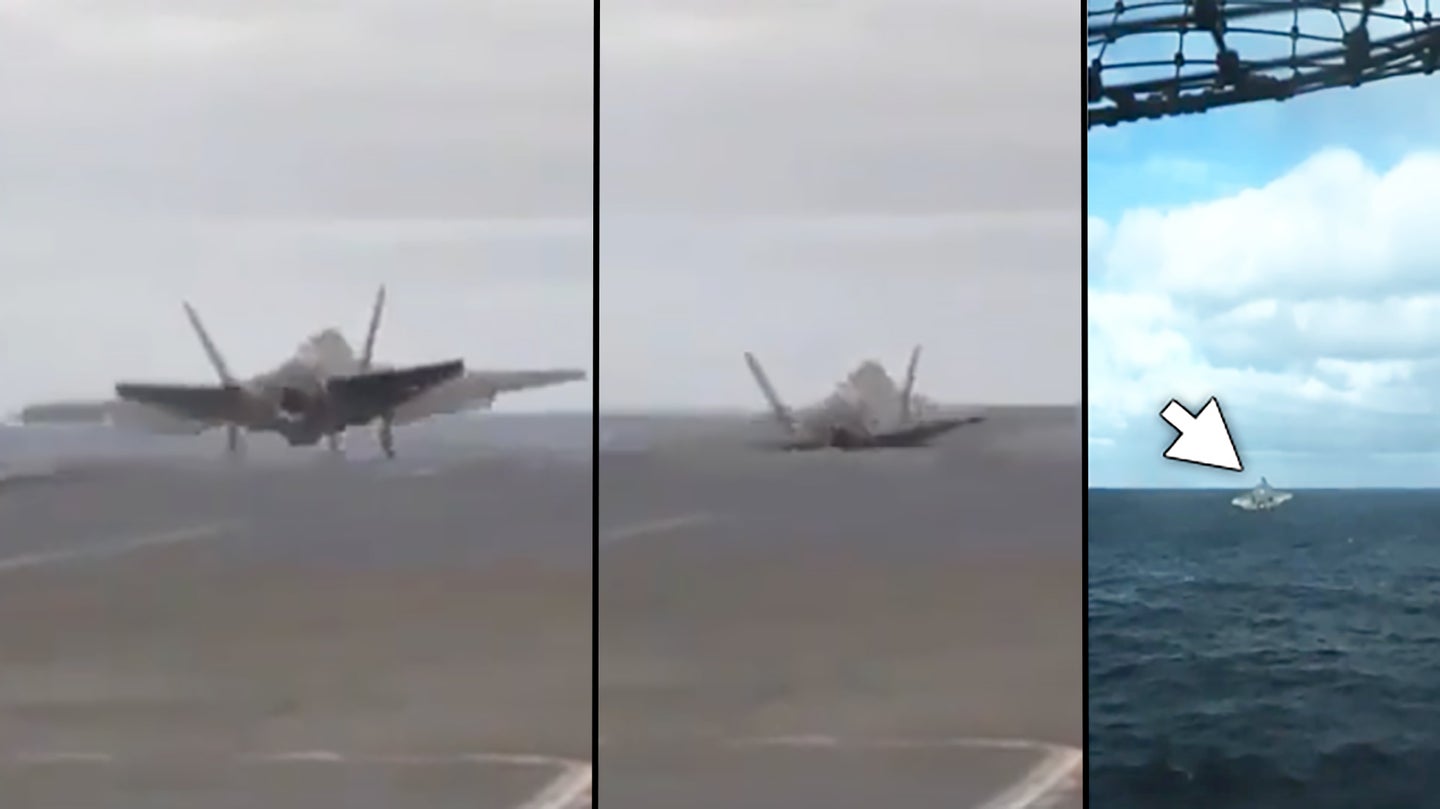 A pair of chilling videos have emerged on social media that show a U.S. Navy F-35C Joint Strike Fighter being launched off on an American supercarrier at what appears to be the minimum catapult power required for making it into the air successfully. In the first video, the stealth fighter careens down the catapult track at what seems like a bizarrely slow velocity before sinking totally below the rising bow of the ship. A moment later the jet appears again climbing away to safety. It is one heck of a tense clip to watch! The other video has a view from below the bow of the ship, showing the F-35C skimming above the waves before clawing its way into the air.

The videos were posted by RCAF_Pilot on Instagram, who notes that this was part of testing for the F-35C program, in which the minimum catapult energy for a safe launch was assessed. We have not confirmed this, but he notes in his post:

Good thing we have test pilots for this!

Something you don’t see everyday...low energy catapult launch! That sink is scary, but it was a part of the test plan. The folks at PAX River needed to find the lowest amount of energy that the catapult needed in order to safely launch an F-35C...they definitely found it! Through a smart build up and mitigation the test professionals go where others don’t.

Watch the waters part because of the engine exhaust!! Here’s the last video, low energy catapult testing, from the front of the ship camera view. You can tell from this angle that the aircraft got close to the water. Remember though, this was a part of the testing and the team had prepared for this moment.

Test pilot—what a job, am I right? The definition of "you gotta' be shittin' me?!'

It is worth noting that the F-35 pilot never selects afterburner throughout the launch, which would also point to this being test, not a dreaded and unforeseen 'cold cat-shot' during other operations (see below for an example).

We also know that it was taken aboard a Nimitz class supercarrier as the catapult is clearly steam-powered.

That must have been one hell of a ride!