The mini-torpedoes could be a game-changer and are set to be fielded on Virginia class submarines in the next few years.

Northrop Grumman has built and tested a new Very Lightweight Torpedo, derived from an earlier U.S. Navy-funded design. The company says it will submit this weapon as an option for that service's Compact Rapid Attack Weapon program, which is looking to develop a miniature torpedo that can also act as anti-torpedo interceptor and field them first on some Virginia class submarines within the next three to four years.

The Virginia-headquartered defense contractor first revealed the weapon, also referred to by the abbreviation VLWT, on May 21, 2020. The firm says this is the first industry-built torpedo of its kind and that it privately funded the development. However, it is based on design documentation for a Common Very Lightweight Torpedo (CVLWT) that Pennsylvania State University's Applied Research Laboratory (PSU-ARL) had developed for the Office of Naval Research (ONR) and which the service had distributed to defense contractors in 2016. The War Zone had previously written a deep dive into the PSU-ARL design and its potential applications, which you can find here.

"The successful testing of the torpedo nose on the first try is a testament to Northrop Grumman's design-for-affordability approach, which will significantly reduce cost without sacrificing operational performance," David Portner, the Lead Torpedo Program Manager at Northrop Grumman's Undersea Systems division, said in a press release.

Visually, Northrop Grumman's VLWT is very similar visually to ARL's CVLWT design and also uses a Stored Chemical Energy Propulsion System (SCEPS) to propel the weapon. The SCEPS in the earlier CVLWT consists of a solid block of lithium that then gets bathed in sulfur hexafluoride gas, which triggers a very energetic chemical reaction. The resulting steam drives a turbine that powers the torpedo's single screw. SCEPS, which already in use in more traditionally-sized torpedos, is known for being able to rapidly accelerate the weapon compared to other propulsion methods.

"Applying its engineering and manufacturing expertise, Northrop Grumman improved upon the VLWT baseline design to replace high-cost components and drive overall affordability, reproducibility and reliability," according to the press release. "Those altered sections were built and tested using PSU-ARL’s own test equipment for confidence."

Northrop Grumman has its own extensive experience with torpedos as the primary supplier for the Navy's Mk 48 heavyweight and Mk 54 lightweight types. The most recent variants of the Mk 48, which are presently the primary anti-submarine and anti-surface warfare torpedo for the service's submarines, are 21 inches in diameter, 228 inches long, and weigh nearly 3,700 pounds. The CVLWT on which the new VLWT is based is only six and three-quarters inches in diameter, around 85 inches long, and at just around 220 pounds is some 16 times lighter than the Mk 48.

The Navy had actually already attempted to field a version of the CVLWT, known as the Countermeasure Anti-Torpedo (CAT), as part of a "hard-kill" Anti-Torpedo Torpedo Defense System (ATTDS) for high-value surface warships, especially aircraft carriers. The idea of using a physical anti-torpedo interceptor has gained popularity as advanced torpedoes that are increasingly less vulnerable to more traditional countermeasures have entered service around the world. You can read more about these torpedo developments in this recent War Zone explainer.

The ATTDS program has unfortunately suffered numerous technical difficulties. The service announced in February 2019 that it would remove the initial systems from five Nimitz class carriers entirely without any immediate replacement. You can read more about that saga in this past War Zone piece.

The focus now is on what the Navy refers to as the Compact Rapid Attack Weapon (CRAW). In its most recent budget request for the 2021 Fiscal Year, the service asked for more than $49.5 million across multiple line items to support the development of the CRAW and associated systems, an effort that it described as "new start" as a formal program of record, rather than an experimental project.

The Navy's plans for the 2021 Fiscal Year with regards to CRAW include beginning development of the software and the hardware for the weapon itself, as well as updates for the AN/BYG-1 Submarine Payload Control System and standardized External Countermeasures Launcher (ECL). The AN/BYG-1 is the software-driven combat system that virtually all of the service's existing submarines, as well as some foreign types, employ to fire torpedos, launch weapons via vertical launch systems, and deploy countermeasures. The ECL is the actual launcher that many American submarines use to deploy existing anti-torpedo countermeasures, which you can read all about in this recent War Zone piece.

The Navy's plan, as it stands now, is to begin integrating the CRAW onto its Block III and IV Virginia class attack submarines via temporary alterations to their design beginning in the 2024 Fiscal Year, which starts on Oct. 1, 2023. After that, a more permanent set of modifications would be developed and integrated into all Virginia class boats, including the extended-length future Block V types, which will have a new Virginia Payload Module (VPM) with four large-diameter vertical launch tubes. General Dynamic Electric Boat, which designed the Virginia class and is one of two shipbuilders presently making them, will support this effort.

However, there's no reason why the Navy would have to limit the fielding of CRAW to those submarines, especially after doing the work to integrate the weapons into the common AN/BYG-1 and ECL architecture. Submarines could carry many more of the mini-torpedoes than existing heavyweight types, such as the Mk 48, by using the ECLs and other potential launch options, including using some form of insert to stabilize the smaller weapons inside normal torpedo tubes or vertical launch system cells. A mixed load of CRAWs and Mk 48s would give the boats greater magazine depth and additional flexibility, especially when it comes to attacking smaller, and potentially unmanned, underwater and surface targets.

As a defensive anti-torpedo countermeasure, the system could be especially valuable for protecting the service's Ohio class ballistic missile submarines, which are at the core of America's second strike nuclear deterrent capabilities, or the highly specialized and sought after Ohio's that have been converted into guided missile submarines, which support a wide array of conventional strike, special operations support, and intelligence gathering missions. You can read more about these latter boats in this past War Zone feature.

CRAW could similarly find its way onto the Navy's future Columbia class ballistic missile submarines, as well as new attack and large payload submarine classes that it is just starting to explore on a conceptual level. It might be an option for the service's fleets of large unmanned undersea vehicles, too.

The compact torpedo could have more novel uses, as well, including as part of a future naval mine design or as a weapon for smaller surface ships or aircraft, including unmanned types in both instances. Northrop Grumman actually demonstrated how an unmanned helicopter, such as the Navy's forthcoming MQ-8C Fire Scout, another one of the company's products, might employ a CRAW during a larger set of experiments in 2016. It's also interesting to note the parallels between CRAW and the development of compact air-to-air missiles to increase the magazine capacity of fighter jets and that also might be able to shoot down incoming threats.

Submarine and anti-submarine warfare have seen a renaissance of sorts within the Navy in recent years, driven in no small part by developments among potential near-peer adversaries. Russia has been working to increase its submarine activity, particularly in the Atlantic, and China continues to expand its submarine fleets. Both countries are building newer and more advanced types, as well. Other, smaller possible American opponents, such as North Korea and Iran, have also been expanding the capabilities of their submarine fleets in recent years. Advanced diesel-electric submarines, including those with very quiet air-independent propulsion (AIP) systems, which make them very hard to detect, have been steadily proliferating around the world, in general, too.

The Navy has responded with various efforts to improve its own submarine and anti-submarine warfare capabilities, including CRAW, as well as to develop new and improved tactics, techniques, and procedures to counter existing and future threats. “The nation needs advanced undersea warfare capabilities now more than ever. We are ready to support fielding the VLWT which will increase subsea lethality and enable innovative concepts of operations for multiple warfighting platforms," Alan Lytle, Northrop Grumman's Vice President for Undersea Systems, said in the company's May 21 press release.

Northrop Grumman VLWT and the Navy's overall CRAW program offer the potential for game-changing capabilities for America's submarines, among other platforms, and look set to become a reality within the next few years. 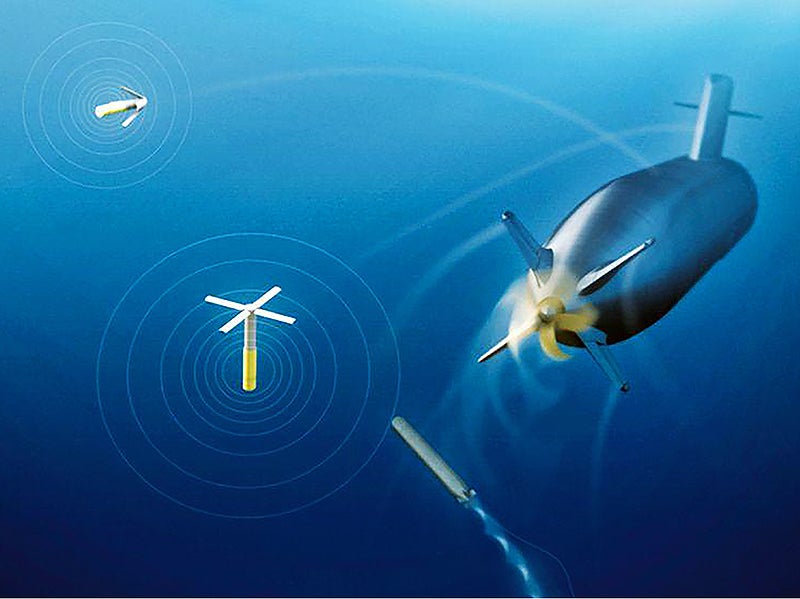 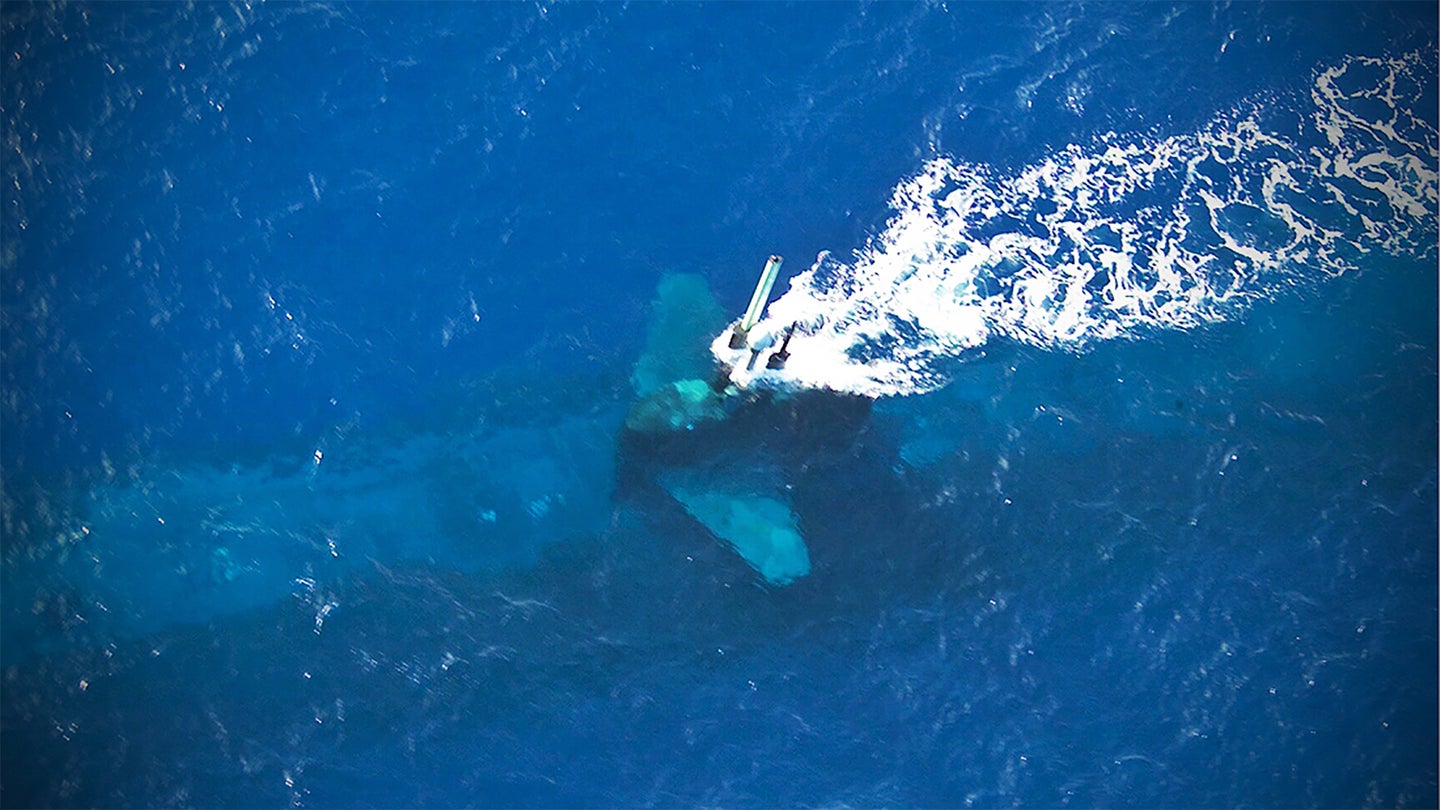 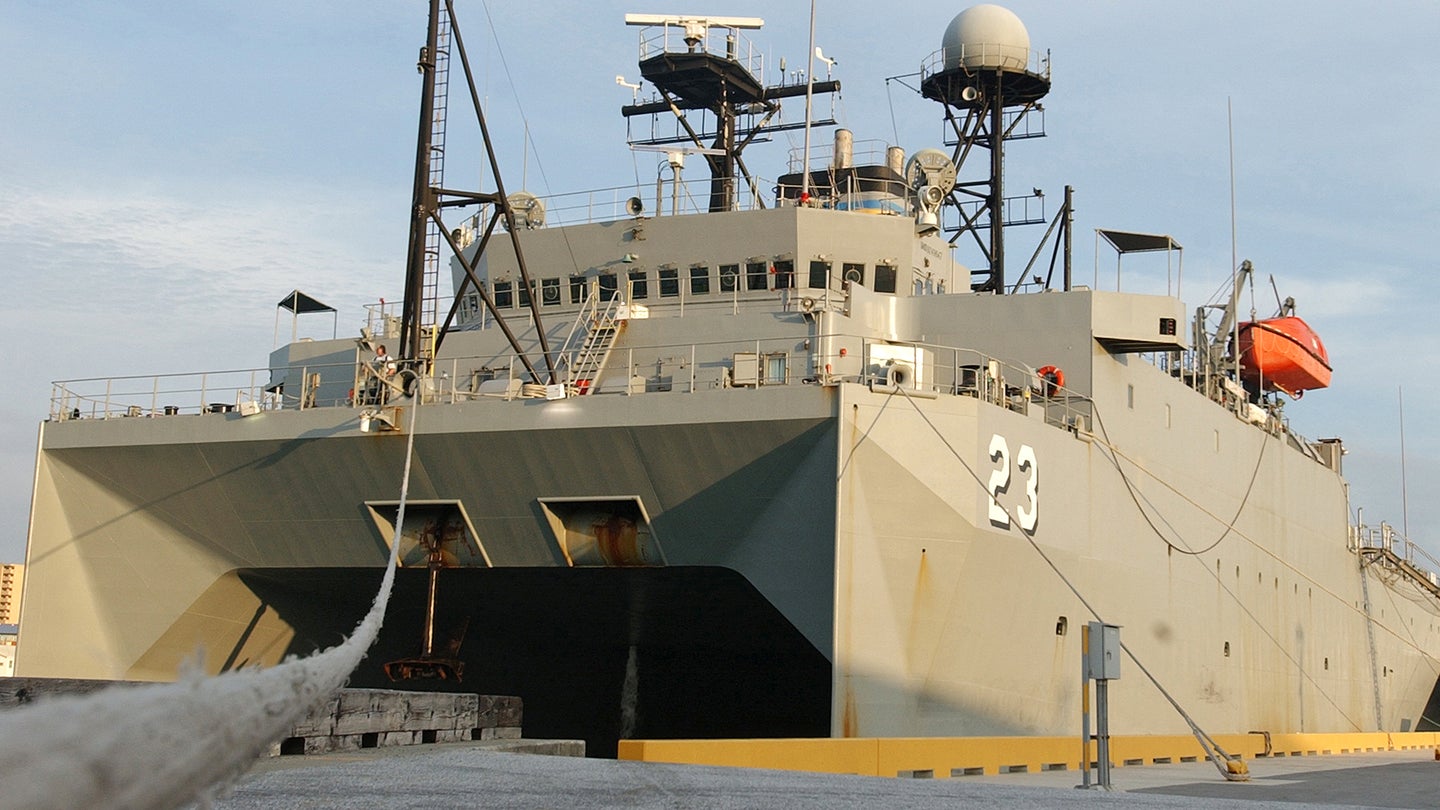