New long-range ammunition is a key component of the Army’s broader plans to increase the capabilities of its howitzers and outgun opponents.

The U.S. Army has hired Raytheon, working in partnership with the Netherlands Organization for Applied Scientific Research, to begin developing a new 155mm ramjet-powered long-range artillery round able to hit targets more than 60 miles away. This is one of a number of novel ammunition types that the service is now exploring as companions for its future long-range 155mm howitzers.

Raytheon announced it had received $7.9 million from the Army to get started on the ramjet artillery shell, also referred to as the XM1155, on May 11, 2020. The Netherlands Organization for Applied Scientific Research, better known by the Dutch acronym TNO, will be responsible for developing the ramjet engine. Raytheon will then integrate that into the rest of the projectile, which it will design and build.

"The tactical 155mm XM1155 will be able to strike moving and stationary high-value targets on land and at sea," according to Raytheon's press release. "The maneuverable, extended-range airframe will be compatible with legacy and future 155mm artillery systems."

Raytheon did not offer any specific details about its design, but the ramjet will be at its core. The projectile will have to first get to an appropriate velocity for this engine to function optimally. Past ramjet artillery round designs have used rocket boosters or large conventional propelling charges to provide this initial burst of speed. The sustained supersonic flight, coupled with the fact the engine is actually pulling the projectile through the air, which helps reduce drag, are at the core of the significantly extended range capabilities.

The company also said that it would leverage its past experience with the M982 Excalibur precision-guided 155mm artillery shell. The Excalibur, which the Army, as well as the U.S. Marines, have been using for more than a decade, is only capable of hitting stationary targets using its GPS-assisted inertial navigation system (INS) guidance package. The M982 has a maximum range of 20 miles.

The XM1155's ability to hit moving targets will require a more robust guidance system. The projectile will most likely feature some form of multi-mode guidance, such as using GPS-INS to get to the target area and then switching over to a combination of millimeter-wave radar or imaging infrared to find and then strike the target. This would also allow the shells to strike fixed targets using the GPS-INS guidance alone.

Multi-mode guidance packages, which can also include laser guidance, are becoming increasingly the default for precision-guided munitions. In addition to the ability to hit moving objects, this allows for engagement of targets in bad weather and at night and gives the weapon alternate ways to find its mark even if the enemy jams or blinds one or more of the guidance systems.

The XM1155 would also increase the flexibility of the Army's 155mm howitzers just by virtue of its extreme range capabilities. A six-gun battery firing the Army's new XM1113 155mm shell, a rocket-assisted type that can hit targets up to 40 miles away, can engage targets within an approximately 1,500 square mile circle around their firing positions. A ramjet-powered projectile with a range of just over 60 miles would increase that area to 12,000 square miles.

Howitzers and other ground-based artillery already have the benefit of being able to relatively rapidly shift focus from one target area to another, as well as respond to requests for fire support faster, compared to airstrikes, and don't end up grounded or their capabilities degraded by bad weather. The also offer a lower cost alternative to fixed wing aircraft and helicopters that provides more persistent coverage, too.

Raytheon and TNO's ramjet-powered projectile would offer immense benefits for Army artillery units, especially in distributed operations, where they could find themselves having to rapidly support forces across a broad area. The added range also helps keep them protected from enemy counter-attacks. "The ramjet-powered artillery round will allow our nation’s military to strike farther and faster than anything our adversaries have in their arsenals," Tom Laliberty, Vice President of Land Warfare and Air Defense at Raytheon's Missiles and Defense division, said in the May 11 statement.

Concerns about gaps in the Army's artillery capabilities compared to potential near-peer adversaries, especially Russia, is what is driving the service to develop new longer-range ammunition, such as the XM1155, and huge new howitzers to fire those rounds. The service has also been working on similarly extending the range and capabilities of its ground-launched rocket artillery, as well as initiating programs to develop ultra-long-range "super guns" and land-based ballistic and cruise missiles.

The ramjet-powered shell is set to be a key component of the overall Extended Range Cannon Artillery program, which is also developing new extra-long 155mm guns. Prototype self-propelled ERCA howitzers, known as XM1299s and derived from the venerable M109 family, have already conducted numerous tests and there has also been work on towed versions based on the M777.

The rocket-assisted XM1113 round, which General Dynamics and Norwegian defense contractor Nammo are developing, is another part of this broader artillery development effort. Boeing and Nammo have been working on a separate ramjet-powered design since 2018, which you can read about more in this previous War Zone story. The Army is also interested in ammunition to specifically expand the anti-armor capabilities of its howitzers.

In addition, BAE Systems is looking to develop versions of its kinetic Hypervelocity Projectile, or HVP, which it originally developed for use in electromagnetic railguns, that will work with conventional guns, such as 155mm howitzers and the U.S. Navy's five-inch guns. You can read much more about the HVP in this past War Zone piece.

These Army artillery ammunition developments could be of interest to the Marine Corps, though that service says it is looking to scale back its howitzer units as part of a radical force restructuring plan. The Navy might also be interested in the ramjet-powered rounds as a way to finally make use of the 155mm Advanced Gun Systems on its Zumwalt class destroyers. The service canceled the development of its own long-range 155mm guided shell after costs ballooned, leaving the AGS as effectively dead weight. There has already been talk about integrating the HVP with these guns.

With respect to the XM1155, the small size of Raytheon's current contract indicates this particular program is still in the very early stages of development. However, the Army has made clear that it wants to modernize its artillery branch and do so quickly. Ramjet-powered artillery rounds definitely hold the exciting potential to further increase the capabilities of the service's future long-range howitzers. 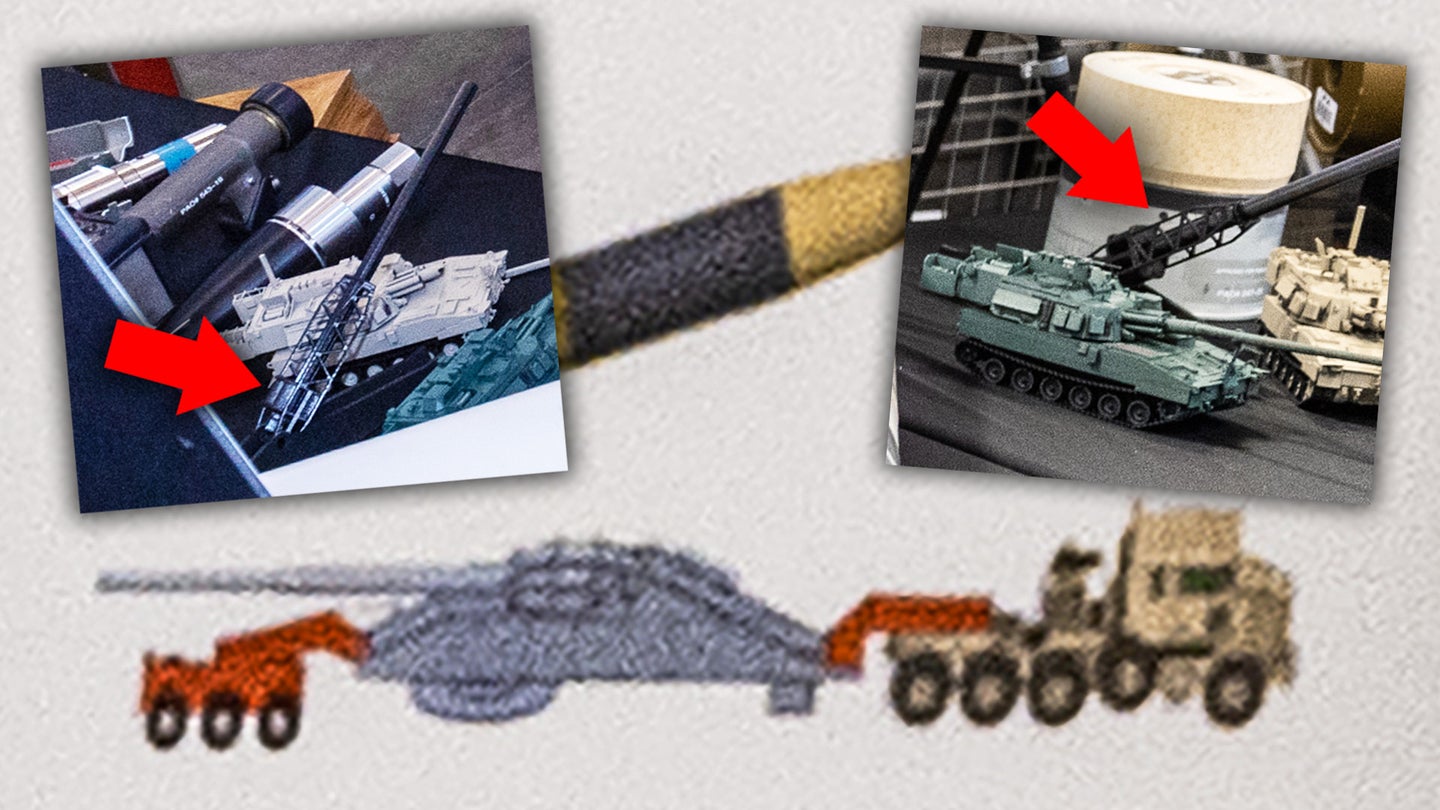 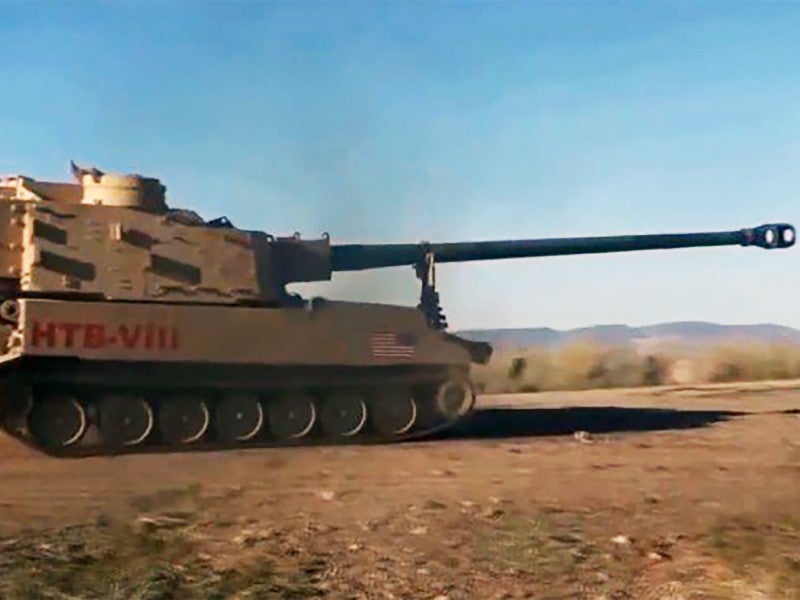 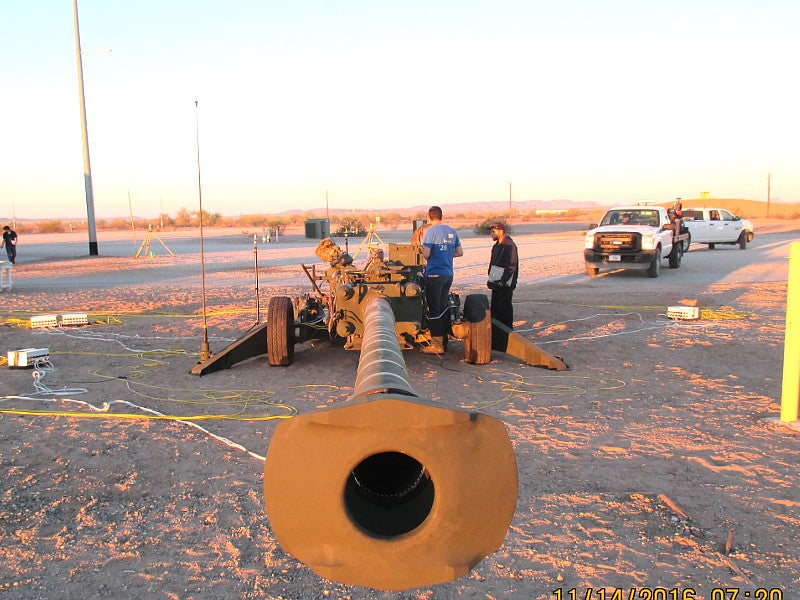