It's extremely important for any military to make its training regimens as realistic as possible to give its forces the best sense of the threats they might face in combat and how to respond to them. Unfortunately, developing high-quality surrogates for the weapons and other systems that potential adversaries might employ is not always easy and in some cases, it ends up being possible to just go to the source of the threat itself.

The U.S. Navy faced just this predicament in the 1990s when it went looking for a high-speed target to simulate supersonic anti-ship and anti-radiation missiles and ultimately decided to just buy the MA-31, a derivative of Russia's air-launched rocket-ramjet-powered Kh-31 missile.

In 1995, McDonnell Douglas first received a contract to deliver modified Kh-31A missiles as part of a Foreign Comparative Test (FCT) to see if they could meet the Navy's requirement for a Supersonic Sea-Skimming Target (SSST). The American company subsequently worked with the Russian manufacturer, Zveda-Strela, to develop the MA-31.

Zveda-Strela had first begun the development of the Kh-31-series in the late 1970s in what was then the Soviet Union. The original requirement was for a high-speed anti-radiation missile that would be able to home in on and destroy the radars associated with then-new and emerging western air defense systems, such as the U.S. Army's Patriot surface-to-air missile system and the U.S. Navy's Aegis combat system.

The first Kh-31, also known to NATO as the AS-17 Krypton, was test-fired in 1982 and the weapons began entering Soviet service in 1988. The initial anti-radiation variant, the Kh-31P, was quickly followed by an anti-ship version, the Kh-31A, and both appeared publicly for the first time in 1991, the same year the Soviet Union collapsed. Russia has since developed additional Kh-31 improved variants, which remain in service with its military, as well as numerous foreign militaries, to this day.

All Kh-31s use a rocket-ramjet propulsion system to achieve sustained supersonic speeds. A rocket in the rear of the weapon boosts it to an optimal speed for the air-breathing ramjet to takeover. The Kh-31P, with its high-altitude flight profile, can hit speeds of up Mach 3.5. The sea-skimming Kh-31A can still get up to Mach 2.5.

At around the same time that the Kh-31 was in development, the Navy was developing the Supersonic Low-Altitude Target (SLAT). This high-speed, low-flying target was to be a critical tool for testing the Aegis combat system. The service had been trying, with great difficulty, to develop a target to mimic supersonic anti-ship missiles since the 1970s, canceling two prior programs, the ZBGM-90A and the ZBQM-111A before that decade was over. As an interim option, it had converted a number of retired RIM-8 Talos surface-to-air missiles into MQM-8G Vandal target missiles, starting in 1975, but these offered a limited ability to act as loose surrogate anti-ship threats.

In 1984, Martin Marietta got the SLAT contract and began developing its target, which eventually became known as the YAQM-127A. Testing of this target, which also featured a rocket-ramjet propulsion system, was beset by problems. Only one of six launches between November 1987 and January 1989 was successful. Two more launches, one in November 1990 and another in May 1991, were also declared failures. Congress subsequently forced the cancellation of the program.

With the Soviet Union gone, the Navy was presented with a novel situation. The Russians were severely cash-strapped and the country's state-owned enterprises, including its defense industries, were decidedly open when it came to prospects for new international business. American aviation firms, such as Boeing, which subsequently established a significant presence in the country, were equally eager to see what new opportunities for partnership there might be.

As such, the service could now just go buy a representative target based on an actual potential threat weapon. After getting the contract, McDonnell Douglas acquired Kh-31 missile bodies and motors, stripped of their warheads and guidance systems, for conversion into targets. The resulting MA-31s had a Universal Remote Autopilot (URAP) guidance system, tracking beacon, telemetry equipment, and a flight termination system installed in the empty noses of the Kh-31s.

These targets had essentially identical performance to the original Russian weapons and could fly both anti-ship and anti-radiation profiles just like the missiles they were based on. This included being able to perform multi-axis maneuvers at up to 15 Gs while skimming over the waves.

Boeing, which absorbed McDonnell Douglas in a merger in 1997, continued the program. In 1999, the MA-31 beat out Honeywell's Sea Snake, an improved derivative of the MQM-8G, and Boeing secured a contract to build a total of 34 of the high-speed targets.

The flight testing of the modified Kh-31s continued after that and, in total, between 1996 and 2003, there were 13 launches, all from F-4 Phantom II fighter jets. Three of these failed, two due to faulty Russian power supplies and fuel controls and one due to a failure of target missile's URAP.

Still, the Navy had eyes on a more advanced supersonic target that would offer better range and accuracy over the Russian-based design. In 2000, the service had hired Orbital Sciences to develop what would become the GQM-163A Coyote.

In 2004, the year the GQM-163A first flew, Boeing proposed an improved version of the MA-31, the MA-31PG, which replaced the URAP guidance system with one based on the GPS guidance package from the company's Joint Direct Attack Munition (JDAM) kit. The JDAM kit had allowed both the Navy, as well as the U.S. Air Force and Marines, to rapidly convert dumb bombs into precision-guided munitions that can strike fixed targets in any weather conditions.

At that time it was also working on developing a kit that would allow F-16 Vipers, in addition to aging F-4s, to launch the MA-31s. This would have increased the air-launched target's flexibility and expanded the potential customer base to include the Air Force or any other Viper operator.

The MA-31's days had already been numbered due to factors beyond Boeing's control. In 2001, Russia, under its then-new President Vladimir Putin, had imposed new export restrictions that led to delays. President George W. Bush's decision to pull out of the Anti-Ballistic Missile Treaty in December of that year also chilled relations between Washington and Moscow. By 2005, Boeing had only been able to make 18 of the contracted 34 MA-31s due to political and bureaucratic hurdles, according to a report from the Defense Science Board's Task Force on Aerial Targets.

The success of the GQM-163A was the final nail in the coffin for the MA-31. The Navy eventually expanded all of these Kh-31-based targets it had acquired and canceled the program for good in 2007.

The Coyote, which remains in use today, is yet another rocket-ramjet-powered design. Orbital Sciences, which evolved first into Orbital ATK and is now Northrop Grumman Innovation Systems, was able to keep the cost of the target low by using established components from proven Standard Missile 1 and 2 variants and the smaller AQM-37D supersonic target.

In 2008, the Navy had also hired Alliant Techsystems to begin work on a further advanced supersonic target, the ZGQM-173A Multi-Stage Supersonic Target (MSST), primarily to emulate the anti-ship versions of Russia's Kalibr family, also known as SS-N-27 Sizzler missiles to NATO. While these weapons are subsonic for most of their flight profile, they execute a supersonic sprint in their terminal phase.

The Navy canceled the MSST program in 2015, but is still interested in developing a target to meet that requirement. The service is also likely to need some way to represent new supersonic and hypersonic anti-ship threats that Russia, as well as China, are now developing.

Whatever new air-launched targets the service develops, U.S.-Russian relations have only worsened more since the early 2000s and it won't be buying any more Russian-made designs any time soon. Still, the MA-31 program harkens back to a very unique time in military and geopolitical history, on when a Navy could suddenly just buy the threatening weapons that were developed to sink its ships.

Thanks to Twitter user @clemente3000 for bringing the MA-31 to our attention. 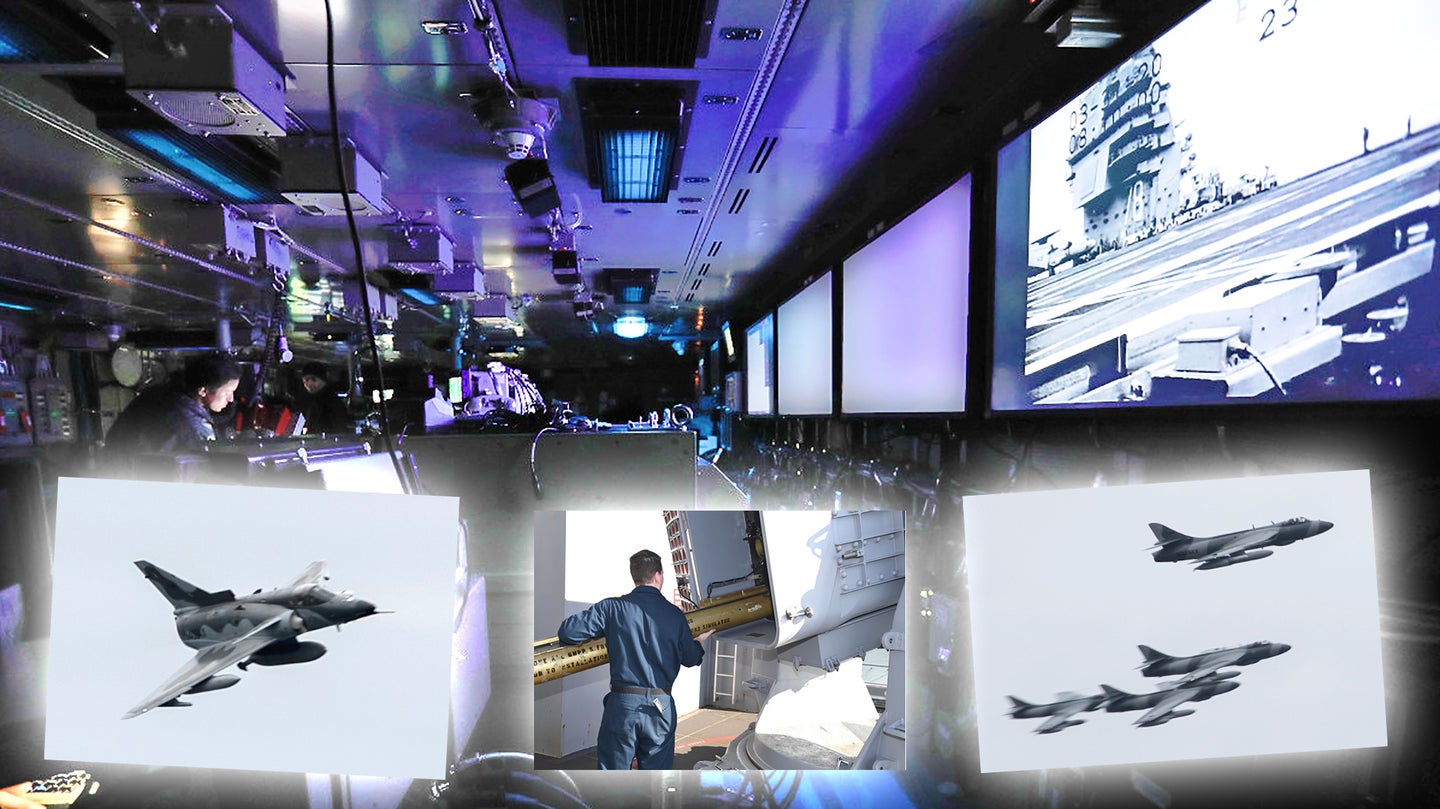 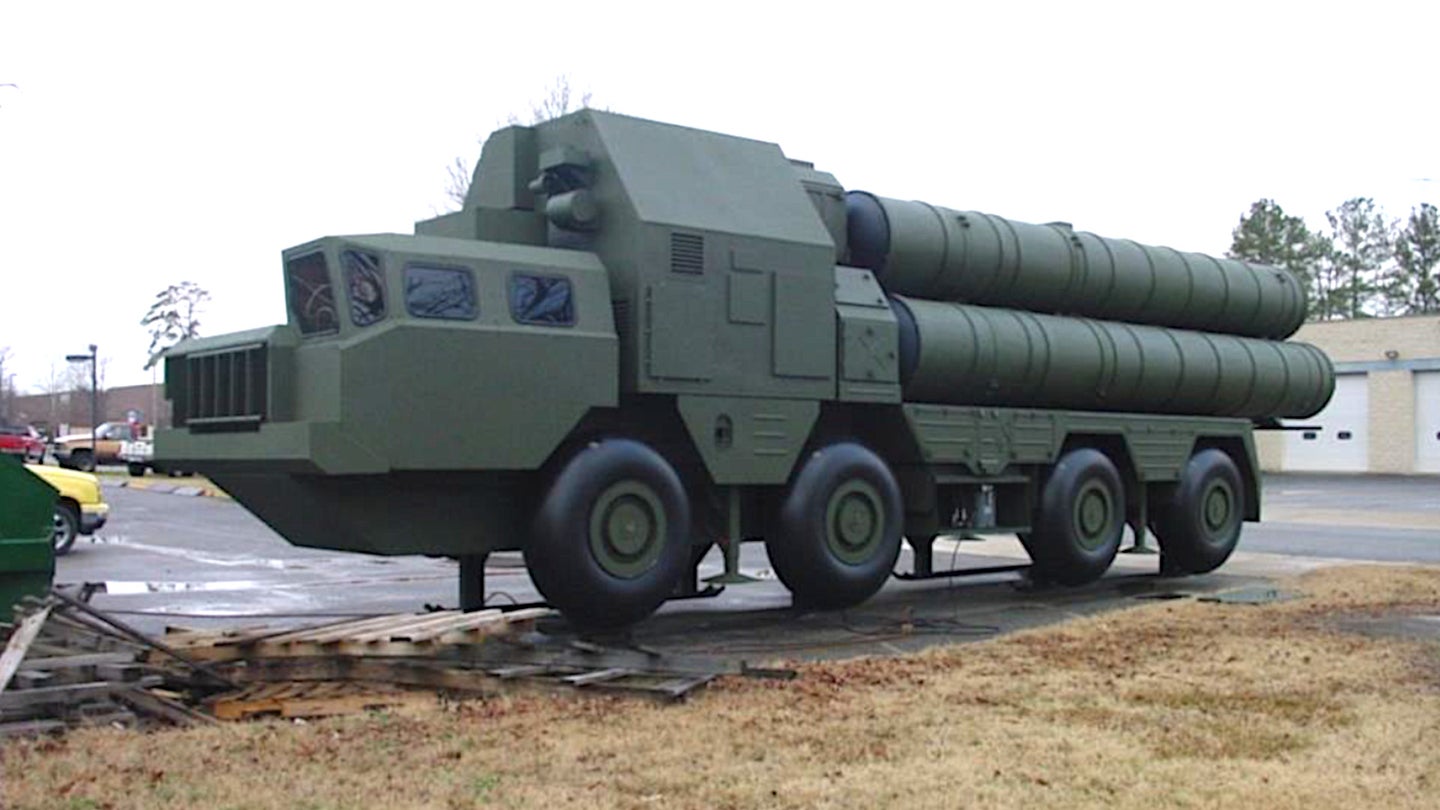 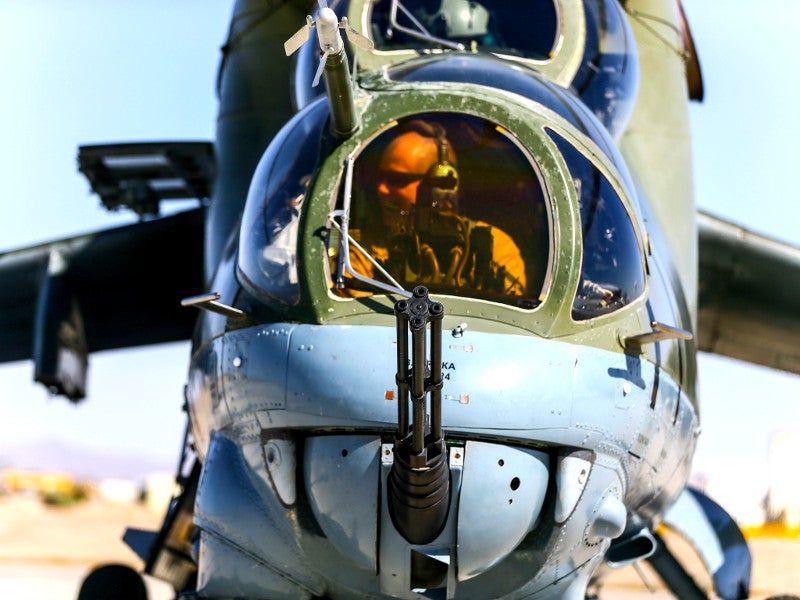