The kid's full name is "X Æ A-12," the latter part being a tribute to Lockheed Skunk Works' Mach 3-capable jet it built for the CIA in the 1960s. 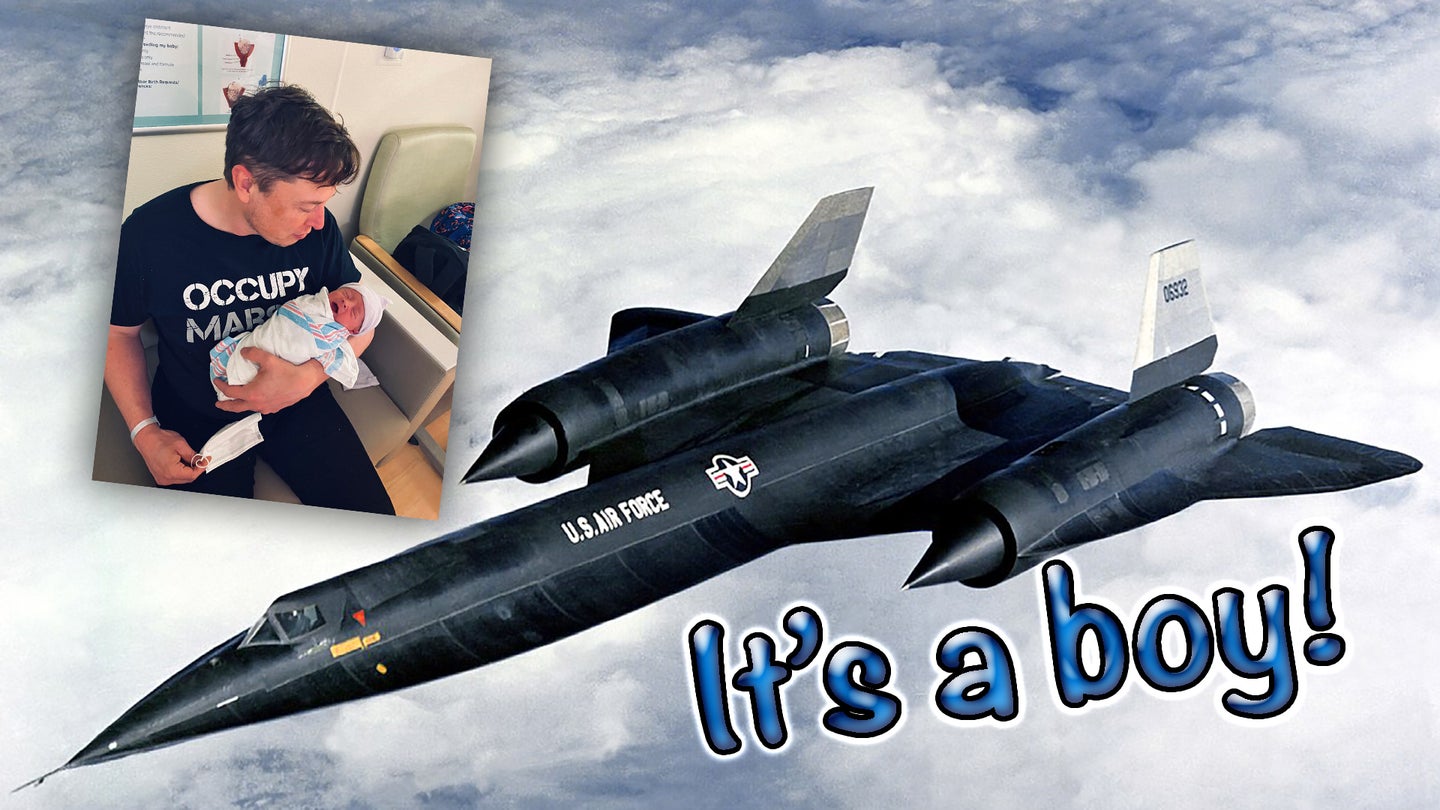 Well, there's never a dull moment in Elon Musk land! After the SpaceX and Tesla founder and his partner, the pop singer Grimes, welcomed their newborn into this world, they declared that the boy's name would be "X Æ A-12." Yes, you read that right. Social media had a field day with the announcement and people were speculating as to what the name meant, or if it was even real at all. Then Grimes tweeted out an explanation of sorts to the mysterious cipher.

It turns out, the child is partially named after Lockheed Skunk Works' Mach 3 spy plane it built for the CIA in the early 1960s, the A-12, known internally by designers during its development as "Archangel." The A-12 was the forerunner to the far more famous SR-71 Blackbird.

•Æ, my elven spelling of Ai (love &/or Artificial intelligence)

•A-12 = precursor to SR-17 (our favorite aircraft).  No weapons, no defenses, just speed.  Great in battle, but non-violent + (A=Archangel, my favorite song) ( metal rat)

The spelling of A-12 in her tweet is clearly a mistake, but it seems clear that the futurist couple has a huge affinity to Kelly Johnson's most enigmatic flying creation, just like many of us, although I don't think anyone has thought about naming their kid after it!

It isn't clear if the name is actually legal, laws vary from state to state as far as what you can name your offspring, but that isn't likely to stop the two from keeping the moniker.

If the name sticks, I would imagine he would end up as "Archie" or something similar, but you never know!

It is interesting that Grimes' favorite song shares one of the names with the A-12, the other names it received during its development and short operational service life was Cygnus and Oxcart.

Regardless, here's to Elon and Grimes, we wish your son X Æ A-12 the very best of health and happiness!