Carell and the showrunner of The Office have created a workplace comedy that may end up being a bit closer to reality than not. 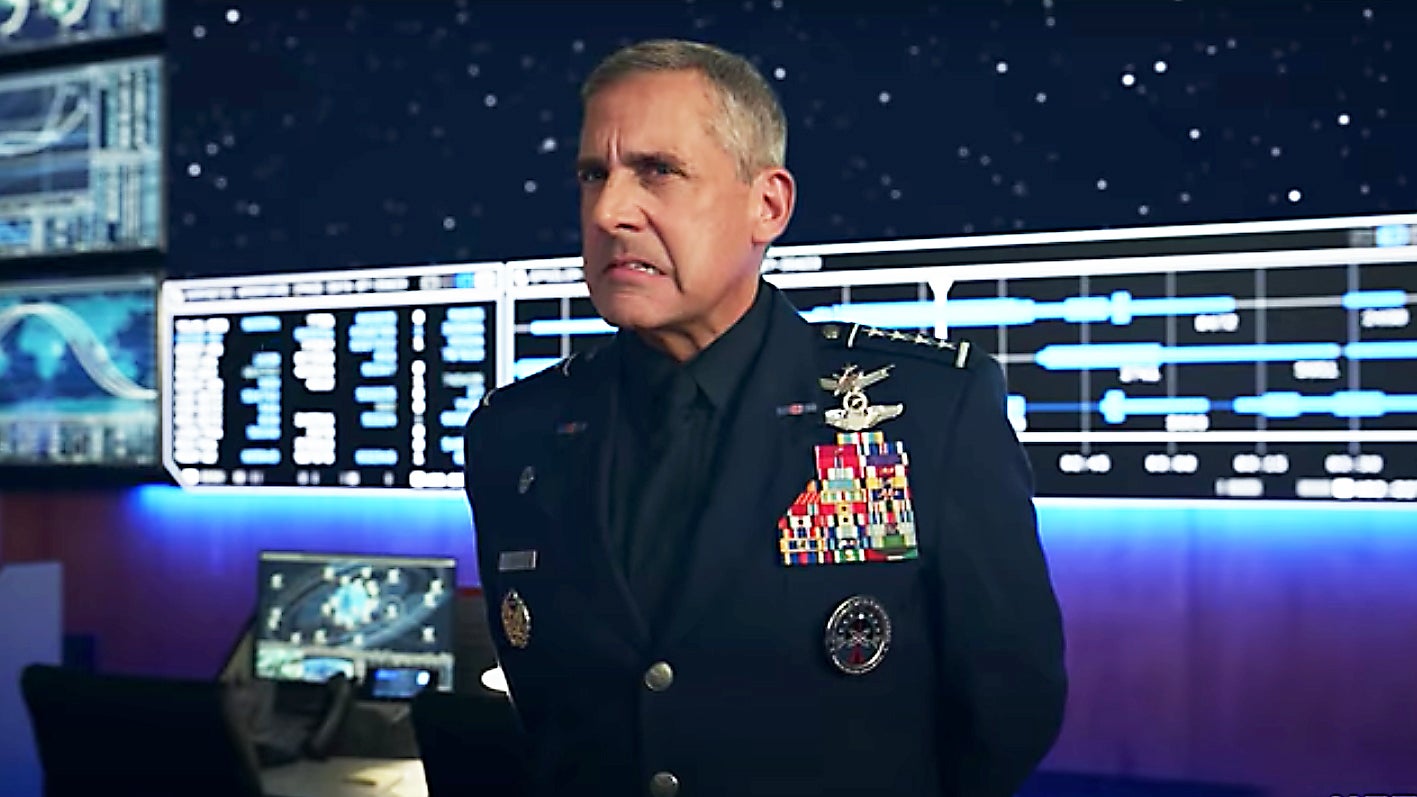 If you work are in the defense space, there are few shows that have ever looked as promising and bizarrely relevant as Space Force. Looking to be something between The Pentagon Wars and The Office, the show clearly aims to skewer the military-industrial complex and the current state of space affairs in the most entertaining way possible, and right now, we couldn't need it more. It will probably end up having more in common with cringe-worthy reality than fiction.

Listen, I am highly biased on this topic. The Office is one of the biggest comedy achievements in human history. It's a show that even after rewatching it multiple times, you can throw an episode on and forget about your problems and just commit to the laughs. In fact, in this bleak and sudden age of coronavirus, I have been doing exactly that.

It simply never gets old.

Steve Carell was the heart and soul of the show even though it had one of the best ensemble casts ever, with each member having unique and often unlikely comedy capabilities to deploy with uncanny precision. Still, Michael Scott absolutely owned the camera. He was so familiar yet so alien to all of us. He was a guy you loved just a little bit more than you hated.

When Carell left after the seventh season, the show just wasn't the same, although it was still good for some laughs and the guest stars, notably James Spader as Robert California, were excellent.

Now Carell and the creator of the U.S. version of The Office, Greg Daniels, have teamed up for Space Force and they brought with them an insane cast of familiar players that will make this show failing pretty damn challenging.

The show revolves around General Naird, an Air Force pilot who always dreamed about running the branch, but instead, he gets assigned to start Space Force. Obviously, the premise is ripped from the headlines. The new branch's almost comic book-like superficial absurdity has already drawn a ton of public interest, as well as the fact that it is one of President Trump's pet projects. So, the show is already mirroring reality to a remarkable degree just based on its premise alone.

The thing that made The Office so great was writing that may have been sensational, but it emanated from a large reservoir of common truths about the office workplace and the characters that you end up finding in it. The petty rivalries, the clamoring for attention from superiors, the enduring of often flawed business strategies, the lack of actual work, it was all there. Nearly everyone could relate.

Space Force will undoubtedly mine similar rich ground within the sprawling and often clumsier than not military apparatus and the huge industry that supports it. The controversial metamorphosis of the space launch industry and the migration to commercial access to low earth orbit and possibly beyond is another honey hole that Space Force is sure to exploit for laughs.

I mean take the news today, Tom Cruise is working with Elon Musk and NASA to shoot an action movie on the International Space Station. There is so much spoofing to do with mega-rich odd-ball tech celebrity personalities alone and society's elevation of wealthy nerds to rockstar status. That is social commentary we desperately need!

If you work in the defense industry or especially in defense media, sometimes you just have to laugh. There is so much waste, mismanagement, bizarre egos, misplaced bravado, political correctness and political incorrectness, let alone crazy ideas that cost billions of dollars and are extremely destructive by design, it can get outright absurd. The fact that it is all about war, or peace, depending on who you ask, is another dark element that is sometimes hard to quantify.

With all this in mind, I think Space Force could be a spoof for the ages—a show that is in fact far closer to reality than some may care to believe.

That alone could make this series truly out of this world.

Space Force blasts off on May 29th on Netflix.