Only one of the U.S. Air Force's two OC-135B surveillance aircraft is available to conduct missions under the Open Skies Treaty, a reality that is set to continue to be the case at least for the next two years. The other jet is now undergoing testing of a new digital camera suite, which replaces earlier wet-film cameras, and the other countries that are party to the agreement, including Russia, will need to re-certify that it is treaty compliant before it can return to service in this role. All of this comes as President Donald Trump's Administration is eying abandoning the deal, which allows signatories to conduct largely unimpeded surveillance flights over each other's territory, arguing that the Kremlin is abusing its provisions.

On Apr. 28, 2020, Air Force Lieutenant Colonel Carla Gleason, a Pentagon spokesperson, confirmed to The War Zone that one of the OC-135Bs has received the Digital Visual Imaging System (DVIS) upgrade and is now in testing. The Air Force's 55th Wing at Offut Air Force Base in Nebraska still "maintains one Treaty certified wet-film aircraft to conduct Open Skies missions," she added.

The Air Force first awarded Virginia-headquartered KIHOMAC the contract, valued at $36.6 million, to modify both of the OC-135Bs with the DVIS cameras and associated equipment in 2016. The work was supposed to take three years. The estimated completion date for the upgrade program is now February 2021 and the total estimated cost has risen to $43.9 million, according to GovTribe.com.

"The committee supports recapitalization of the OC–135 but remains concerned about the Air Force’s ability to stay on schedule and meet the fiscal year 2022 aircraft certification and treaty compliance date," a 2019 report from the House Armed Services Committee notes. "Unanticipated technical challenges with the DVIS sensors have already affected the schedule and could cause additional delays if not remedied soon."

It's not clear exactly when KIHOMAC delivered the modified OC-135B to the Air Force for testing. In January, the company did highlight a meeting with personnel from the Air Force's Legacy Tanker Division at Tinker Air Force Base, which is overseeing the DVIS program, on its social media channels. The post said that the firm had presented a model of the upgraded jet and involved the presentation of a challenge coin with the DVIS program logo. The model's markings indicate that OC-135B serial number 61-2672 is the aircraft now carrying the DVIS package.

The complete modification package includes two types of paired digital high-altitude cameras, one being a panchromatic type and the other being a RGB type, as well as a four-pack of digital low-altitude RGB near-infrared cameras. The DVIS modifications also involve the installation of new digital sensor operator work stations, equipment racks, and camera bay gimbals.

The cameras, and their associated equipment, offer improved reliability and ease of use over the aging wet-film cameras and dramatically shortens the time necessary to process the images after a flight. The cameras' fidelity is still within the limits the Open Skies Treaty imposes, restrictions that are intended to prevent parties from exploiting it to gather more granular intelligence information that is not in keeping with the agreement's principles.

The agreement is intended to enable signatories to conduct largely unfettered flights over the territory of other members to broadly observe military activities. The process by which these flights are scheduled and monitored is heavily regulated. The underlying goal is to promote transparency and reduce the chances of dangerous misunderstandings, such as a military exercise being misinterpreted as a prelude to an invasion. The Treaty entered into force in 2002 and there are now 34 states signed up to it, including the United States and Russia.

The Open Skies Treaty has been the subject of growing controversy for years now, with critics in the United States arguing that Russia has been violating its terms, including by restricting the time of flights over its Kaliningrad enclave on the Baltic Sea and its southern border near a pair of breakaway Georgian regions that Moscow recognizes as independent countries. You can read more about these treaty compliance issues in detail in this past War Zone piece.

These issues have led to a number of tit-for-tat responses between Washington and Moscow. Most recently, in September 2019, Russia blocked a U.S. request to overfly the Center 2019 military exercise on the grounds that it could not guarantee the safety of the aircraft over an area of active maneuvers. The U.S. government has disputed that this was the real issue, but the Treaty does say it is a valid reason for declining to allow an overflight.

Some members of Congress have also alleged, without providing evidence, that Russia has used the treaty as a cover to conduct unscheduled surveillance missions over U.S. territory and may be using sensors that are not treaty compliant. It is hard to see how this could be possible given the lengthy inspections of the aircraft and the presence of U.S. monitors on board during flights after they arrive in the United States.

In 2018, the Trump Administration went so far as to briefly refuse to certify Russia's newest Tu-214ON Open Skies aircraft. The U.S. did have concerns over the years about the sensors that the Tu-214ON might carry, but the Russians ultimately deployed it with the same digital camera suite that it had already certified on its older Tu-154M-LK-1 aircraft. It remains to be seen whether the Kremlin objects in any way to the installation of DVIS on the OC-135Bs, which gives the United States comparable capabilities to the Russian aircraft.

The improved capabilities that the DVIS camera suite offers may also be limited by the aging and increasingly unreliable nature of the OC-135B aircraft themselves. "The current aircraft are old, have bad maintenance rates and are prone to breakdown in Russia, putting our crews in bad situations where they are harassed by Russian authorities," Representative Don Bacon, a Nebraska Republican, a proponent of the Open Skies Treaty, and former commander of the 55th Wing, said in March.

So far, this year, the United States has piggy-backed on a number of allied Open Skies flights, likely due in part to the availability of the OC-135B aircraft, including the fact that one is now not treaty compliant due to the upgrade process. The COVID-19 pandemic has also curtailed some Open Skies missions.

All of this may be increasingly moot as more reports emerge that the Trump Administration is moving to exit the treaty entirely. Critics of the deal in Congress have repeatedly highlighted the aforementioned Russian violations of the treaty and alleged covert activities to underscore their arguments. They also claim that the Kremlin gets more out of the deal than the United States, which could easily conduct the same kind of surveillance using satellites. The Russian government also notably has much more limited access to space-based imaging capabilities than the United States.

Those same critics had also previously sought to block Air Force efforts to acquire newer business jet type aircraft equipped with the DVIS camera package to replace the OC-135Bs. In March, the Pentagon said it was holding off on finally awarding the contract for these replacement jets until it was clear whether U.S. participation in the Open Skies Treaty would continue for the foreseeable future.

It is worth noting that, by the Air Force's own admission the United States conducts more Open Skies flights each year than Russia does. Supporters of the Treaty point out that Russia and the United States are not the only two parties to the deal. The agreement enables many smaller countries, such as Georgia and Ukraine, to conduct their own overflights over Russian territory, offering them surveillance opportunities to monitor potential nefarious Kremlin activity that would almost certainly be unavailable to them otherwise.

Whatever happens now, the Air Force's ability to conduct Open Skies missions using its own aircraft has already become more limited with only the one OC-135B equipped with the old wet-film cameras available for these flights now and the first aircraft carrying the new digital cameras is still years away from being certified as treaty compliant. 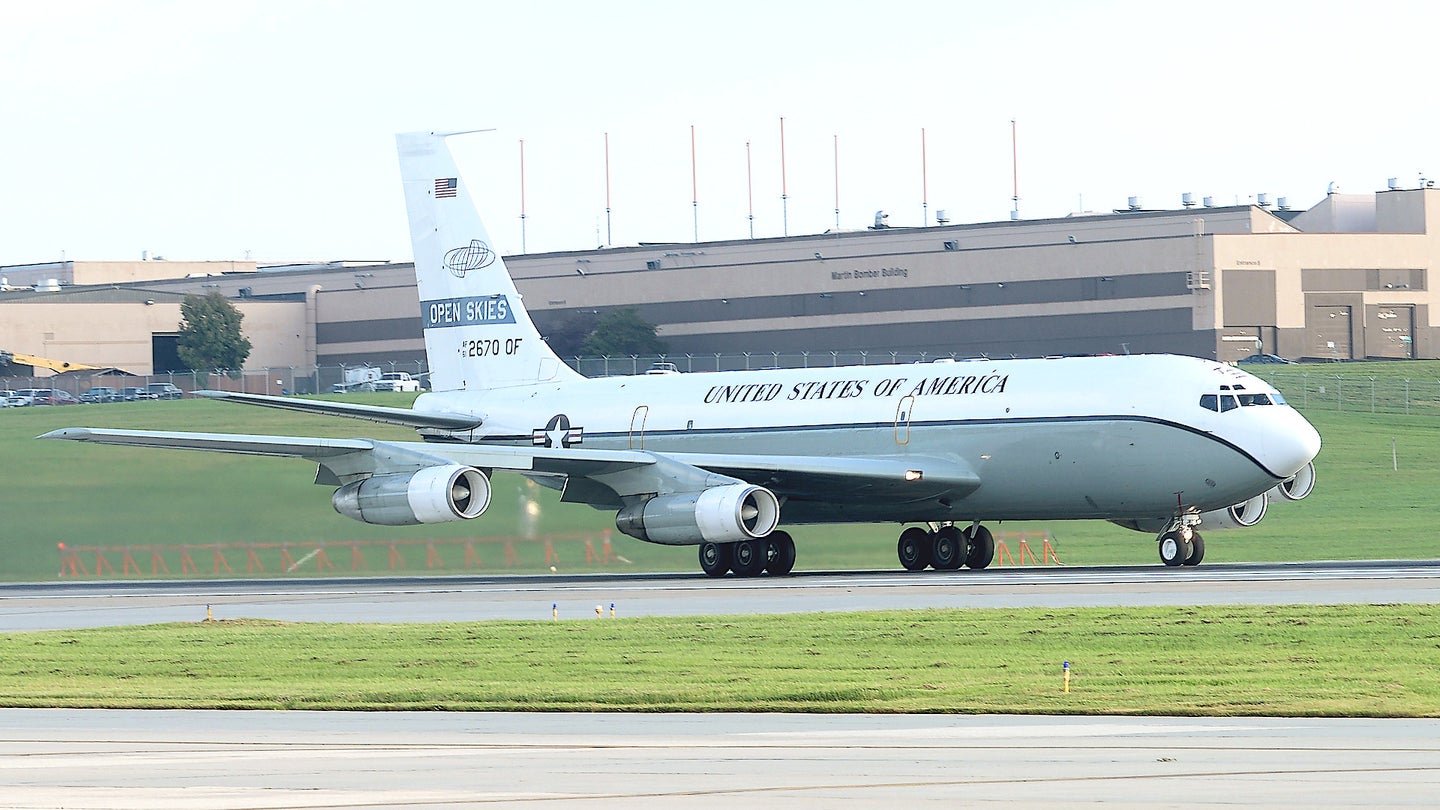 U.S. lawmakers have long argued that the Kremlin is exploiting the treaty, but proponents note it has been immensely beneficial to smaller countries. 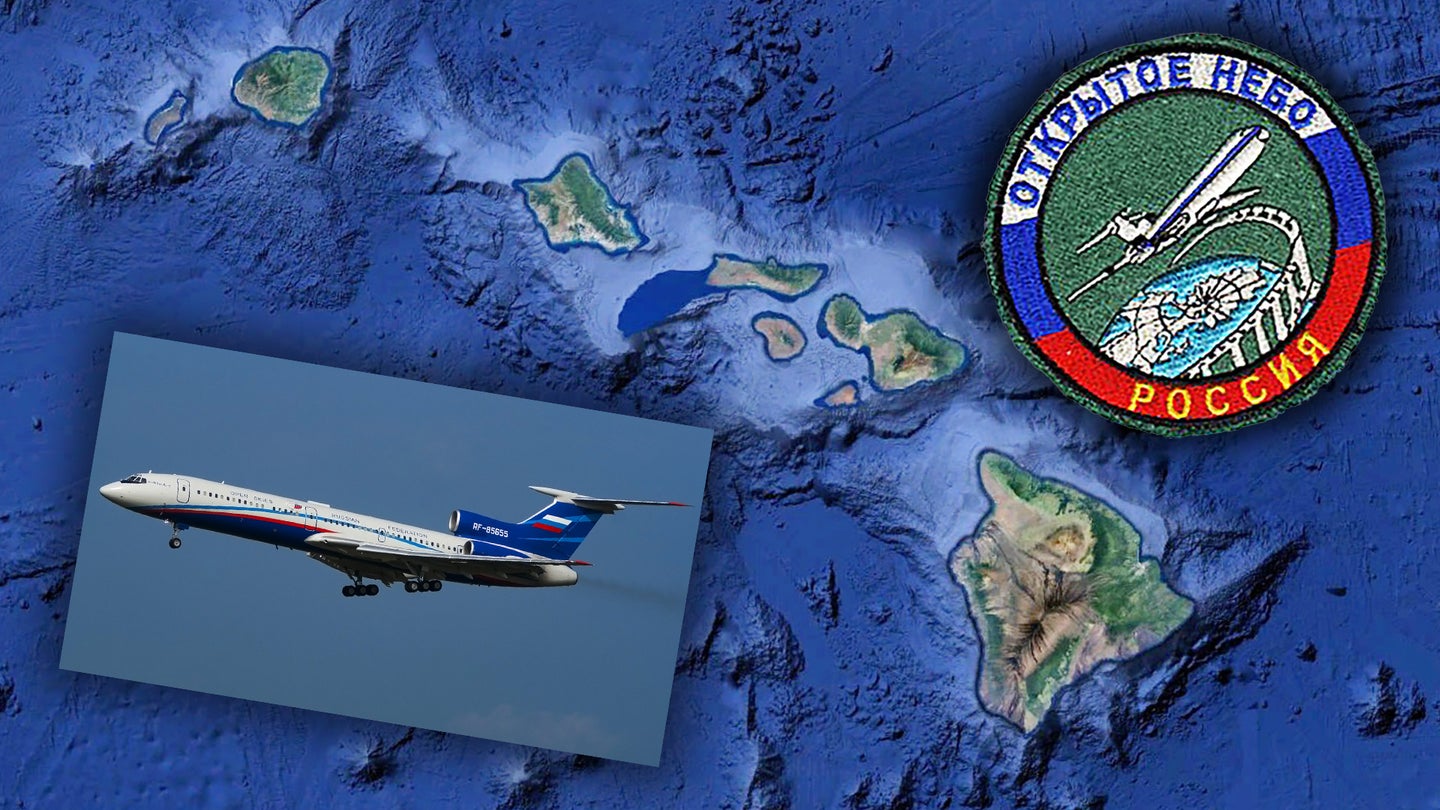 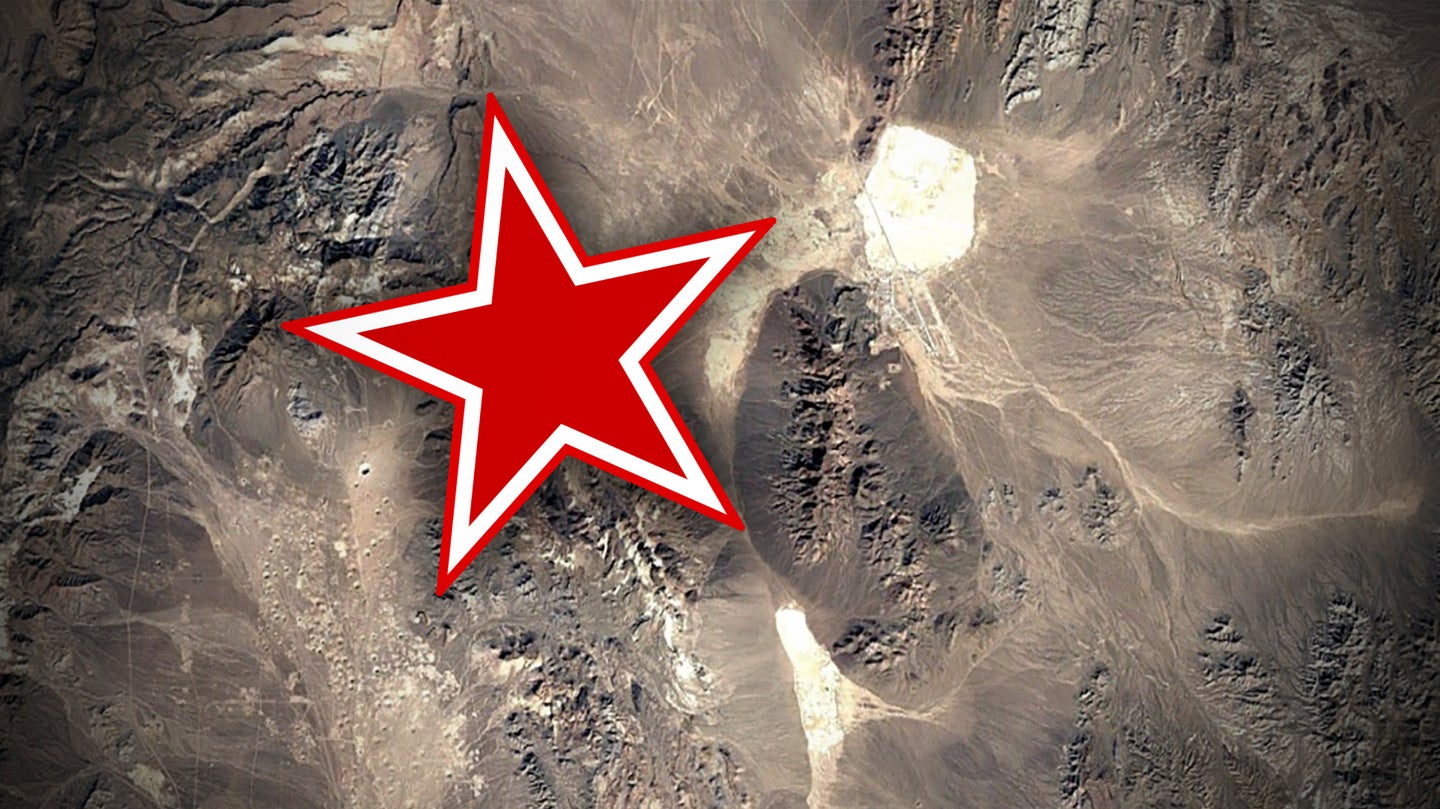