The U.S. Navy is reportedly looking to order the first of its new frigates, presently referred to as FFG(X), months ahead of schedule. The plan is borne out of concerns about America's shipbuilding industry and associated supply chains, especially amid the COVID-19 pandemic. It could also involve hiring a second shipyard to help with the production.

was first to report the Navy's possibly imminent award of the contract for the first 10 frigates on Apr. 28, 2020. Defense News had also reported in February that then-Acting Secretary of the Navy Thomas Modly was looking into accelerating the acquisition and that a contract award could come "within the next few months." The service wants to buy at least 20 of these ships, which are to be derivatives of an existing in-production design, and had previously said that it would pick a winner in July 2020.

The FFG(X) contract has long presented a lucrative opportunity, with the Navy expecting to pay around $1.2 billion for the first example. The service has said it hopes that leveraging a design that is based on one already in production together with proven technologies will help drive the average unit price of the first 20 ships down closer to $800 million, in the end.

Four contenders are still vying for the FFG(X) contract. Italy's Fincantieri Marine Group has submitted a design based on its Fregata Europea Multi-Missione (FREMM), or European Multi-Mission Frigate. General Dynamics Bath Iron Works teamed up with Spanish shipbuilder Navantia to offer a derivative of the latter shipbuilder's F100 Álvaro de Bazán class. Austal USA has pitched an expanded version of its Independence class Littoral Combat Ship (LCS). Lastly, there is Huntington Ingalls, which has categorically declined to offer details about its proposal, which is widely believed to be a variant of the Legend-class National Security Cutter that it developed for the U.S. Coast Guard.

Lockheed Martin had presented an enlarged variant of its Freedom class LCS, but dropped out in May 2019. The firm is still a member of the team of subcontractors behind Fincantieri's FREMM proposal.

The Maryland-headquartered defense giant also remains a key supplier of systems that will go into any winning FFG(X) design, including the COMBATSS-21 combat system, which is a derivative of the Aegis combat system, and the Mk 41 vertical launch system. The Navy's requirements call for at least a 32-cell Mk 41 array, which are to be primarily loaded with quad-packed Block II RIM-162 Evolved Sea Sparrow Missiles (ESSM), for a total of 128 missiles. These cells could accommodate other weapons, in the future, as well.

The FFG(X) will also have deck-mounted launchers for RGM-184A Naval Strike Missiles, as well as a 57mm main gun in a turret on the bow and torpedo tubes. The Navy has also said it wants proposals that set aside potential space and power generation capabilities for directed energy weapons, which the service is actively developing now.

The Navy wants its frigates to have a three-face fixed array Enterprise Air Surveillance Radar (EASR), a modular active electronically scanned array type that you can read about more in this past War Zone piece, as its primary sensor. The ships will also have various sonars, visual and infrared sensors, and electronic warfare suites.

All told, the FFG(X)s, which The War Zone has previously explored in-depth, are set to be capable multi-purpose ships with robust anti-aircraft, anti-surface, and anti-submarine warfare capabilities for their size. The Navy has billed these ships as an important component of its overall surface fleets for years to come and this has remained the case even as it has gone back and forth internally, as well as with the Office of the Secretary of Defense and the White House, over its future force structure.

On Apr. 20, Defense News reported that an Office of the Secretary of Defense assessment had notably called for cutting the total number of Navy aircraft carriers from 11 to nine, despite a legal requirement to do everything possible have at least 12 flattops in service, and to essentially freeze the size of its large surface combatant fleets. The latter category includes its Arleigh Burke class destroyers and Ticonderoga class cruisers. The service is presently exploring options for replacing the Ticonderogas and older Arleigh Burkes, including a common hullform design that could fill both roles.

That same study called for adding 15 "small surface combatants," likely FFG(X)s, on top of the proposed purchase of 20 of these frigates. It also proposed dramatically expanding the Navy's unmanned surface and undersea vehicle fleets, something the service has been increasingly in favor of doing itself, which you can read about more in this past War Zone piece.

How an accelerated purchase of the first batch 10 FFG(X)s might impact these plans is unknown at this time. "After the first award for ten ships, the Navy will launch a new competition for the next ten, possibly splitting the class and giving other shipbuilders another bite at the apple," according to Breaking Defense.

It's not clear if the Navy intends to entertain offers for a second batch of entirely different frigates. The service has hired multiple shipyards to build the same classes of surface warships, as well as submarines, in the past. This includes its last class of frigates, the now-retired Oliver Hazard Perry class, which Bath Iron Works and Todd Pacific Shipyards both built in the 1970s and 1980s.

However, previously, the Navy has made these multi-yard arrangements from the very beginning, not after buying an initial batch of the ships. It is possible that the service could decide to hire a different company to build entirely different ships, just as it did with LCS program. Of course, the much-derided decision for a split-class buy for LCS was also made at the start of the production of those ships, so the Navy's FFG(X) plans could reflect a new acquisition model for such purchases.

Regardless of how it plays out, this is a move that seems primarily aimed at helping to shore up the U.S. shipbuilding industrial base by offering an opportunity to spread work around to multiple shipyards. Congress has already sought to intercede and add in "buy American" requirements for the FFG(X) program, which the Navy has said could lead to delays and cost increases. The Navy may also just feel that it will need multiple yards to build 20 frigates within its desired timeframe.

For years there have been larger concerns about the long-term viability of American shipbuilders and the stability of the entire shipbuilding industrial base. The COVID-19 pandemic has only put additional and more serious strains on supply chains across virtually all industries, including defense concerns, such as shipbuilders, making those issues even more pronounced. The underlying fear is that if a significant number of shipyards were to curtail operations, or close outright, that there might not be the necessary capacity to surge ship production, a decidedly long lead time affair to begin with, during a major conflict or other crisis.

However, a competition to hire a different yard to build a ship it has no experience with could lead to cost growth and delays and favor the firm that won the initial contract. Still, the fact that the Navy wants to choose a very mature design, to begin with, could help offset that risk.

On the other hand, buying and operating two different types of frigates could also lead to increased costs, though the use of common systems could help mitigate that to some degree. In both cases, competition between companies could also put pressure on them to lower the price of their bids.

It will be very interesting to see how the Navy proceeds now with FFG(X), and what winning design it might pick, even if just for the first batch of 10 ships, and how that might impact its overall planning regarding its surface fleets going forward. 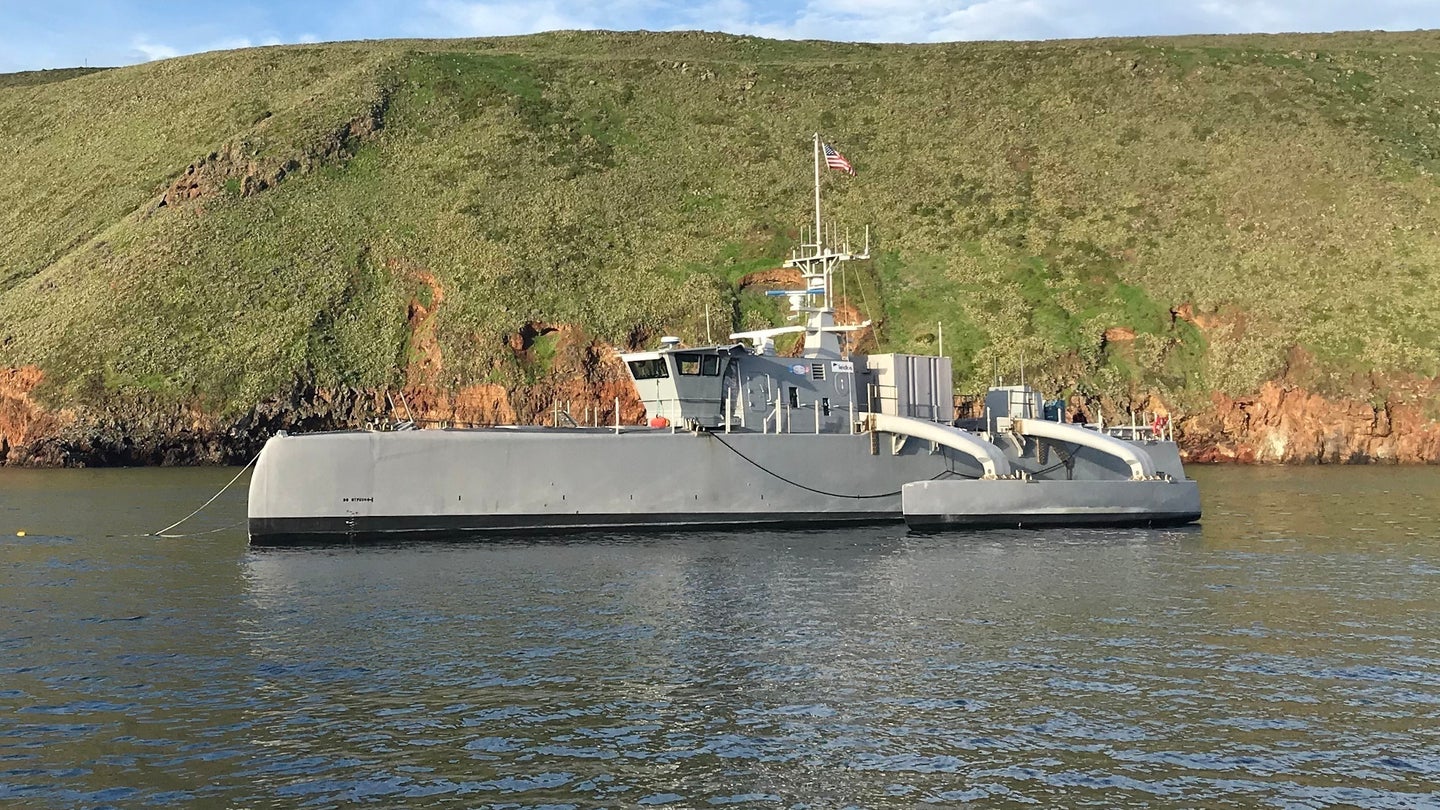 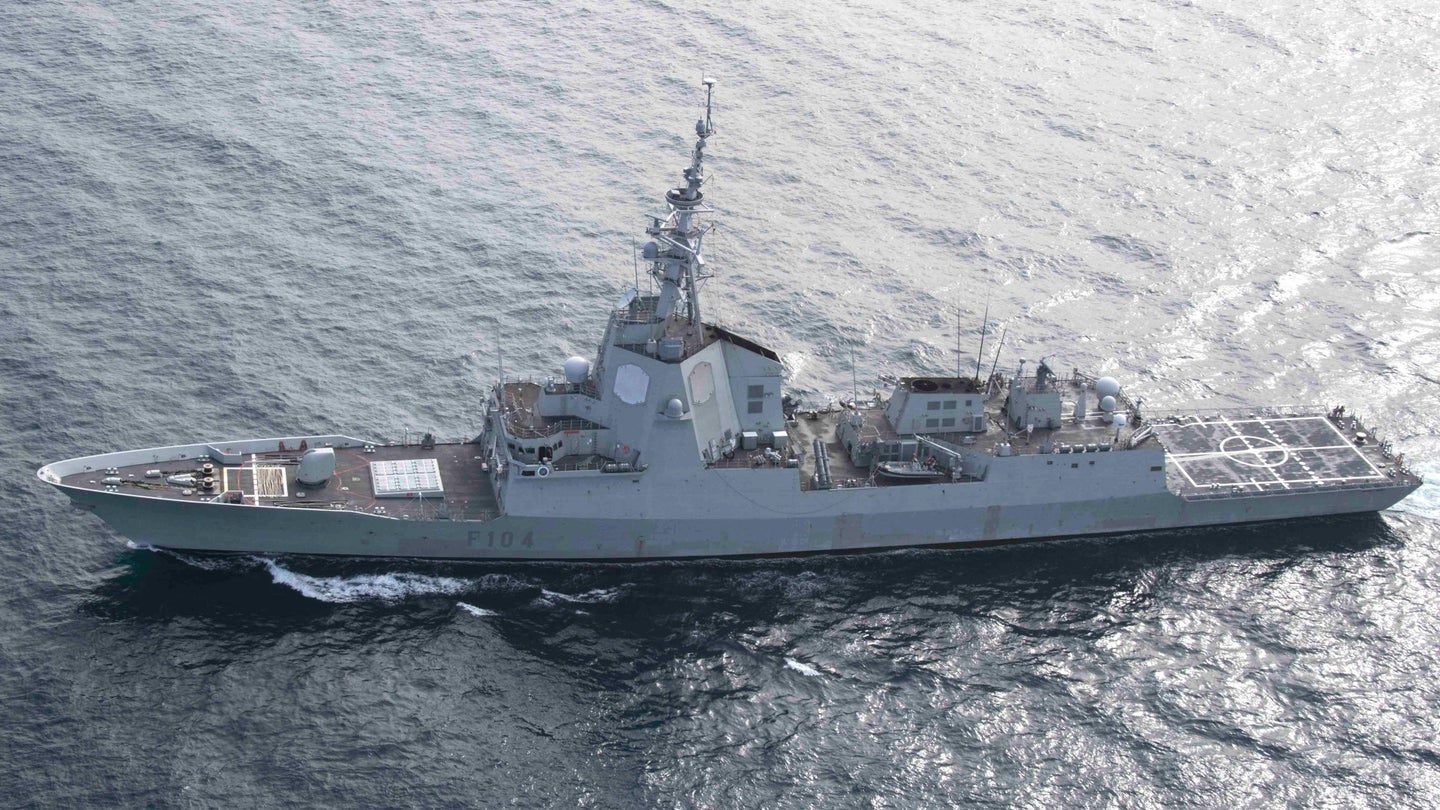 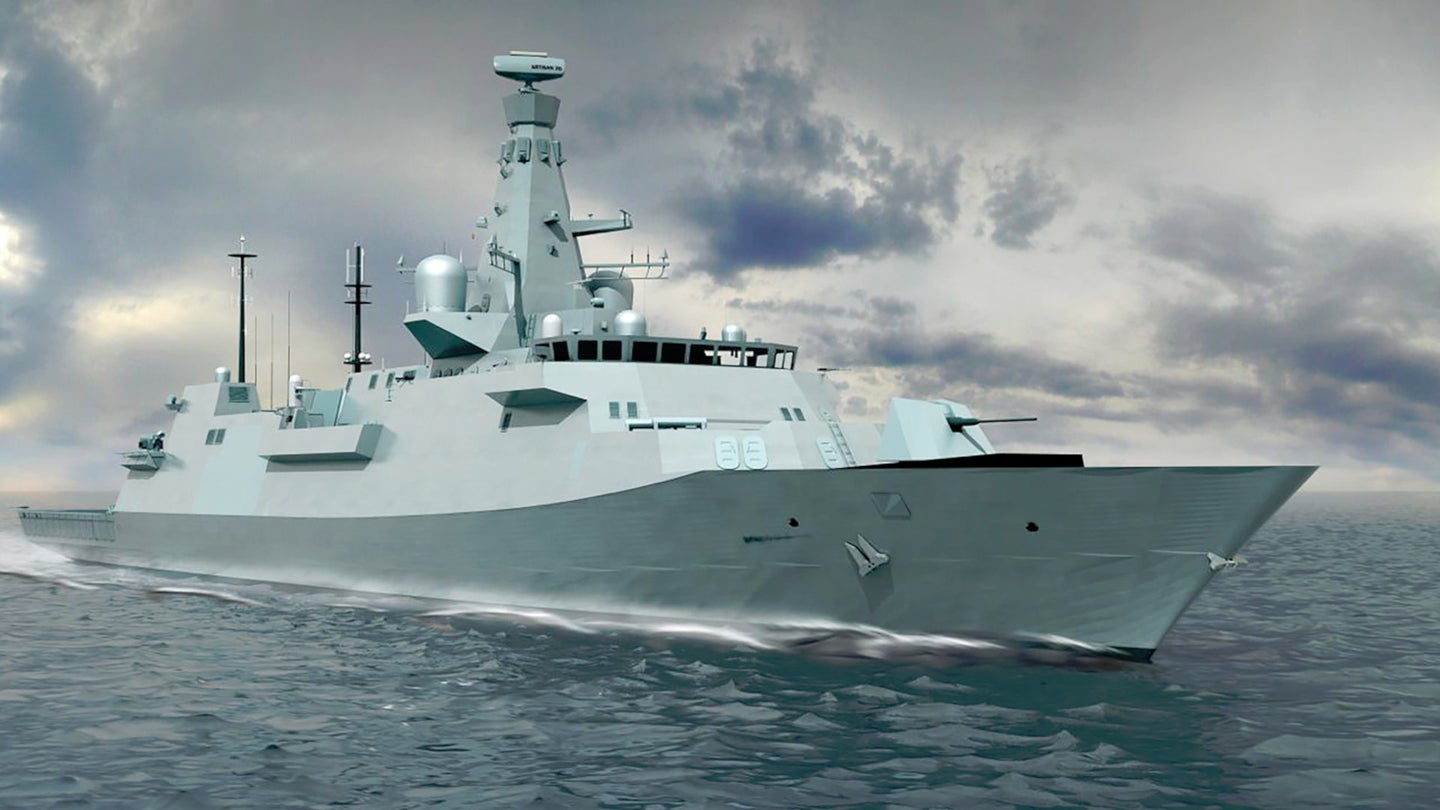