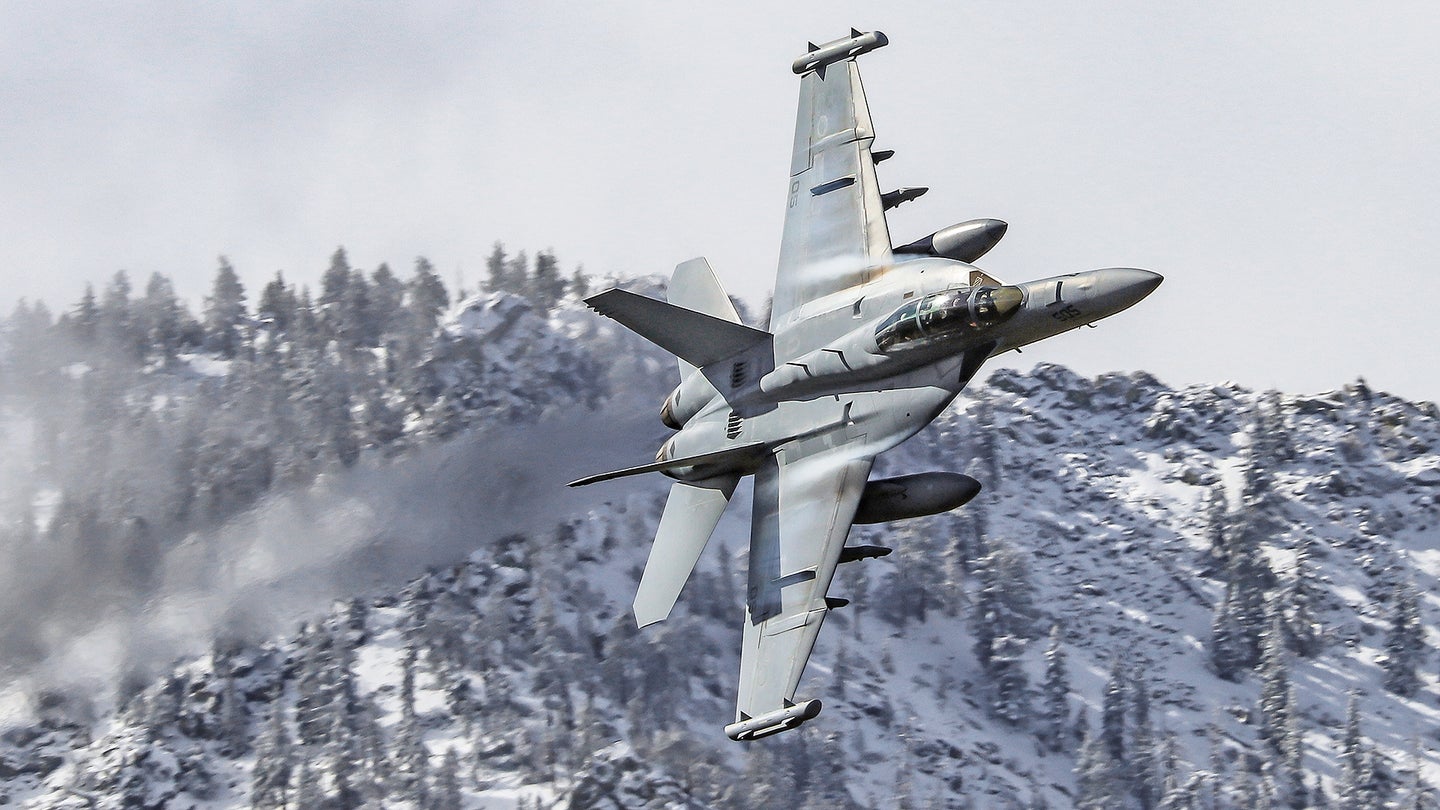 Arguably the most stunning military aviation images taken on terra firma these days are being shot by Christopher McGreevy, who goes by the handle Ohwiss on his must-follow Instagram page. They show America's greatest fighters and trainers blasting through incredibly rugged and beautiful terrain at very low-level. While the Mach Loop in the UK is famous for this kind of aviation photography and the now tragically restricted Star Wars Canyon was once a similar Mecca for aviation photographers, no well-defined vantage points exist today in the United States for capturing this kind of action. McGreevy, an adventurous spirit, didn't let that stop him. He decided to hunt down new perspectives to quench his military aviation low-level flying thirst and the results of his efforts are absolutely stunning.

The images you are about to see below didn't just fall into Chris's lap, nor were they taken while sitting in a car outside the airport fence—he puts the work in. They are captured deep in the Sequoia National Forest at a number of undisclosed locations. We asked Chris a bit about his passion for this unique form of photography and how he successfully captures $80M fighter jets ripping through rugged terrain at over 500 miles per hour:

"I've had an interest in aviation since I can remember. My Grandfather was a B-24 pilot in the Pacific and TWA Captain, so as a kid I spent a lot of time at airports and playing with model airplanes. As a teen, I moved onto building models, flight simulators, and borrowing my parent's film camera for airport day trips. Somewhere along the way airliners started to lose my interest and low-level military flying became the ultimate shoot for me.

Star Wars Canyon was a great place for that, but with the closure, a few others and I were forced to search elsewhere. I love spending time in the backcountry and hiking, so hunting jets out there is a fun addition to those trips.

Gone are the days of driving your car to a paved parking lot at Star Wars Canyon and getting quality shots. Hiking an hour or more in the mountains or desert with 50 pounds of cameras, water, radios, and a map is now the norm. I spent a lot of nights looking at maps, searching for spots that I think a jet could fly, then I try to plan a day to go and see for myself.

I always check the weather beforehand and make plans based on that—sunny and calm winds are what I'm looking for. These trips typically involve a lot of hiking and bushwhacking through brush, so the danger of snakes and ticks are always on my mind. I've encountered a few rattlers, came home with a tick, and even saw a black bear once.

Once I'm at my destination I rely on several scanner radios that I bring, each scanning a few specific frequencies, but my ears are the best tool I've got. The sound difference between a jet up high and down low is very recognizable, so I often sit in silence, just listening and waiting."

Here are some of the crazy results from Christopher's mountain hunts for metallic birds flying in their natural environment:

Some of you are probably asking yourself what gear was used to take these epic snaps. McGreevy tells us he shoots with Canon 7D Mark II, a 6D Mark II, a Sigma 150-600mm zoom lens, and his TRX1 and SD100 radio scanners are brought along for the assist.

Here's a big thanks to Christopher for letting us share his amazing work with the world. Make absolutely sure that you follow him over on Instagram, he has a ton of other shots taken outside of the remote low-level routes. Trust me, you will not be disappointed.