The Secretary of Defense has asked for more time to review those recommendations, which could result in yet another political firestorm.

The U.S. Navy's top leadership has recommended that Captain Brett Crozier, the former commanding officer of the Nimitz class aircraft carrier USS Theodore Roosevelt, be reinstated to that position. Former Acting Secretary of the Navy Thomas Modly had relieved Crozier of his command at the beginning of this month after the captain sent an unprecedented letter calling for dramatic action to mitigate a serious outbreak of the COVID-19 on board the carrier and avoid the death of any of his sailors. The entire debacle, which also included Modly making a bizarre speech on the carrier criticizing the crew and the media for their support of Crozier, quickly turned into a political firestorm, which resulted in the Acting Secretary of the Navy resigning.

Chief of Naval Operations Admiral Michael Gilday, the service's top uniformed officer, and the new Acting Navy Secretary, James McPherson, briefed Secretary of Defense Mark Esper on their recommendations earlier today, according to The New York Times. The recommendation to reinstate Crozier was part of a formal investigation into his conduct. Modly had sacked the captain ostensibly for breaching protocol over his letter's contents and for transmitting it over unclassified channels, which the then-Acting Secretary of the Navy had contended increased the likelihood that the missive would leak to the press and contained overly detailed information about the Theodore Roosevelt's readiness status. A subsequent report from The Washington Post had already shown many of these assertions, especially Modly's claim that Crozier's letter had gone directly to 20 to 30 different people, including individuals outside of his chain of command, were at best misleading.

However, Esper has now asked for additional time to consider the recommendations, despite Navy officials believing that the results of the investigation into Crozier would be announced formally sometime today, according to The Times. "Mr. Esper’s decision to hold up the investigation has surprised Navy officials, who believed that the defense secretary would leave the process in the hands of the military chain of command," the paper reported.

Esper publicly supported Modly's decision to fire Crozier and said he had not even read the captain's letter hours after it had first leaked in full to the press and had become a national news story back on March 31. For better or worse, the entire situation is now immensely political, with President Donald Trump at one point threatening to get involved directly and saying he had "heard very good things about ... both gentlemen," referring to Crozier and Modly.

What happens to Crozier now will not only be a referendum on how the Navy responded to his impassioned letter, but how it is handling the COVID-19 pandemic, in general. The captain had received a rousing sendoff from his crew after his firing and was widely lauded for his concern about the sailors' wellbeing.

At the time of writing, Theodore Roosevelt remains docked in Guam indefinitely with only a skeleton crew on board. The Navy has finished testing all of ship's nearly 4,000 crewmembers for COVID-19. There have been 856 confirmed cases. Of those, 112 individuals have recovered, but, one, Aviation Ordnanceman Chief Petty Officer Charles Robert Thacker Jr., has tragically died. At least six others have been hospitalized.

Crozier's letter warned that there could be more than 50 fatalities if efforts weren't undertaken to get the bulk of the carrier's crew into quarantined accommodations ashore. The captain also contracted COVID-19. Modly went into self-quarantine after his surprise visit to the carrier earlier this month.

The outbreak among the Theodore Roosevelt's crew represents a significant portion of the total confirmed cases of COVID-19 within the U.S. military. The Navy also has a higher overall number of confirmed cases than the U.S. Army, Air Force, or Marine Corps.

As of Apr. 23, the service had confirmed that there was at least one person with COVID-19 among the crews assigned to 26 different ships. It's not clear how many of those individuals were on their ships when they tested positive for the virus and what the risk may be to the rest of the respective crews.

Earlier today, the service did also confirm that there had been a new significant outbreak on the Arleigh Burke class destroyer USS Kidd. So far, 18 members of that ship's crew have tested positive, one of which was medically evacuated. Kidd, which had been conducting counter-narcotics operations in the Eastern Pacific, is now heading for as yet to be disclosed port in order to disembark its crew.

"The first patient transported is already improving and will self-isolate. We are taking every precaution to ensure we identify, isolate, and prevent any further spread onboard the ship," Rear Admiral Don Gabrielson, commander of U.S. Naval Forces Southern Command and U.S. 4th Fleet, said in a statement. "Our medical team continues coordinating with the ship and our focus is the safety and well-being of every Sailor."

had pointed out when news first emerged about the COVID-19 outbreak on the Theodore Roosevelt that it could become a canary in the coal mine-type event for the Navy with regards to how the pandemic might impact its operations. The virus's spread among the carrier's crew, and the confirmed cases among the crews assigned to dozens of other ships, all seems to vindicate Crozier and add weight to the concerns he expressed in his now-famous letter.

Assistant to the Secretary of Defense for Public Affairs Jonathan Hoffman now says that Esper received a "verbal update" from Navy officials on Crozier's case, but is now waiting on "a written copy of the completed inquiry," according to Politico. After getting the full report, "he intends to thoroughly review the report and will meet again with Navy leadership to discuss next steps," Hoffman added.

The Navy has now issued its own statement, according to Breaking Defense, saying Chief of Navy Operations Gilday presented his recommendations to Acting Secretary of the Navy McPherson, who is now in ongoing discussions with Secretary of Defense Esper. "No final decisions have been made.” 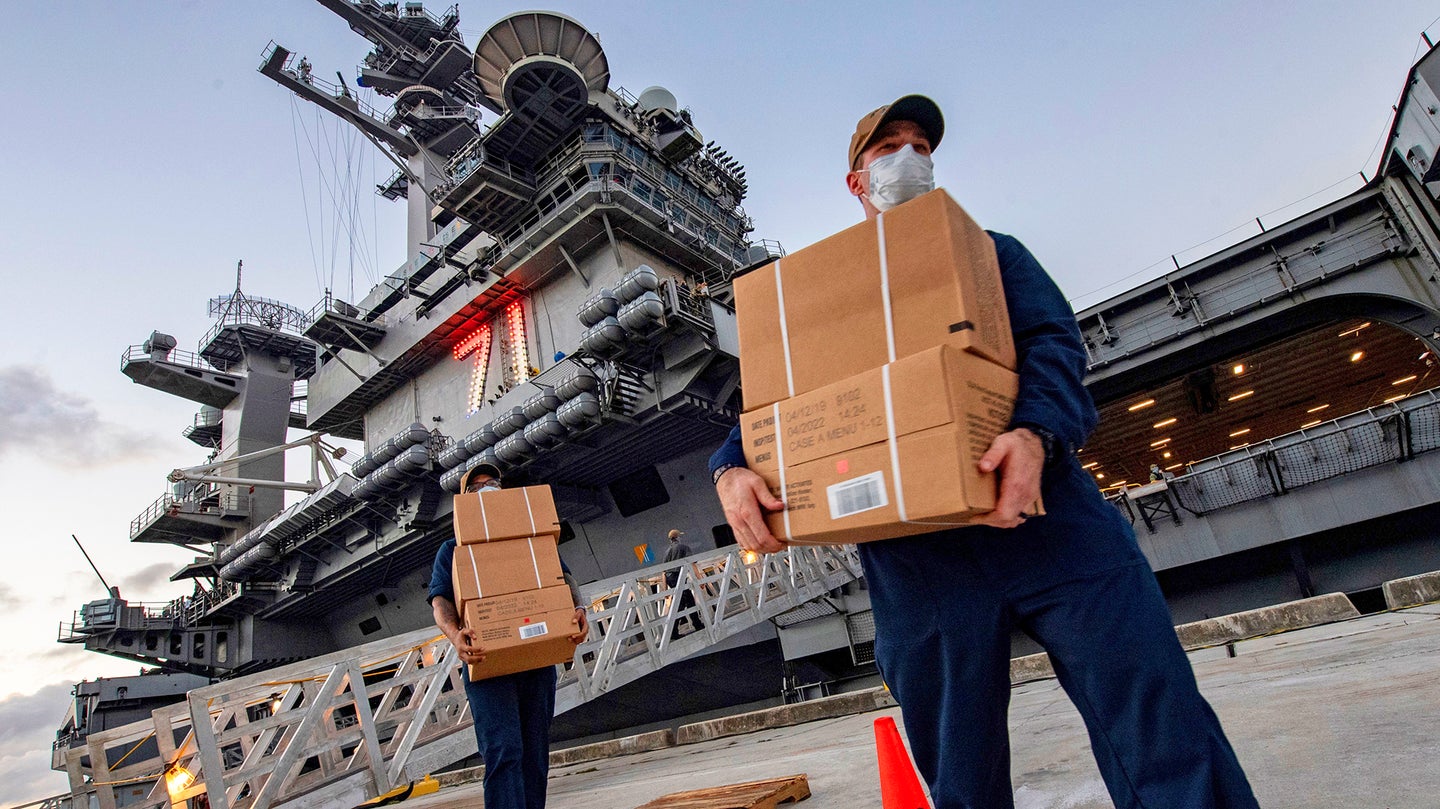 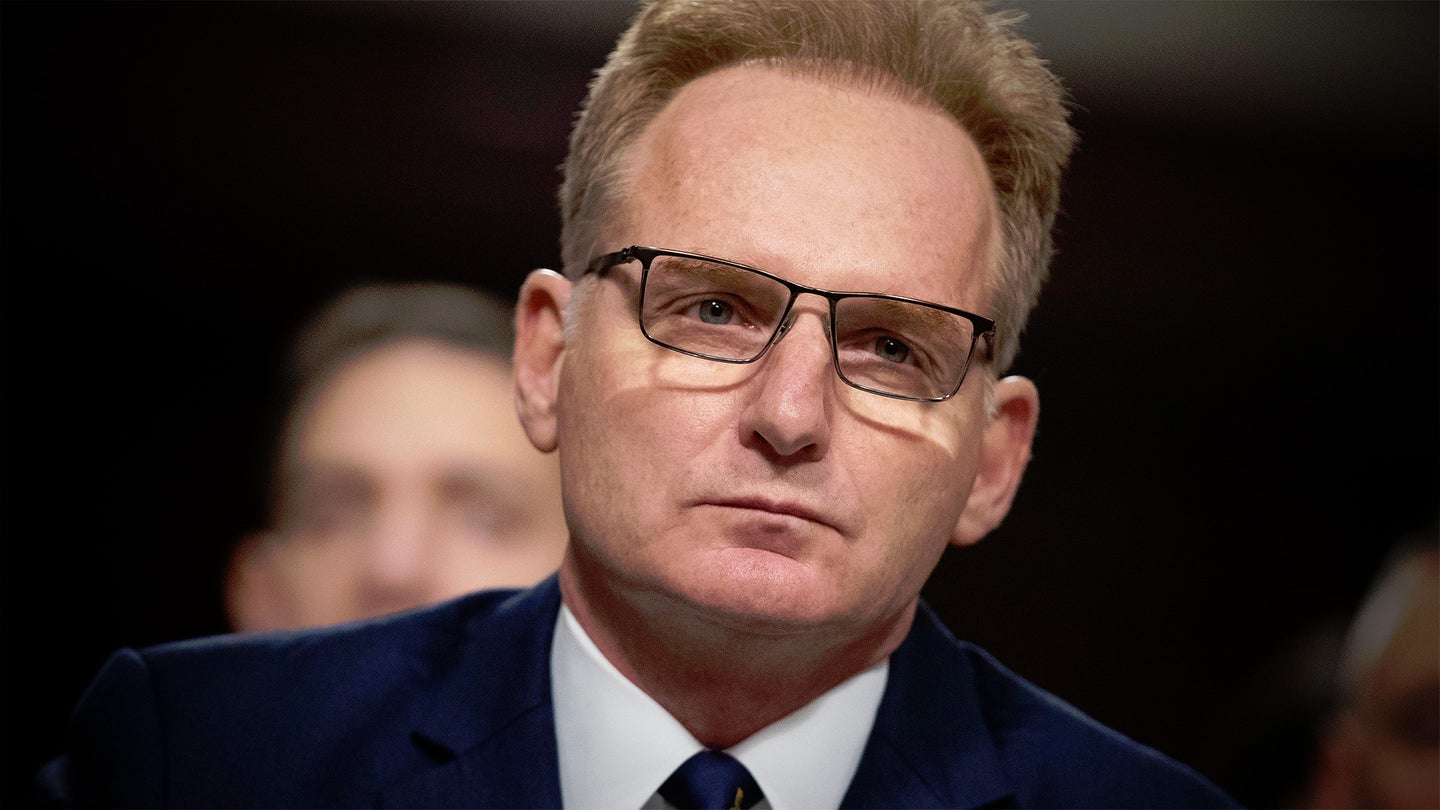 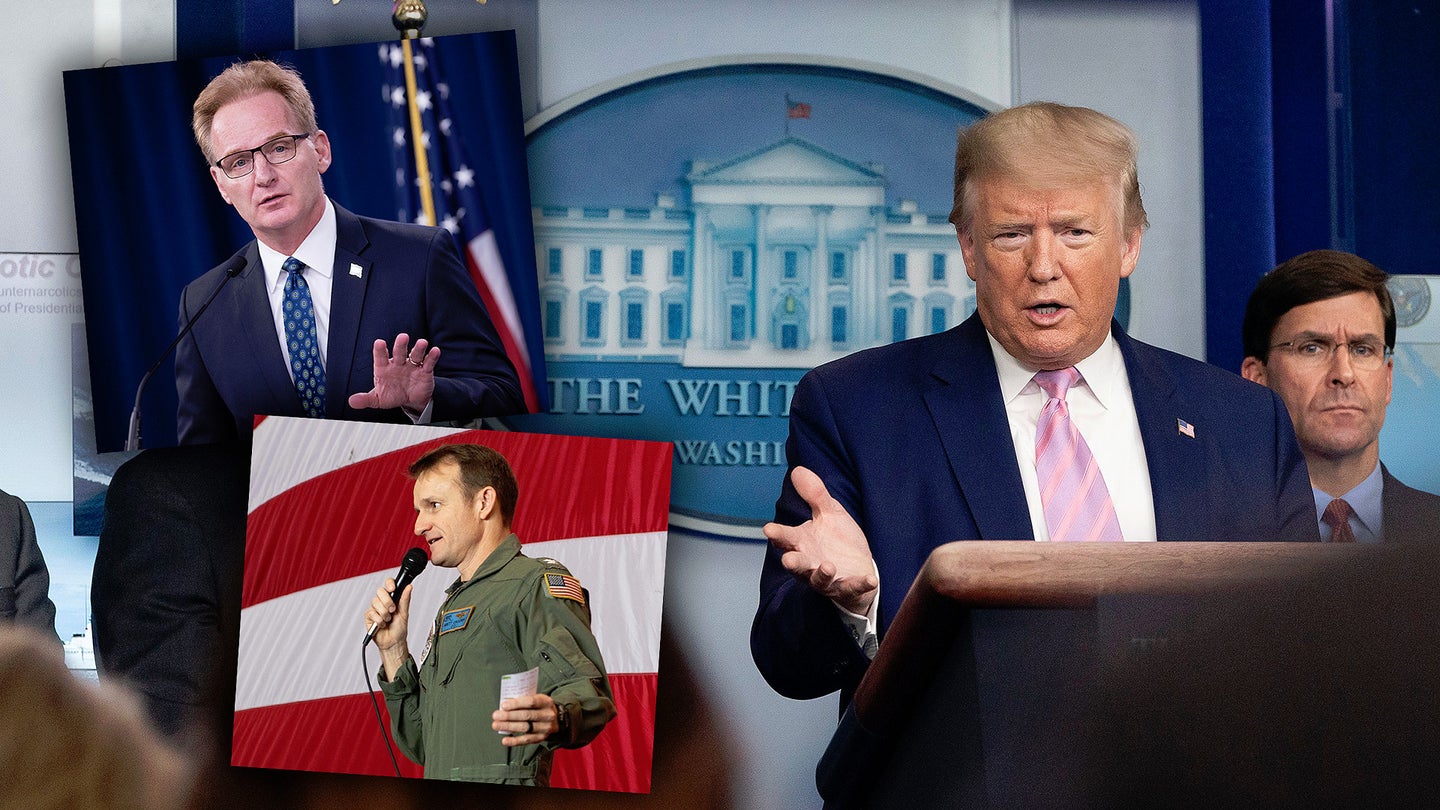