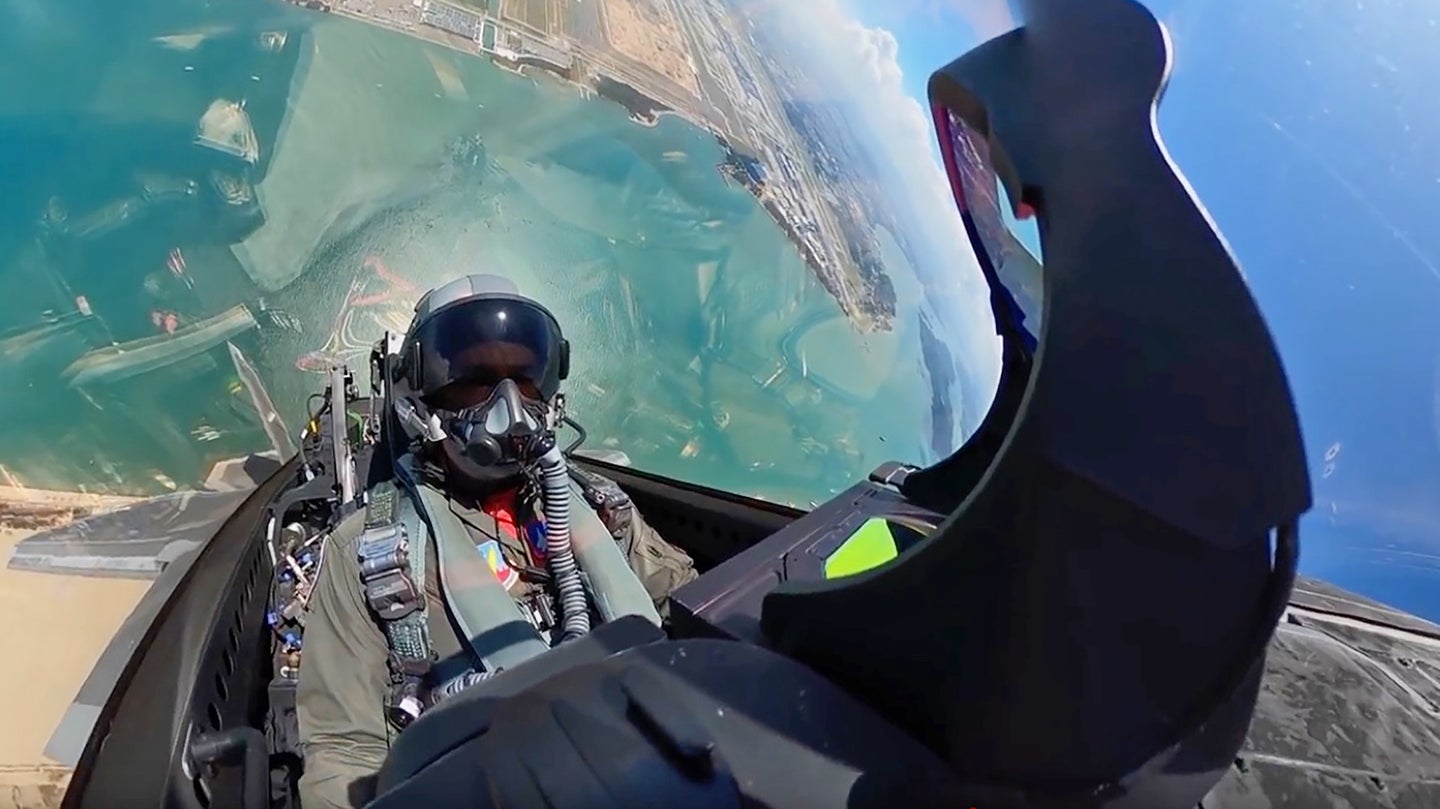 We have gotten short glimpses of the F-22 Raptor's jaw-dropping air show demonstration from inside the cockpit before, but now we get to see every one of its heart-pounding setpiece maneuvers from this unique perspective.

With a new pilot, Major Joshua "Cabo" Gunderson, at its helm for the 2020 season, the F-22 Raptor Demonstration Team was set for a big year on the air show circuit—that is before the COVID-19 nightmare struck the globe. With air shows canceled for months out, the team is still practicing, but there are no crowds to share the F-22's incredible capabilities with.

Well, at least in person.

Seeing that now is as good a time as ever to keep folks engaged with "Raptor Nation" as they social distance their spring away at home, the team put out the video below. It finally gives us that cockpit video of each maneuver we have been waiting for.

Check it out for yourself and make sure to keep an eye on the jet's massive and remarkably fast-fluttering computer-directed control surfaces as the Raptor is put through its paces:

Even nearly two and a half decades after its first flight, the F-22A is still a modern marvel and the king of the air-to-air combat domain. Supermanueverability, via two-dimensional thrust vectoring and those massive control surfaces tied to a fly-by-wire computer system, is one of the many features that have allowed the stealthy superfighter to retain its air superiority crown. This new video gives us yet another way to appreciate that extreme agility.

We can only hope that the back half of the 2020 air show season won't end in cancellation due to COVID-19. Check out the team's schedule and at least make some contingency plans to go see them in action in your neck of the woods, you will not be disappointed.

A big hat tip to our Brizzle, one of the members of our awesome commenting crew, for the heads up on the video!