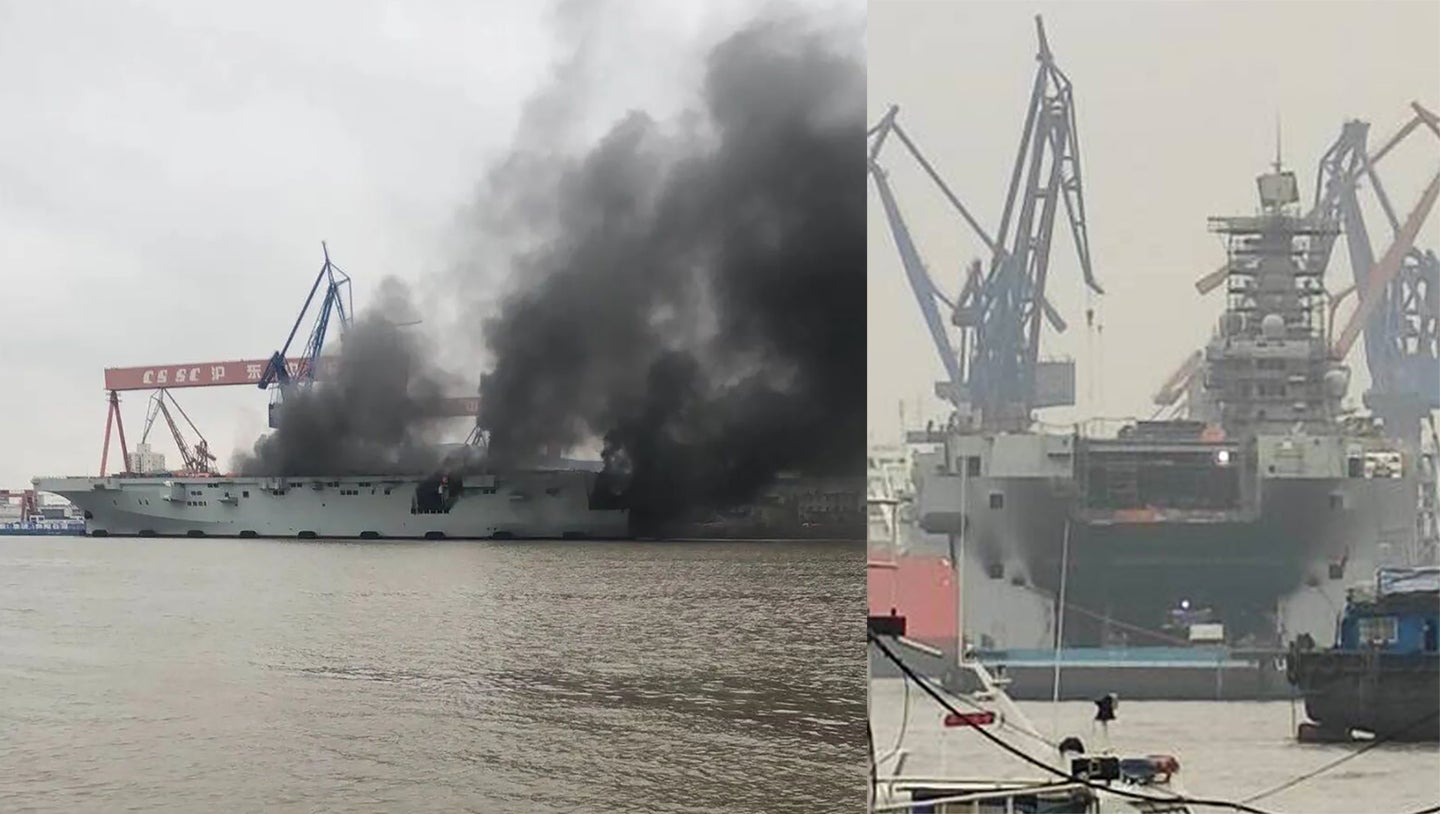 China's first big-deck amphibious assault ship, a huge vessel that was built in a miraculously short amount of time, caught fire on Saturday, April 11th, 2020. Photos and video showing the ship billowing large clouds of black smoke hit Chinese social media earlier in the day. The warship, which is the first of the new Type 075 class, was resting alongside the pier at its birthplace, Hudong–Zhonghua Shipbuilding in Shanghai, when the blaze broke out.

You can and should read all about the Type 075 and why it is a major accomplishment for the rapidly expanding People's Liberation Army Navy in this past piece of ours.

It is unclear how much damage has been done to the amphibious assault ship at this time, although it appears the fire emanated from, or at least involved, its well deck. A well deck is a floodable garage-like space that is used on amphibious assault ships for launching and recovering ship-to-shore transport boats and hovercraft, as well as amphibious fighting vehicles.

The second ship in the Type 075 class is wrapping up construction in the drydocks next to where the first is tied up. Some speculate that it could be launched very soon.

As such, the fire couldn't have come at a worse time and it could end up being an embarrassing setback for one of the People's Liberation Army Navy's banner shipbuilding programs, but just how big of a setback is still yet to be seen.

We will update this post with more information when it comes available.

Alert 5 has posted a better view of her stern. Pretty badly scorched: