Six U.S. Air Force B-52H Stratofortresses that deployed to Diego Garcia in the Indian Ocean earlier this year flew marathon sorties to drop bombs in Afghanistan, more than 2,500 miles away. The Pentagon had sent the bombers to remote air base ostensibly to have them in position to respond to potential Iranian aggression in the Middle East, while also keeping them safely out of the range of Iran's ballistic missiles.

Reports first emerged that the B-52s were headed to Diego Garcia on Jan. 6, 2020, and satellite imagery that The War Zone

exclusively obtained from Planet Labs confirmed that the first two bombers arrived at the base two days later. All six aircraft were assigned to the 20th Expeditionary Bomb Squadron, based at Barksdale Air Force Base in Louisiana. The deployment formally ended on Mar. 31, according to the Air Force, though it is unclear if all of the bombers have actually departed Diego Garcia.

"Shortly after our arrival at Diego Garcia, our mission supporting CENTCOM's [U.S. Central Command's] regional security objectives focused on the fight in Afghanistan while maintaining a response to Iranian aggression," U.S. Air Force Major Johnathan Radtke, the 20th's director of operations, said in a statement regarding the deployment. "The B-52's role as a long-range strike platform was proven daily, supporting operations and combatant commands. In terms of capability, no other asset brings an equal weapons load or reliability."

"The time from official notification to our first jets departing from Barksdale Air Force Base, Louisiana, was 26 hours, making it one of the fastest-ever B-52 deployments," he added.

The Air Force says the six aircraft flew "more than" 1,300 flight hours of combat operations across over 90 sorties. It's not clear how many of those were over Afghanistan and how many of them might have been patrols elsewhere in the Middle East, including over the Persian Gulf. On Feb. 15, a B-52 flew an unusual mission over Somalia, as well. The Air Force never said where that bomber launched from, but the most likely base was Diego Garcia.

Without knowing exactly how many flight hours or total sorties the 20th's B-52s flew, it's impossible to determine a hard average time for each one of those missions. However, 1,300 hours across 90 sorties comes to just short of 14 and a half hours per sortie. It's an approximately 2,900-mile-long straight shot from Diego Garcia to Afghanistan's capital Kabul, including flight time over the Indian Ocean, Arabian Sea, and Pakistan. An over-water flightpath from Diego Garcia to the middle of the Persian Gulf would be about as long.

It would take a Stratofortress around 11 hours to complete the round trip to Eastern Afghanistan at a typical cruising speed of around 525 miles per hour. This, of course, doesn't include the additional time the bombers would have spent loitering over the battlefield and conducting their strikes. We don't know where the B-52s flew their strikes, but fighting in that part of the country, particularly between U.S. forces and ISIS' franchise in Afghanistan, has been particularly heavy in recent months amid a shaky peace process going on between the U.S. government and the Taliban.

This also isn't the first time B-52s have flown strikes in Afghanistan from Diego Garcia. The bombers flew these extremely long sorties for years after the start of U.S. combat operation in that country in the aftermath of the 9/11 terrorist attacks.

It's an extremely inefficient concept of operations. "We had to plan so disruptions in the supply chain wouldn’t affect operations," the 20th's Radtke said. The Air Force also says that the deployment presented communications challenges.

This is why, years ago now, the Air Force had shifted to routinely basing B-52s, as well as other bombers, at Al Udeid Air Base in Qatar, which is much closer to Afghanistan, as well as Iraq. The service also deployed Stratofortresses to Al Udeid last year with the express purpose of deterring Iran. It also experimented with a short-notice deployment of B-1B Bone bombers to Prince Sultan Air Base in Saudi Arabia, where the U.S. military re-established a presence in 2019.

However, Al Udeid is well within the range of Iran's ballistic missile arsenal. Unprecedented cruise missile and suicide drone strikes on oil-related infrastructure in Saudi Arabia also demonstrated that Iran, either directly or via its regional proxies, could strike at targets on the other side of the Persian Gulf with other weapons, as well.

The decision to deploy the B-52s Diego Garcia in January seemed especially prudent after Iran launched an equally unprecedented ballistic missile barrage aimed U.S. forces in neighboring Iraq on Jan. 7, the day after the first bombers left for the Indian Ocean. Those strikes were in retaliation for the U.S. government's decision to kill Iranian General Qasem Soleimani, head of Iran's Quds Forces, in Baghdad on Jan. 3.

In the face of these and other attacks, President Donald Trump and his Administration have repeatedly decided not to strike at targets on Iranian soil, despite threats to do so, though the U.S. military has targeted Iranian proxies in Iraq. So, it's not entirely surprising that the Air Force would exploit the long-range capabilities of the B-52s in Diego Garcia to conduct operations over Afghanistan from Diego Garcia to meet other operational demands in Afghanistan while also ensuring some portion of the bomber force was available to respond to a crisis relating to Iran.

The deployment also simply highlighted the immense value that Diego Garcia provides to the U.S. military on a strategic level. Beyond the air base on the island, it also serves as a staging location for one of Military Sealift Command's two Prepositioning Ship Squadrons. These are small fleets of cargo ships that are pre-loaded with tons of military equipment and munitions and are on call to respond relatively quickly to emerging crises. Facilities on the remote island also support space-monitoring and top-secret missions.

Now, at least for the meantime, the B-52's time at Diego Garcia has come to an end again. It remains to be seen if Stratofortresses, or other bombers, start making more routine trips to the Indian Ocean outpost as tensions with Iran still remain high and amid the ever-present potential for other crises to emerge in the Middle East, East African, and Pacific regions. 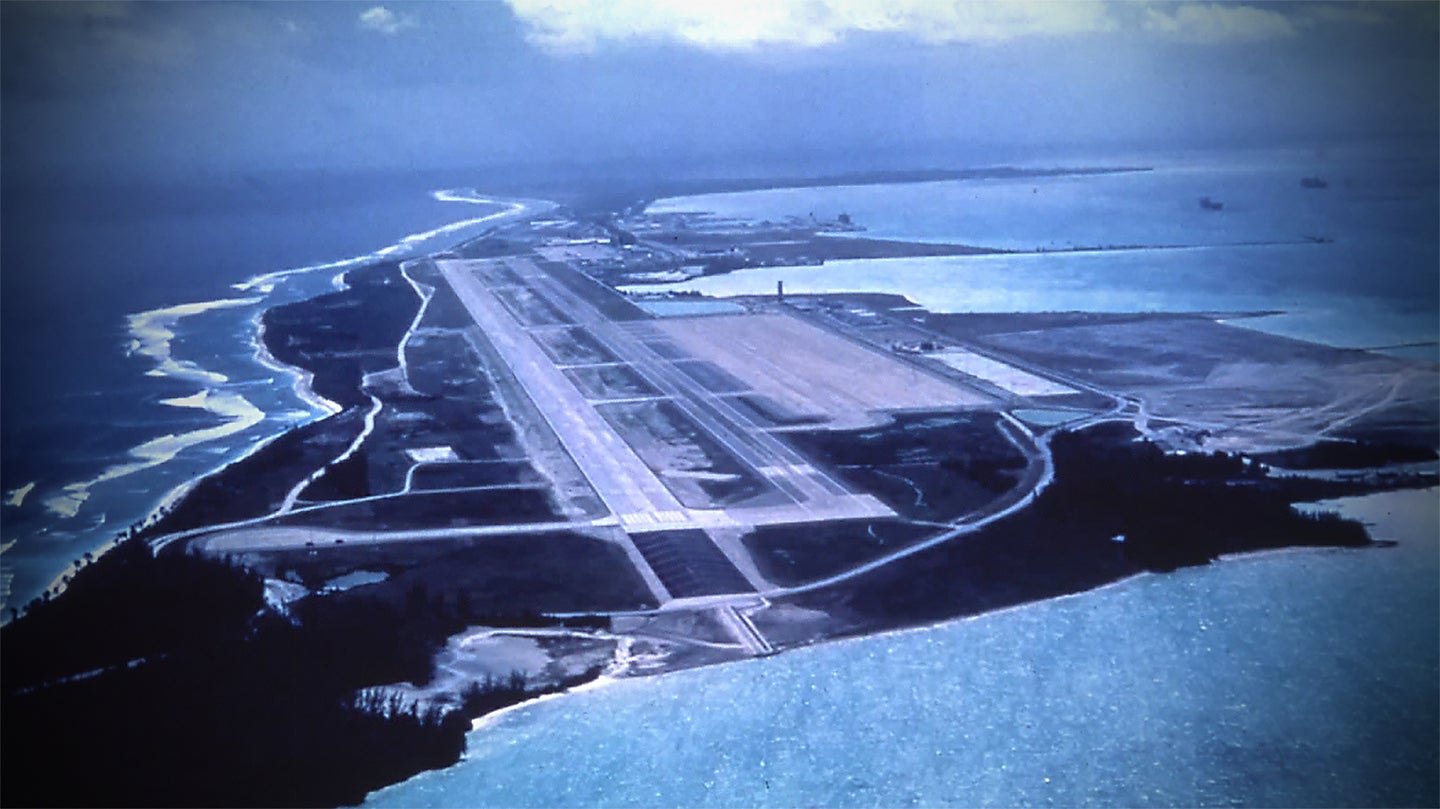 It may sound like fiction, but on rare occasions, ordinary air bases have extraordinary mystery visitors. It happened to me, twice. 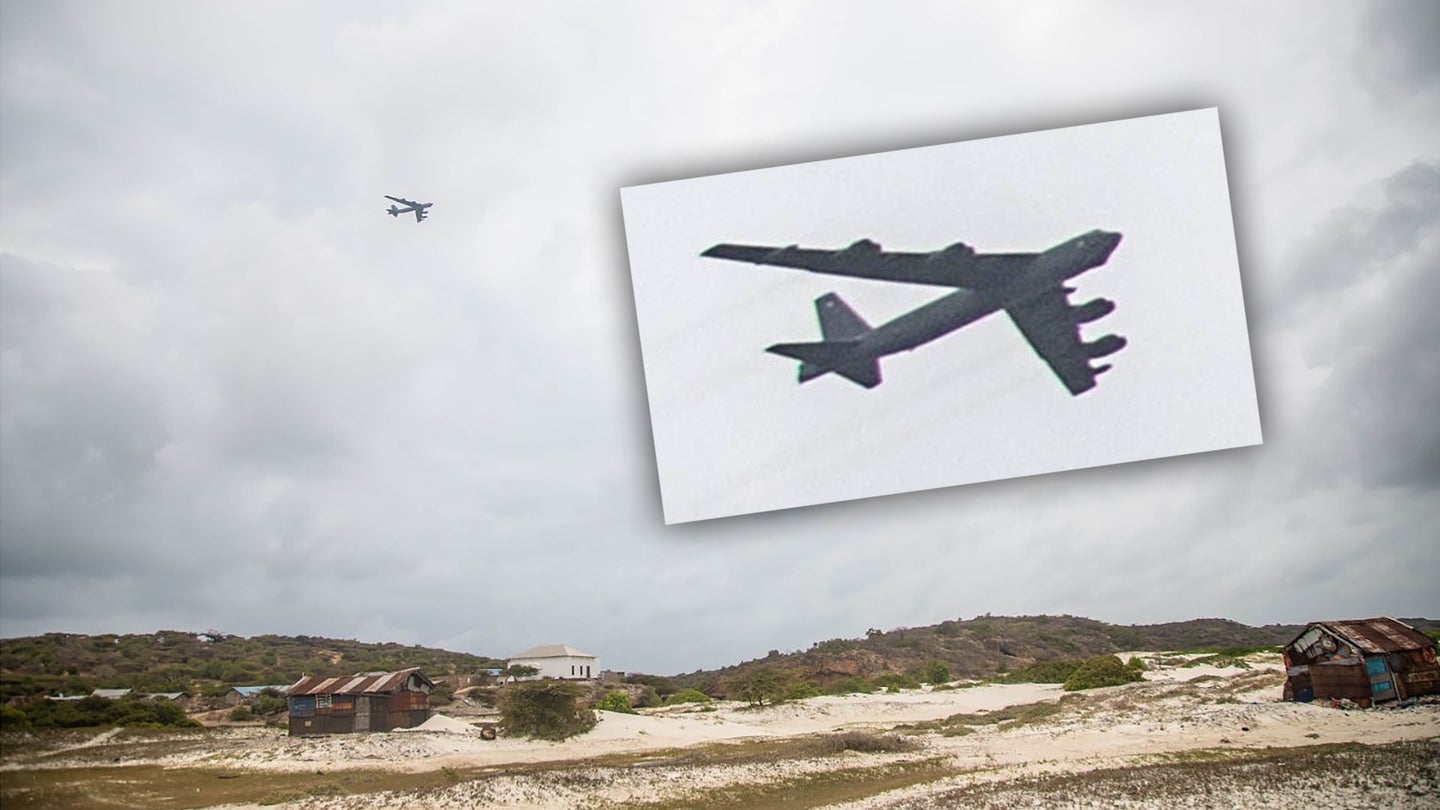 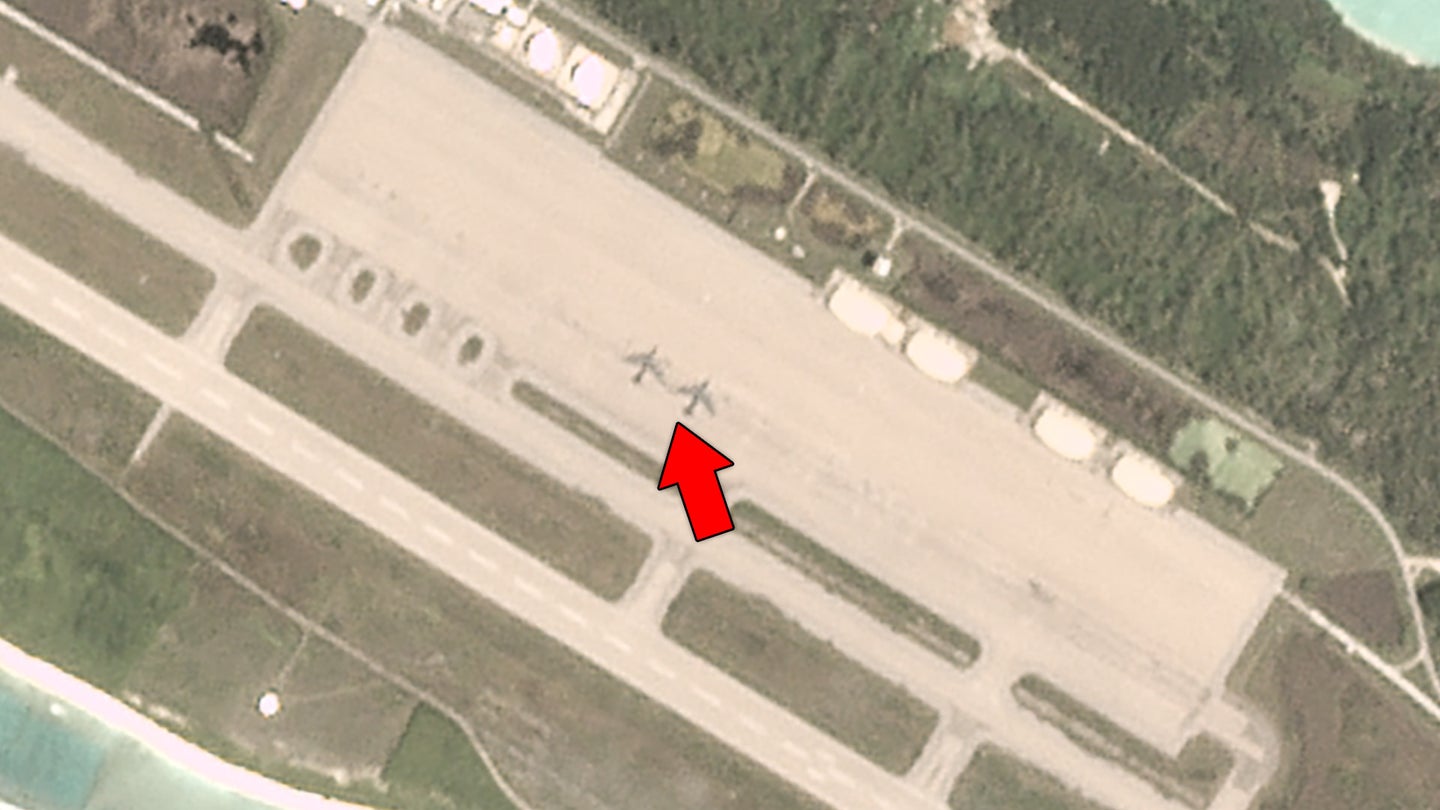