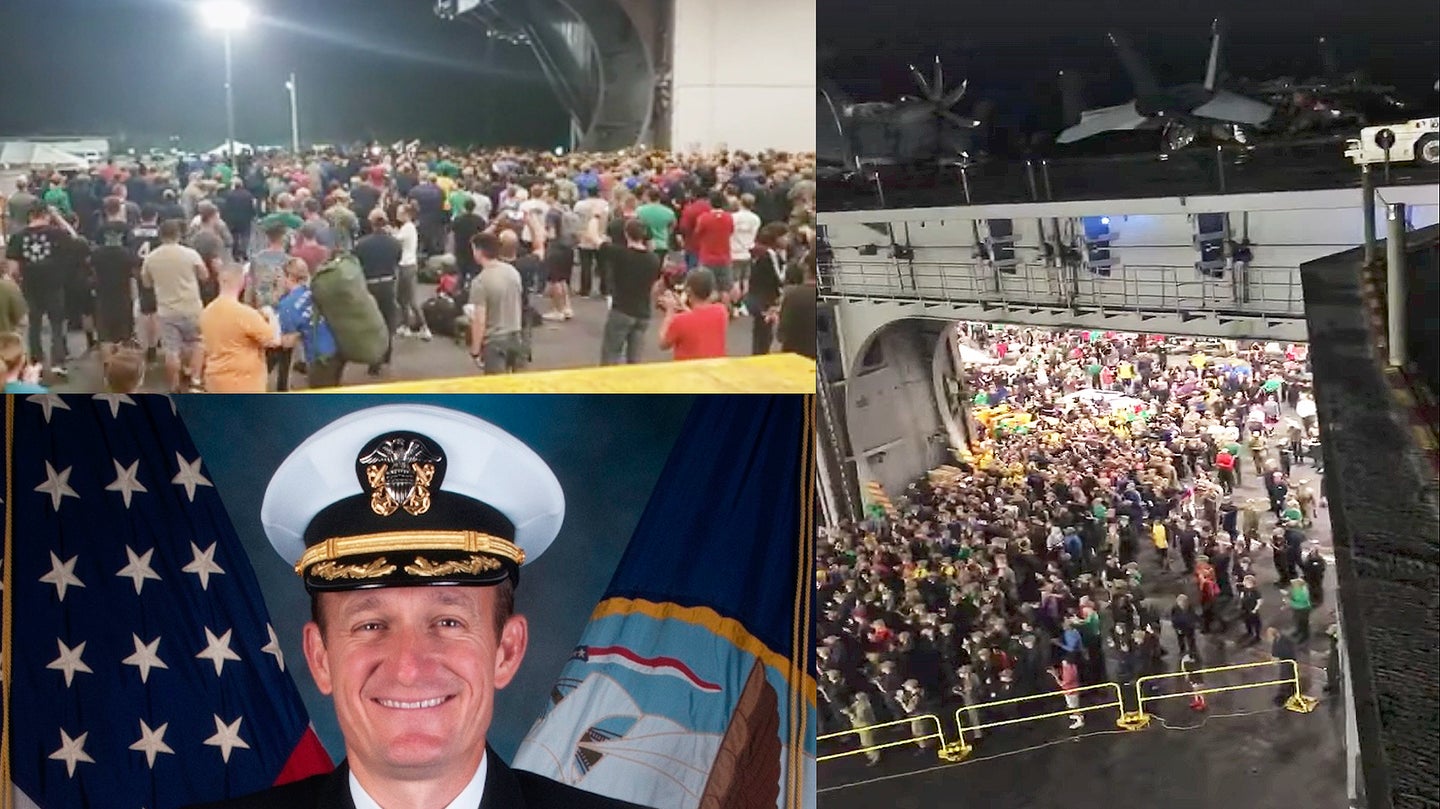 After sending a seemingly desperate letter regarding the safety of the thousands of sailors under his command, Captain Brett Crozier of the COVID-19 plagued supercarrier USS Theodore Roosevelt was relieved of his command by the Acting Secretary of Navy. You can and should read all about this controversial move in this in-depth article of ours. Now, as the embattled commanding officer disembarked his ship, which is presently docked at the Navy pier on the island of Guam, the crew gathered to support their seemingly beloved leader with thundering cheers and chants.

Watch the videos of Crozier's hero's departure from the carrier below:

The firing has led to strong opinions on social media and beyond about whether doing so was justified under the bizarre circumstances the ship's crew is in. I find it far too early to judge one way or another based on the limited information we have been given. There seems to be a massive disconnect between what the Acting Secretary of Navy has stated about the events leading up to the firing and the reality on the ship itself as described by Crozier in his letter.

You can see the Secretary's full statement and question and answer session regarding the issue in the video below:

We still haven't heard anything from the admiral that commands the Carrier Strike Group itself, who has also been present on the Theodore Roosevelt throughout the ordeal, or from others in the chain of command who were dealing directly with these events. Acting Secretary Modly almost makes it sound like the captain cracked under pressure or had some sort of breakdown in writing the letter, but it sure doesn't seem like the crew agrees with the Navy's assessment of the situation. Was the captain locked out by his chain of command, prompting him to write the letter? And if so, why?

The bottom line here is that there is likely far more to this story than what we have been told, including what type of individuals were actually addressed in the email he sent that shouldn't have been—the act the Navy claims led to the leaking of the letter and was such a severe lapse in judgment that it required his removal from command.

It could turn out that the Navy was fully justified in firing the captain, but as it sits now, the exact circumstances surrounding the issue remain murky, at best. In the meantime, the removal of the captain certainly doesn't appear to be a welcome development for the crew of the beleaguered ship. Quite the opposite, actually.

We will continue to update this article as more information comes available.

A new angle of the entire departure:

In a baffling turn of events, after the captain’s dire letter had made national news, the Secretary of Defense says he hasn’t even read it himself.