Germany is reportedly getting close to settling on split purchase of Eurofighter Typhoons and Boeing F/A-18E/F Super Hornets and EA-18G Growlers to replace its aging fleet of Panavia Tornado swing-wing combat jets. A key driving factor behind the compromise proposal is the need for the German Air Force to have an aircraft that could deliver American nuclear gravity bombs under a NATO agreement. It has become increasingly clear that the process for getting the Super Hornets certified to carry these weapons is significantly less complex than doing the same for the Typhoon.

German media outlets first reported on the plan on Mar. 26, 2020, which German Defense Minister Annegret Kramp-Karrenbauer has not yet formally approved. Under the proposal, Germany could purchase a total of up to 90 Typhoons and 30 F/A-18E/Fs and 15 EA-18Gs in the coming years. Of the 90 Typhoons, half would go toward replacing the Tornados while the other half would replace the oldest Eurofighters now in German service. At present, the German Air Force has around 93 Tornados and 141 Typhoons in inventory.

Germany has been struggling through plans to replace the Tornados since at least 2017. What was then West Germany received the first of these jets in 1979. German officials want to begin acquiring replacement aircraft starting 2025 to ensure that there is no loss of capability when the last of the Tornados leave service in 2030.

The availability rates of the Tornados have already plummeted in recent years. Germany reportedly withdrew the small number of jets it had deployed in Jordan to conduct unarmed reconnaissance missions in support of coalition operations against ISIS terrorists in Iraq, though it's unclear if that was a result of the low readiness of the fleet overall.

The German government had considered acquiring F-35 Joint Strike Fighters, but later decided that the Typhoon, which it already operates, was the preferred option. The issue then became about whether these aircraft would be able to fulfill Germany's obligations under the NATO nuclear weapons sharing agreement.

That deal means U.S. B61 nuclear gravity bombs are stored at Büchel Air Base in Germany, as well as bases in certain other NATO countries, and American authorities could release the bombs for use by German pilots in a crisis. The Tornado is certified to carry these weapons and tests have been conducted already to support the integration of the newest B61-12 variant onto those aircraft.

Neither Typhoon nor Super Hornet is certified to carry any variant of the B61. The U.S. Navy removed nuclear weapons from its aircraft carriers in the 1990s, which led to the elimination of the requirement for the Super Hornet, an aircraft that first entered service in 2001, to carry these weapons.

A spokesman for Airbus, one of the major parties in the Eurofighter consortium that builds these jets, told German business daily Handelsblatt that it could certify the Typhoon for the nuclear mission in the future. However, the German government's position seems to be that Boeing can get the F/A-18E/F ready to carry B61s in a shorter amount of time. It took years for Typhoon to get a true multi-role capability and that did not involve the hurdles that would be present in getting the U.S. government to certify a non-American-made jet to carry American nuclear weapons.

"We certainly think that we, working with the U.S. government, can meet the German requirements there on the [German’s] timeline," Dan Gillian, the head of Boeing’s F/A-18E/F Super Hornet and EA-18G Growler programs, told The War Zone regarding this issue in 2019.

The addition of Growlers to the plan would also offer a more direct replacement for the Electronic Combat/Reconnaissance variants, or ECRs, in Germany's Tornado fleet. The Tornado ECRs are specifically configured to conduct suppression of enemy air defenses (SEAD) missions and have specialized systems to spot and locate enemy radars and other emitters.

SEAD is one of the Growler's missions sets, as well, but these aircraft offer far more robust electronic warfare capabilities, which you can read about in more detail in this past War Zone piece, over the older Tornado ECRs. Beyond simply replacing the Tornado ECRs, an improved aerial electronic warfare capability was also seen as another requirement to support the nuclear mission.

Growlers would be essential for protecting non-stealthy Super Hornets on nuclear, as well as conventional strikes missions, against a major adversary with a capable integrated air defense network, such as Russia. Existing and emerging air defense threats had been at the core of the argument that certain elements of the German military had made for buying stealthy F-35s. Growlers would also just be a major force multiplier for the entire German Air Force.

In November 2019, Airbus did announce plans for a two-seat Typhoon ECR variant and Handelsblatt said that the decision about which aircraft to pick was "highly controversial." The Growler has a significant advantage of being both in production and in service, both with the U.S. Navy and the Royal Australian Air Force, already. The Navy is also underwriting upgrades for the Growler, as well as the Super Hornet, and Germany could easily benefit from those developments with minimal, if any direct investment on its part. This is not the case when it comes to Typhoon, where the German government has a major stake in the program.

Germany, together with France and Spain, is still pushing ahead with plans to develop a new stealth fighter under the Future Air Combat System (FCAS) program. That project is also set to include the development of other supporting designs, including unmanned loyal wingmen drones, or what Airbus refers to as "remote carriers." A true unmanned combat air vehicle (UCAV) might also be among the associated projects. At present, the participating countries hope that the first examples of the manned aircraft component of the FCAS program will begin entering service in 2040.

In the meantime, the split purchase of jets to replace the Tornado does offer a way for Germany to support the portions of its own domestic industrial base that are involved in the production of the Typhoon and acquire other key capabilities, such as nuclear-capable aircraft and new electronic warfare jets, relatively rapidly. There could also be drawbacks.

While the German Air Force should have no real difficulty absorbing the additional Typhoons into its existing force structure, the F/A-18E/Fs and EA-18Gs will be entirely new types of aircraft for the service to operate and maintain. A fleet of just 45 Super Hornets and Growlers, in total, is relatively small, which could make it even costlier to sustain over time.

Germany's government does still need to approve the proposed split purchase and it's unclear when exactly that might happen. The German Air Force's Tornados have been in desperate need of a replacement for years now already, so the country can ill afford to wait much longer to finalize a plan.

Whatever the case, the days of those swing-wing jets in German service look increasingly numbered and seems ever more likely that the country will be flying a mix of Typhoons, Super Hornets, and Growlers in the years to come. 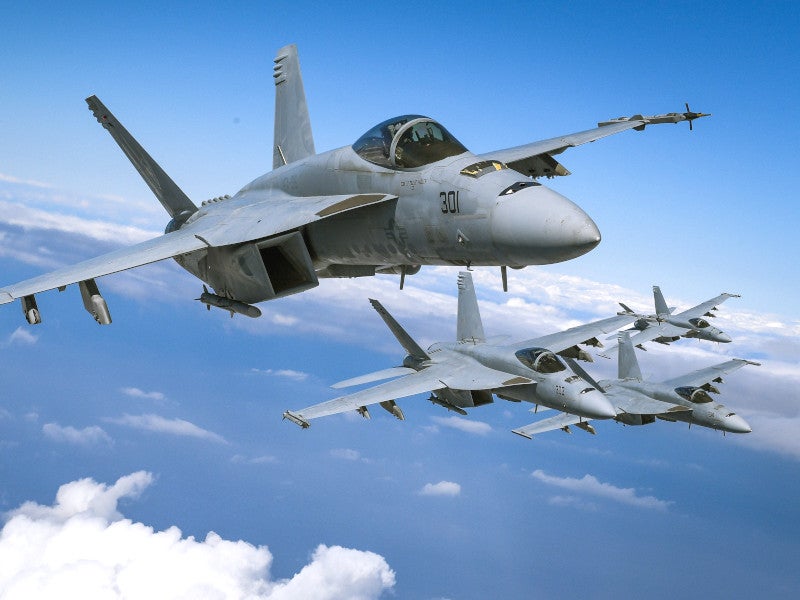 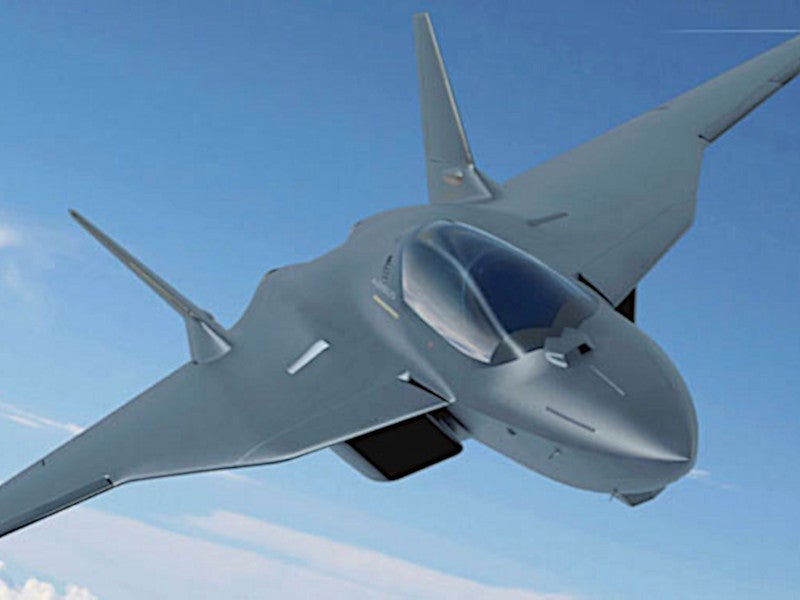 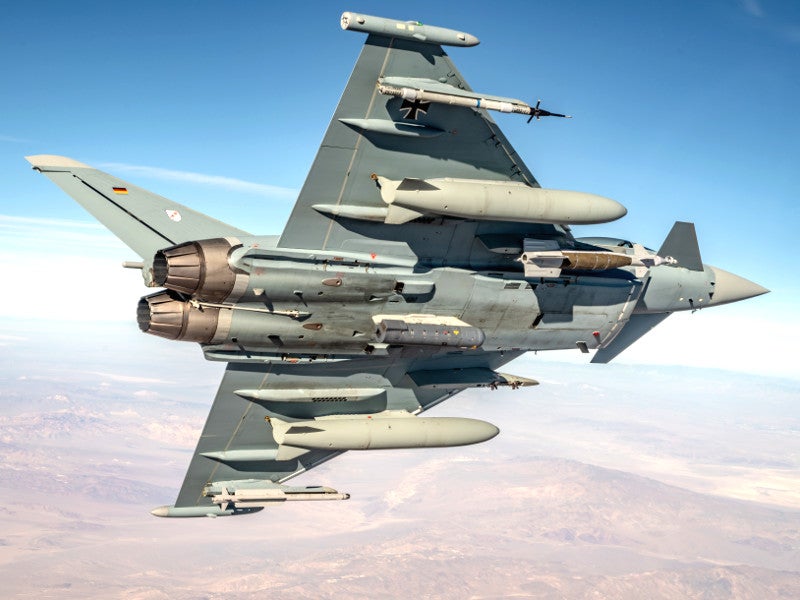 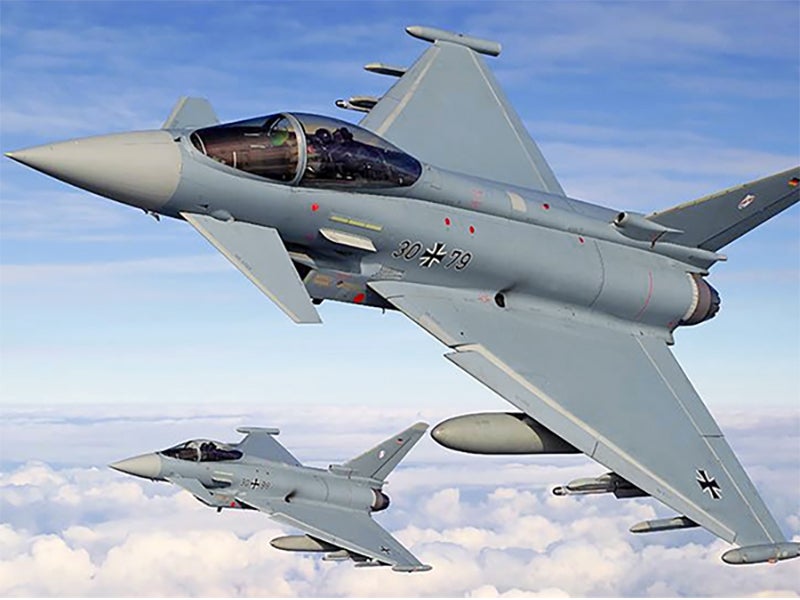 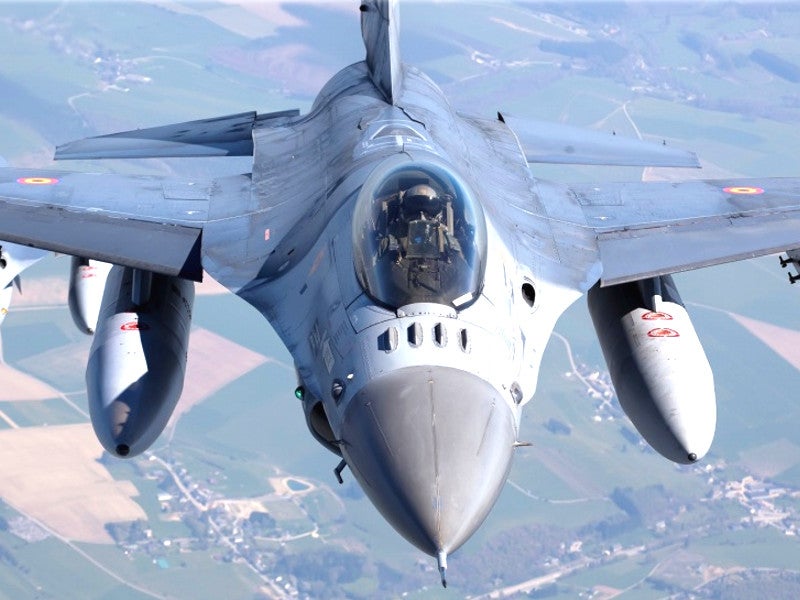