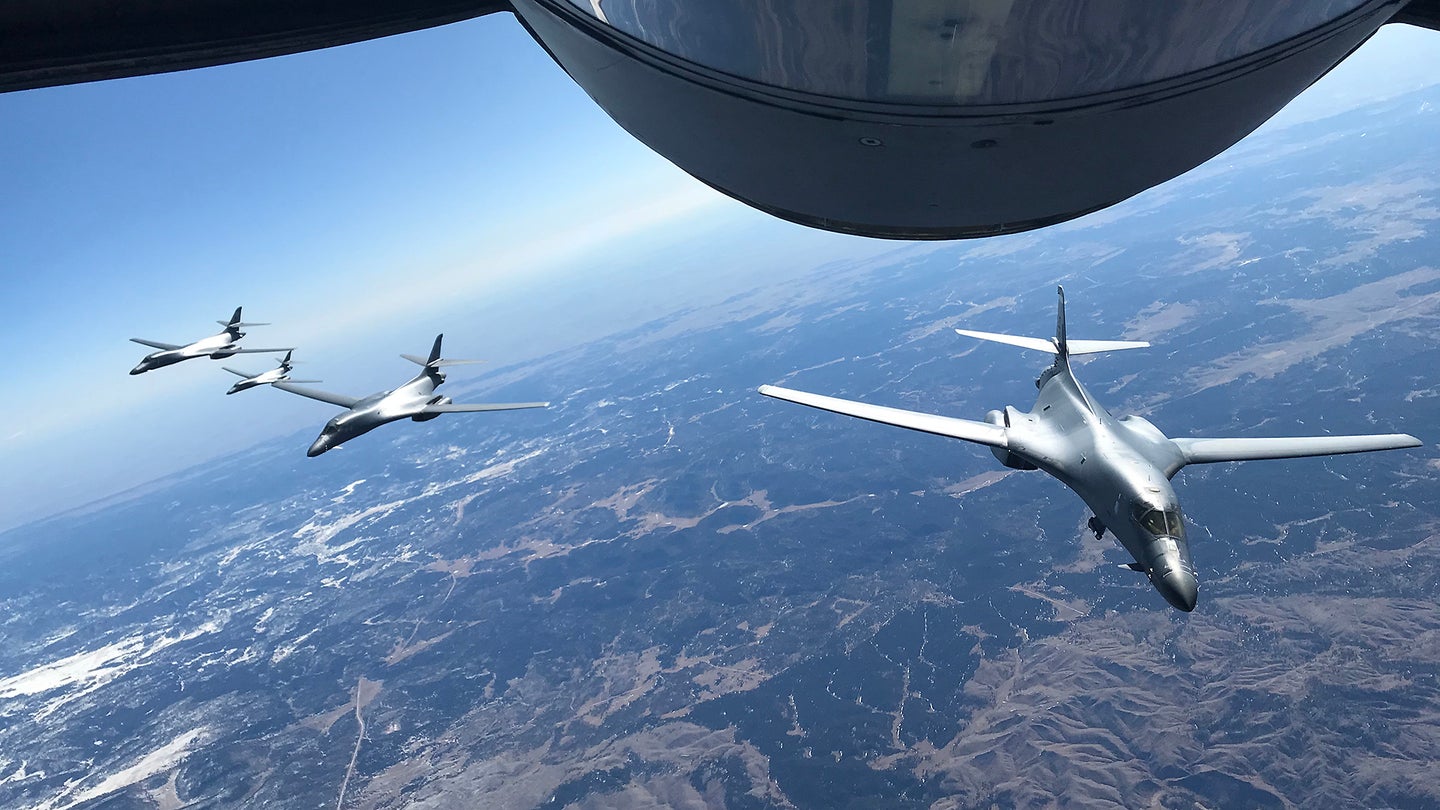 Master Sergeant Nathan Neidhardt of the Kansas Air National Guard's 190th Air Refueling Wing got a special treat on March 23rd, 2020, when a quartet of B-1B bombers rendezvoused with his KC-135R Stratotanker to grab some gas. Thankfully, Neirdhardt snapped some shots of the rare mission and they are striking, to say the least. The four swing-wing bombers were on a training sortie from their home at Ellsworth Air Force Base in South Dakota.

Check out the set of shots below:

A formation flight of four B-1Bs is a rare occurrence these days, especially when training in the United States. Neidhardt, a 19 year veteran of the Air Force, hadn't seen anything similar since being deployed overseas. The same flight was publicized by the 28th Bomb Wing as a sign of enhanced B-1B readiness. Check out their images from the base side of the unique sortie:

The B-1B fleet has experienced abysmal readiness rates in recent years, at times down to single-digit percentages, after nearly two decades of perpetual combat operations and other commitments around the globe. Low-level penetration capability has been stripped from the aircraft's repertoire due to the stress it puts on its tired airframe and the Air Force is seeking to reduce the fleet size by 17 aircraft. As it sits now, the bombers have to last through a portion of 2030, after which the B-21 Raider is supposed to take their place.

With all that in mind, it's good to see the Air Force flexing its B-1B muscles a bit after the aircraft had been pulled from continuous combat operations overseas so that some deep maintenance on the fleet and upgrades could be performed. It is hoped that with retiring the 17 most worn-out and unreliable Bones, money can be freed up to invest in the remaining 45 aircraft so that, along with some careful fleet planning and flight restrictions, they will hopefully get to their proposed retirement date in one piece.