A U.S. Air Force AC-130W Stinger II gunship recently conducted a first-of-its-kind training exercise in the Persian Gulf with U.S. Navy P-8A Poseidon maritime patrol planes and Cyclone class patrol boats. These assets working together could provide a formidable means of defeating swarms of small boats, such as the ones that Iran's Islamic Revolutionary Guard Corps operates in significant numbers. The exercise came just days before Iranian-backed militias killed two U.S. troops and a British servicemember, and wounded more, in a rocket attack that has led to retaliatory American airstrikes and a spike in tensions in the region.

The exercise took place between Mar. 8 and 9, 2020, but the Navy's top command in the Middle East only publicly announced that it had occurred on Mar. 15. It's not clear how many AC-130Ws, P-8As, and Cyclones took part in total, but video and images Naval Forces Central Command (NAVCENT) subsequently released show at least one Stinger II gunship and three of the patrol boats, including the USS Monsoon.

“Our surface forces integrating with aircraft that have the firepower of an AC-130W brings a capability to the joint force that profoundly enhances our lethality in the maritime environment," U.S. Navy Captain Peter Mirisola, head of Destroyer Squadron 50 (DESRON 50) and also presently commander of Combined Task Force 55 (CTF-55), NAVCENT's main surface warfare task force, said in a statement. "The addition of the gunship to the joint maritime battle significantly enhances our ability to detect, track, engage and defeat surface threats in order to control water space in the Arabian Gulf."

During the exercise, at least one P-8A performed long-range maritime surveillance mission, while the Cyclones patrolled below. The maritime patrol aircraft and patrol boats then directed the AC-130W to strike a number of mock targets, including "killer tomato" floating target balloons, which ships typically use for gunnery practice.

The AC-130W has its own 30mm automatic cannon and 105mm howitzer, as well as the ability to employ various precision-guided bombs and missiles, including Griffins. Stinger II gunships, or the Air Force's newer and similarly equipped AC-130J Ghostriders, would offer any group of U.S. forces engaging swarms of small boats the benefit of additional platforms relatively large magazine depth, both with regards to the guns and precision munitions, and the ability to loiter over a particular littoral area.

The gunships also have an array of different sensors, including two different turrets equipped with both electro-optical and infrared video cameras, allowing them to spot and engage targets day or night, as well as in bad weather. There was heavy overcast during the recent exercise, highlighting the value of these capabilities.

The gunships could also potentially be more flexible than surface ships in responding to the sudden emergence of new groups of maritime threats that other assets, such as a P-8A, might detect approaching from different vectors. At present, the Poseidons lack any means of engaging small boat swarms themselves, though that is set to change in the future.

This is, of course, not the first time the Navy has worked together with aerial assets from other services, including both special operations and conventional units, to counter the threat of small boats, including from Iran specifically, in both operational and training contexts.

Famously, during the Tanker War sideshow to the Iran-Iraq war in the late 1980s, MH-6 and AH-6 Little Bird helicopters from the U.S. Army's elite 160th Special Operations Aviation Regiment, and later, OH-58D Kiowa Warriors from conventional units, flew from Navy surface ships, as well as sea bases, in the Persian Gulf, to engage various Iranian threats. These included small boats and ships engaged in naval mining operations, something that remains a major potential danger today as the regime in Tehran routinely threatens to blockade the strategic Strait of Hormuz that links the Persian Gulf to the Gulf of Oman and the rest of the world.

"We’ve effectively employed similar joint capabilities in the past to counter belligerent forces that attempt to disrupt or hinder the free flow of commerce and freedom of navigation in this region using force, or attack U.S., coalition, or partner forces in a conflict," U.S. Navy Vice Admiral Jim Malloy, head of Naval Forces Central Command, said in a statement regarding the recent exercise. "We will continue to work across component commands and coalition partners to further improve the lethality of our forces through our ability to simultaneously engage a multitude of threats in the Arabian Gulf, Red Sea and adjacent waters."

This particular training event came just days before Iranian-backed militias carried out a rocket attack on Taji Air Base in Iraq that killed two U.S. troops and a British servicemember, and wounded 18 more individuals, including U.S. and coalition personnel and civilians. More American forces and other personnel at Taji were wounded in another rocket attack on Mar. 14, which followed U.S. retaliatory airstrikes on various Iranian-linked targets within Iraq.

All of this has increased tensions between the United States and Iran, as well as Iran's regional proxies. Another fatal rocket attack in December 2019 set a chain of events in motion that included the U.S. decision to kill Iranian General Qasem Soleimani in Baghdad, which in turn prompted unprecedented Iranian ballistic missile strikes aimed at American forces in Iraq.

Tensions between the United States and Iran have been heightened for months now, in general, over a wide array of other incidents, including suicide drone and cruise missile attacks on oil infrastructure in Saudi Arabia and the Iranian shootdown of a Navy drone over the Gulf of Oman last year.

The potential threat that Iran's small boat swarms pose to American warships has been ever-present, as well. Some of Iran's regional proxies also employ small watercraft, including as unmanned suicide boats laden with explosives. Iranian-backed Houthi rebels in Yemen have reportedly stepped up attacks using drone boats, as well as improvised naval mines, in the Red Sea in recent months.

In December 2019, the Navy also confirmed to The War Zone that a number of Iranian boats had sailed remarkably close to the Nimitz class aircraft carrier USS Abraham Lincoln and other ships from her strike group as they transited the Strait of Hormuz that month. There had also been a string of attacks on commercial oil tankers in the Gulf of Oman last year, some of which involved limpet mines that teams in small boats placed on the sides of those ships. Iran has also employed its fleets of small boats as part of operations to seize foreign commercial ships.

The situation in the region is likely to remain precarious for the foreseeable future. The U.S. military has now demonstrated its ability to call in AC-130W gunships to help other air and naval assets respond to any new maritime incidents in the future, which should serve as a potent deterrent. 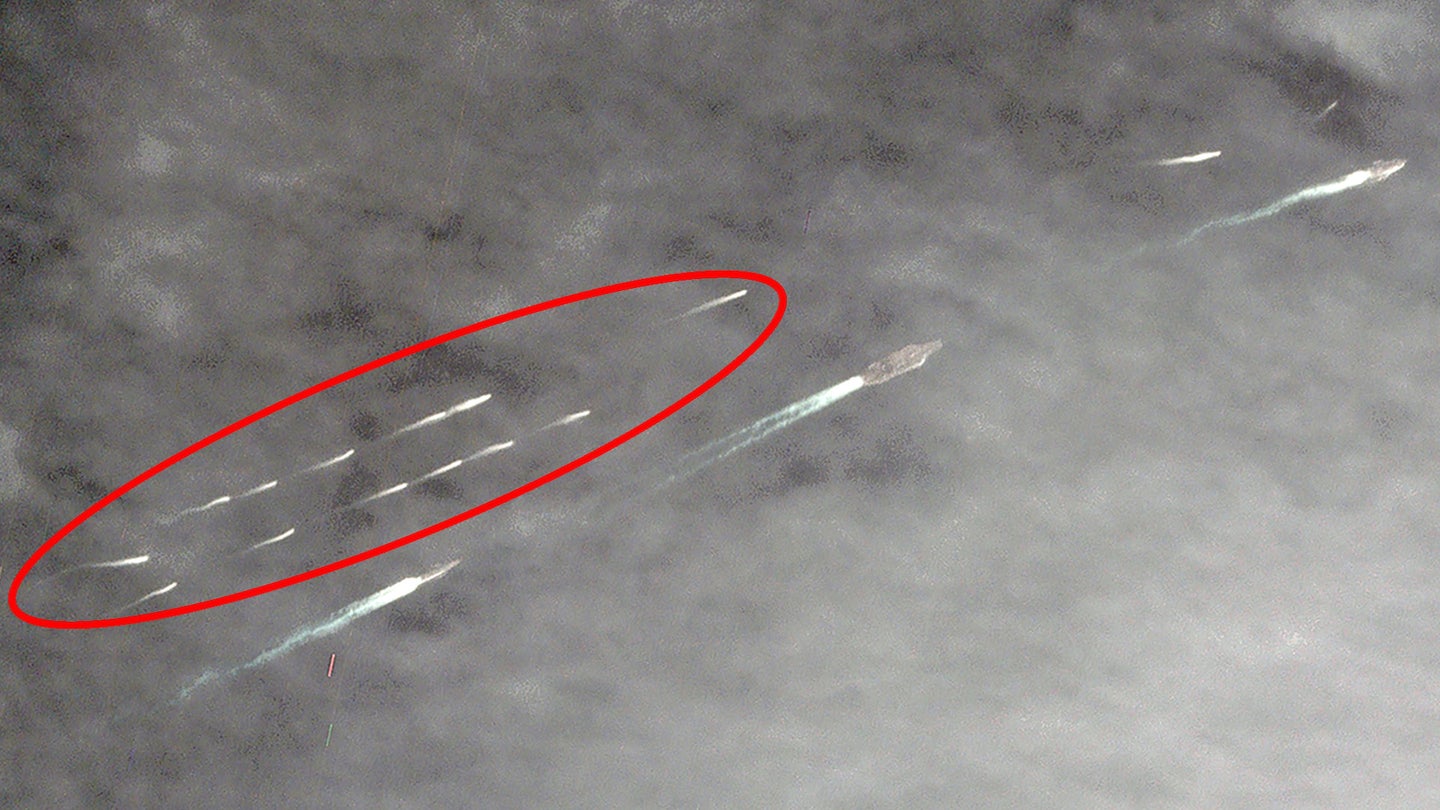 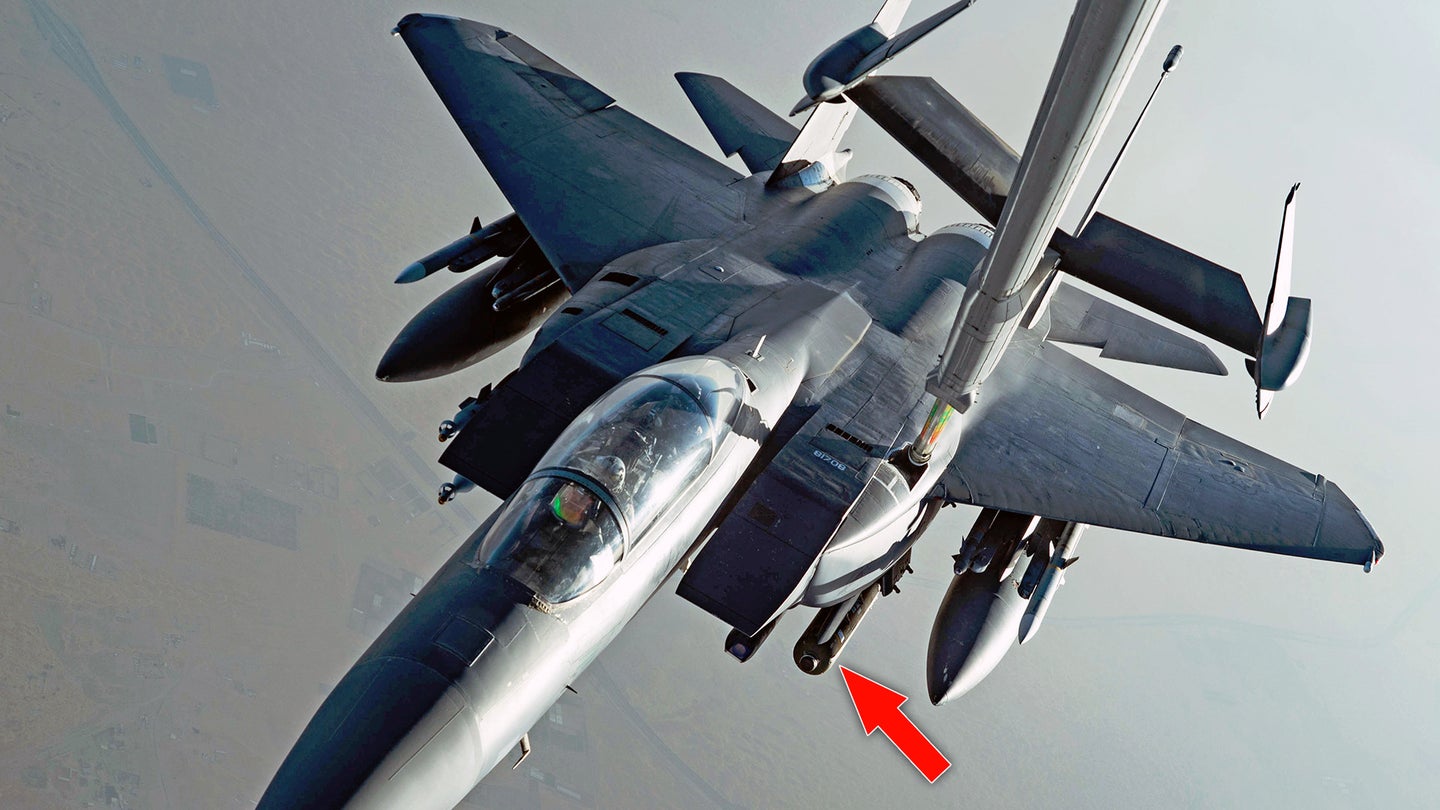 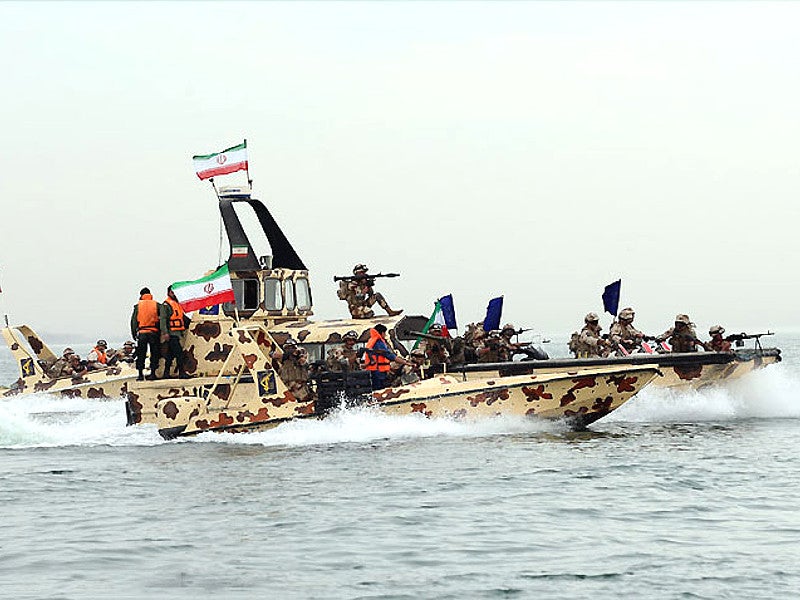