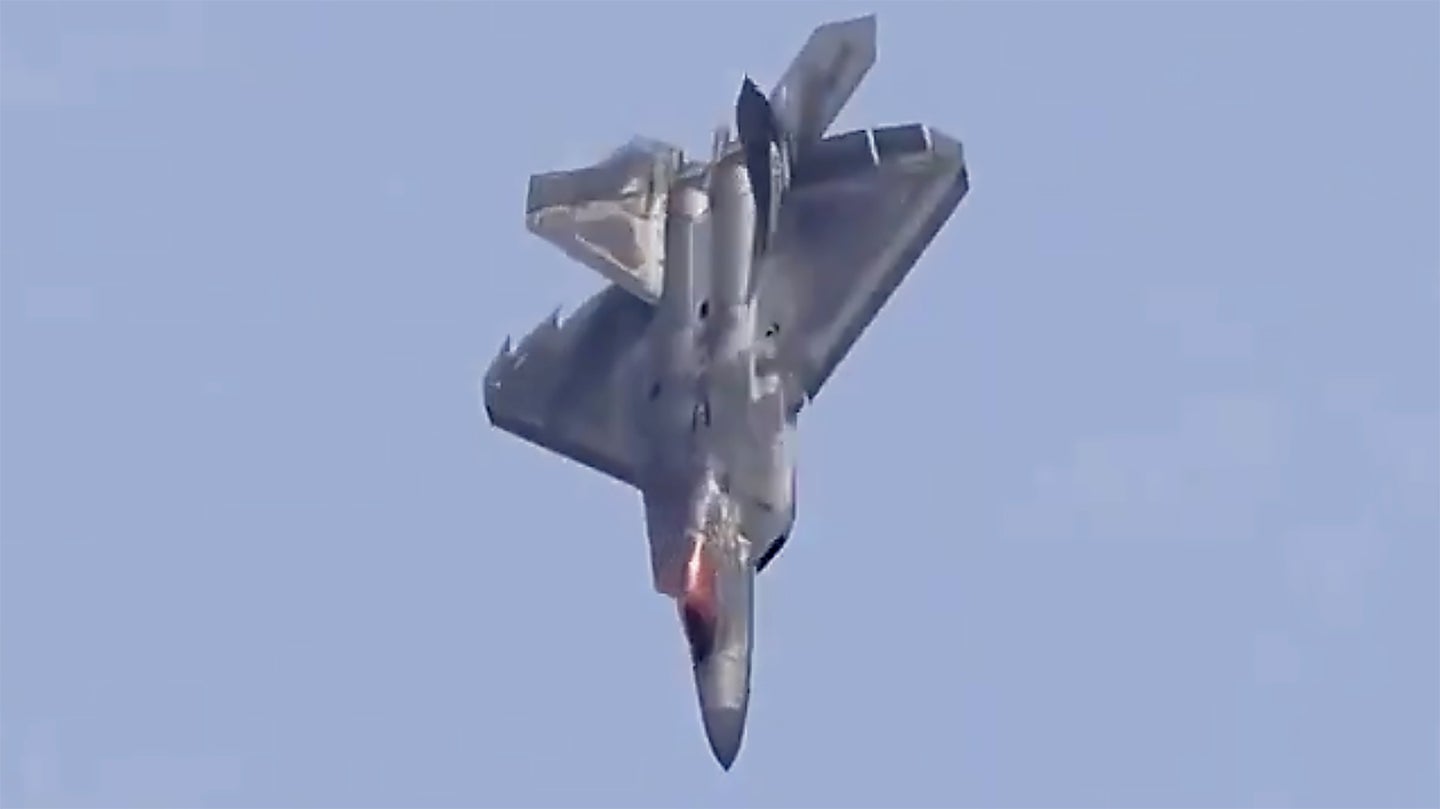 After 15 years of operations, the F-22 remains the biggest dog on the air-to-air combat block. One of the many tricks up the Raptor's sleeve is super-maneuverability, which is a result of its high thrust-to-weight ratio, massive control surfaces, fly-by-wire flight control system, and it's two-dimensional thrust vectoring capability. These features combined allow the F-22 to perform incredibly throughout its huge envelope—from flying upwards of 60,000 feet in thin air to rocking and rolling and doing incredible backflips down in the far thicker air. An amazingly well-shot video of an F-22 Demonstration Team jet in action showcases the latter like never before.

The video's high frame rate and incredibly stable tracking allow us to visually consume all of the tiny details that make these maneuvers possible. In particular, the quick-fluttering movements of the jet's massive computer-controlled control surfaces and its tilting thrust vectoring exhausts. Check it out:

While the F-22 is amazingly nimble, Russia's three-dimensional thrust vectoring-equipped fighter aircraft, especially Su-35, takes super-maneuverability to a whole other level. You can see what I mean in this past post of ours. Still, when it comes to the total air supremacy package—of which just one facet is maneuverability, and one of declining importance, at that—the Raptor remains supreme in its domain.