The top American commander for operations in the Middle East also offered new details about the fatal rocket attack that prompted the airstrikes. 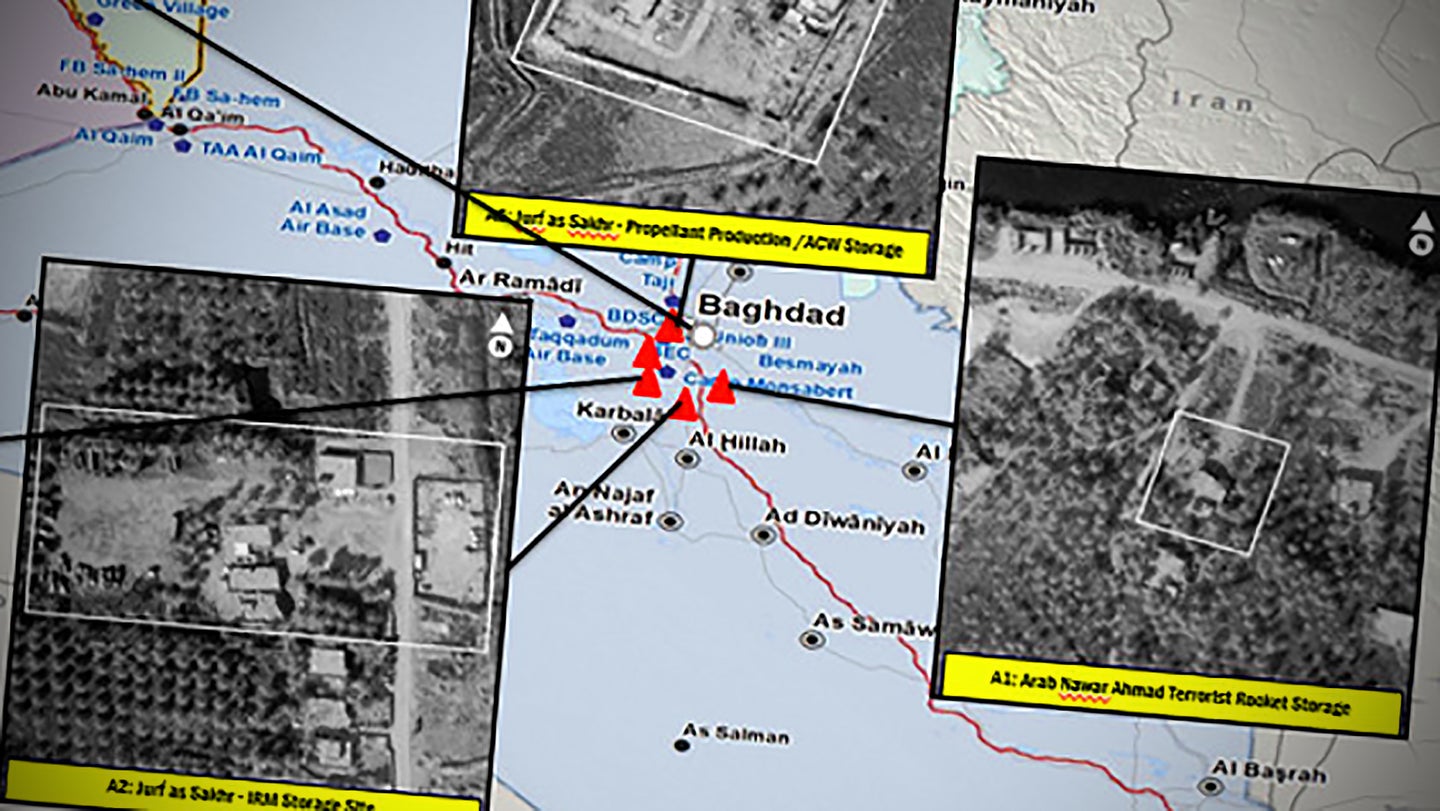 America's top U.S. commander for operations in the Middle East briefed reporters this morning on the American airstrikes in Iraq last night on five sites associated with Kata’ib Hizbollah, an Iranian-backed Iraqi militia. He also offered additional details on the rocket attack on Taji Air Base outside of Baghdad that killed two U.S. military personnel and one British service member earlier this week, which prompted these strikes in the first place.

Here is a breakdown of the new information that U.S. Marine Corps General Frank McKenzie, commander of U.S. Central Command (CENTCOM), as well as CENTCOM's public affairs office, has now provided on the rocket attack on Taji and the American response:

How the situation in Iraq, and with regards to tensions between the United States and Iran and its proxies elsewhere in the Middle East, continues to evolve remains to be seen. The Iraqi Security Media Cell, tied to the office of the country's Prime Minister, a post that is technically vacant at present, decried the U.S. airstrikes in a series of Tweets on Mar. 14.

"The argument that this attack was in response to the aggressive action that targeted the Taji camp is a flimsy pretext and leads to escalation and does not provide a solution to control the situation, but leads to escalation and deterioration of the security situation in the country and exposes everyone to more dangers and threats," one Tweet read. "This attack is not a partnership or respect for Iraq's sovereignty and the integrity of its land, its skies, and its citizens, and it will have consequences that will be felt by all at the greatest risk, if not controlled, and respect for the will and policies of the Iraqi state."

The U.S. government's decision to kill Iranian General Qasem Soleimani, then head of Iran's Quds Force, in Baghdad in January was met with similar criticism and prompted pro-Iranian politicians to demand all American troops leave the country. The strike on Soleimani had followed another fatal Kata’ib Hizbollah rocket attack aimed at U.S. personnel in Iraq, after which the United States had also struck various sites belonging to that group.

With the U.S. response limited to Iraqi militias, so far, it is less likely that there will be any immediate direct response from Iran. The Iranians had launched ballistic missile strikes on American troops in Iraq following the death of Soleimani.

All told, as General McKenzie said, the "threat remains very high" and the situation in Iraq remains extremely fluid.

U.S. officials warned earlier in the day that a rocket attack, which killed two U.S. troops and one British service member, wouldn’t be tolerated.