U.S. officials warned earlier in the day that a rocket attack, which killed two U.S. troops and one British service member, wouldn’t be tolerated.

Details are still limited, but the U.S. military is conducting airstrikes against Iranian-backed militias in Iraq. This comes a day after a barrage of rockets hit Taji Air Base, situated just to the northwest of Baghdad, killing two American troops and one British service member, and wounding at least a dozen more members of the U.S.-led coalition operating in that country.

“I have spoken with the president," U.S. Secretary of Defense Mark Esper said during a press conference earlier on Mar. 12, 2020. "He’s given me the authority to do what we need to do, consistent with his guidance."

“Let me be clear: The United States will not tolerate attacks against our people, our interests or our allies,” he added. "All options are on the table."

Esper had also blamed Iranian-backed militias, who have also been tied to months of other rocket attacks aimed at U.S. forces across Iraq, for the strikes on Taji. Chairman of the Joint Chiefs of Staff U.S. Army General Mark Milley had agreed that the U.S. government had "good confidence” that it knew who was responsible.

In a separate press conference, U.S. Marine Corps General Frank McKenzie, head of U.S. Central Command, had declined to say conclusively that Iran or its regional proxies had carried out the attack, but said that no other groups in Iraq had the means to do so. President Donald Trump had also said earlier in the day that "it has not been fully determined" who was responsible.

Senator Lindsey Graham, a South Carolina Republican and close confidant of Trump's had separately told reporters that “I think the president’s going to be very aggressive” and that “at the time of our choosing, we should hit back.”

He clarified that he was calling for action only against “the people who actually launched the rockets."

The full scale and scope of the strikes, and the exact group or groups they targeted, are unknown at this time. At least some of them appear to have occurred in the vicinity of Jurf Al Sakhar, also known as Jurf Al Nasr, a city situated some 30 miles southwest of Baghdad. It's not clear if the strikes are limited to that location, though.

The strikes could lead to a new spike in tensions between the United States and Iran, as well as Iranian-backed groups in Iraq, after something of a lull following unprecedented Iranian ballistic missile strikes against American personnel in Iraq on Jan. 7. That was the culmination of a series of events that started with another deadly rocket attack aimed at U.S. personnel at K-1 base near the northern Iraqi city of Kirkuk, which killed an American contractor, in December 2019.

The U.S. military had quickly responded with airstrikes on Iranian-backed groups in Iraq and neighboring Syria, which then prompted members of those militias and their supporters to try to storm the U.S. Embassy in Baghdad. The Trump Administration then killed Iranian General Qasem Soleimani outside Baghdad International Airport. Iran's ballistic missile strikes were in direct response to that targeted strike.

Despite continued rocket attacks aimed at various bases the U.S. personnel use in Iraq, including Taji, as well as the U.S. Embassy in Baghdad, the situation had calmed to the point that just recently the Trump Administration had recently decided to begin withdrawing some of the reinforcements it had rushed to the region in January.

The Pentagon has released a statement regarding the strikes, saying it hit five "weapon storage facilities" belonging to Kata’ib Hizbollah, an Iranian-backed militia in Iraq that is a member of the Iraqi government's Popular Mobilization Forces (PMF), an official umbrella organization for ostensibly state-sanction militias. The exact locations of all of the strikes remain unclear, but another one reportedly took place in Wasit Province to the southeast of Baghdad.

The United Kingdom was reportedly consulted, but did not take part in the operation.

The United States also blamed Kata’ib Hizbollah for the December 2019 rocket attack on K-1. Abu Mahdi al Muhandis, then-Kata'ib Hezbollah's leader and Deputy Chairman of the Popular Mobilization Committee, which oversees the PMF, died in the same strike that killed Qasem Soleimani in January. The attack on Taji yesterday had also come on the occasion of Soleimani's birthday.

There are also reports of a new, separate attack, possibly using mortars, on K-1.

Pictures have emerged online of damage to Karbala Airport, which is presently under construction, reportedly from one of the U.S. airstrikes.

There are reports that the U.S. military specifically targeted facilities with an eye toward reducing Kata’ib Hizbollah's Iranian-supplied small unmanned aerial vehicle capabilities.

The U.K. Ministry of Defense has issued its own statement relating to the strikes, making clear that they were not involved, but supporting "the right of the United States to defend themselves." 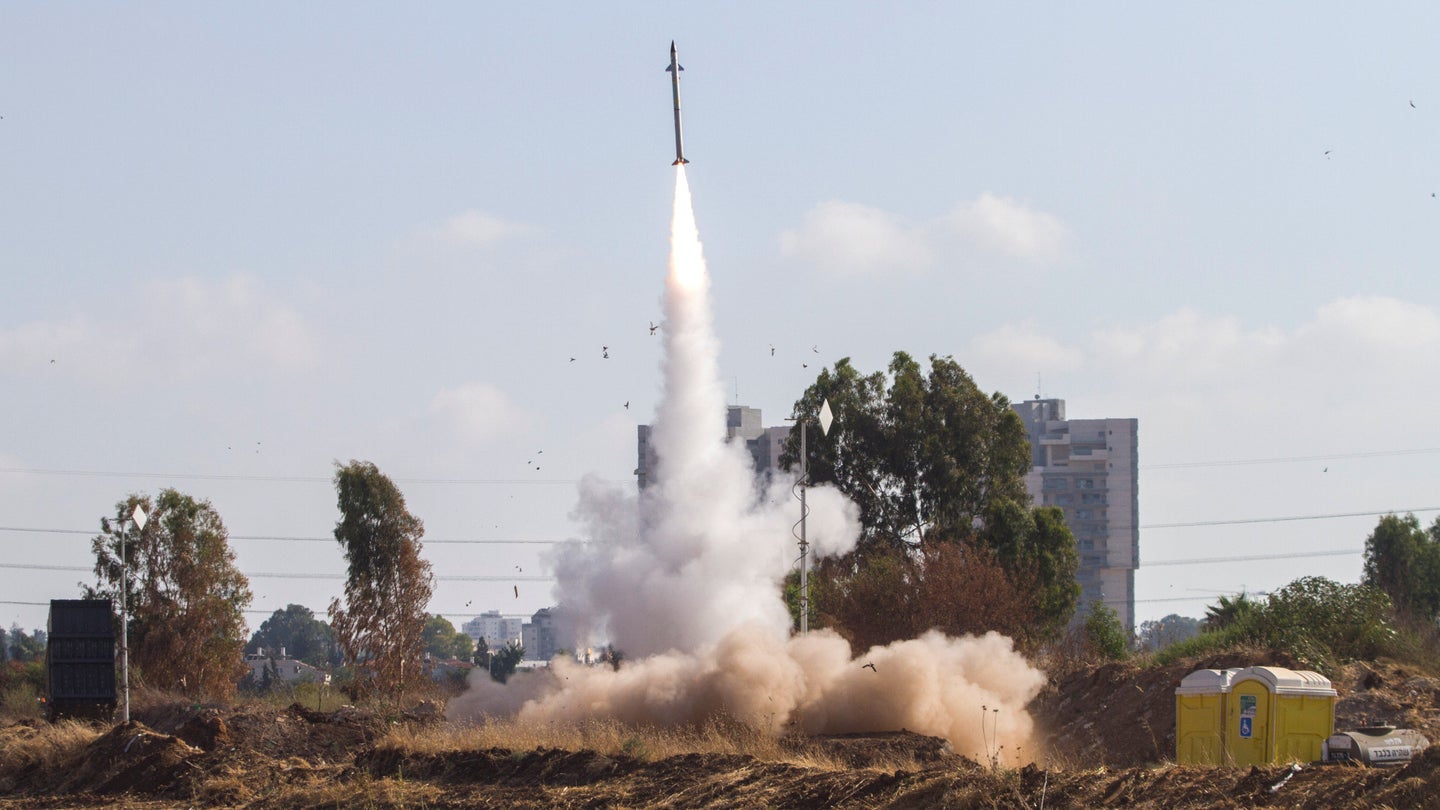 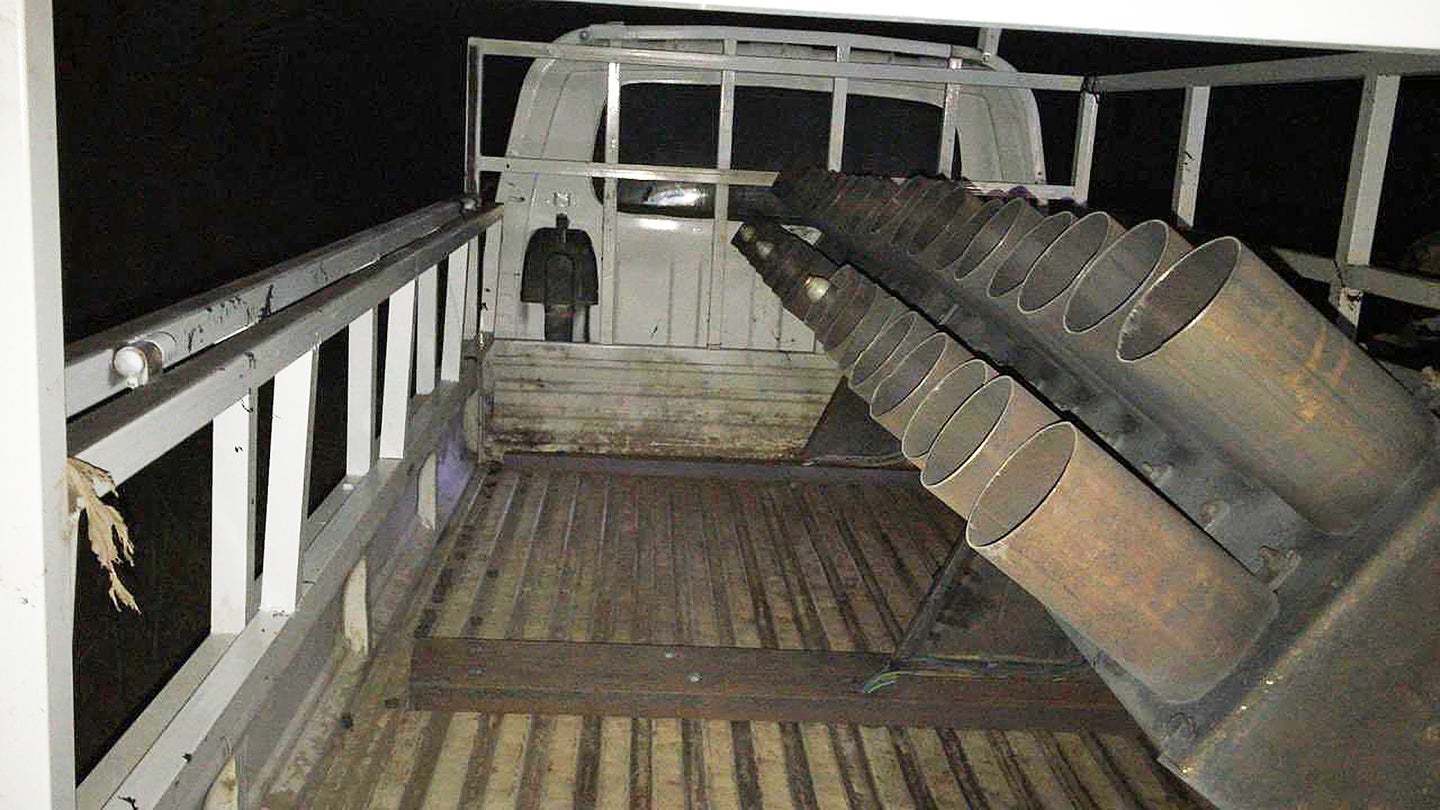 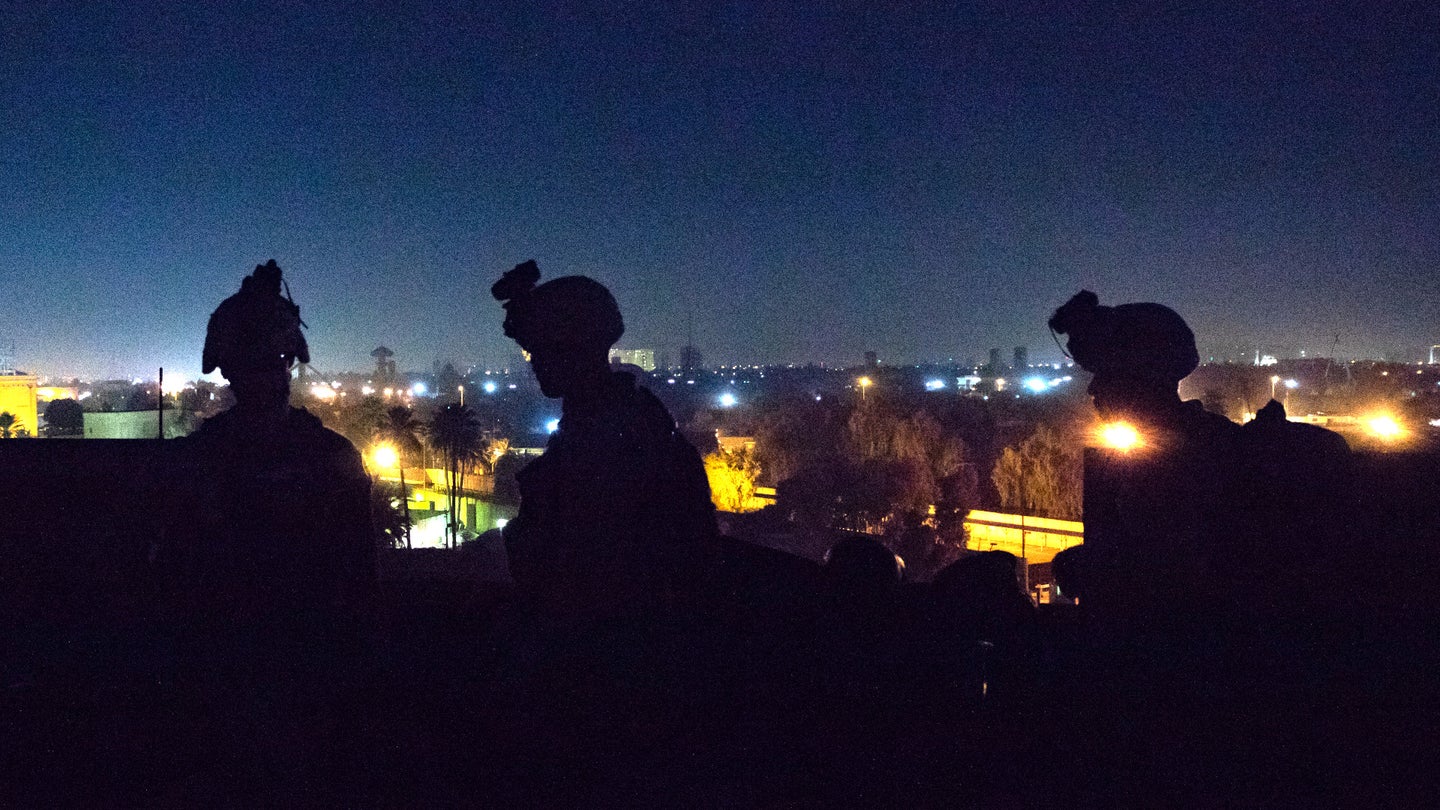 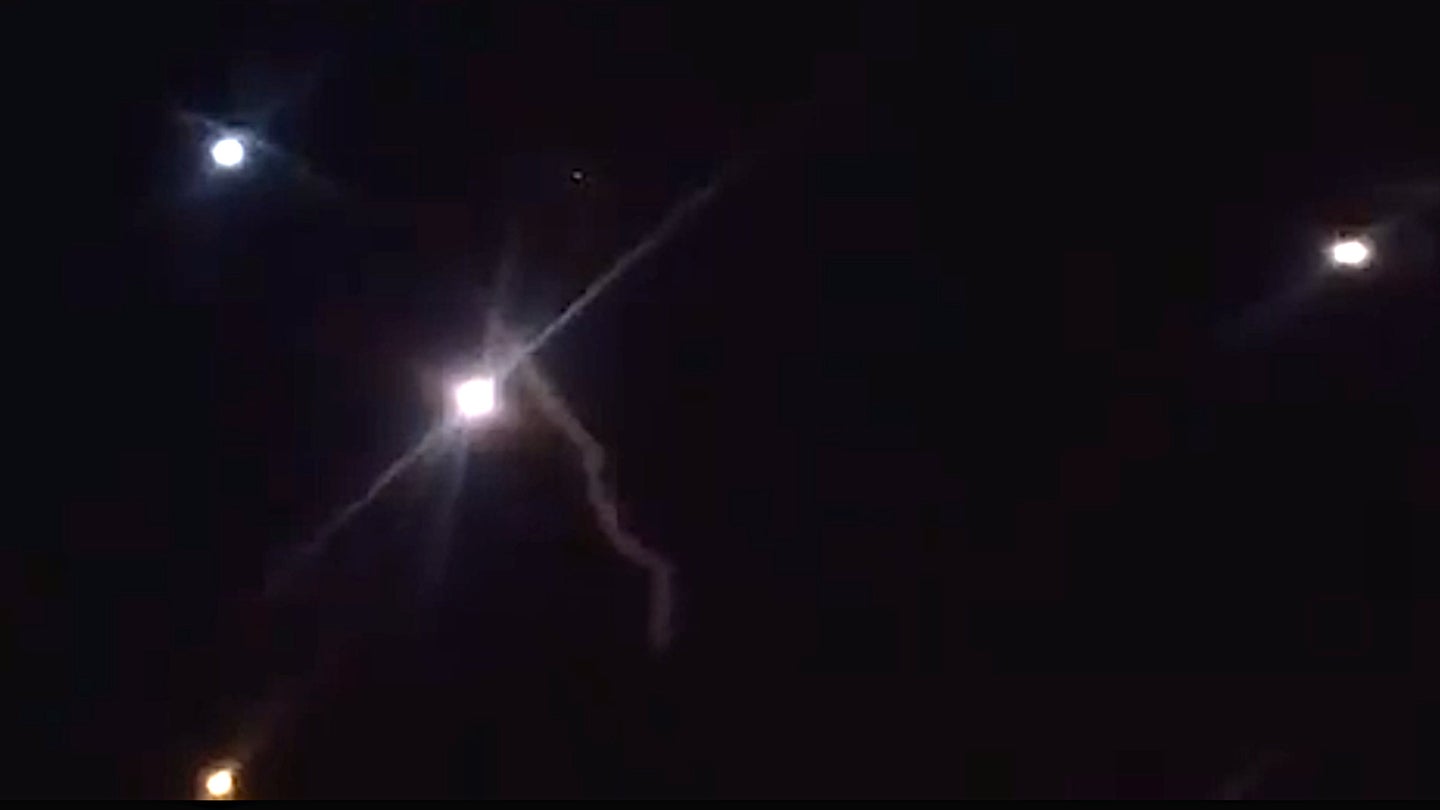 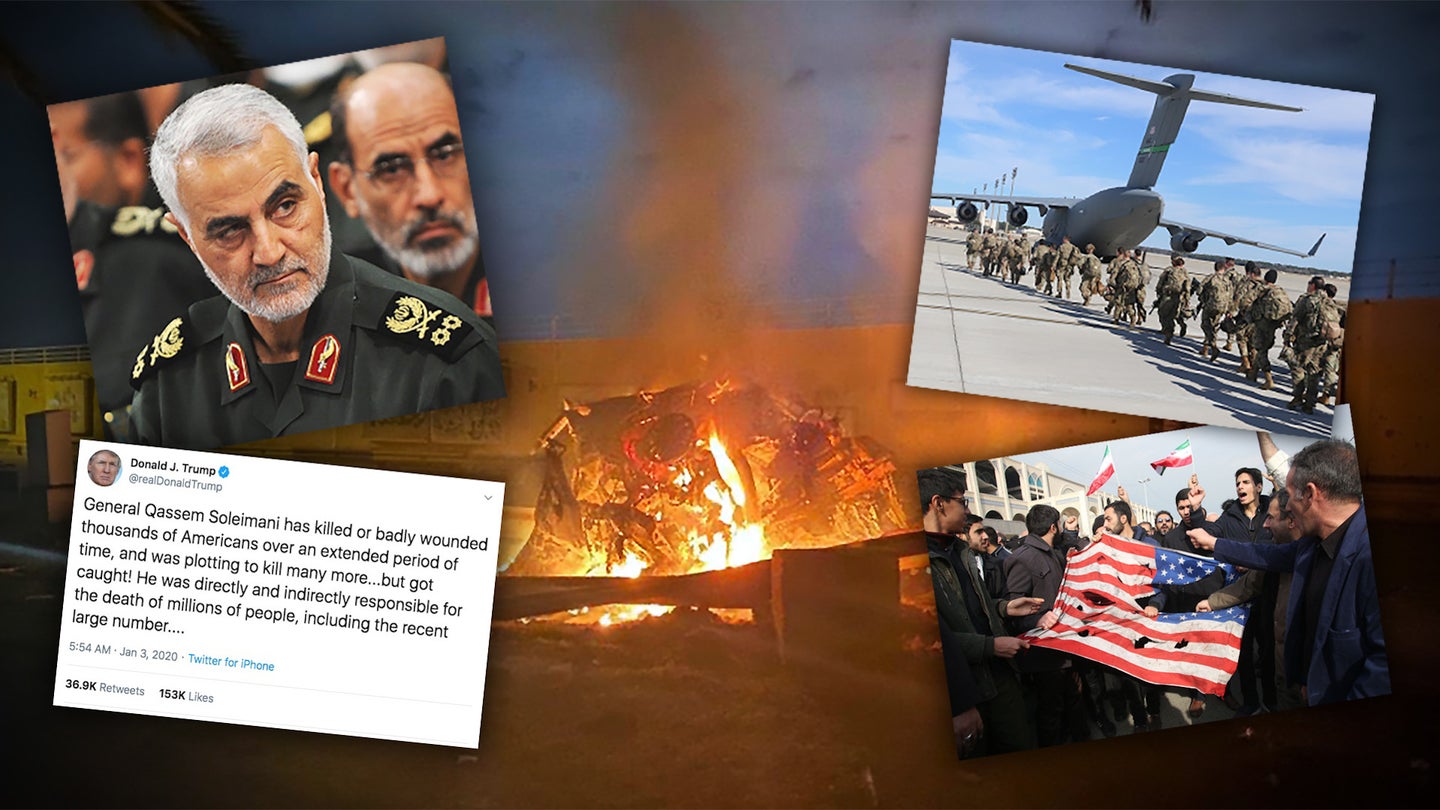