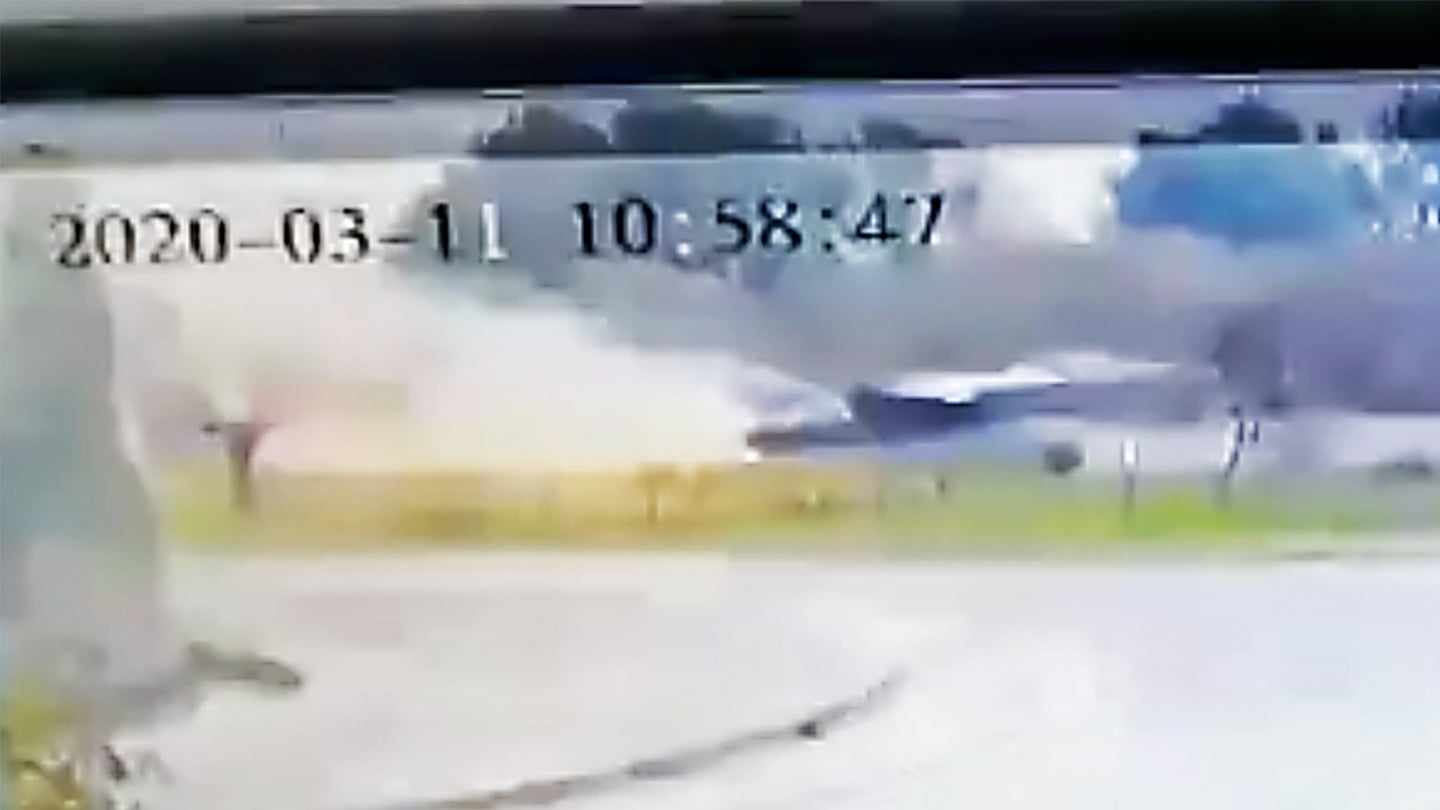 A Pakistani Air Force F-16A crashed in Islamabad earlier today during a practice display mission for an upcoming parade. The pilot, Wing Commander Nauman Akram, perished in the mishap. It is unclear exactly what caused the crash at this time and an investigation is underway. Thankfully nobody died on the ground when the jet careened into a treed area after a sharp maneuver. You can read more about this tragic event as well as see videos taken by bystanders in our previous post. Now, nearby closed-circuit surveillance camera footage shows the jet slamming into the ground in a high-alpha state.

The video clearly shows the aircraft in a nose-high attitude while losing altitude, impacting a tree or other object, and subsequently hitting the ground at high speed, before skidding forward in a giant fireball. It's a horrific scene, with a bystander in a car seen close by during the sequence of events, but this video could help investigators better understand what happened to the plane and its pilot. The canopy appears intact before the crash, so there are no noticeable signs of an attempt to eject.