U.S. forces guarding oil and gas fields in eastern Syria have recently come under attack from small drones dropping improvised mortar bomb-like munitions. It's not clear what group was responsible for these incidents, which thankfully have not caused any casualties so far, but they are the latest examples of this steadily growing threat. The U.S. military, as a whole, has been developing and fielding an increasingly wide array of counter-drone systems in response.

was first to report on what it described as "a multiday attack on two of the oil fields" that U.S. forces are presently guarding in Syria on Mar. 6, 2020. This is reportedly the first attack on American troops in these particular areas since the U.S. military first announced their new mission guarding oil and natural gas-related sites in the country in October 2019.

NPR's reporter in Syria, Tom Bowman, did not specify the exact locations of the attacks, or how many of them there were in total. He did say that members of the "West Virginia National Guard" had been on the scene of one of the incidents.

The West Virginia Army National Guard has troops assigned to the 30th Armored Brigade Combat Team presently deployed to Syria. In October 2019, the 30th briefly deployed a contingent of Bradley Fighting Vehicles, as well as supporting forces, to two forward operating bases, one at the Conoco Gas Plant and another known as Green Village, both of which are situated in the Syrian province of Deir Ez Zor. Elements of the brigade remained in the country after the Bradleys returned to Kuwait between November and December 2019, a shift in forces that The War Zone

Drones of an unspecified type, but "carrying a mortar [bomb]," attacked the West Virginian guardsmen on Mar. 4. More unmanned aerial vehicles conducted similars attacks two days later, both in the morning and the evening, according to Bowman.

"We immediately sprung, got in the vehicle. I got a REDCON-1 [Readiness Condition 1] status," Sergeant First Class Mitch Morgan of the West Virginia Army National Guard told NPR, referring to a full alert status ordering personnel to be ready to move and fight. "We were out in 2 minutes. We came out this way. As we were going out, they was [sic] raining mortars [bombs] in on top of us."

NPR did not provide any pictures of the munitions, or their remains, employed during the attacks. Its report said that they left noticeable impact craters and sprayed at least one U.S. military truck, as well as oil tanks at the site in Syria, with shrapnel. "An interesting thing about these mortars is that some of them, we're told by Army investigators, were made with 3D printers, which means that obviously someone pretty sophisticated put together these mortars, perhaps a nation-state," Bowman said on-air on Mar. 6.

Without more details, how sophisticated the munitions actually are is unclear. From the overall description of the attacks, the mortar bomb-like payloads and the drones themselves sound similar to the types that ISIS and other terrorist and militant groups have employed in Syria, as well as Iraq, for years now. There were reports that some ISIS-made munitions were also 3D-printed, but pictures of various types that have emerged have all pointed more toward injection-molded construction of certain parts combined with items from actual military munitions.

3D printing is increasingly more accessible, sparking concerns about the ability for private citizens with relatively modest means to make guns in their own homes. The equipment and materials necessary are not automatically prohibitively expensive or otherwise unavailable for non-state groups who are already spending hundreds of dollars, if not thousands or more, on acquiring small commercial drones, such as quad and hexcopter types, or the parts necessary to make capable homebrew designs.

At the same time, there have been reports for months about U.S. intelligence streams showing increased threats to American troops from Iran or its regional proxies across the Middle East. These concerns have only grown since the Trump Administration's decision to kill General Qasem Soleimani, then-commander of Iran's Quds Force, in Iraq in January 2020.

This is to say nothing of the unprecedented suicide drone and cruise missile strikes on Saudi Arabian oil infrastructure in September 2019, which the United States says Iran carried out itself and which Saudi authorities say was at least Iranian-sponsored. Two months later, Newsweek reported that Iranian-linked groups were employing "suicide drones" to surveil and harass U.S. personnel in an unspecified country, but offered few other details about these unmanned aerial vehicles.

Regardless of who has been responsible for these recent drone attacks on U.S. forces in Syria, they underscore a very real threat that American troops will only encounter more and more on and off the battlefield. The War Zone has long sounded the alarm on this issue and noted the significance of ISIS increasingly using unmanned aerial vehicles armed with improvised munitions back during the Battle of Mosul in Iraq in 2016 and 2017. This is an issue that U.S. forces have since encounter outside Iraq and Syria, as well, including in Afghanistan, where the Taliban have at least been employing small drones for surveillance.

This reality has led to a long-overdue explosion in the development and fielding of various counter-drone systems. The West Virginian Guardsmen in Syria reportedly drove off one of the drones during one of the recent incidents, but it's unclear if they used a dedicated weapon, such as an electronic warfare jammer, various types of which are already in U.S. military service.

The U.S. Air Force is also getting ready to deploy a system that uses a laser to physically shoot down small drones for field trials in an unspecified country.  That service is planning to conduct a similar operational experiment using a high-power microwave directed energy weapon, as well. The U.S. Army, which is leading a high-level Pentagon-directed counter-unmanned aerial systems effort, is set to deliver an assessment of a number of different systems already in use in April.

These efforts aren't limited to land-based systems, either. The U.S. Navy has recently begun testing a number of ship-mounted directed energy weapons that it hopes will be able to knock down small drones, among other threats, or at least blind or confuse any optical sensors they might be carrying.

If these drone attacks on U.S. troops guarding oil and gas fields in Syria persist, those forward operating locations might well become a good place to explore the efficacy of new counter-drone systems. 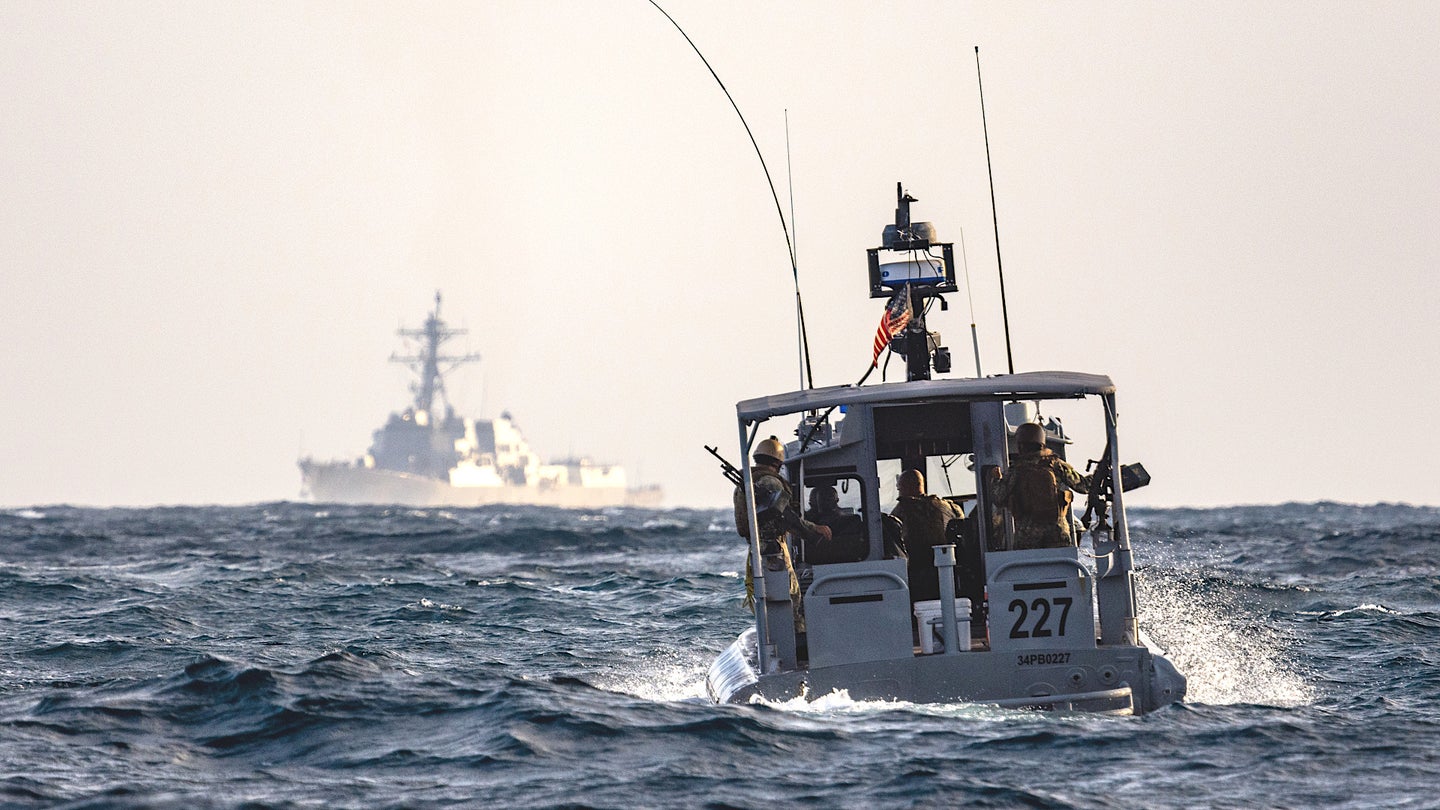 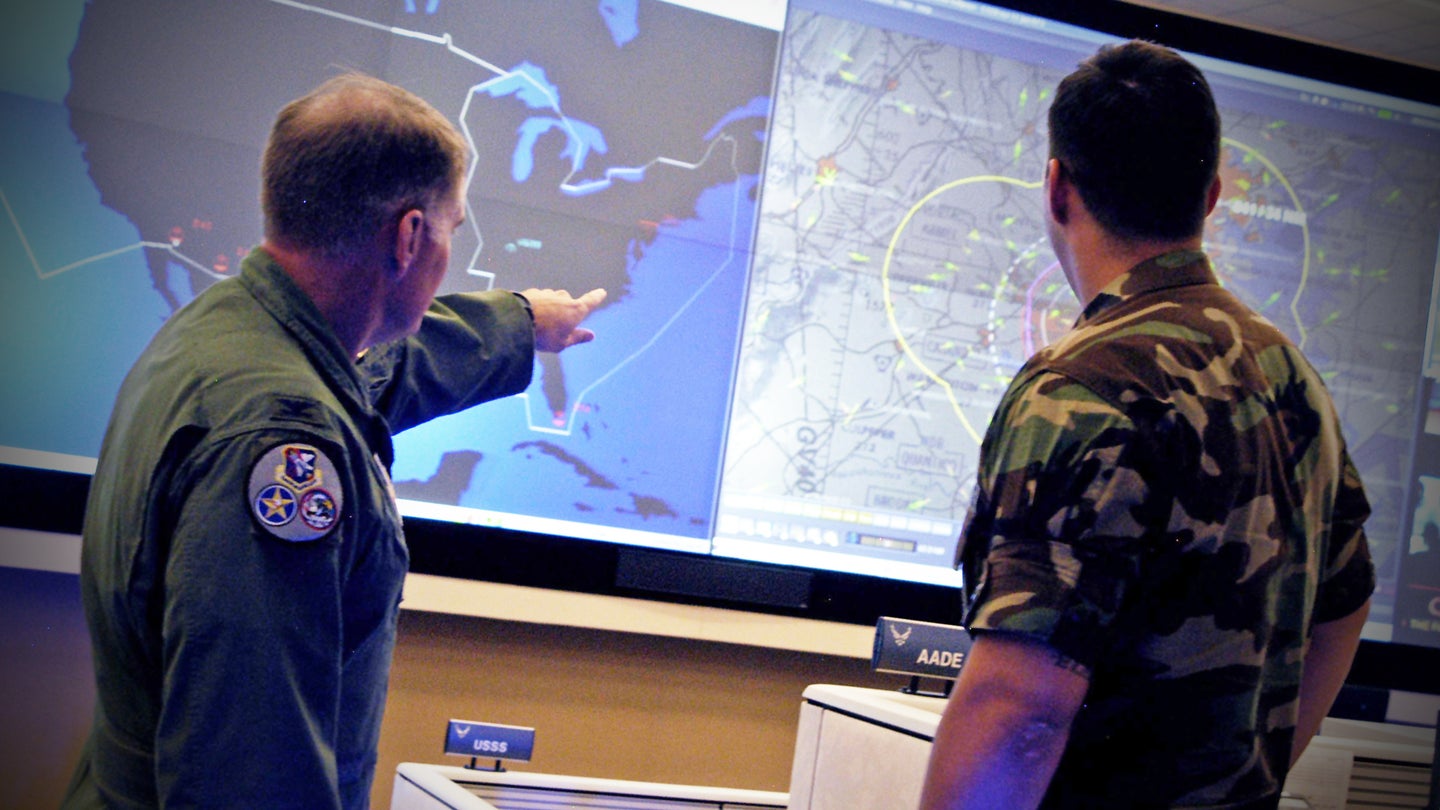