Not only can you see the formation blast past, but you can also hear it too! 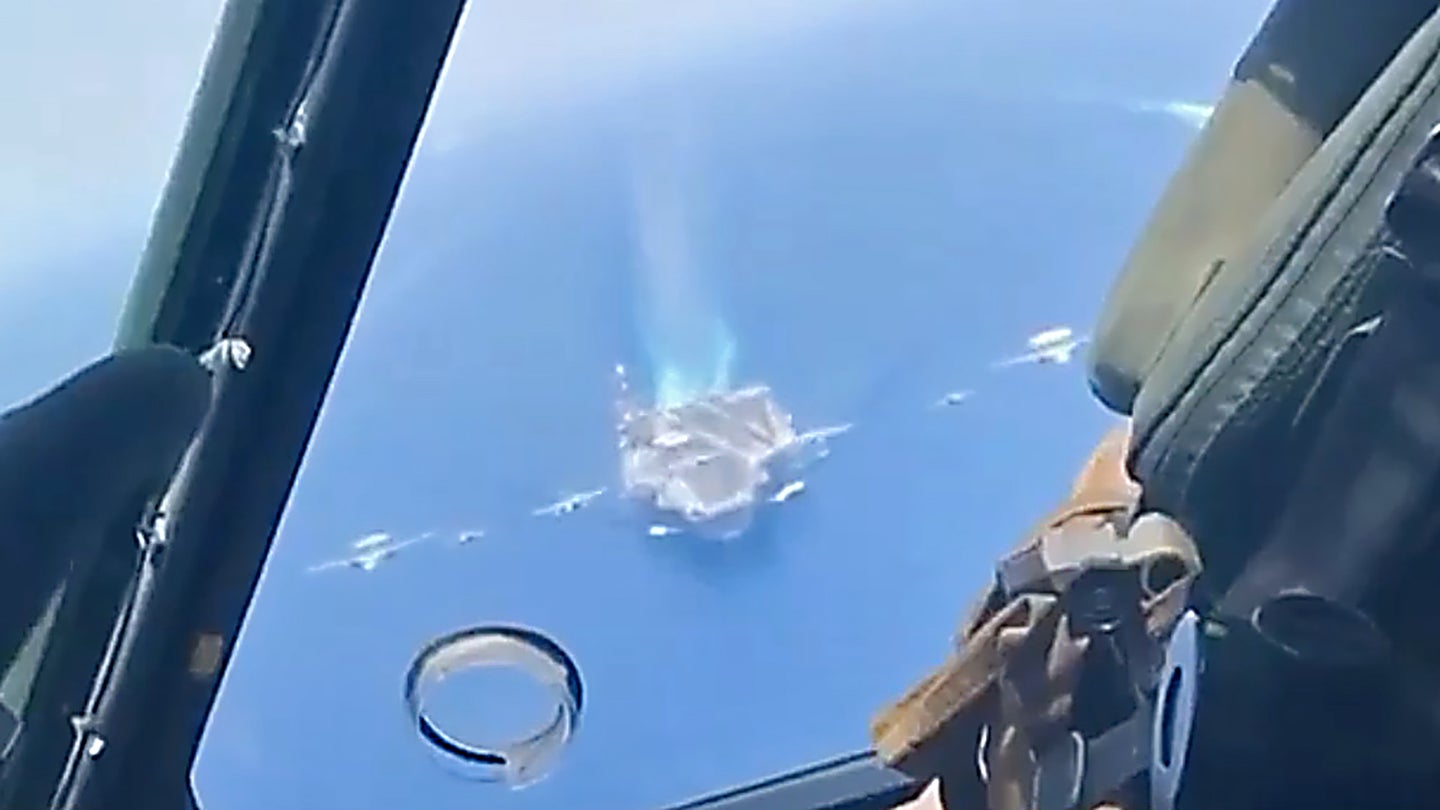 The Photo Exercise (PHOTOEX) is a staple of big naval drills, and especially ones where carrier groups train with naval and air assets from other allies and services. These shots often become social media sensations and are probably the most dramatic photographic examples of naval power projection at work. For the classic head-on shot, ships line up in formation and steam steadily ahead while aircraft also form up in an impressive and mixed formation and roar over the flotilla below. These impactful shots are captured via a hovering helicopter stationed in just the right place and at just the right altitude ahead of the oncoming armada. Now you can see what this incredible display of firepower looks like from the helicopter photo-ship's point of view.

The video below was posted by one of my favorite Instagram follows, Combat_learjet. It shows a Navy Seahawk pilot hovering perpendicular to the oncoming mass of military hardware, with a mixed formation of French and American naval aviation assets—Super Hornets, Rafales, and Hawkeyes—roar past just below. When I say roar past, I mean it. You can actually hear the formation as it blasts by.

The photo was taken as part of a cooperative operational exercise between the U.S. Navy supercarrier USS Dwight D. Eisenhower, the French carrier Charles de Gaulle, and their escorts, in the Mediterranean last week. The rendezvous saw aircraft from both air wings 'cross-deck' to each other's ships. This is unique training the two Navies can only execute with each other as they are the only naval arms in the world equipped catapult and arresting gear-configured aircraft carriers.

So, now that we have gotten a behind the scenes look at how these pictures are taken, you probably want to see the money shot itself? Unfortunately, it hasn't been posted just yet. Once it is, we will update the piece. But for now, just as an example, it will probably look something a lot like this: