The U.S. Army recently posted pictures online of a rare six-door stretch Humvee variant. The service originally acquired a small number of these vehicles more than a decade ago as part of a program to develop a mobile communication and data-sharing network. At least one of these war wagons, which are reminiscent of commercial Hummer limousines, remains in service and still supporting research and development efforts.

The Army's Command, Control, Computers, Communications, Cyber, Intelligence, Surveillance, and Reconnaissance (C5ISR) Center posted the pictures of one of these stretch Humvees recently, but they were actually taken last October at Aberdeen Proving Ground in Maryland. The vehicle is 50 percent longer than a standard four-door Humvee and has a station wagon-style rear end with a pair of doors that open outward.

It's not entirely clear when or where the Army acquired these Humvees. A May 2006 blog post on a site called Flash Off-Road suggests that a commercial dealer in the Los Angeles, California area built six of them around that time for the service. The large windows on either side of the vehicle's rear end are certainly a commercial feature found on civilian Hummer H1s in the station wagon configuration. It is very possible that a company that did, or still does, civilian H1 limousine conversions was responsible for making these Humvees for the Army.

The pictures Flash Off-Road obtained in 2006 showed one of the vehicles with a roof-mounted air conditioning unit, as well as a large roof rack – another commercial Hummer option – and at least 12 coaxial cable jacks at the rear. The blog speculated at the time that these might be destined for border patrol work.

However, the first job for these six-door Humvees was actually as part of the Army's Mounted Battle Command On The Move (MBCOTM) network program. Work on MBCOTM began in 2002, but it became a formal "program of record" in June 2005, which also aligns with the appearance of the stretch Humvee nearly a year later.

The Army had envisioned MBCOTM as a so-called "B-Kit" system that it could integrate, in full or in part, onto a variety of different vehicles, including regular size and stretch Humvees, the M1130 Stryker Command Vehicle variant, and the Bradley Fighting Vehicle. Personnel inside would have access to various radios and other networking systems to provide line-of-sight and beyond-line-of-sight communications, via Milstar communications satellites, and data sharing from both fixed positions and on the move.

“Essentially it is a TOC (Tactical Operations Center) on wheels," Rodney Young, then the MBCOTM Project Manager, said in an official interview circa 2006. "It makes the commander mobile in a way like never before."

"The biggest issue with the whole design was just fitting it into the HMMWV [High Mobility Multi-purpose Wheeled Vehicle]," Pat DeGroodt, the lead systems engineer for the MBCOTM program, said in another official interview circa 2006. There are pictures of standard size Humvees with different MBCOTM kit configurations, but the extended length variant could only have offered additional space inside for various systems and personnel to operate them.

By the end of 2006, one of the six-door Humvees had its configuration revised, including the removal of the roof-mounted air conditioning unit, the roof rack moved toward the rear, and the installation of a large satellite communications antenna dome on top of the rear end of the vehicle. The Army reportedly planned to begin fielding "command Humvee" variants that year, with MBCOTM kits for the M1130 Strykers and Bradleys in 2007 and 2008, respectively.

It's not entirely clear why, but the Army ultimately canceled the MBCOTM program in 2008. The requirement for this kind of on-to-move wideband communications and data-sharing capability didn't go away and the service has pursued a number of similar develops since then, including the Mission Command On the Move (MCOTM) system and, more recently, the Warfighter Information Net-Tactical (WIN-T).

Interest in these capabilities within the U.S. military has hardly been limited to the Army, either. Other U.S. government agencies, as well as foreign military forces, have been pursuing similar systems for the same reasons. In 2018, The War Zone

was first to report on a six-door SUV based on a Ford F350 Super Duty chassis that the U.S. Secret Service had put into service as its own new mobile command center, replacing earlier four-door Chevy Suburban-based Roadrunner vehicles.

The Army does appear to have abandoned any interest in its militarized Humvee limos as platforms to carry its new networking systems. WIN-T components are now fielded across a mix of 4x4 M-ATV mine-resistant vehicles and standard size Humvees, as well as Stryker wheeled armored vehicles and tactical trucks.

The stretch Humvee at Aberdeen shows that at least one of these vehicles remains in the Army's inventory. That the C5ISR Center is in possession of it isn't particularly surprising. The Army's Communications-Electronics Research Development and Engineering Center’s (CERDEC) Command and Control Directorate (C2D) built all of the prototype MBCOTM systems. CERDEC got a name change and became the C5ISR Center following the establishment of Army Futures Command in 2018.

It's not entirely clear what the C5ISR center was using this particular Humvee for last year. It had two roof racks covering the entire top of the vehicle and a number of small antennas on top at the rear. The panel where the coaxial jacks used to be was blocked off, but wires were visible feeding through that space from the antennas to various systems inside.

The captions on the recently released pictures offer limited details, but do say that the vehicle was being used for "research on positioning, navigation and timing systems." The U.S. military as a whole is increasingly concerned about the very real threat of an opponent jamming or spoofing GPS signals, limiting or outright denying the availability of that satellite navigation network to American forces or rendering it dangerously unreliable.

This has driven demands for what is often referred to as Assured Positioning, Navigation, and Timing (PNT) to protect against these kinds of "navigation warfare" attacks. The Army, as well as the other branches of the U.S. military, have been exploring a wide range of technological solutions and other operational concepts to provide a layered approach to providing this critical Assured PNT capability. You can read about those efforts in these past War Zone pieces.

It's interesting to note that U.S. Army Major General Chamberlain, the Director for Army Budget for the Assistant Secretary of the Army for Financial Management and Comptroller, specifically highlighted work on a "low-earth-orbit satellite, which will provide the Army access to assured position, navigation and timing information under conditions where the global positioning system may be limited or denied" while briefing reporters on the service's most recent budget proposal for the 2021 Fiscal Year in February. However, there's no indication that the Humvee was involved in work on this particular program.

Whatever the case, at least one of the Army's Humvee command and control wagons is still running and helping in the development of new capabilities to ensure that American troops have access to the information they need and when they need it. 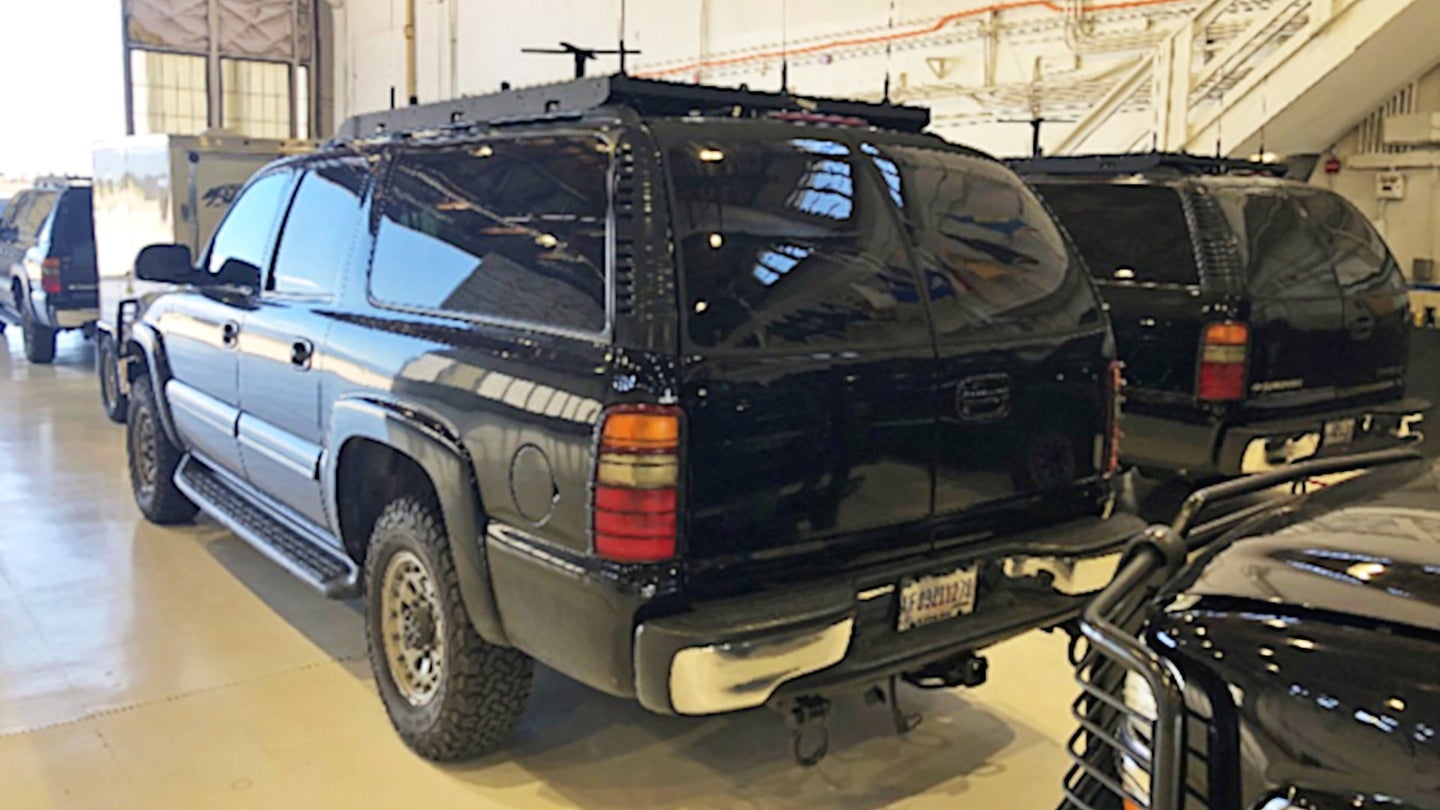 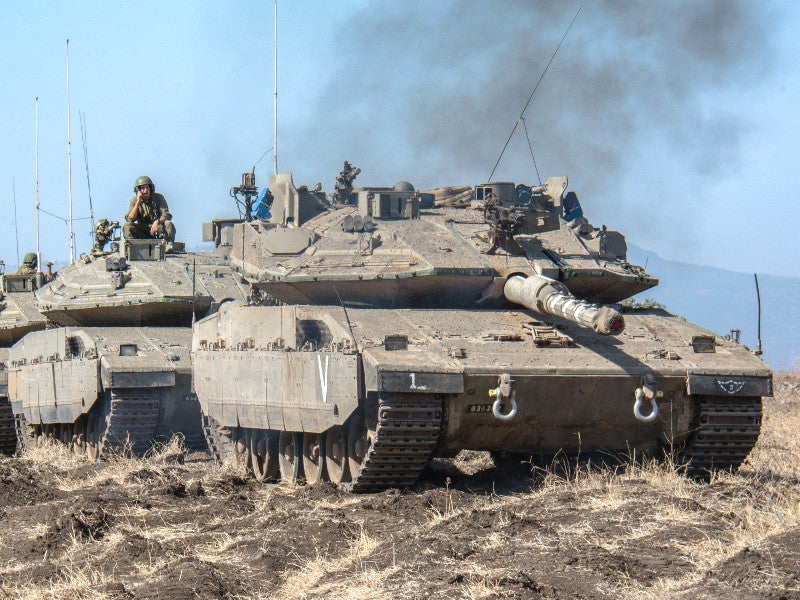 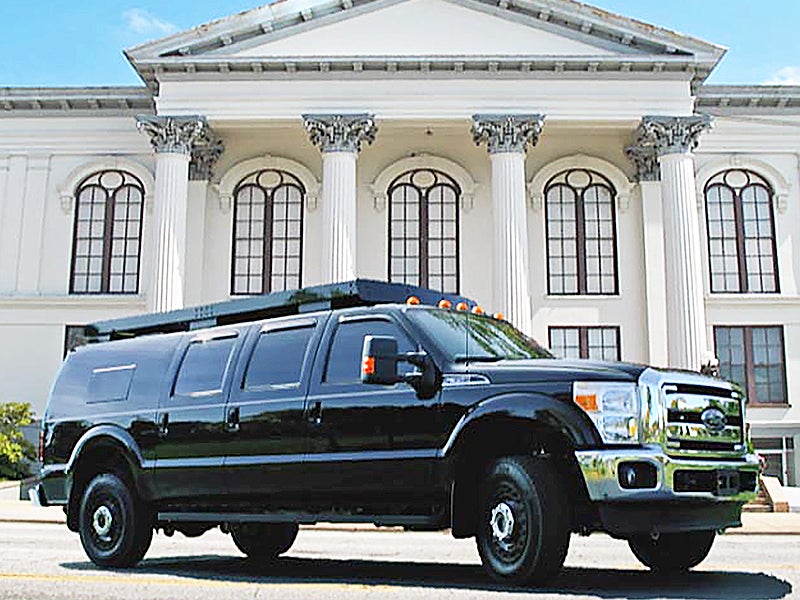 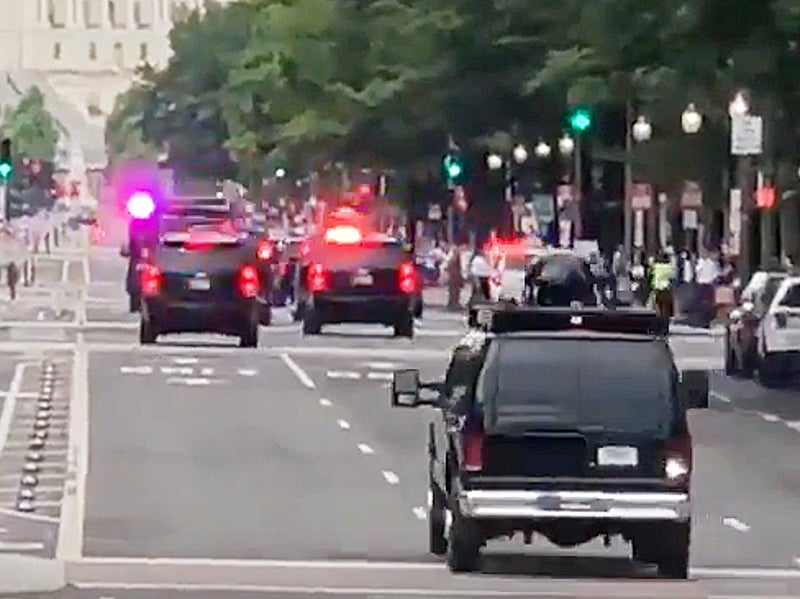 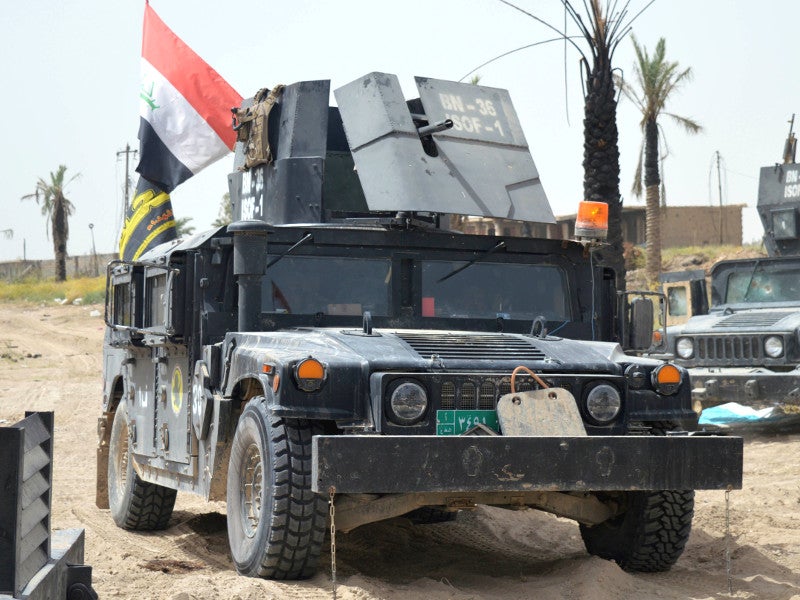