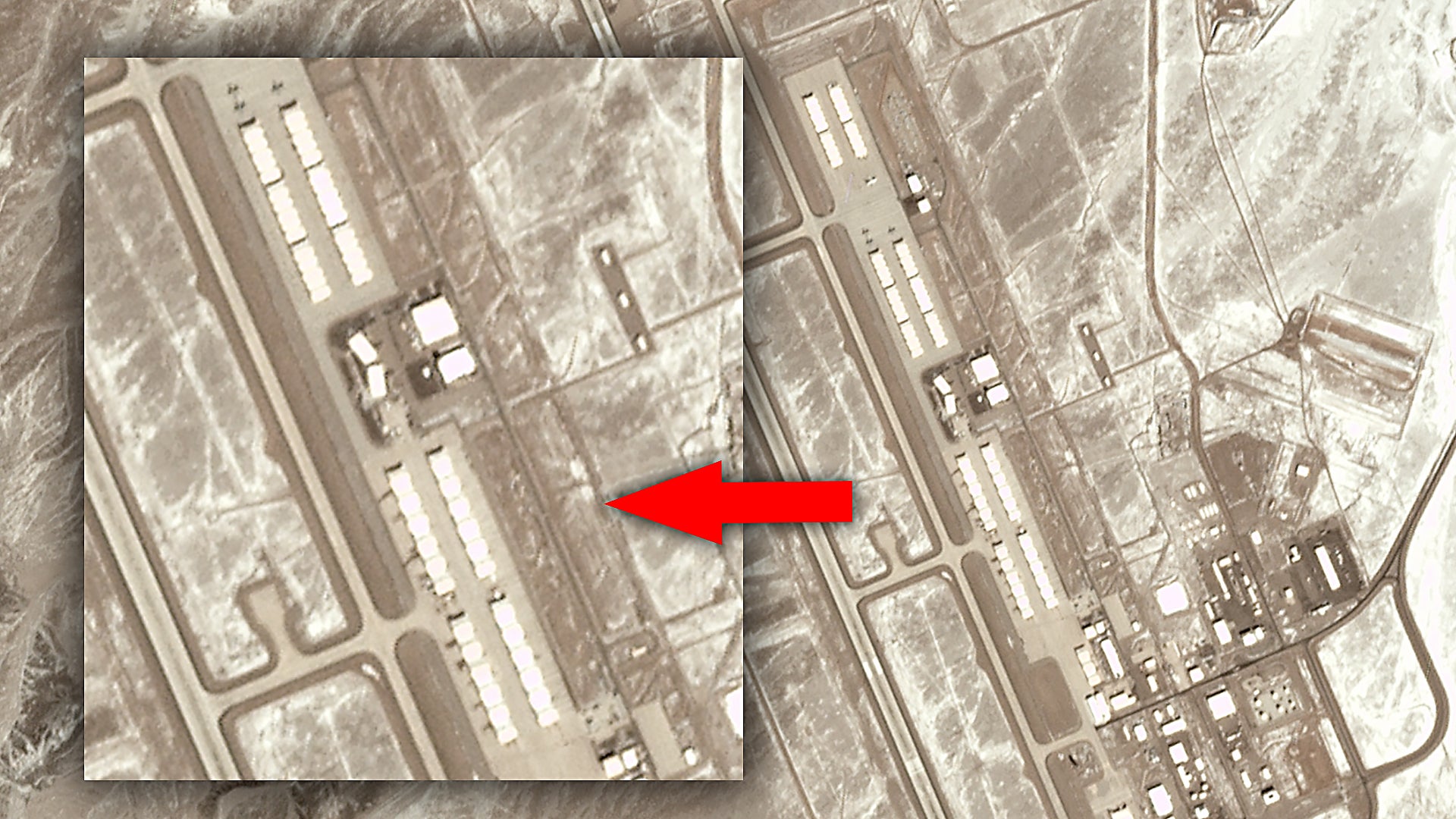 Last December, The War Zone reported on a bizarre instance where Planet Labs' satellite imagery showed a dozen mystery objects sitting in front of and/or poking out of one of the rows of hangars at the secretive Tonopah Test Range Airport in Nevada. After reviewing years of daily imagery from Planet Labs, such an event appeared unprecedented. Since the December 6th occurrence, it hasn't happened again, that is until Monday, March 2nd, 2020.

For key information on the first sighting of this kind, comparative and high-resolution images, as well as critical background information, including historical context about Tonopah Test Range Airport and its very unique tenants, make sure to read our past report linked here.

In imagery we obtained exclusively from Planet Labs, their three-meter resolution Planet Scope imaging satellites picked up what appears to be a number of objects sitting in front of, or at least poking out of, the same dozen hangars as before. Some of the objects appear to be quite large, with the morning light casting their shadow. On the north-end of Tonopah's long hangar-filled ramp, referred to by those who have worked on the base as 'canyons,' what are very likely three Air Force Special Operations Command CASA CN-235s sit. These aircraft, along with contractor-operated ones, are regular visitors to this part of the base. You can compare these aircraft to the shadows cast by some of the objects in front of the hangars. The CN-235s are roughly 70 feet long.

It's also worth noting that rehabilitation of Tonopah Test Range Airport's main runway continues, with a section of its southern end undergoing a major overhaul. This limits the usable runway length. In addition, the air terminal used by "Janet" airliners on the south side of the base is also under construction. This has led to the Janet jets parking on the north side of the main ramp, between the 'white' and 'red' hangar clusters, where the F-117s, small and large Air Force transport, and flying testbed activity occurs.

When we posted our original article, we were wondering if this would be caught on satellite again, and if so, how long it would be until it occurs again. The answer appears to be roughly three months.

As to what these objects are, we do not know, although we talked about the possibilities in our previous piece. Regardless, seeing so much activity in satellite imagery at the usually remarkably quiet, but sprawling base is intriguing, to say the least.