The U.S. State Department has approved the potential sale of eight KC-46A Pegasus tankers to Israel, which is in the process of selecting a replacement for its aging Boeing 707-based tankers. This comes as the U.S. Air Force has revealed that it is looking at new delays in developing critical fixes for its KC-46As and that there is still no clear schedule for when existing aircraft will actually receive those modifications. In the meantime, the service won't be using the Pegasuses it has now for routine combat or non-combat aerial refueling missions, except in an emergency.

The U.S. Military's Defense Security Cooperation Agency (DSCA) announced that the State Department had cleared Israel to buy the KC-46s, as well as other ancillary equipment, including spoofing-resistant GPS receivers and radios, and support services, on Mar. 3, 2020. The entire package has an estimated price tag of $2.4 billion.

"The United States is committed to the security of Israel, and it is vital to U.S. national interests to assist Israel to develop and maintain a strong and ready self-defense capability," the DSCA notice says. "This proposed sale is consistent with those objectives."

This announcement confirms many of the details in a report from IsraelDefense magazine in June 2019, which said that Israel had sent a formal Letter of Request about the potential purchase of two KC-46As with the option to buy six more afterward.

Israel also reportedly inquired about whether it could take delivery of that first pair of aircraft from a lot the Air Force had already contracted Boeing to build. This would allow the Israeli Air Force to get those first two Pegasuses earlier than they would otherwise.

The Israeli government has reportedly been in negotiations with Boeing about purchasing KC-46As to replace their fleet of nine 707-based tankers, also referred to as KC-707s, since at least 2018. Reports in Israeli media have said that the Chicago-headquartered aviation firm blocked plans for a competing offer from Israel Aerospace Industries' Bedek Aviation Group to supply second-hand Boeing 767s converted into tankers.

Bedek has supplied 767-based tankers, also known as KC-767 Multi-Mission Tanker Transports (MMTT), to Brazil and Colombia in the past. You can read more about these issues in this past War Zone story.

Airbus has also pitched a version of its A330 Multi-Role Tanker Transport (MRTT) equipped with a refueling boom as an alternative. At the time of writing, Israeli authorities still have yet to formally announce a decision.

American-Israeli ties may play a factor, given U.S. President Donald Trump's own close relationship with embattled Israeli Prime Minister Benjamin Netanyahu, who's Likud party just won a major electoral victory after months of political turmoil in Israel. The Trump Administration has been heavily promoting increased arms sale to foreign allies and partners, in general. The DSCA notice itself suggests there could be benefits to the tanker deal for the U.S. military in any future conflict that sees it fighting alongside Israeli forces.

"The proposed sale further supports the foreign policy and national security of the United States by allowing Israel to provide a redundant capability to U.S. assets within the region, potentially freeing U.S. assets for use elsewhere during times of war," DSCA's notice says. "Aerial refueling and strategic airlift are consistently cited as significant shortfalls for our allies. In addition, the sale improves Israel's national security posture as a key U.S. ally."

This is interesting given that earlier today Chief of Staff of the Air Force General David Goldfein told members of Congress that his service was still working with Boeing to develop a path forward for fixing the KC-46A's long-troubled Remote Vision System (RVS) and that he expected the revised system to be ready for fielding between 2023 and 2024. Last year, the estimate was that this work would be complete by either 2022 or 2023.

"Right now we are in final negotiations with the company on the fix, so I’ve got to be a little careful about how much detail I go into," he explained during the hearing before the Senate Armed Services Committee on Mar. 3. "But I did have a follow-up conversation with the [Boeing] CEO [Dave Calhoun] and I told him that not only the quality of a serious hardware fix is important, but also time. Because the longer we wait to get that operational, the longer we’re having to extend KC-135s, KC-10s, and it just continues to add up."

Reports had emerged in January that the Air Force was not happy with Boeing's proposals for fixing the RVS. At the same time, the service has said that it feels its relationship with the company has been on a more positive track since former Boeing CEO Dennis Muilenburg resigned in December 2019 over a raft of issues, including the 737 MAX scandal. Calhoun took over as CEO in January.

The issues with the RVS are well-established and have been known for some time now. You can read more about the specifics in these past War Zone pieces. The basic crux of the matter is that the system can't be trusted to provide an accurate picture of what is going on at the rear of the plane to boom operators sitting in the main cabin of the KC-46A. This, in turn, increases the risks to the tanker and any receiving aircraft of serious accidents. Boom operators on the Air Force's existing KC-135 and KC-10 tankers perform their task from a position at the back of aircraft where they directly observe what is going on.

Goldfein also said that there is still no firm schedule for when it will begin actually taking delivery of KC-46As with the RVS fixes or how long it might take to integrate them into the Pegasuses that Air Force has already accepted. As of December 2019, the service had received 30 of these tankers, the bulk of which are assigned to operational units. However, there are no plans to use them for aerial refueling missions until the improved vision system arrives.

"If we go to a high-end contingency, we will put every KC-46 we have into the fight," Goldfein said. "We won’t use it for day-to-day operations, but it will be made available for a contingency."

This was clearly meant to be reassuring, but is actually a pretty damning assessment of the aircraft's utility in its present form. Goldfien is saying is that the Air Force would have to commit tankers to operations during a major conflict, potentially against a near-peer such as Russia or China, that it is not comfortable using for routine missions where the stakes are infinitely lower.

This comes as the Air Force has proposed retiring 13 KC-135s and 16 KC-10s in the 2021 Fiscal Year, a plan that increasingly appears dead on arrival in Congress. U.S. Army General Stephen Lyons, head of U.S. Transportation Command (TRANSCOM), publicly decried this proposal during his own trip to Capitol Hill last week.

Concerns about tanker capacity have been mounting for a while now, amid the persistent troubles with the KC-46A, and there is growing talk about seeking out other alternatives, such as contractor-operated tankers for non-combat missions. The Air Force has said that it could use the Pegasuses for cargo-carrying and medical evacuation missions in the interim.

It's not clear what all this might mean for any future Israeli KC-46As, or those destined for other foreign operators. Japan, the first and so far only confirmed customer beyond the U.S. Air Force, has orders for two Pegauses and Boeing says it will deliver the first one in 2021, years before the RVS fix is scheduled to be ready.

It's hard to see how KC-46As will be able to significantly improve the capabilities of any Air Force, including Israel's, until Boeing can demonstrate that they can reliably perform their primary aerial refueling mission. 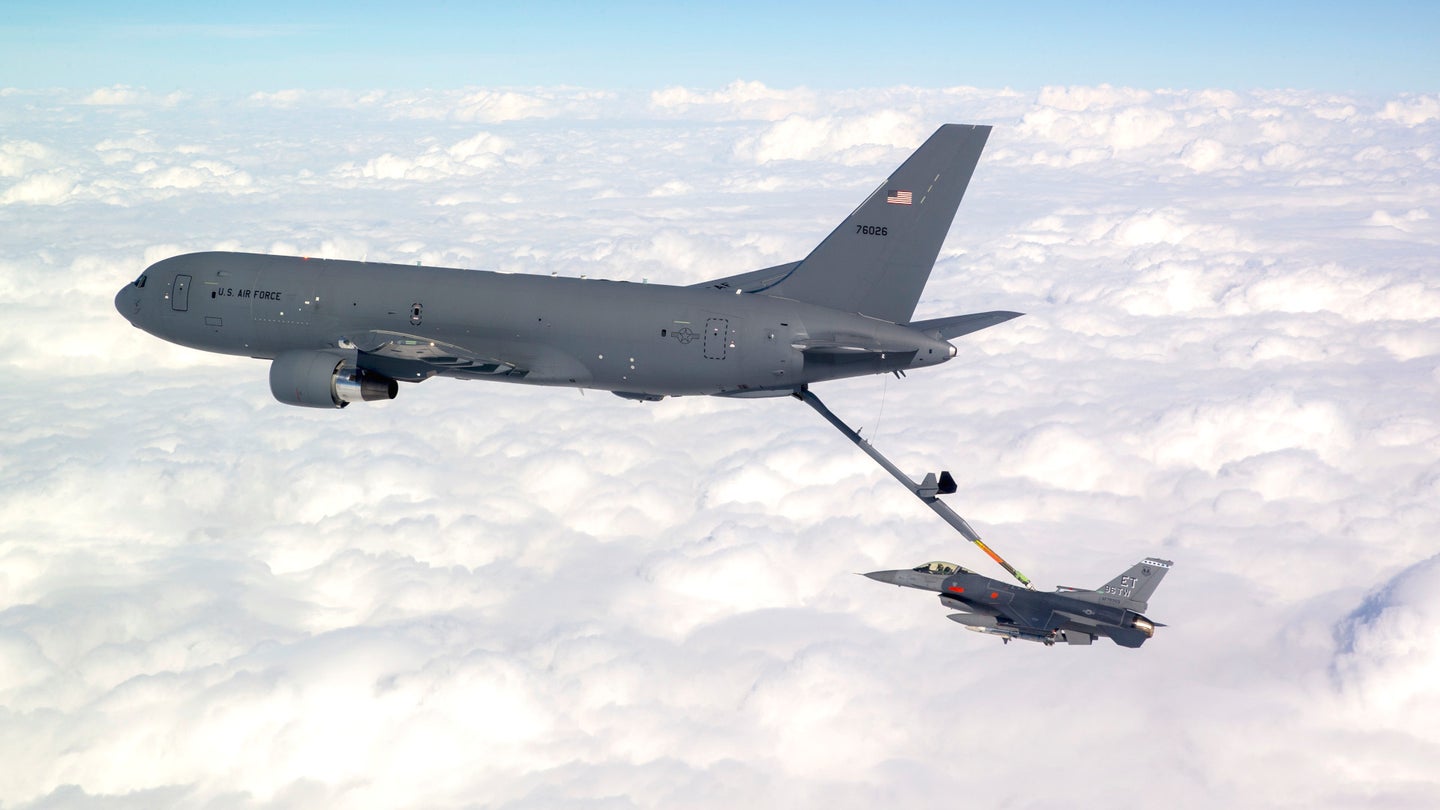 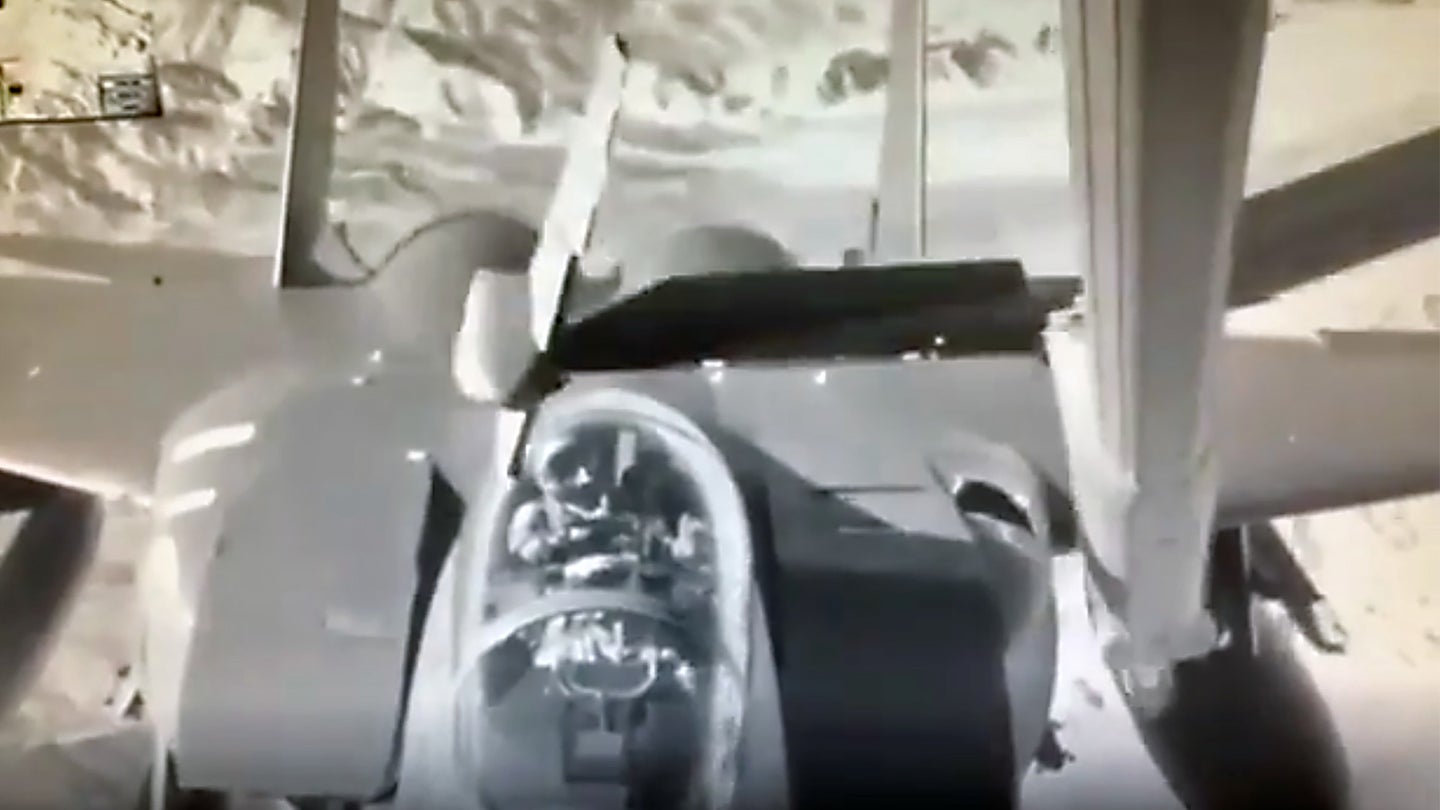 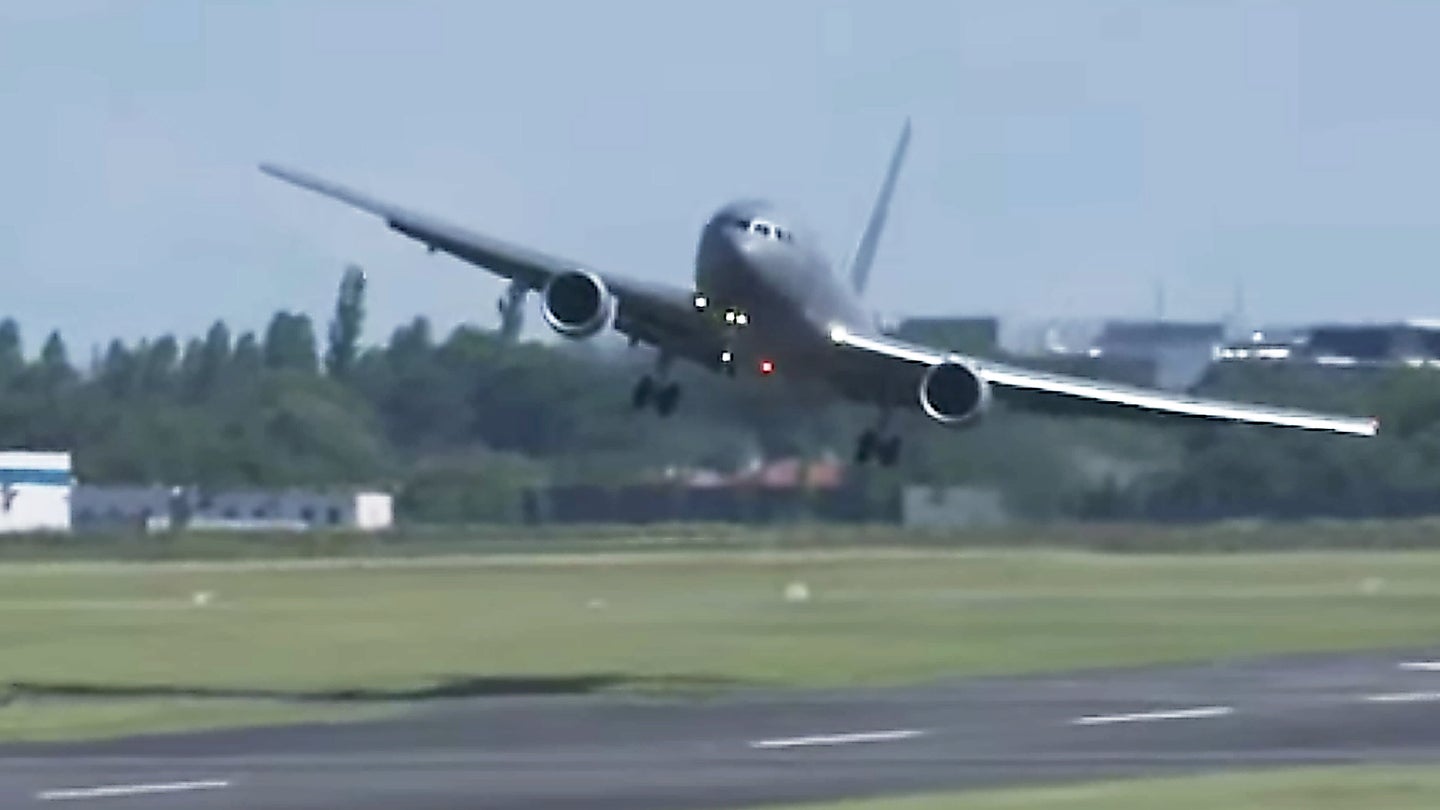