The Turkish government has reportedly asked its American counterparts to deploy a pair of Patriot surface-to-air missile system batteries along its southern border with Syria. This news came amid the announcement of the death of two Turkish troops, and the wounding of five more, in an airstrike in northwestern Syria. The request is politically fraught from the start due to a number of factors, including an ongoing spat between Turkey and the United States in part over the former's purchase of Russian-made S-400 air defense systems and the risks of sparking a wider conflict if American air defenders were to shoot down a Russian combat jet.

was first to report the Turkish request for U.S. Patriot batteries on Feb. 20, 2020. This comes as Turkish-backed militant in Syria, with direct support from Turkish artillery, have staged a major operation against forces aligned with Syrian dictator Bashar Al Assad in the country's northwestern Idlib province. Russia subsequently said that it had, at the request of Assad, sent Su-24 Fencer combat jets to conduct airstrikes on rebel positions.

The Turkish Defense Ministry has blamed the Syrian government for the airstrikes that killed its troops. However, there is also evidence that the Russian Su-24s were responsible.

Regardless, Turkey is now reportedly seeking the deployment of American Patriot batteries ostensibly to deter future airstrikes in areas under its de facto control in northern Syria and to provide an extra layer of protection for its own combat aircraft conducting retaliatory strikes, according to Bloomberg. At the time of writing, there has been no confirmation of the request from the U.S. government or any indication of how it might respond.

It's also not clear if Turkey asked the United States for the extra air defenses directly or did so through the mechanisms available to it as a member of NATO. The Turkish government has requested and secured the deployment of foreign Patriots, including from the United States, through the Alliance on multiple occasions in the past.

The most recent instance began in 2013 when the Syrian government was actively employing Scud and other short-range ballistic missiles against rebels and there were fears that these could inadvertently land inside Turkey. Spanish Patriot batteries, which are older PAC-2 variants, are still deployed at Incirlik Air Base to this day under that mission.

If it were to happen, an American Patriot deployment would almost certainly consist of more advanced PAC-3 variants, possibly even including the latest PAC-3 Missile Segment Enhancement (MSE) interceptors. It's not clear where in Turkey they would necessarily be situated, but the U.S. military does have rights to use facilities near the southern Turkish city of Gaziantep, known as Site G, for contingency purposes and has based Patriots there in the past. Bloomberg's report said that Turkey was seeking to position the air defense batteries in its southern Hatay province, which is wedged in between Syria and the northeastern edge of the Mediterranean Sea.

Whether or not the U.S. government acquiesces to Turkey's request at all very much remains to be seen. Despite U.S. President Donald Trump's close personal relationship with Turkey's increasingly dictatorial President Recep Tayyip Erdogan, the U.S. government as a whole remains frustrated with many of the country's foreign policy decisions. Last year, the Pentagon ejected its Turkish counterparts from the F-35 Joint Strike Fighter program over Turkey's decision to purchase Russian S-400 air defense systems. The United States made several offers to sell Turkey Patriots instead of the S-400s both before and after it finalized the deal with Russia in 2017. This is an entire saga that you can read more about in these past War Zone pieces.

Relations between Washington and Ankara are also strained over the latter's decision to launch a unilateral military intervention into northern Syria last year. This operation was aimed primarily at removing U.S.-backed predominantly Kurdish forces from a buffer area along the Turkish-Syrian border. Turkey and Russia subsequently arrived at an agreement, which saw Russian forces begin routine patrolling in this zone. This has caused increased tensions and spike in worrying altercations between U.S. and Russian forces in northeastern Syria, as well.

Even if the Trump Administration was inclined to meet the Turkish government's request, there are practical questions about whether there are American Patriots to send, at all. The U.S. military is presently locked in negotiations about sending some of these air defense systems to Iraq following unprecedented Iranian ballistic missile strikes that targeted American troops in that country in January. However, due to the relatively small size of the U.S. Army's overall Patriot force, this deployment, should it go ahead, could involve repositioning batteries that are now situated in Saudi Arabia guarding both military and civilian oil infrastructure. You can read more about these more logistical issues in this past War Zone piece.

The deployment of Patriots to Saudi Arabia had already caused some backlash, especially after the Army had withdrawn them from a number of other Middle Eastern countries in 2018. Some have questioned whether it was a prudent use of U.S. military resources to protect Saudi oil fields while leaving U.S. troops undefended elsewhere in the region. A similar political reaction could easily emerge in response to any new deployment of Patriots to Turkey.

There's also the questions of what U.S. Patriot batteries would really be in a position to do in southern Turkey. While the U.S. Navy F/A-18E/F Super Hornets did shoot down a Syrian Su-22 combat jet in 2017, there's no indication that the United States is eager to enter into a situation where it might be called upon to destroy Russian combat jets. The U.S. military has worked hard to avoid doing so in the past.

It's worth remembering that a Turkish F-16 Viper fighter jet shot down a Russian Su-24 flying near the Syrian-Turkish border in 2015. By that point, Turkish aircraft had also shot down a Syrian Air Force MiG-23 combat jet and an Mi-17 helicopter. NATO Patriots deployed to Turkey were in no way involved in any of these shootdowns.

There's also no word on why Turkey's own air defenses, including its new S-400 batteries, are not capable of providing suitable coverage along the border. There are now reports that the Turkish military will deploy the Russian-made air defense systems, but will continue to seek an American Patriot deployment, as well.

Turkish-backed Syrian forces have also recently demonstrated their own ability to shoot down Syrian regime helicopters, at least, in recent weeks. Since the beginning of February, the rebels have brought down two Mi-17 helicopters with what appear to be should-fired man-portable surface-to-air defense systems, or MANPADS, which Turkey may have supplied. It's important to remember that MANPADS have been a feature in the fighting in Syria for years now, as well.

Any U.S. government association with current Turkish military activities in northwestern Syria, or those of Turkish-backed Syrian militants, no matter how tangential, would also risk drawing the United States into a broader conflict that may now be brewing in the country. Beyond the latest Turkish deaths from the airstrikes in Idlib, more than a dozen Turkish troops have already died in Syrian artillery strikes in the province since the beginning of February. Erdogan has also repeatedly accused Russia of not holding up its end of various agreements and over its inability or unwillingness to restrain Assad. Last week, he threatened to retaliate directly against pro-Assad forces if any more Turkish personnel died.

"The regime, backed by Russian forces and Iran-backed militants, are continuously attacking civilians, committing massacres and shedding blood,"  Erdogan told members of his ruling Justice and Development Party on Feb. 12. “I hereby declare that we will strike regime forces everywhere from now on regardless of the [2018 safe zone] deal if any tiny bit of harm is dealt to our soldiers at observation posts or elsewhere.”

Russia has, in turn, accused Turkey of breaching the 2018 agreement regarding Idlib, including with direct and indirect support for the most recent rebel offensive operation against Assad's forces today. In addition to fire support from Turkish artillery units, Turkey has supplied various groups with armored personnel carriers, TOW anti-tank missiles, heavy artillery, and other weaponry.

Trump and other U.S. government officials have offered rhetorical support for Turkey's position in Syria regarding Idlib, but have also indicated that they will not intervene in any way. Trump himself has also pushed repeatedly for a full withdrawal of U.S. forces from Syria.

With all of this in mind, it hard to see how the United States could find it politically tenable to send Patriots to bolster Turkey's defenses and run the risk of becoming inextricably involved in the new and rapidly evolving stage of the conflict in northwestern Syria that is now emerging. 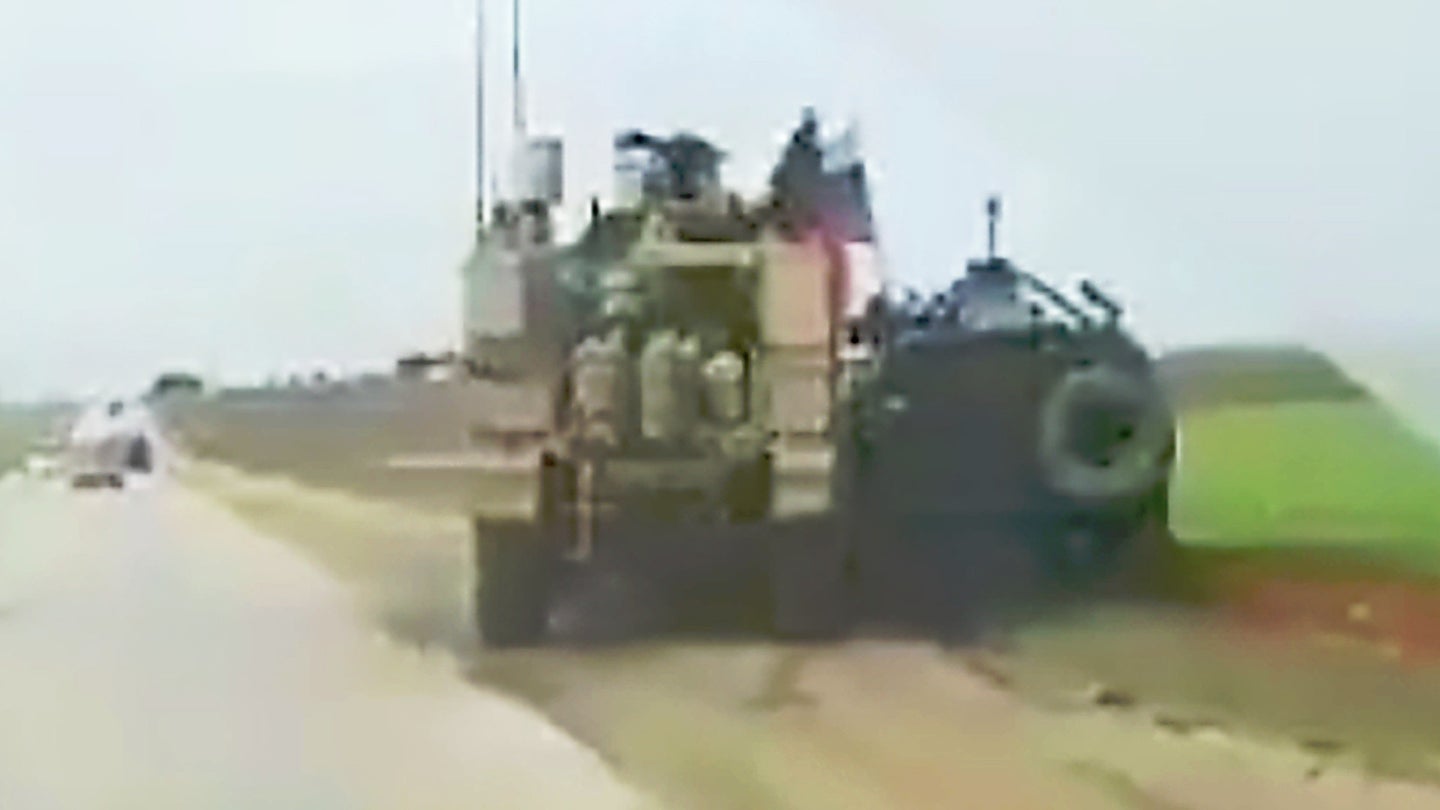 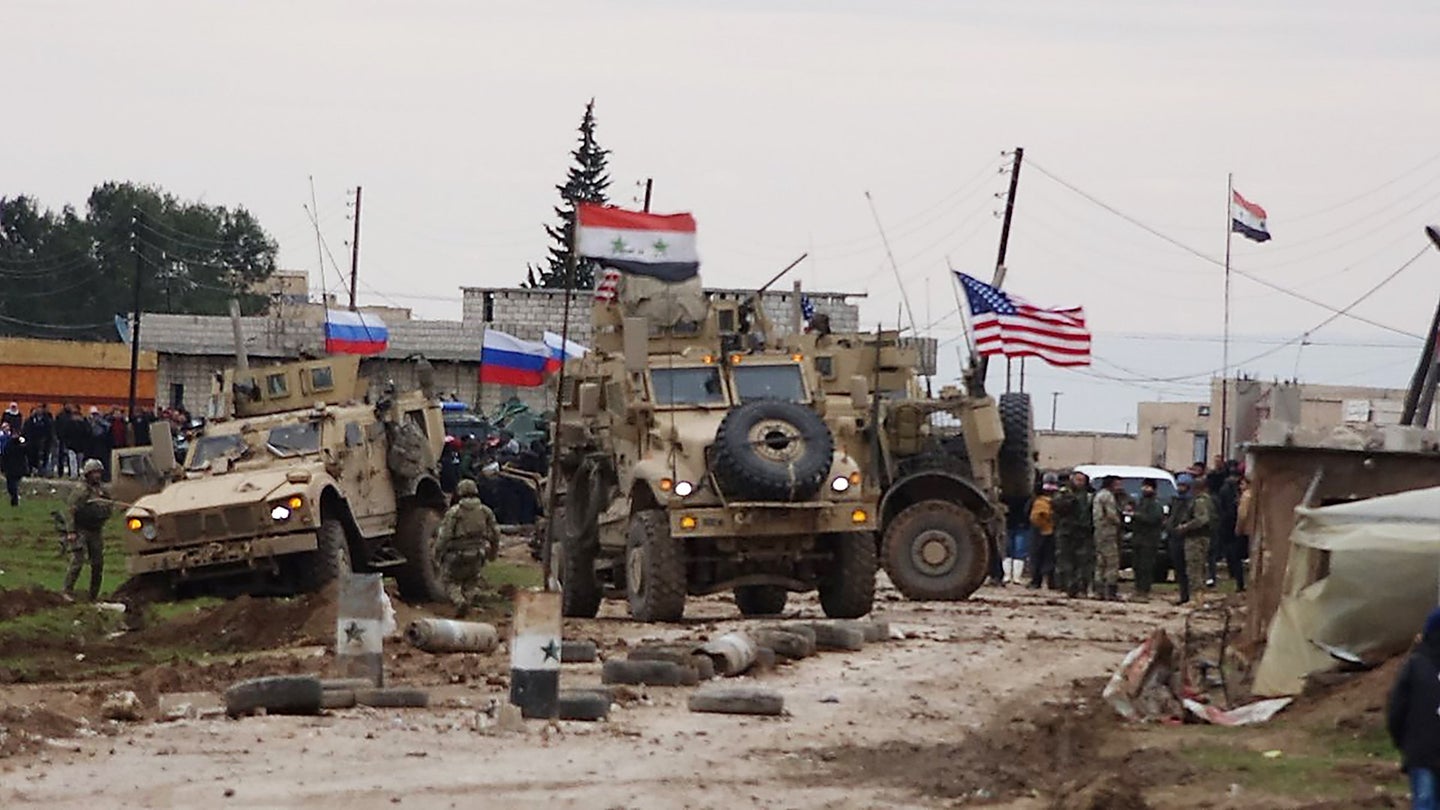 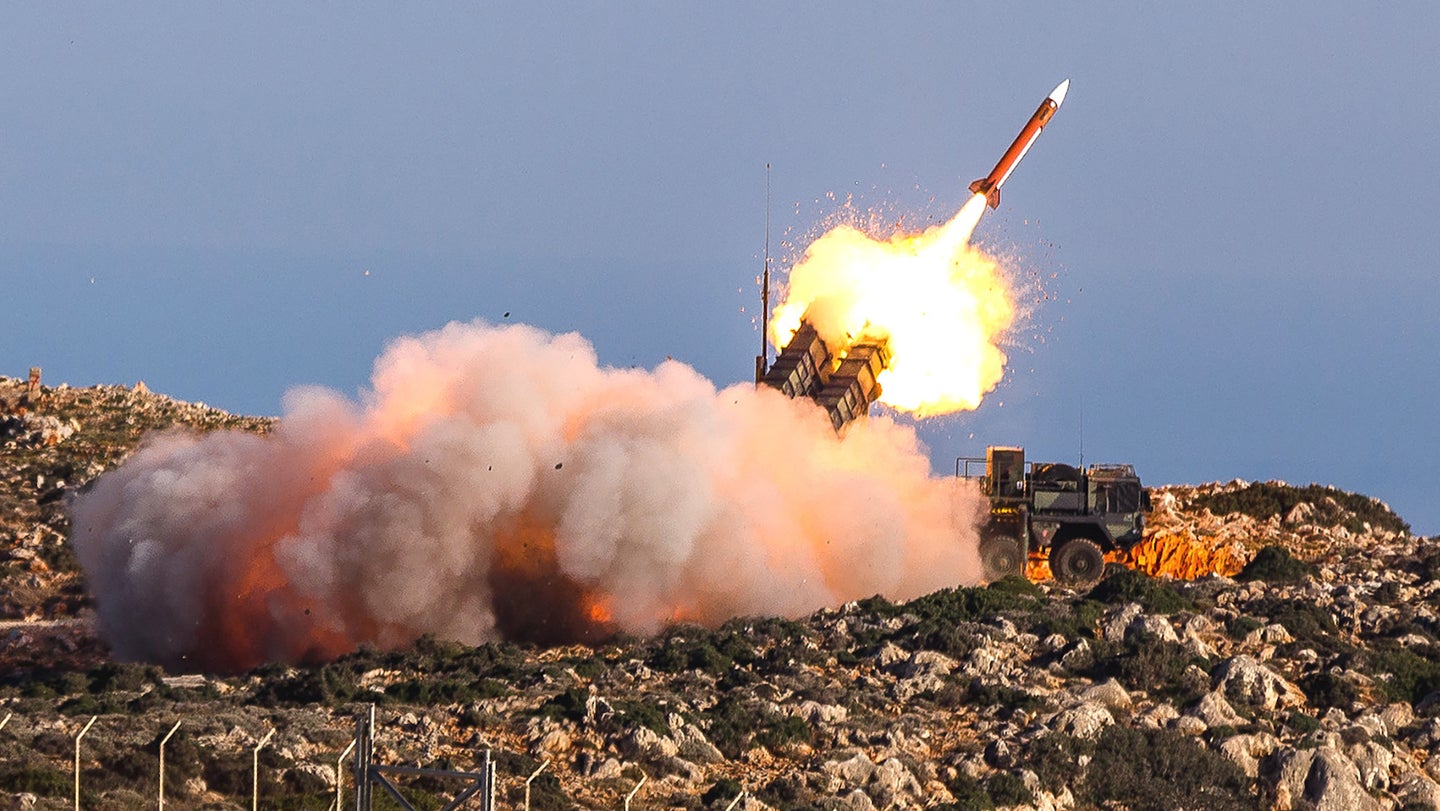