The 75th Ranger Regiment has provided important direct action raiding forces in Afghanistan for years. Here’s a look at the tools of their trade. 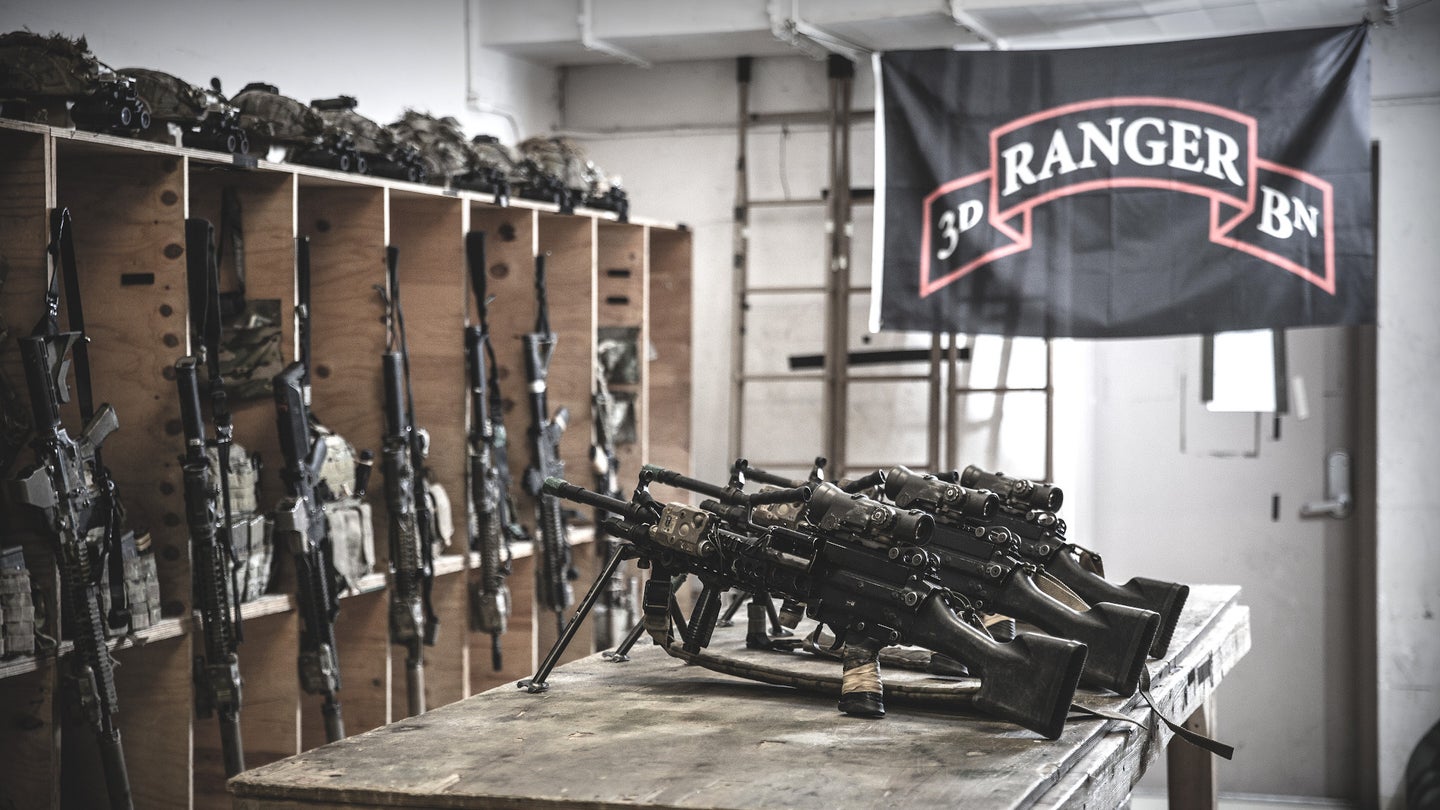 The U.S. Army's elite 75th Ranger Regiment has released a rare set of photos from inside an armory for its personnel in Afghanistan. Rotating contingents of Army Rangers have served for years as key direct action forces for conducting raids on the Taliban and other terrorist groups in the country. The secretive Joint Special Operations Command has often directed these operations and they have sometimes been in cooperation with the most capable of the Afghan military's own special operations units.

The 75th Ranger Regiment posted the pictures online through the U.S. military's Defense Visual Information Distribution Service website on Feb. 19, 2020, but they were taken nearly a year earlier at an undisclosed location in Afghanistan. A flag seen in the background of some of the pictures indicates that deployed elements of the Regiment's 3rd Battalion were using the armory at the time.

Each of the pictures has the same brief caption, which reads:

Though there is no detailed information accompanying the pictures, they do offer a good look at the typical weapons and other gear that Rangers are employing on operations in Afghanistan, including modified M4A1 carbines, Mk 48 light machine guns, and an 84mm Carl Gustaf M3 recoilless rifle. The last weapon is one that has been in use around the world for decades, but which only came to the U.S. military in the late 1980s when the Rangers adopted them.

The use of the Carl Gustaf subsequently expanded throughout the U.S. special operations forces community and, more recently, the recoilless rifles have begun to make their way to conventional Army and Marine Corps units.  You can read much more about the M3 in this past War Zone piece.

Here are the detailed images with descriptions of what we are seeing:

It's not clear why the 75th Ranger Regiment decided to release these photos now. They have come out just days before the Taliban are set to enter into what has been described as a "period of reduced violence." This partial ceasefire is part of a possible pathway to a true peace plan between the group and the United States.

Army Rangers remain deployed in Afghanistan and the elements of the 75th that are there now are no doubt just as prepared for whatever might happen as the ones who were utilizing this armory last year.

The hundreds of Marines living on these ships during deployments can be called up suddenly to fight. Here’s where they put all their weapons to do so.