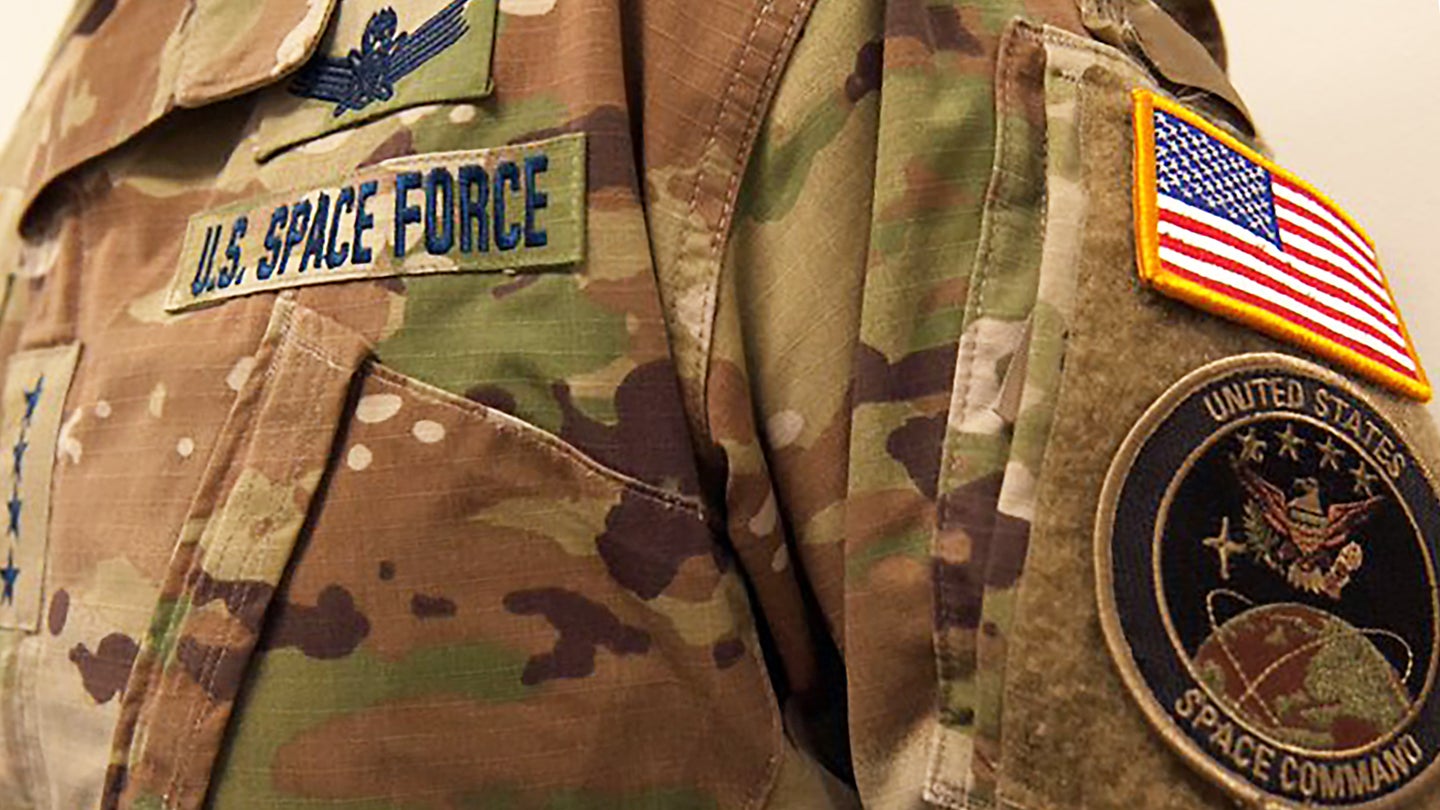 Space Force just launched, but there is still so much to figure out. Some of which is far more mundane than "dogfighting in space," including creating a culture, lore, and a sense of common morale unique to the service. Space Force's personnel will also need uniforms. Now, the Pentagon's newest command has given us a sneak peek at what at least one of its uniforms will look like and they are very much not out of this world.

If you were hoping for Starfleet-like jumpsuits with rank pips on the collars, you are going to be very disappointed. Instead of any trace of spacey or futuristic motif, Space Force troops will look like they are preparing to fight alongside the Ewoks of the forest moon of Endor instead of taking on the Empire's star destroyers orbiting above. Or a more down-to-earth way of looking at it is they will look nearly identical to their Army and Air Force counterparts.

Military.com's Hope Hodge Seck had one of the first reports on Space Force's somewhat mundane new uniforms. She describes what we are seeing in the image as such:

The uniform depicts four-star rank, indicating that the uniform belongs to Gen. John "Jay" Raymond, the first commander of U.S. Space Force. It also has the Command Space Operations badge embroidered above the service nametape.

On the left sleeve of the uniform is the United States Space Command patch, denoting the military's newest combatant command, formed shortly before Space Force itself activated Dec. 20. And above that patch is a forward-facing full-color American flag patch -- a departure from the muted backward-facing flags that soldiers and airmen wear on their right shoulders in OCP [Operational Camouflage Pattern] uniform."

The actual design of the uniform and its camouflage is a variation of those currently used by Army and the Air Force. Of course, this is Space Force's utility uniform, the more formal uniforms may get a bit more customized flare.

Still, considering the mission, one would think that green and brown camouflage may be a bit odd. A dark uniform that is more tailored to the daily tasks of must Space Force personnel seems to be more logical considering the service's overarching mission set. At the same time, going with an existing design will likely save some money and ease the transition for some personnel.

Regardless, as it sits now, this is our first glimpse of Space Force's fashion motif.

What do you think? Let us know in the comments below!