The crew of the fishing boat that “caught” it had no idea what it was, leading to speculation and discussion about its purpose. Now we have answers.

Last week, a Croatian fishing boat, the Marian II, caught a mysterious orange cube belonging to the U.S. Navy in its nets while trawling in the Adriatic Sea. The crew had no idea what it was and subsequently returned it to its owners onboard the Pathfinder class survey ship USNS Bruce C. Heezen without getting any details about its purpose, prompting speculation and discussion in the press and on social media. The War Zone has now confirmed that Heezen was testing new underwater survey equipment in Croatian territorial waters at the time, with the approval of that country's government, and that it had deployed this device in support of that mission.

Marian II's crew first recovered the cube, which is an oceanographic float, a type of buoy, on Jan. 6, 2020. In an Email to The War Zone, Travis Weger, a spokesperson for Military Sealift Command Europe and Africa, which is overseeing Heezen's activities in the region, confirmed local media reports that the Navy had compensated the fishermen "for damages and lost time" before they returned the device, but did not say how much money they received.

"Bruce C. Heezen was executing an oceanographic survey, which was coordinated with Croatian authorities," Weger explained. "Oceanographic surveys and fisherman interaction are common and professional in the maritime environment."

Weger said that the purpose of the buoy, which has a transponder attached, was to help in ensuring the accurate positioning of sidescan sonars that Heezen and other six ships in the Pathfinder class use to map the bottom of the ocean. He also said that the survey ship had "deployed the float in Croatian territorial waters to test upgraded systems," but did not specify the exact make or model of the systems in use.

Pictures of the float that the Croatian fisherman took after recovering it show a yellow tubular object on top of the buoy, which also has a metallic sea anchor. The float also has two vertical tubes, one of which, in this case, had a green-colored object inside. The cube also had a shipping label on it, which showed it had been shipped from the Stennis Space Center in Mississippi. In addition to being a NASA rocket test facility, Stennis also hosts the Naval Oceanographic Office, which is responsible for collecting oceanographic data and processing it for various uses across the Navy and the rest of the U.S. military.

Previous reports have already identified the yellow object as a Kongsberg cNODE transponder. This would fit with the Navy's statement.

The buoy also has two vertical tubes, one of which contained what appeared to be a Teledyne Marine R12K Acoustic Transponding Release, according to an initial analysis by H.I. Sutton, an expert in underwater military systems of all kinds. The company's website says that this system is for "deep water asset recovery." This system is connected to the sea anchor and releases that weight on command using a "secure acoustic command" so Navy personnel can recovery the buoy.

All of this further fits with information from online ship tracking software that had shown Heezen sailing in very deliberate patterns near the Croatian island of Mljet, which are typically seen during underwater mapping and other oceanographic survey activities. Sutton has also noted that this same buoy has been employed in surveys using the Environmental Acoustic Recording System (EARS) to record ambient underwater noise, but there is no indication that this system was in use in this particular instance.

That this mysterious cube has turned out to be part of an underwater mapping operating may seem underwhelming, but these kinds of surveys are exceptionally important for maritime operations below the waves, as well as above them. Having accurate charts of the topography of the seabed "serves to aid in safe navigation and effective mission planning," Weger noted in his statement to The War Zone.

The kind of information is extremely valuable for submarine and anti-submarine operations, as well as amphibious and littoral activities, all of which require a precise understanding of routes that are clear of potential underwater hazards. It's worth remembering that in 2016, the Chinese navy grabbed an underwater drone that another Pathfinder class ship, the USNS Bowditch, had been operating in the Pacific near the Philippines. At the time, in its analysis of the incident, The War Zone noted that Chinese officials could have been interested in determining the kind of information it was gathering, as well as sending a message to the Trump Administration over its support for Taiwan and just asserting the country's expansive territorial claims in the South China Sea.

It's not clear if Heezen was operating off the coast of Croatia because that area is of particular interest to the Navy or because it offered optimal conditions to test its upgraded oceanographic systems. However, the Navy has reported an uptick in Russian submarine activity, in particular, in the Mediterranean, as well as in the Atlantic and Arctic regions. This had already prompted the service to create reactivate U.S. 2nd Fleet, which recently reached full operational capability and is heavily focused on countering this subsurface activity.

“The beauty of the platforms that I operate with – particularly the late-generation Virginia class submarine, which is the best in the world, has the ability, flexibility, agility, dwell; it can stay places for a long time submerged, stealthy; and it has speed, it gets places fast, so I can move it around like a chess piece on a chessboard,” U.S. Navy Admiral James Foggo, who serves as the head of U.S. Naval Forces Europe and Africa, as well as NATO’s Allied Joint Force Command Naples, told reporters in December 2019. He added that he had taken "a zone defense approach" to keeping tabs on his Russian counterparts.

These are exactly the kind of tactics that require a solid knowledge of any underwater objects of interest, natural or man-made, as well as general depths and other oceanographic information. Knowing where submarines can and cannot operate, or hide, to begin with, makes it that much easier to search for and track potential underwater threats. Other baseline oceanographic information, such as typical ambient acoustics in various areas gathered using EARS, can further help ships, submarines, and aircraft in the detection of opposing subs. How much noise a submarine generates, and keeping it to a minimum, is absolutely essential for its survival in combat.

All told, while the Heezen and this cube-shaped buoy may have been conducting what outwardly seems to be a relatively mundane underwater mapping mission, the data that this and the other Pathfinder class ships collect is absolutely vital for Navy operations, especially submarine and anti-submarine warfare. 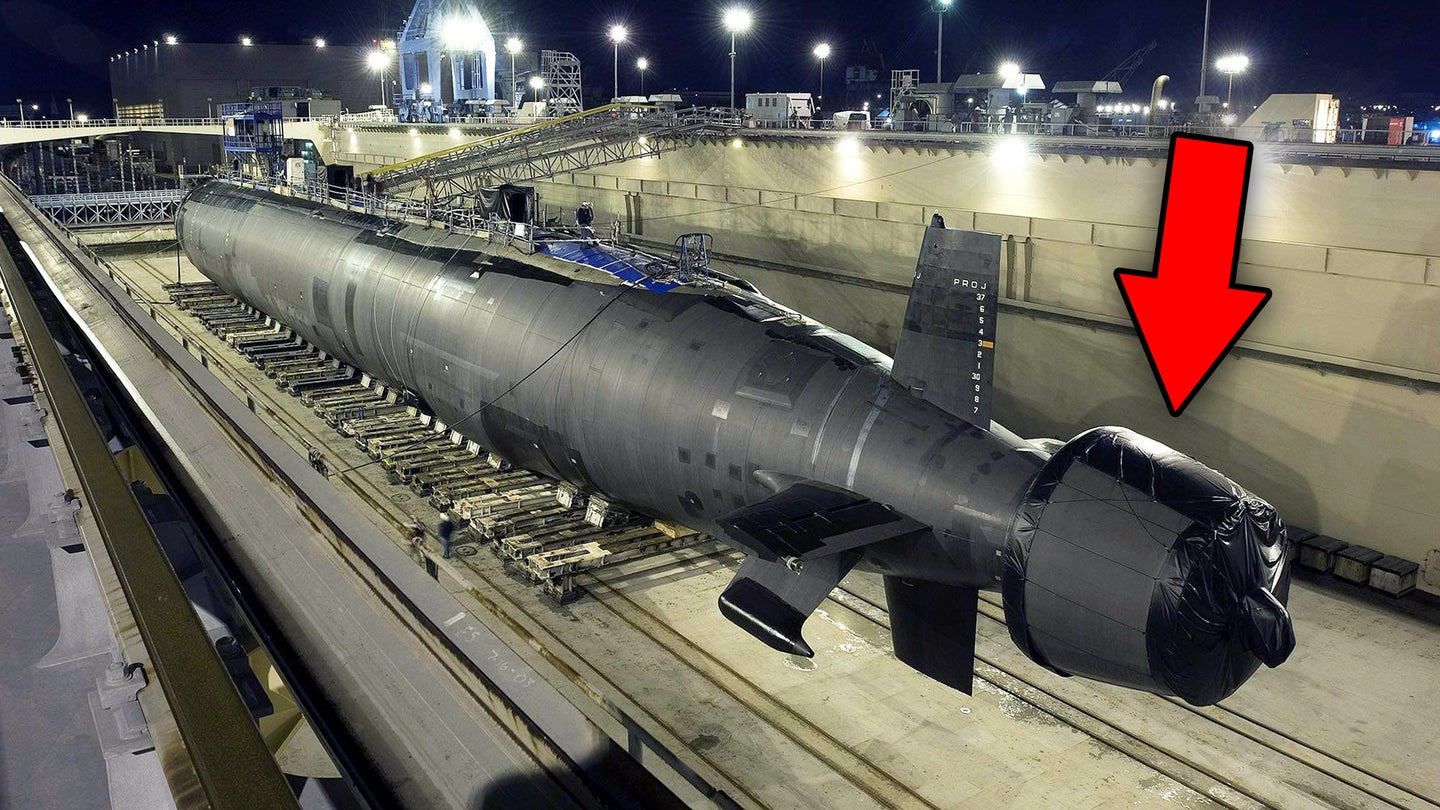 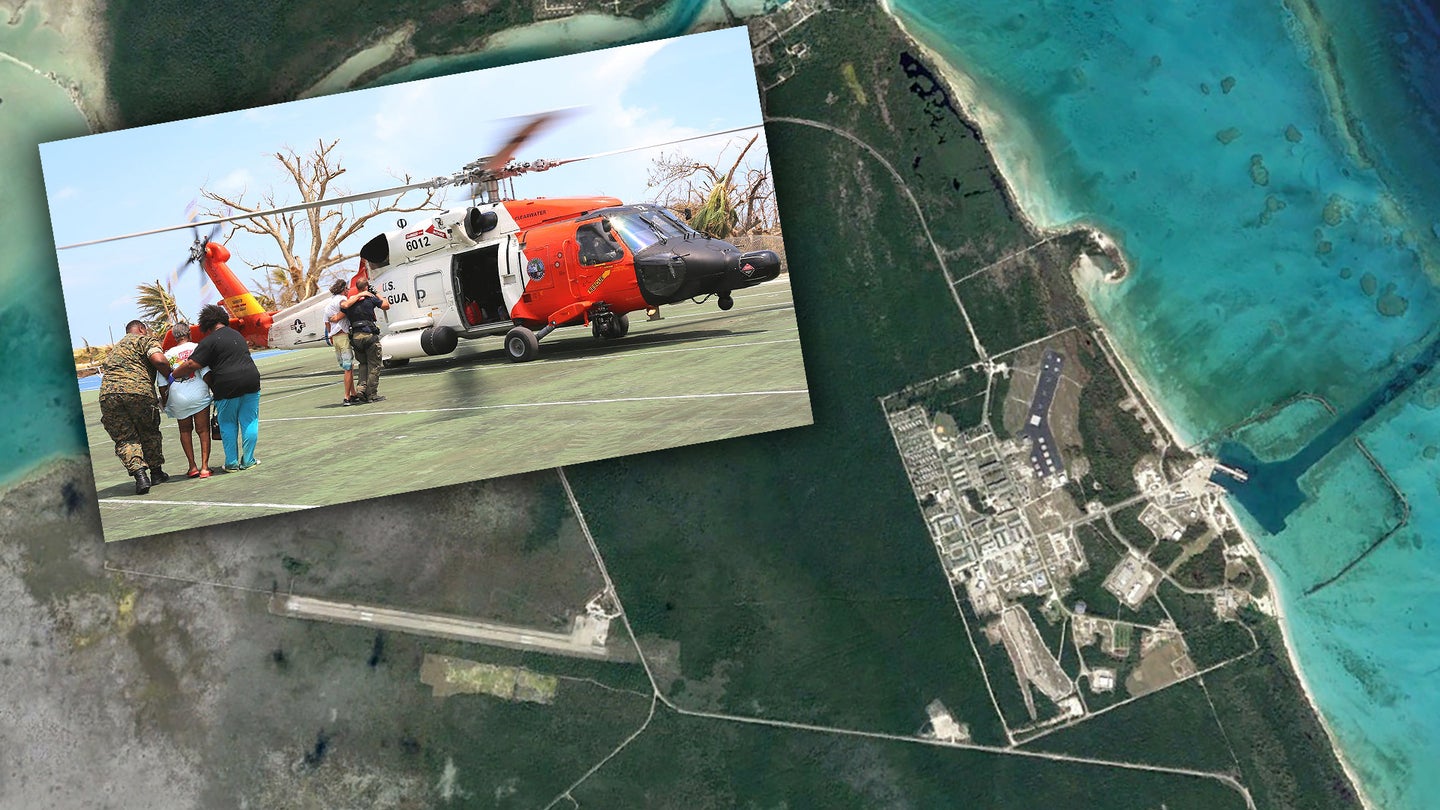 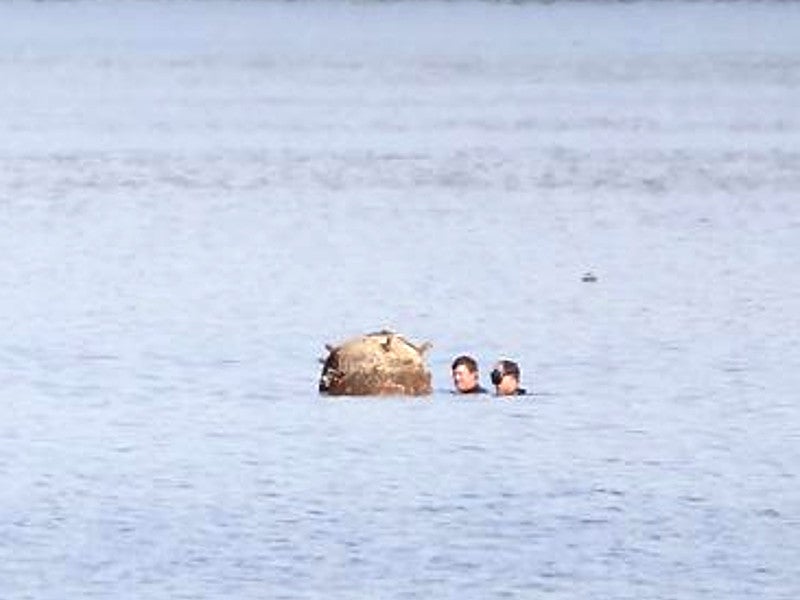 There are more of these thankfully inert objects in the area and the Navy will now survey the waterway and remove any others it finds. 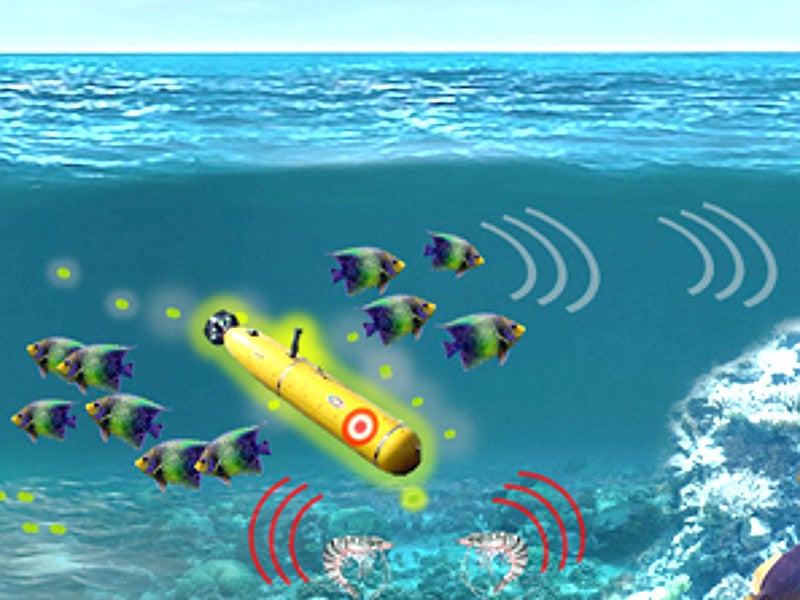 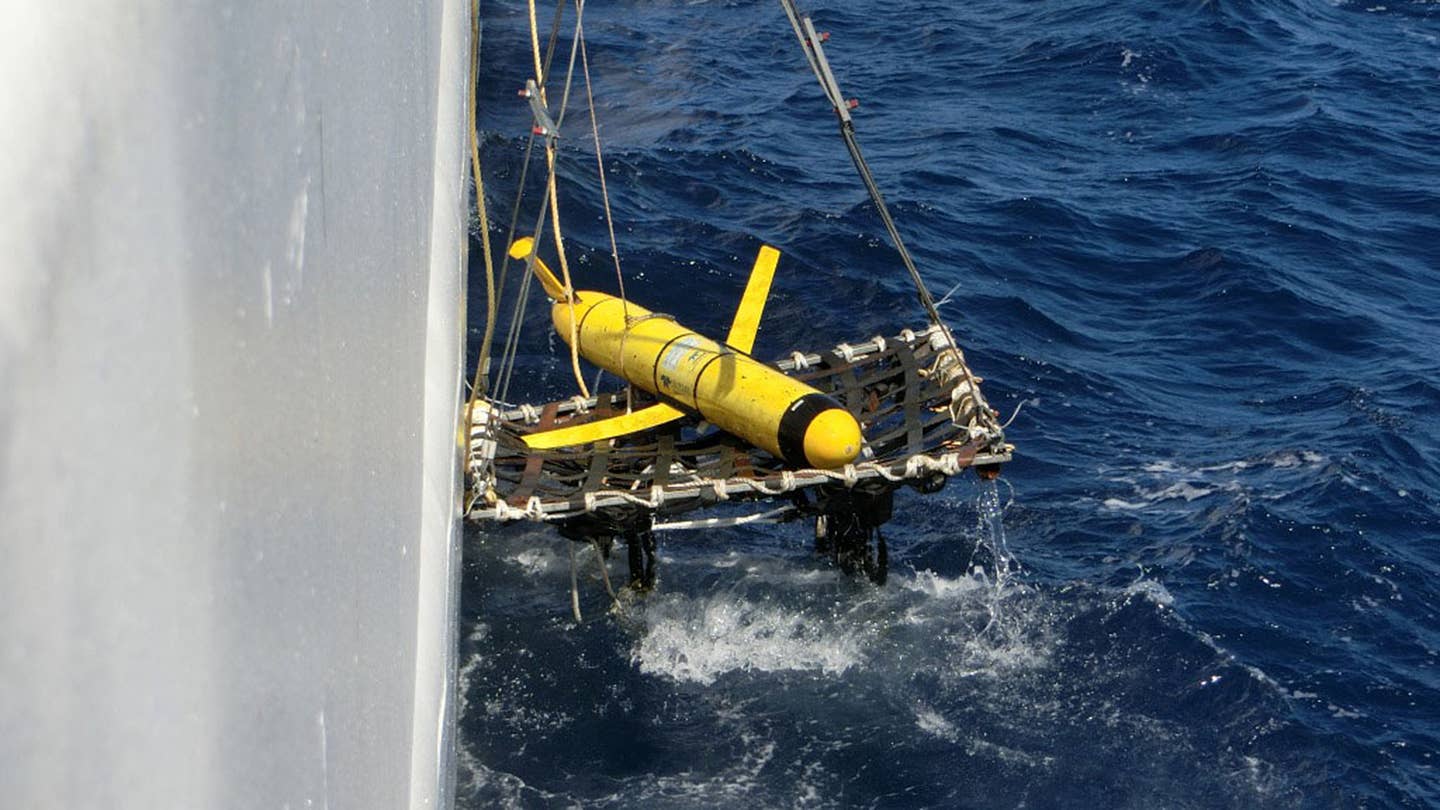