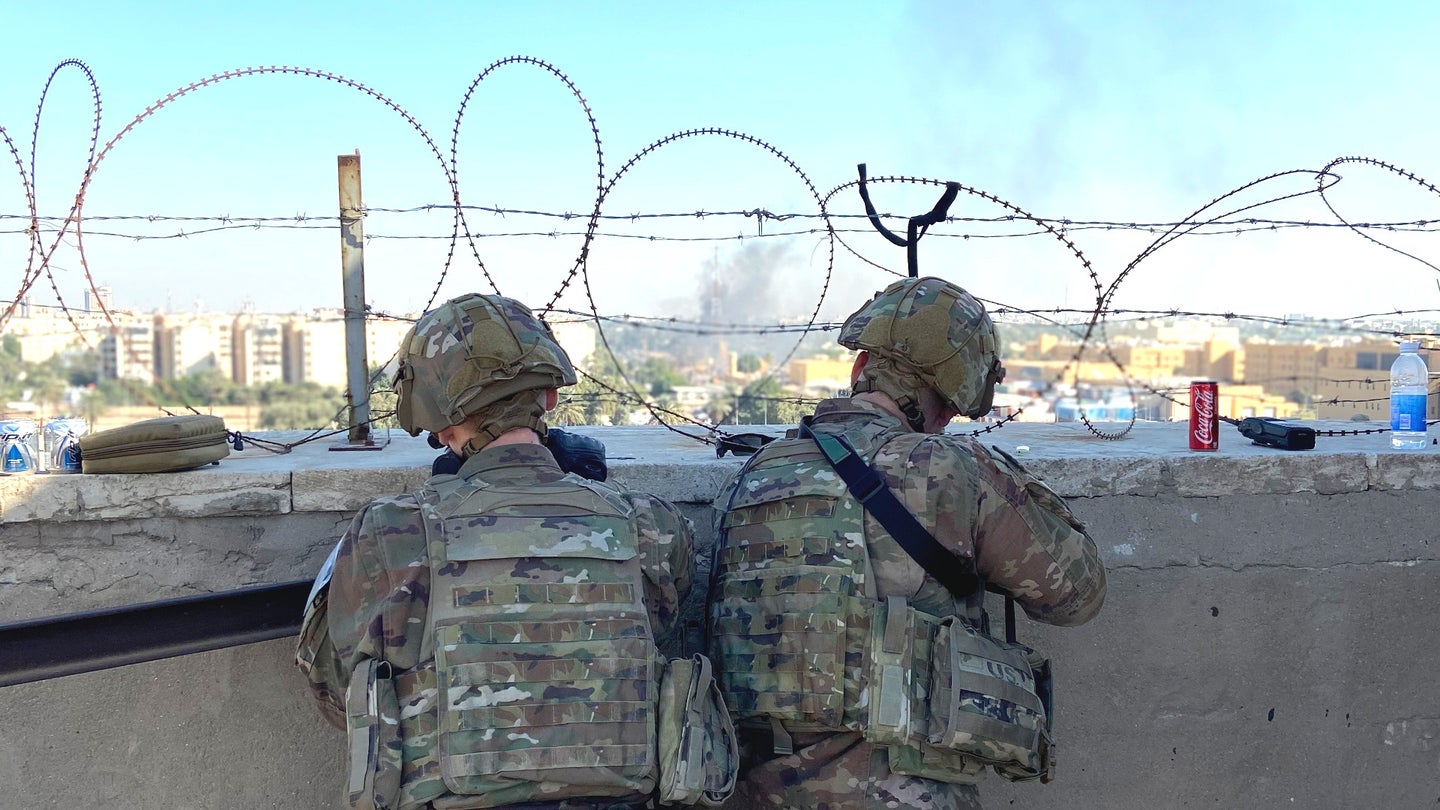 Reports are emerging that the U.S.-led coalition ostensibly fighting ISIS has begun preparing to withdraw at least forces from Iraq, but U.S. Secretary of Defense Mark Esper has insisted that the United States has not decided to pull out troops from the country, yet. This all follows a meeting between Prime Minister Adil Abdul-Mahdi and U.S. Ambassador to Iraq Matthew Tueller earlier today in which the Prime Minister reportedly asked the United States to start these preparations following a vote the day before in Iraq's parliament ordering the expulsion of American forces from the country. Iraqi lawmakers took that action in response to the U.S. government's decision to kill a top Iranian commander near Baghdad International Airport last week.

The Washington Post's Mustafa Salim was among the first to obtain the memo, which says it comes from U.S. Marine Corps Brigadier General William H. Seely III, the commander Task Force-Iraq. This is the U.S. component of Combined Joint Task Force-Operation Inherent Resolve (CJTF-OIR), the official name of the American-led coalition fighting ISIS in both Iraq and Syria. The Washington Post and other outlets are reporting that the letter is authentic and has been sent to Iraqi authorities.

The full text reads as follows:

Sir, in due deference to the sovereignty of the Republic of lraq, and as requested by the lraqi Parliament and the Prime Minister, CJTF-OIR will be repositioning forces over the course of the coming days and weeks to prepare for onward movement.

ln order to conduct this task, Coalition Forces are required to take certain measures to ensure that the movement out of lraq is conducted in a safe and efficient manner.

During this time, there will be an increase in helicopter travel in and around the International Zone (IZ) of Baghdad [the Green Zone]. This increased traffic will include CH-47, UH-60, and AH-64 security escort helicopters.

Coalition Forces will take appropriate measures to minimize and mitigate the disturbance to the public. ln addition, we will conduct these operations during hours of darkness to help alleviate any perception that we may be bringing more Coalition Forces into the IZ.

As we begin implementing this next phase of operations, I want to reiterate the value of our friendship and partnership. We respect your sovereign decision to order our departure.

However, as noted, U.S. Secretary of Defense Mark Esper has said that the United States is not planning to withdraw all of its forces from Iraq. “There’s been no decision whatsoever to leave Iraq,” he told reporters at the Pentagon.

So, what this might actually mean for U.S. forces in Iraq, as well as diplomatic personnel at the U.S. Embassy in Baghdad and elsewhere in the country, in the near future is unclear, as is how it might impact the still steady flow of additional American forces into the Middle East as a whole. It's also not clear yet if this also applies to U.S. forces situated in areas under the control of the semi-autonomous Kurdish Regional Government in Northern Iraq,

On Jan. 5, 2020, U.S. President Donald Trump had threatened to hit Iraq with sanctions if it expelled American forces from the country. He also said he would demand Iraqi authorities "pay us back" for investments made to various military facilities. It is important to note that the United States does not technically own any of the bases where U.S. troops are stationed in Iraq.

U.S. Army General Mark Milley, the Commander of the Joint Chiefs of Staff, has now told reporters that the letter was a draft and that it should not have been released. However, there are also reports that versions were sent to Iraqi authorities. The Pentagon continues to insist that there are no plans, at least a present, to withdraw U.S. forces from Iraq.

There have also been reports that the draft letter only refers to the movement of a small number of troops out of the Green Zone to other locations within Iraq. However, this would seem to contradict the last sentence, which talks about "your sovereign decision to order our departure." The mention of "onward movement" in the first sentence also suggests that the immediate redeployments mentioned in the letter would not be the ultimate destination for the forces in question.

We will continue to update this story as new information becomes available.