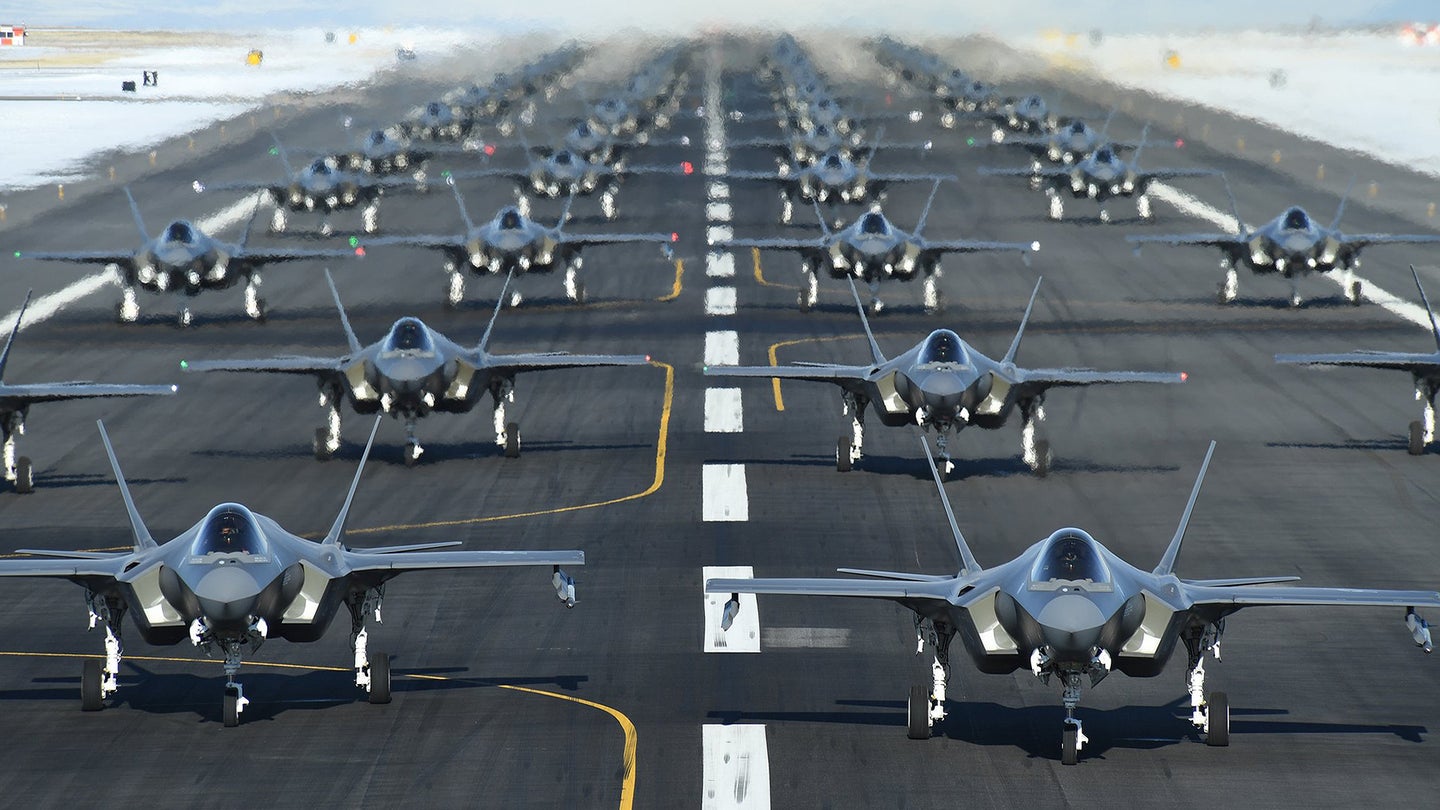 The 388th and 419th Fighter Wings that call Hill Air Force Base in Utah home have just executed a massive readiness drill that included an 'elephant walk' of a whopping 52 F-35As. The exercise coincides with the wings reaching full strength following the transition to the F-35A, a process that began years ago.

The elephant walk and the massive number of flights that usually go along with it are all about sortie generation and displaying a level of readiness that could be leveraged during a full-blown crisis. Both wings held a similar exercise in November of 2018 with 35 aircraft, which was highly impressive, but 52 is a whole other story. Just the amount of hardware on the runway in terms of billions of dollars is staggering.

That same runway in the image is also quite fresh as a major rehabilitation of it wrapped up this summer. This kept many of Hill's resident aircraft away, including being sent on combat deployments, as flying needed to continue during the construction period.

We know that large waves of launches and recoveries are also part of the drill as the base gave local residents a heads-up in advance of the increased level of activity in the hours to come.

This elephant walk of 5th generation fighters is also a reminder that Hill AFB is truly on the leading edge of combat aviation and considering the construction projects underway at the base alone, it will continue to be for the foreseeable future.

We will update this post when more images and information becomes available.