It seems clear now that the period of detente with the United States is at its end. 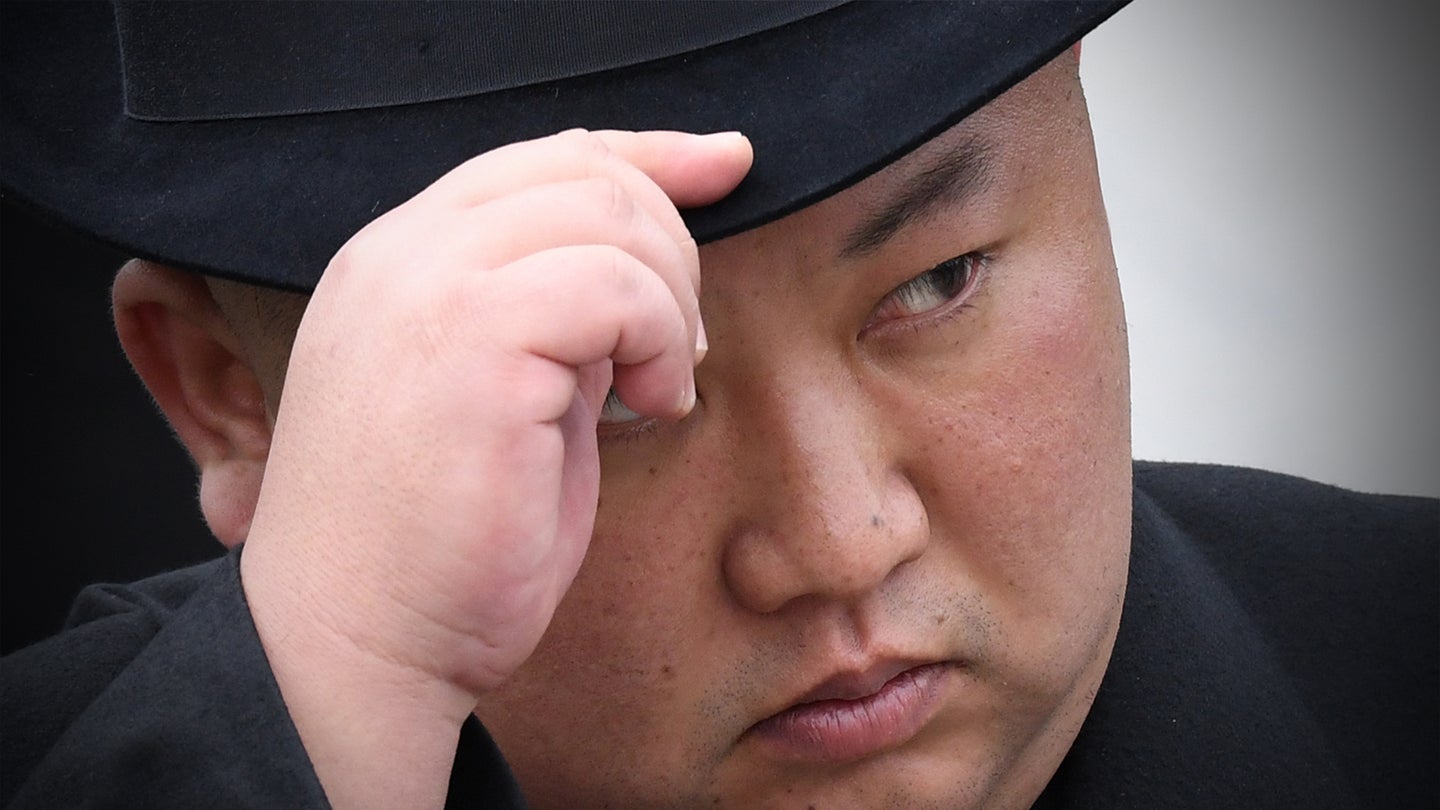 Kim Jong Un has decided to roll the clock back two years in his New Year's address that caps off the Central Committee's annual meeting. In it, he declared an end to the testing moratorium he placed on his nuclear and long-range ballistic missile programs during the period of detente with Washington D.C. and Seoul. He also warned that the world would see a new strategic weapon system from his country very soon. Whether this means within hours, days, weeks, or months remains unclear, but sooner is more likely than later if you take into account his regime's recent "Christmas gift" threat.

The reasoning behind these changes is too slow of progress with negotiations with the United States and in response to the same hardline sanctions that sit over his regime that were in place two years ago. In his address, Kim noted that the U.S. would "suffer helplessly" if the status quo doesn't change and accused the Trump Administration of "gangster-like demands." This is all well-traveled ground when it comes to North Korean rhetoric vis-a-vis the United States, but such a tone had taken a hiatus during the period of diplomacy. That period has clearly been marching toward an end over the last nine months or so as negotiations hit dead ends and no sanction relief materialized.

Of course, there are still no signs that North Korea has any intention of giving up its nuclear arsenal. Doing so, at least without unprecedented concessions and aid in exchange, is totally illogical, especially as it has been made clear that actually going to war over the standoff would be unthinkable due to its immense cost in life and treasure according to Trump himself.

We will have to see exactly what Kim's new weapon is, but most signs point to a new or updated intercontinental ballistic missile (ICBM) design, one that leverages solid fuel for at least one stage of its propulsion stack. A "strategic engine test" occurred earlier in December that was likely a precursor to an actual flight test of such a weapon. Putting his recycled make-shift ballistic missile submarine in the water is another, but less likely possibility, among others.

Even though the Kim regime is a master of deceit and double talk, Kim Jong Un has been remarkably clear about his testing intentions and goals, and his weapons capabilities since accelerating both his nuclear and ballistic missile program in early 2016. Since then, the country's technological know-how has evolved at an incredible rate. Over the last two years, although there haven't been tests of these weapons, the programs have continued at full steam. As such, 24 months in North Korean weapons development years is a long time. It would be foolish to underestimate just how impressive Kim's new strategic weapon may be.

Above all else, one thing is clear—North Korea's New Years' resolution is to end the standoff's current status quo, one way or another.

Here is part of the KCNA readout from the Central Committee's meeting that goes into Kim's statements on the sanctions and the need to develop new weapons and military capabilities:

He noted that the huge and complicated work of developing the ultra-modern weapon system possessed only by the countries with advanced defence science and technology presupposed our own innovative solution in terms of the scientific and technical aspect without anyone's help, and all the research tasks were perfectly carried out by the driving force, i.e. our reliable scientists, designers and workers in the field of the munitions industry.

This means a great victory, and our possession of promising strategic weapon system planned by the Party one by one serves as a great event in developing the armed forces of the Republic and defending and guaranteeing our sovereignty and right to existence, he noted.

He stressed that such a leap in developing the ultra-modern national defence science would make our great military and technical power irreversible, greatly promote the increase of our great national power, raise the power of putting the political situation around us under control and give the enemies the blow of big uneasiness and horror.

In the future, the more the U.S. stalls for time and hesitates in the settlement of the DPRK-U.S. relations, the more helpless it will find itself before the might of the Democratic People's Republic of Korea getting stronger beyond prediction and the deeper it will fall into an impasse, he noted.

He referred to a series of successes achieved in the economic construction.

Analyzing the trend of the prevailing present situation, he said the U.S. real intention is to seek its own political and diplomatic interests while wasting time away under the signboard of dialogue and negotiations and at the same time keep sanctions upon the latter so as to weaken the latter. He stressed that we further hardened our resolution never to barter the security and dignity of the state and the safety of its future for anything else.

He said that the stalemate between the DPRK and the U.S. can not but assume protracted nature as the U.S. is raising demands contrary to the fundamental interests of our state and is adopting brigandish attitude. He added that recently the U.S. is talking about continued dialogue while peddling the issue of the resumption of the dialogue here and there but this is just aimed to pass without trouble the year-end time-limit set by us and stall for the time for evading a lethal attack as it now finds itself in a tight corner, not out of the intention to withdraw the hostile policy toward the DPRK and solve issues through improved relations. On the other hand, the U.S. has openly revealed its provocative political, military and economic maneuvers to completely strangle and stifle the DPRK. This is the double-dealing behavior of the brigandish U.S., he added.

He said that we will never allow the impudent U.S. to abuse the DPRK-U.S. dialogue for meeting its sordid aim but will shift to a shocking actual action to make it pay for the pains sustained by our people so far and for the development so far restrained.

It is true that we urgently need external environment favorable for the economic construction but we can never sell our dignity which we have so far defended as valuable as our own life, in hope for brilliant transformation.

The DPRK-U.S. stand-off which has lasted century after century has now been compressed to clear stand-off between self-reliance and sanctions.

If there were not the nuclear issue, the U.S. would find fault with us under other issue, and the U.S. military and political threats would not end.

The present situation warning of long confrontation with the U.S. urgently requires us to make it a fait accompli that we have to live under the sanctions by the hostile forces in the future, too, and to strengthen the internal power from all aspects.

He said there are not a few problems that need to be set right in state management, economy and other fields from the viewpoint of strengthening our might.

He analyzed the present situation including state management and economic performance which are insufficient for pulling and spurring the great cause of self-reliance and self-development and which fail to bring about a bold renovation but stay stagnant.

The victory of the revolution is inevitable but it is not achieved without any difficulties and hardships, he said, and continues:

If we do not put spur to the struggle for bolstering the power for self-development while waiting for the lift of sanctions, the enemies' reactionary offensive will get fiercer to check our advance.

The more we bolster our own strength and create valuable wealth on the strength of self-reliance and self-sufficiency, the deeper the enemies will be driven into greater agony and the earlier the day of the victory of socialism will come.

All the Party organizations and officials have to shoulder upon themselves the important duties entrusted to them by the times and turn out in the offensive for frontal breakthrough to foil the enemies' sanctions and blockade by dint of self-reliance.

Saying that we should more actively push forward the project for developing strategic weapons, he confirmed that the world will witness a new strategic weapon to be possessed by the DPRK in the near future, declaring that we can not give up the security of our future just for the visible economic results and happiness and comfort in reality now that hostile acts and nuclear threat against us are increasing and nothing has changed between the days when we maintained the line of simultaneously pushing forward the economic construction and the building of nuclear force and now when we struggle to direct our efforts to the economic construction owing to the U.S. gangster-like acts.

He solemnly declared that there is no need to hesitate with any expectation of the U.S. lift of sanctions even now that we had close look into the real intention of the U.S., adding if the U.S. persists in its hostile policy towards the DPRK, there will never be the denuclearization on the Korean peninsula and the DPRK will steadily develop necessary and prerequisite strategic weapons for the security of the state until the U.S. rolls back its hostile policy towards the DPRK and lasting and durable peace-keeping mechanism is built.

He said that we will reliably put on constant alert the powerful nuclear deterrent capable of containing the nuclear threats from the U.S. and guaranteeing our long-term security, noting that the scope and depth of bolstering our deterrent will be properly coordinated depending on the U.S. future attitude to the DPRK.

He noted that our development of absolute weapons possessed by big powers is the great success but the big contingent of promising talents of science and technology in this course is more valuable result dear to the WPK.