It all looks so smooth and almost easy until you take a closer look at the pilot's control inputs and the boom's movement. 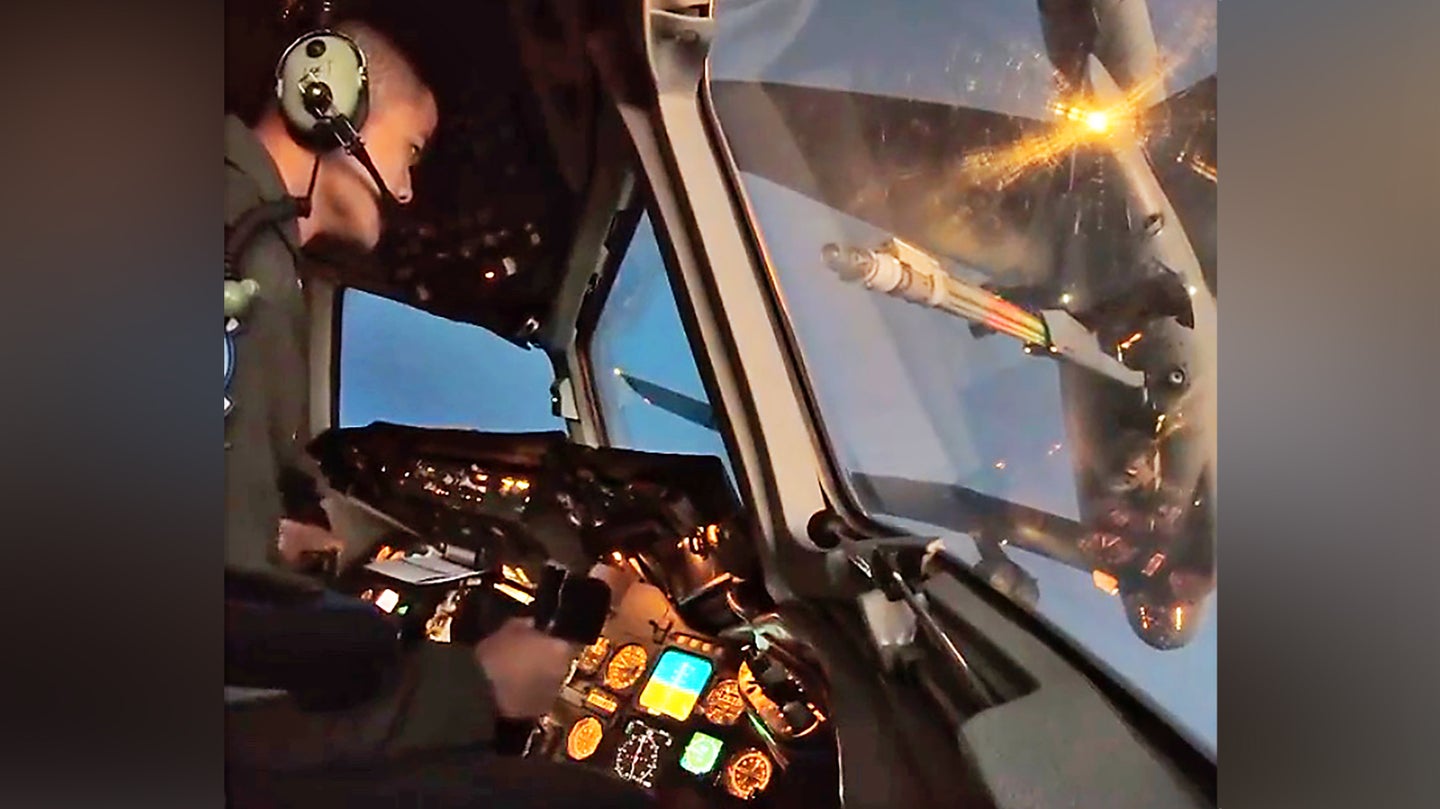 We see many awesome aerial refueling videos from the boom operator's point of view, but far fewer from the receiver's point of view, especially of one KC-10 Extender refueling another. That's why the video below, posted by KC-10 pilot Solongflyboyz on Instagram is so cool. Not only is the perspective really unique and fantastic, but you get to see the masters of aerial refueling practicing the art directly with one another.

If you watch the boom carefully along with the pilot's control inputs, you get an idea of just how talented these folks are. It all looks so smooth, but a lot of work and concentration goes into creating that illusion. This is a challenging skill to master, as many have found out the hard way.

While the force of 59 KC-10s can refuel in flight, nearly the entirety of the KC-135R force cannot, with just a handful of special operations-focused KC-135RTs equipped with their own refueling receptacles. You can read all about those aircraft and their shadowy mission here.

It's unclear just how long the KC-10 force will remain in the USAF's fleet. Major delays in the KC-46 program has extended its service, but even when they do eventually get retired, they are highly likely to fall directly into the hands of private aerial refueling contractors, which is a good thing.

In the meantime, Extender crews will keep fighter, bomber, surveillance, and transport aircraft's tanks full, as well as each other's.