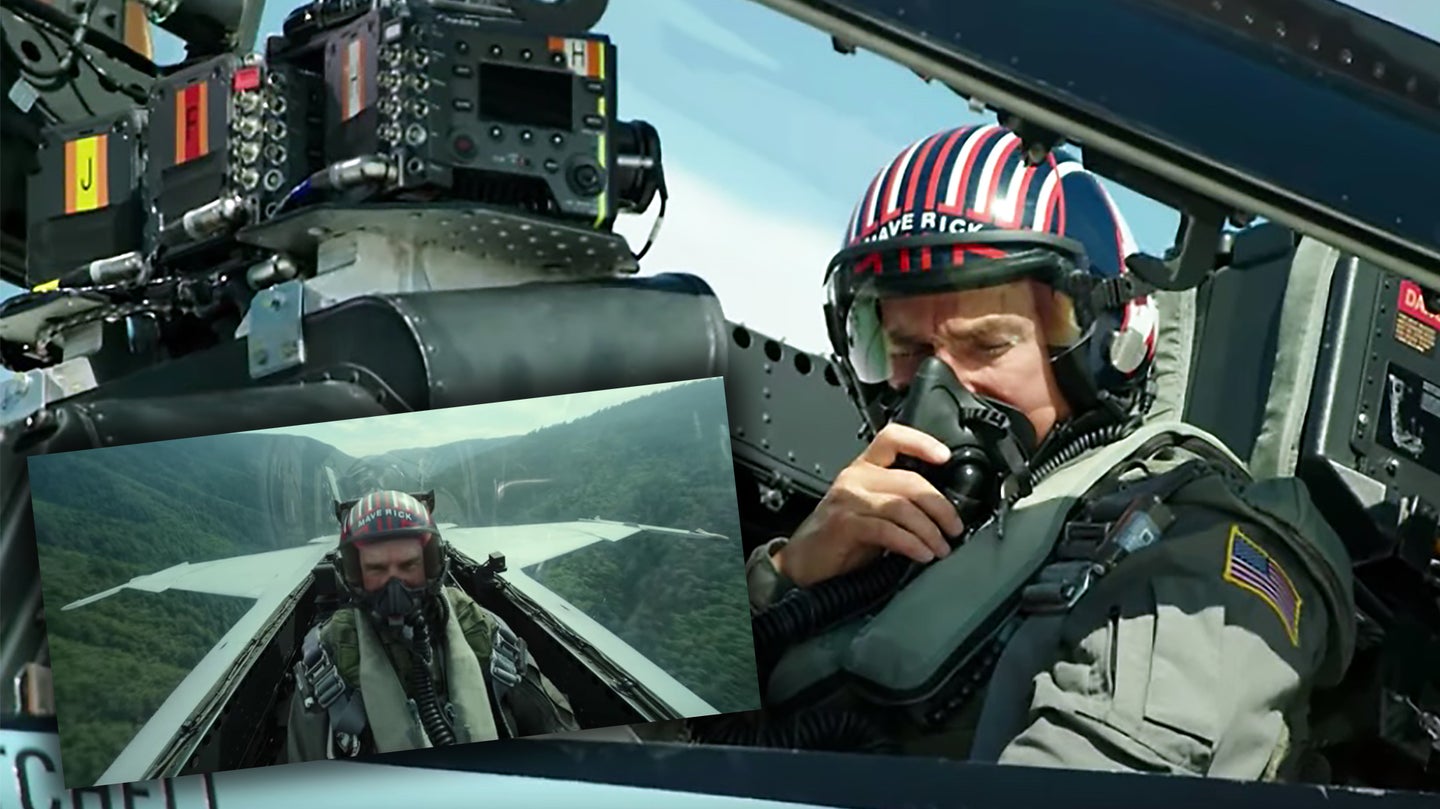 Just 48 hours after the second Top Gun: Maverick trailer was released, the film's production team has posted a behind the scenes look at how they captured the footage that really matters to us aviation lovers—the live-action flight sequences.

This was really smart to do because the trailers have left us a little concerned that this is going to be a computer-generated imagery fest sprinkled with some cockpit and external shots. Now the producers are selling us hard that this will be unlike anything we have seen before in terms of real footage shot inside and outside the actual jets.

Let's hope they are right. Getting the Pentagon to buy in full-tilt in producing such a film at an absurdly high-access level couldn't have been an easy sell. Tom Cruise and the sequel to the movie that changed it all for the Navy, and military aviation as a whole, clearly helped sealed the deal. Those circumstances simply are not replicable. Producer Jerry Bruckheimer notes this by stating that the chances are we will never see something like this again.

The fact that the Super Hornet was available and in the fleet was also a big deal, too. It provided the two-seat cockpit needed to pull this off. The F-35 simply could not offer that accommodation nor will the unmanned aircraft of the future. Digital filming technology has also matured to the point that the timing was right as well. The texture of the movie will be different than its predecessor because of it—those cockpit shots in the original were mainly done in a fake cockpit in front of a projection screen in a studio—but considering how unprecedented the footage will be, that's not a bad thing.

The wildcard remains the external air combat sequences. Incredible amounts of coordination had to occur to capture them in-camera when Top Gun was shot nearly 35 years ago—read all about how this was done in this past feature of ours. Now there are highly specialized aerial video services with modified aircraft that bring the latest digital camera tech to the fight. But you still need real fighter jets burning real gas and doing repeated setups to grab such imagery. This is an expensive and high-risk proposition.

We see a glimpse of a Cinejet L39 filming a Super Hornet going into burner in the behind the scenes video, but it's unclear if the actual air-to-air engagements will be rendered in CGI or if we will get the real deal. Let's hope for more of the latter than the former.

Anyway, strap in and check it out for yourself: