The display of China's most prominent operational and developmental unmanned military aircraft is another sign that Beijing is betting big on drones. 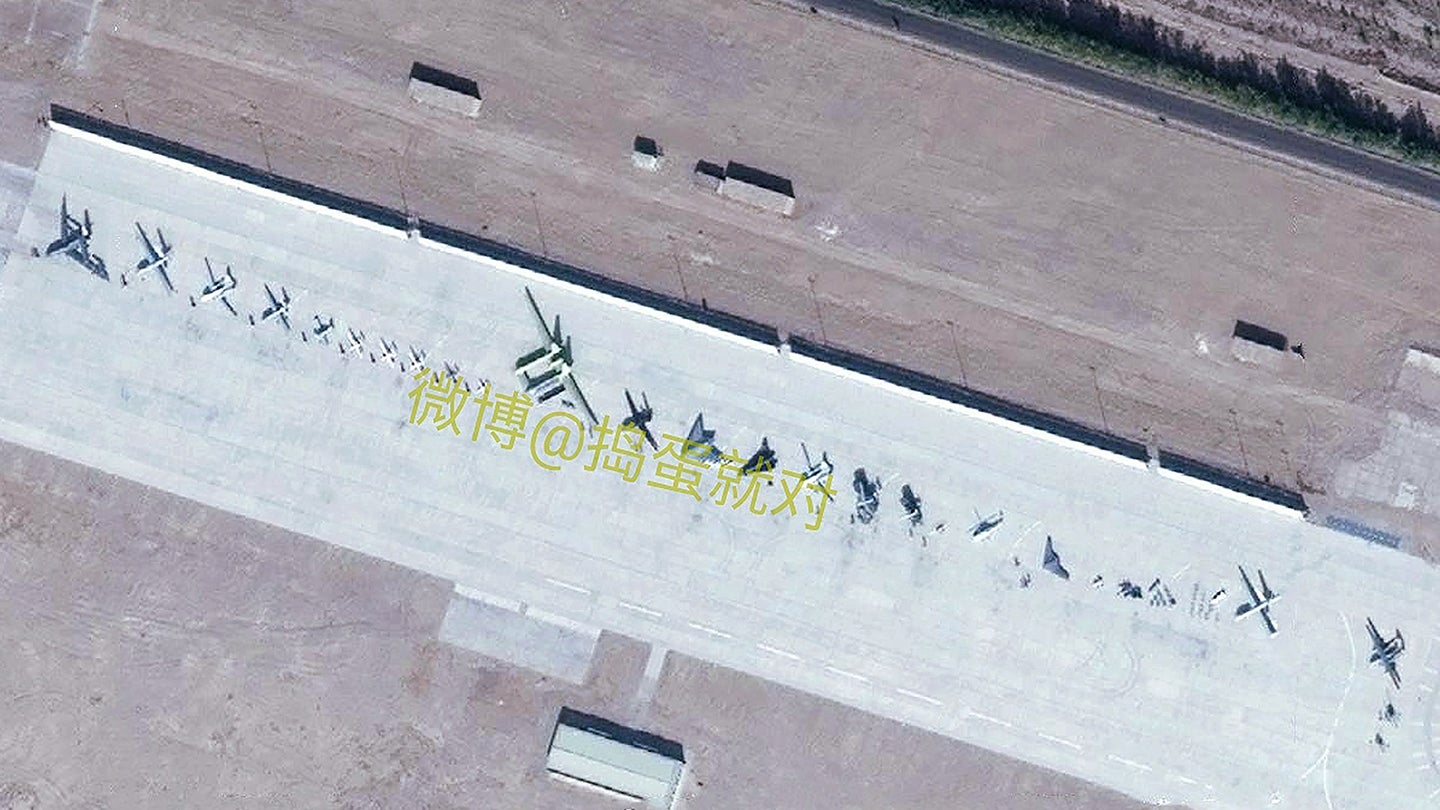 A satellite image that was posted on Chinese internet shows an impressive lineup of the Chinese military aerial drones, some of which are in development while others are operational. The lineup occurred at Malan Air Base, a known hub of testing for these types of systems. The image is yet another stark reminder of how China is betting big on unmanned aerial military capabilities, from high-end unmanned combat air vehicles (UCAVs) to swarms of small expendable drones.

A pair of Insitu-like catapult or rocket-assisted launch drones also appear to be in the lineup (pink arrows), along with two groups of small mass swarming drones (brown arrows), and a couple of assorted individual smaller types that are unidentifiable. A drone helicopter is in the lineup, too (gray arrow). China has a wide variety of these in development, such as the SVU-200. Finally, the arrowhead-shaped, rocket-powered, very-high-speed WZ-08 is also present in the impressive display (orange arrow).

Remember these are just some of the unmanned systems China has chosen to show the world in the past. There are many more Chinese unmanned aircraft projects, some of which remain semi-out of sight or entirely undisclosed.