Russia says that a U.S. team has had a chance to inspect one of its new silo-launched Avangard hypersonic missiles under the terms of the New Strategic Arms Reduction Treaty, or New START. This comes as there are mounting questions about the future of that bilateral agreement, which could sunset in 2021 unless American and Russian officials agree to an extension.

The Russian Ministry of Defense announced that the inspection had occurred in a statement on Nov. 26, 2019. American personnel had first arrived for the visit two days earlier. Previous reports said that Russia had placed the first two operational examples of Avangard in silos sometime earlier in the month and that the weapon system would reach its initial operational capability in December.

"Under the Treaty on Measures for the Further Reduction and Limitation of Strategic Offensive Arms [New START], a U.S. inspection group was shown the Avangard missile system with the hypersonic boost-glide vehicle on the territory of Russia on November 24-26, 2019," the Russian Defense Ministry statement said. Though many reports describe the event as a "demonstration" of Avangard, it is unclear if the American team observed an actual flight test of any kind. This seems unlikely given that typically tests of large, long-range missiles require notices to airmen (NOTAM) or other similar alerts to warn civilian and commercial pilots, as well as mariners depending on where the flight is taking place, to stay clear of the path of the missile.

The U.S. party may simply have visited Russia to see an example of Avangard, or even just its warhead, which is an unpowered hypersonic boost-glide vehicle, and get briefed on how the Kremlin sees the weapon as fitting into the terms of New START. The treaty, which the two countries signed in 2009, puts hard limits on total numbers of how many intercontinental ballistic missiles (IBCM), submarine-launched ballistic missiles (SLBM), and heavy bombers each country can have deployed at any one time.

There are also limitations on how many "warheads" and deployed and non-deployed "launchers" the two countries can possess. These terms are defined somewhat confusing, with each individual reentry vehicle inside an ICBM or SLBM and every nuclear-capable heavy bombers counting as "warheads." Bombers, along with missile silos and individual launch tubes on ballistic missile submarines, qualify as "launchers" under the agreement.

There had been some question in the past about whether Russia would even agree that Avangard was covered under New START. In January 2019, the Russian government had sent a letter to members of Congress, which subsequently leaked out into the open press, that specifically stated that "weapons being developed by Russia that do not use ballistic trajectories of flight moving to a target ... have nothing to do with the strategic offensive arms categories covered by the Treaty."

Avangard uses a UR-100N UTTKh ICBM as the rocket booster to loft the hypersonic boost-glide vehicle to the appropriate altitude and boost it to the required speed. Afterward, the independently maneuverable weapon then travels along a flatter, distinctly non-ballistic trajectory toward its target. This is one of the core benefits that hypersonic weapons offer over traditional ICBMs, which have more predictable flight paths and signatures after launch. This makes them harder to spot, track, and potentially engage with missile defense systems. This also gives an opponent less advance warning and, as a result, fewer opportunities to relocate critical assets or otherwise respond to an incoming strike.

However, Russia has since clarified that they feel that Avangard, by virtue of its ICBM booster, falls firmly within the terms of New START. It is possible that the translation of the January letter was not entirely accurate, to begin with.

"Considering that the Avangard system is equipped with an intercontinental ballistic missile, it will be subject to all the procedures stipulated by the strategic offensive arms reduction treaty," Russian Lieutenant-General Viktor Poznikhir, First Deputy Head of the Russian General Staff’s Main Operational Department, told the International Affairs Committee of Russia's Duma, or parliament, on July 24, 2019.

"There are no big problems with Avangard [being subject to the treaty], either, because it is an optional warhead for an ICBM of the corresponding type, to which the treaty applies, too," Vladimir Leontiev, the deputy director of the Russian Foreign Ministry’s non-proliferation and arms control department, reaffirmed during a public talk on Nov. 1, 2019. "The Avangard will enter the Treaty very smoothly."

The inspection would seem to suggest that Russia remains on schedule to declare Avangard operational next month. When this happens, the Russians will need to count deployed and non-deployed Avangards, their warheads, and the silos they occupy against the limits imposed under New START.

As of September 2019, Russia had 513 deployed ICBMs, SLBMs, and heavy bombers, in total, as well as 1426 deployed warheads and 757 deployed and non-deployed launchers, according to the U.S. State Department. These totals are all under the maximum allowed amounts under the treaty, meaning that Russia can put a certain number of Avangards into service without automatically having to withdraw any other systems from use.

Beyond New START, Avangard becoming operational is likely to change the security calculus for various countries, including the United States and its NATO allies. The U.S. military has been warning for years about the need to develop new early warning capabilities to better spot hypersonic weapon launches and track them in flight, as well as potential countermeasures, including counter-hypersonic missile interceptors. Just this month, the European Union also initiated its own multi-national missile defense program, called Timely Warning and Interception with Space-based Theater surveillance, or TWISTER, which is focused heavily on countering hypersonic threats.

It is worth noting that Russia has not laid out a detailed schedule for how many Avangards it expects to deploy on UR-100N UTTKh ICBMs in the coming years. Simply based on the relatively small number of these missiles that are available, to begin with, it is very possible that the system will provide a more limited capability in the near term, even if the Kremlin does declare it has officially entered service in December.

For Russia, announcing the inspection is also an opportunity to make a public show of meeting its commitments to international arms control agreements. The U.S. government pulled out of the separate Intermediate-Range Nuclear Forces Treaty (INF) with Russia earlier this year, a saga that you can read about more in these past War Zone pieces, citing Russian violations, which the Kremlin continues to deny. Other arms control agreements and international deals aimed at promoting transparency in military affairs to try to avert potential conflicts, such as the Open Skies Treaty, also appear to be on shaky ground.

When it comes to New START, both the U.S. and Russian governments accuse each other various violations and there has been renewed criticism of the deal recently within the United States. Russia's January letter to Congress was primarily focused on addressing those concerns and highlighting the Kremlin's own objections to certain American activities. You can read more about these issues in detail in this past War Zone story.

American and Russian officials are negotiating whether or not to renew New START, which will otherwise expire in February 2021. The agreement includes a provision for a five-year extension if both parties agree. Beyond that, they would have to craft an entirely new deal.

Criticism of the deal from the U.S. government has focused, in no small part, on whether it would cover various new Russian strategic weapons, including Avangard. Though Russia has clearly decided that this weapon system does fall under the treaty, it still sees its controversial Burevestnik nuclear-powered and nuclear-armed cruise missile, a prototype of which was at the center of a major accident earlier this year, and the Poseidon nuclear-powered and nuclear-armed long-range torpedo as exempt.

In addition, U.S. critics of the agreement have pointed out that, as a bilateral deal, it only imposes limits on the United States and Russia, leaving other countries, particularly China, free to expand their nuclear and missile arsenals. There have been calls to move beyond New START and negotiate a new tripartite deal. Proponents of the existing treaty have questioned the wisdom of scrapping it before any such future deal comes into force, especially with it being uncertain, at best, if Beijing would ever agree to such restrictions.

It remains to be seen how exactly Avangard's official entry into service, which is likely to remain relatively limited in scope the near term, impacts the New START negotiations and the general security environment for Russia's potential opponents, including the United States. Whatever the case, the Kremlin does appear to be getting very close to putting the first examples of this potentially game-changing system into service. 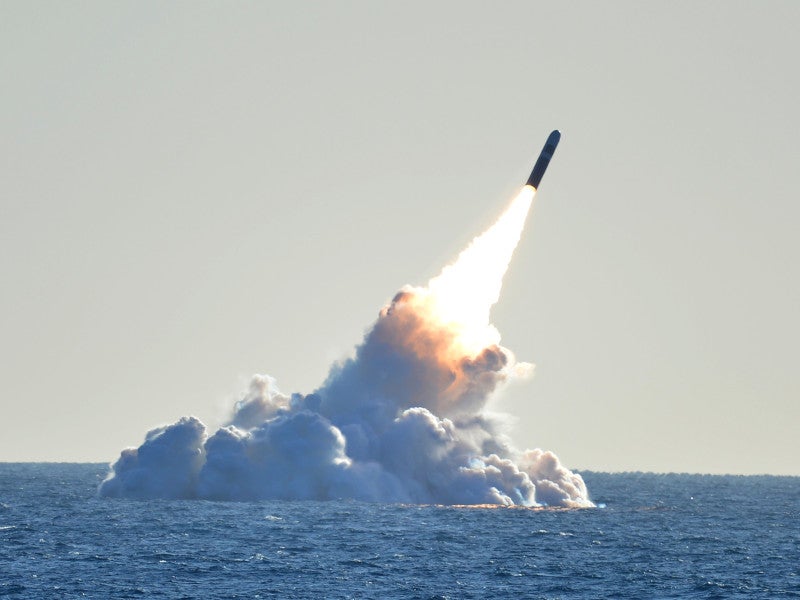 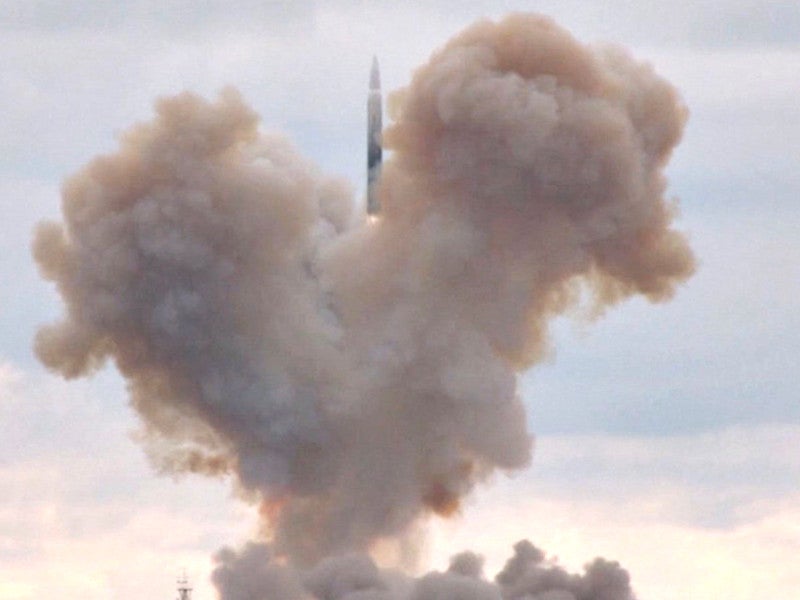 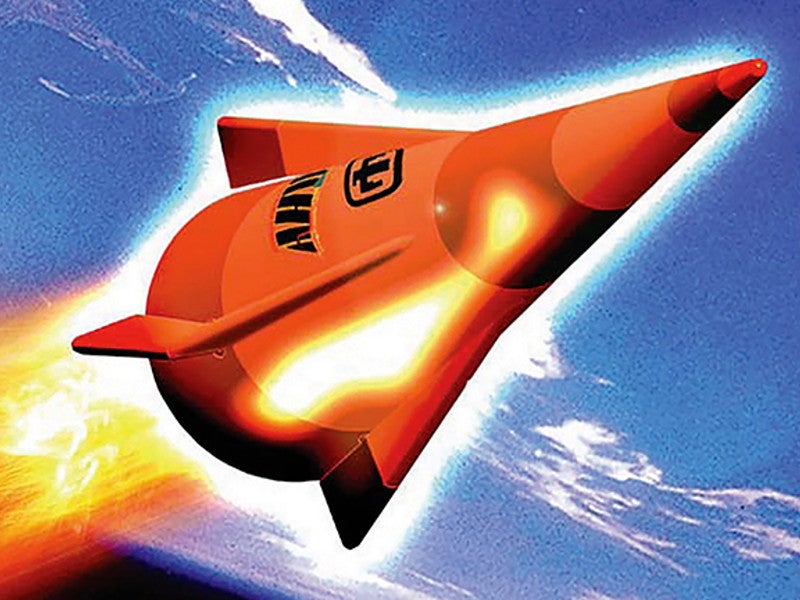