The chances of Australia being allowed or actually wanting to buy B-21s is next to none, but it doesn’t need them to chuck missiles far from home. 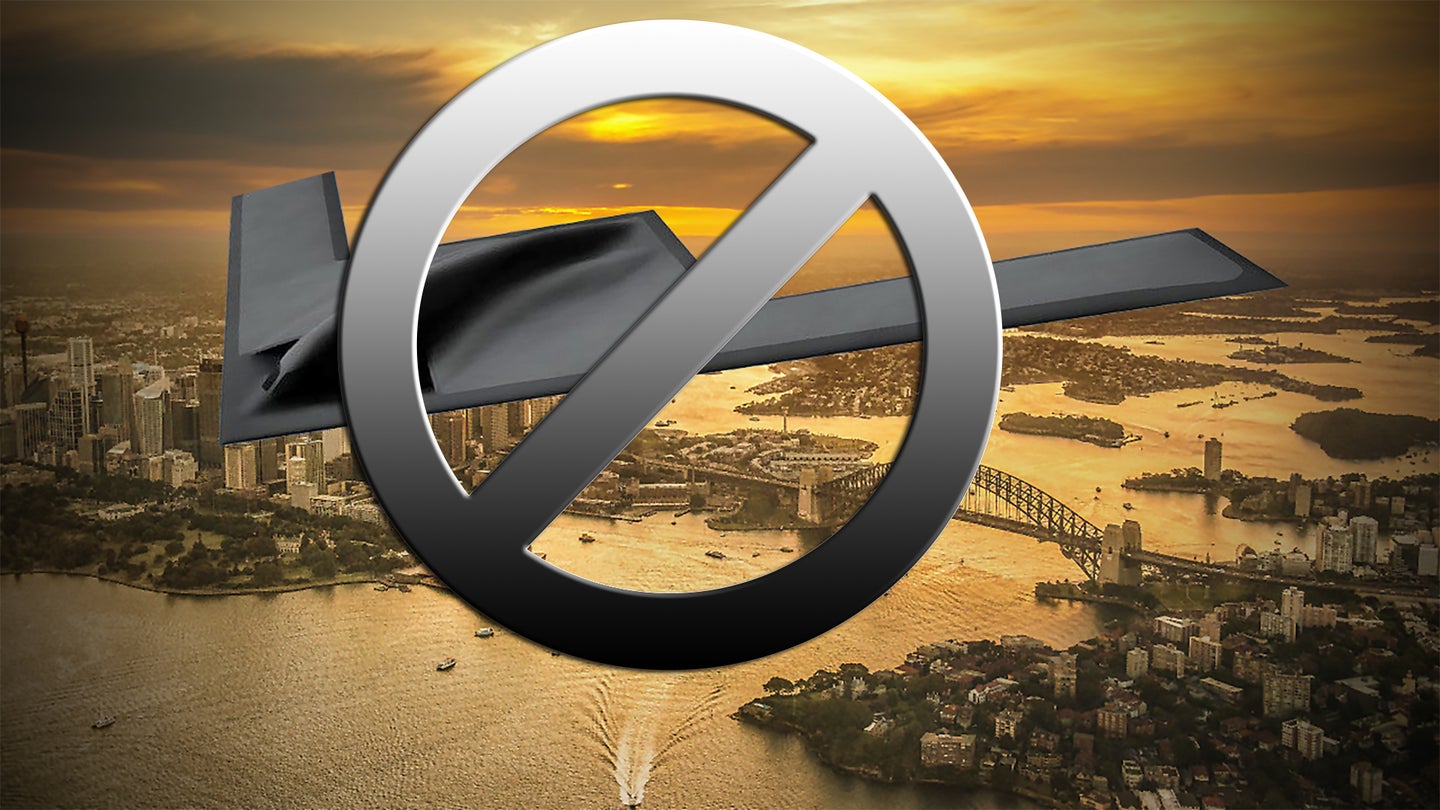 There has been some buzz about an Australian think tank's idea of having the Royal Australian Air Force purchase B-21 Raider stealth bombers to provide a longer, heavier, and more survivable air combat punch. The idea is that B-21s could help check Chinese military expansion, provide deterrence, and be used to project considerable firepower far from Australian territory during a time of war. Sounds great, aside from it being highly unrealistic.

There's a report that has helped perpetuate this fantasy by drastically overselling what amounts to a non-confirmation at best from someone with no defense background. I am all into exploring hypotheticals and thinking creatively about defense challenges and procurement mixes, but at a certain point, it gets almost comical. I really don't think I have to go into extreme detail as to why such a notion isn't going to become a reality, but here are the highlights:

So no, Australia isn't going to end up flying a squadron or two of B-21s, but that doesn't mean there aren't other solutions that would be more attainable and logical:

So, there you have it. If the RAAF wants to extend its reach, there are far more realistic options than the purchase of the most expensive aircraft on the planet, one that isn't even available for buying and probably won't ever be. But B-1Bs with Kangaroo roundels, that is something I can get behind.

What do you think is the best option, let us know in the comments below!