The Air Force says that its dramatically curtailed light attack aircraft program may now evolve to include a series of experiments to explore the possibility of using those same planes to perform armed overwatch missions. The issue here is that the service said that its last round of light attack-related testing included evaluating the use of these planes in this exact same role, something that has otherwise been a well-established requirement for this type of platform. This is the latest example of the service insisting on conducting yet more light attack-related studies and tests despite having at least a decade of hard data and in the face of the glaringly obvious demand for this capability, especially from U.S. special operations forces.

Will Roper, the Assistant Secretary of the Air Force for Acquisition, Technology, and Logistics, said that American special operators had been particularly vocal about their interest in a light attack aircraft that could also work in the armed overwatch role, which the Air Force also refers to as armed reconnaissance, during a discussion at a Defense Writers Group breakfast in Washington, D.C., on Nov. 12, 2019. U.S. Army General Richard Clarke, presently head of U.S. Special Operations Command (SOCOM), had publicly expressed his support for buying and fielding light attack aircraft while testifying before members of Congress in May. The Air Force's latest foray in acquiring this kind of capability, most recently referred to as the Light Attack Aircraft (LAA) program, began in 2017, but, traces its roots back to at least 2008, as you can learn about in greater detail in this past War Zone piece.

"My caution in the future would be to take a scientist’s view, which is, discovery tends to lead to better questions," Roper said on Nov. 12. "I think that’s likely what you’ll see from light attack, are kind of two prongs. Whether we call the armed overwatch 'light attack' – probably not, because it’s not light attack – but we’ve learned the operators' need for it, based on this experimentation."

The other prong that Roper was referring to is the Air Force's existing plan to purchase up to three of both the A-29 Super Tucano from Embraer and the Sierra Nevada Corporation and the AT-6C Wolverine from Textron. The service originally announced it would buy between two and three of each aircraft in March. Since then, it has quietly changed the wording its contracting notices to say that it might actually only purchase one of each type in the end.

As it stands now, Air Combat Command (ACC) will take delivery of the AT-6Cs to support testing and development of low-cost, exportable data-sharing architecture, called AEROnet, which could help enable allies and partners to better communicate and exchange information during coalition operations. Air Force Special Operations Command (AFSOC) will receive the A-29s and use them to craft a curriculum for training Combat Aviation Advisors to be better able to help train and advise foreign partners flying these and other similar aircraft.

Neither plan shows a path to acquiring light attack aircraft for regular or special operations Air Force units to employ operationally themselves as General Clarke and others have called for. That would be galling enough without Roper now talking about the possibility of additional testing around the armed overwatch mission.

This role involves an aircraft orbiting over a portion of the battlefield monitoring for enemy movements and then being then on station to engage targets of opportunity that might threaten ongoing operations down below. Unmanned aircraft, such as the Air Force's MQ-9 Reaper and the Army's MQ-1C Gray Eagle often provide this type of coverage. Combat jets, such as F-16C/D Vipers and F-15E Strike Eagles, as well as B-1 and B-52 bombers and AC-130 gunships, among many others, have also been called upon to fly these missions for both regular and special operations forces.

Aircraft such as the A-29 and the AT-6C would certainly be well suited to this mission set. Being more flexible and having a smaller logistical footprint than combat jets or bombers, these planes could fly from more austere forward operating locations to provide a persistent presence and do so at low cost, something The War Zone

has highlighted repeatedly over the years.

If it seems like an obvious role for these planes to an outside observer, it certainly is to the Air Force itself. The OA-X Enabling Concept, which personnel at Air Combat Command drafted in 2008 and is treated as a foundational text for the service's more recent light attack programs, specifically mentions armed overwatch as a potential mission for this type of aircraft.

This directly informed the Air Force's abortive Light Attack/Armed Reconnaissance (LAAR) program – armed reconnaissance being right there in the name – which the service finally cancelled for good in 2012. A related effort, the Light Air Support (LAS) program, created a pipeline for acquiring A-29s for Afghanistan and established an Air Force unit, the 81st Fighter Squadron, to train that country's pilots to fly them, including on armed overwatch missions. LAS's objectives and the 81st's mission have since expanded to include similar A-29-related support to Lebanon and other countries.

It was also a component of SOCOM's subsequent Combat Dragon II light attack aircraft experiment, which you can read about in greater detail in this past War Zone piece. After various experiments and exercises, Combat Dragon II culminated with the deployment of a pair of modified OV-10G+ Broncos to Iraq to actually evaluate various concepts of operation in a real combat environment. The aircraft and their crews performed magnificently.

Beyond the fact that armed overwatch has been a core component of discussions surrounding the Air Force, as well as SOCOM itself, acquiring light attack aircraft for more than a decade now, this was also a stated focus of the latest round of experiments between 2017 and 2018. The second phase of this effort, which only involved tests of the A-29 and AT-6C, included "flight scenarios [that] will consist of both day and night missions in air interdiction, close air support, armed overwatch, and combat search and rescue," according to an official Air Force news item at the time.

Furthermore, the Air Force revived the LAAR moniker to describe broader possible future light-attack aircraft acquisition efforts in its own budget request for the 2020 Fiscal Year, which it released in February 2019. "LAA squadrons will provide a deployable and sustainable multirole attack capability, capable of performing a diverse array of attack missions, including but not limited to, Close Air Support (CAS), Armed Reconnaissance, Strike Coordination and Reconnaissance (SCAR), Airborne Forward Air Control (FAC-A), and Interdiction," one of the supporting documents says.

This was of course before the Air Force appeared to completely change course and focus more on the limited acquisition of A-29s and AT-6Cs for the aforementioned ACC and AFSOC efforts. The budget documents appeared to be based on a plan devised in 2018 to acquire up to 359 light attack aircraft, which now appears to have been shelved indefinitely.

Whatever the case, the idea that the Air Force has not been aware until relatively recently of the demand for light attack aircraft that can also serve in the armed overwatch role, as Roper seemed to imply had been the case, is dubious at best. It is also difficult to understand why the service now needs to begin an all-new set of experiments to focus on this particular mission set despite the information it and other services have gathered over the course of multiple light attack aircraft programs in the past 10 years.

"My frustration is almost palpable at why it is taking so long to get this platform out where the warfighters need it," Representative Mike Waltz, a Florida Republican, a Green Beret and member of the House Armed Services Committee, said at a briefing at the Air Force Association's Mitchell Institute  in September 2019. "In that vein, if the Air Force can’t or doesn’t want to or isn’t moving fast enough to get it out there, then we’ve introduced legislation to shift that authority over to Special Operations Command."

With the House and Senate still divided over the language in their respective versions of the annual defense policy bill, or National Defense Authorization Act, and the looming threat of more short-term defense spending packages and a potential government shutdown in the coming months, it's not clear when the Air Force may find itself compelled to act or give up what exists of its light attack program to SOCOM. A final defense budget for the 2020 Fiscal Year, which could provide more clues as to the real state of this program, seems equally unlikely to emerge any time soon.

"This is a capability and need that special operators serving in 60 or 70 countries around the world need, and have needed for many years," Representative Waltz added in September. The Air Force's latest "discovery" of the long-standing demand for a manned armed overwatch capability, which it itself has repeatedly identified as a core requirement for any future light attack aircraft, shows pretty clearly that these calls have fallen on deaf ears. 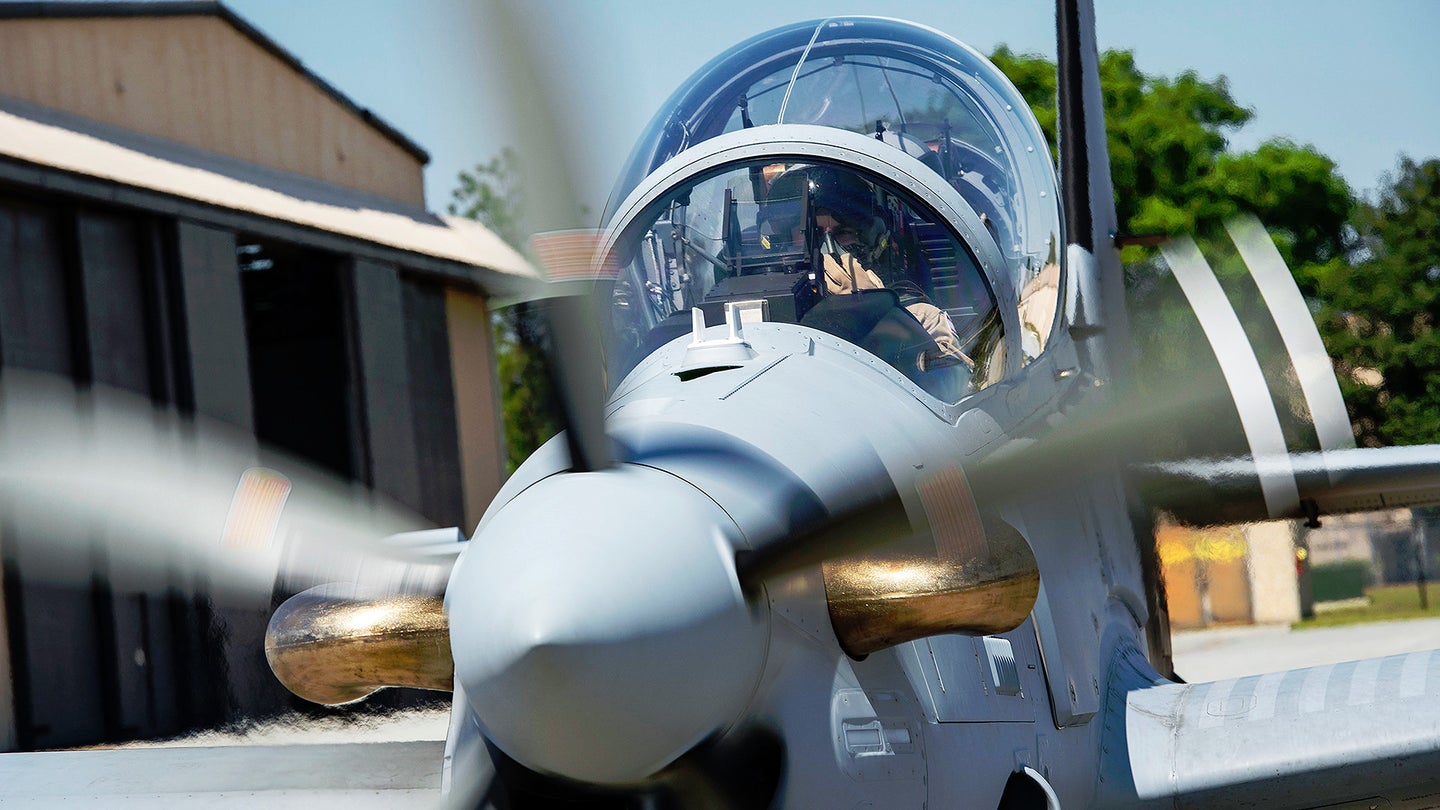 The service will now partner with the Marines, too, but has made it clear this is about helping foreign allies, not acquiring planes for its own use. 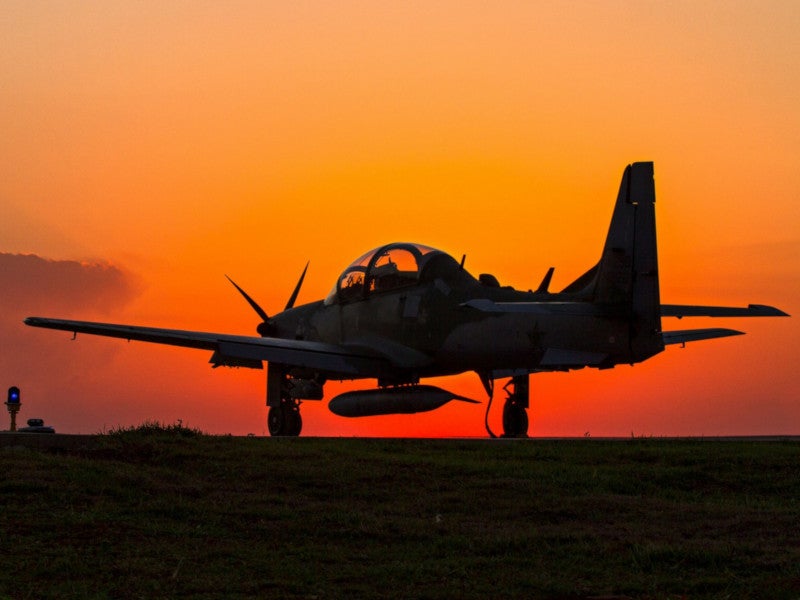 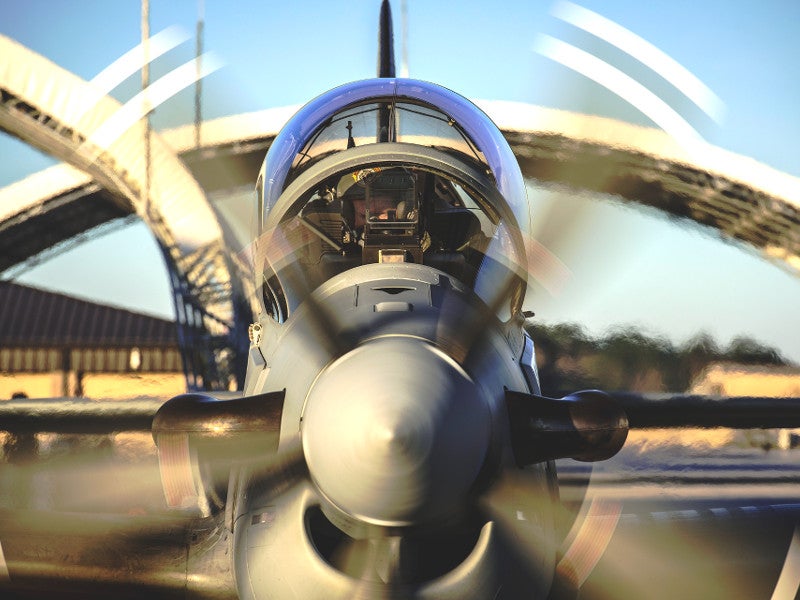