The mishap left the Norwegian Navy Helge Ingstad virtually sunk in a fjord outside the city of Bergen for months.

Norweigan authorities have released dramatic footage showing the exact moment of impact when the Royal Norwegian Navy's Fridtjof Nansen class frigate Helge Ingstad collided with the Malta-flagged oil tanker Sola in an accident that occurred exactly one year ago. The video clip comes along with the first part of a full report into the mishap, which totaled the Helge Ingstad, and that Norway says was the result of both immediate operational and technical factors and larger organizational and systemic issues among all the parties involved.

The video, shot from onboard the Sola, shows sparks flying on the tanker's deck as the two ships impact and scrape against each other. Seven of the Helge Ingstad's crew of 137 suffered minor injuries in the mishap. None of the 24 mariners on the tanker were hurt and that ship suffered only minor damage.

The Norwegian frigate, however, experienced substantial damage along its starboard side, which subsequently led to serious flooding and the ship effectively sinking. Norway subsequently launched a major salvage operation. Workers successfully refloated the ship in April 2019 and brought it to the Haakonsvern Naval Base for further inspection.

Two months later, the Norwegian government officially announced that it would not repair the ship due to time and cost reasons. Official estimates said that it could cost anywhere between $1.3 and $1.5 billion to repair the ship and that they could take up to five years, given the extent of the damage. By contrast, it would take about as long to buy a new-build ship with at least similar capabilities, but only cost $1.1 to $1.2 billion.

The Norweigan accident report also highlighted a number of significant factors that played a part in the accident and found fault among all parties involved, in addition to finally giving a firm timeline of the events.

"Organisation, leadership, and teamwork on the [Helge Ingstad's] bridge were not expedient during the period leading up to the collision," an executive summary explained. "In combination with the officer of the watch’s limited experience, the training being conducted for two watchstanding functions on the bridge reduced the bridge team’s capacity to address the overall traffic situation. Based on a firmly lodged situational awareness that the ‘object’ was stationary and that the passage was under control, little use was made of the radar and AIS to monitor the fairway."

It's interesting to note that Issues of experience and training, as well as confirmation bias and poor decision making, were also notably factors in a pair of deadly collisions between U.S. Navy Arleigh Burke class destroyers and commercial ships in the Pacific Region in 2017. You can read more about those mishaps in this past War Zone piece.

At the same time, "when Sola TS set out on its northbound passage with the forward-pointing deck lights turned on, it was difficult for the frigate’s bridge team to see the tanker’s navigation lights and the flashing of the Aldis lamp, and thereby identify the ‘object’ as a vessel," the report added. "Furthermore, radar plotting and communication on the bridge did not sufficiently ensure the effect of active teamwork to build a common situational awareness. This could have increased the time window for identification and warning of the frigate."

"Lack of monitoring meant that the VTS operator’s situational awareness and overview of the VTS [Maritime Traffic Center] area were inadequate," the summary of the review continued. "Hence, Fedje VTS did not provide the vessels involved with relevant and timely information and did not organize the traffic to ensure the tanker’s safe departure from the Sture Terminal."

Lastly, "Helge Ingstad sailed with AIS in passive mode," the report noted, referring to the ship's Automatic Identification System transponder. "This meant that the frigate could not be immediately identified on the screens at Fedje VTS or Sola TS. None of the parties involved made sufficient use of available technical aids."

The Accident Investigation Board Norway (AIBN) has issued 15 safety recommendations as a result of its investigation already, including calls for better training practices within the Norwegian Navy, that the service's ships should more regularly use their AIS transponders in the active mode while they are sailing in VTS-controlled areas, and that all of the Navy's vessels should get voyage data recorders to help with investigating future mishaps. You can find all of the recommendations, as well as the full report here.

The report does not elaborate on earlier comments from the Norwegian government that the design of the frigate itself may have contributed to the extent of the damage, something that the shipbuilder Navantia has publicly denied could have been the case. The report says that this and other additional investigations are ongoing, but that "this work presumes continued good collaboration with the responsible organizations, primarily the frigate manufacturer Navantia, the Navy and the Norwegian Defense Materiel Agency, and that the AIBN is being given unhampered access to relevant information."

The video of the collision itself gives added emphasis to how serious the mishap was and shows just how close the two ships came to potentially an even more serious accident. 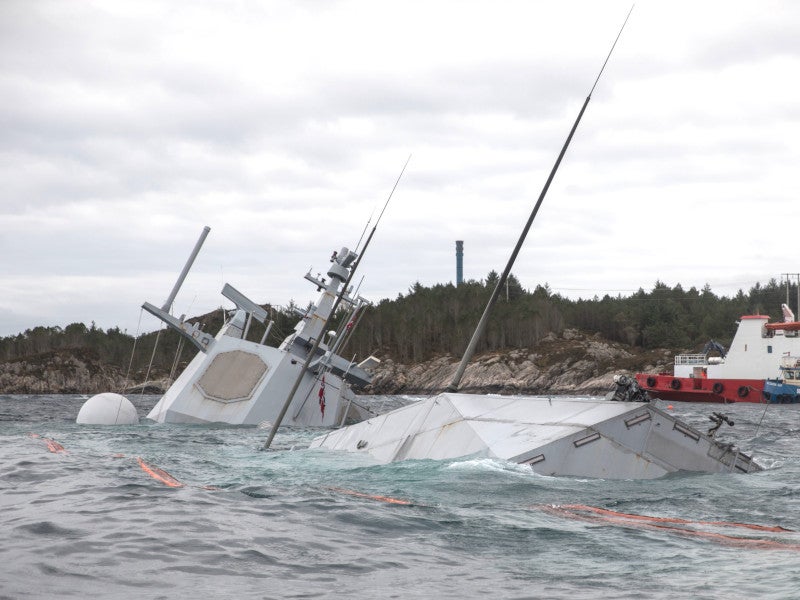 The investigation into the accident is still ongoing, but it has already uncovered confusion on the bridge and design flaws in the ship. 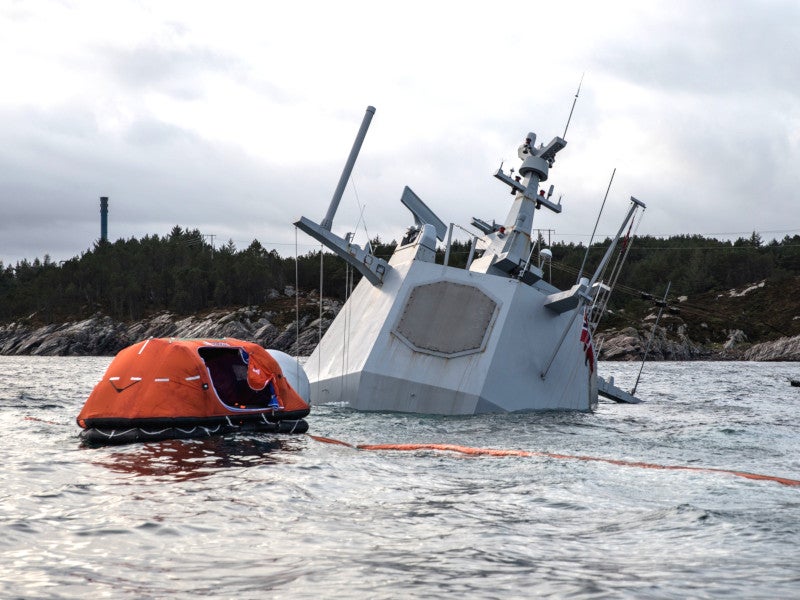 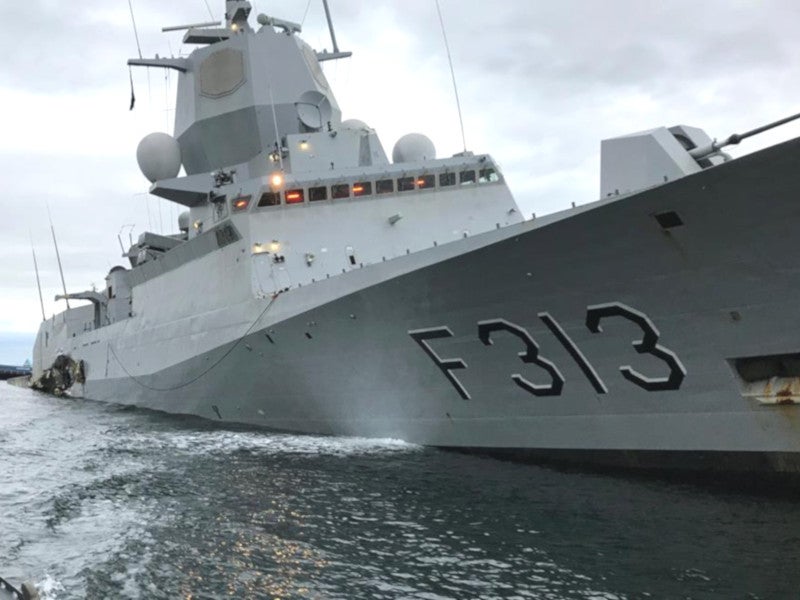