Pictures have emerged that appear to be among the first to show U.S. Army HH-60M medical evacuation, or "Dustoff," helicopters flying in Syria with a unique interim directional infrared countermeasures (DIRCM) system configuration. Two years ago, the service had hit setbacks in integrating this defensive suite, known as AN/AAQ-24, onto its Black Hawks, as well as AH-64 Apaches and CH-47F Chinook helicopters, which it planned to use until it was able to field a new system of its own across all of its aviation units.

The U.S. Marine Corps released the pair of HH-60M pictures on Oct. 31, 2019, with the caption saying that they showed the aircraft at an "undisclosed location" in Syria. Newsy's Jake Godin, who was among the first to spot them, wrote on Twitter that the location looked similar to a known base in the vicinity of the northern Syrian city of Sarrin. However, the other information provided indicates that the helicopters, which are from an unknown unit, are attached to elements of Special Purpose Marine Air-Ground Task Force-Central Command (SPMAGTF-CC). U.S. Marine Corps units rotate through deployments with this regional contingency force, which in turn has supported U.S.-led operations against ISIS in Syria and Iraq over the years.

The exact U.S. force posture in Syria remains extremely fluid more than three weeks after the Pentagon announced plans for a near-total withdrawal of American forces from the northeastern part of the country following the start of a Turkish operation. More recently, some U.S. troops have moved back into Syria to take up positions elsewhere, including guarding oil and gas fields in the eastern Deir Ez Zor province, as the overall character of the United States' presence continues to evolve.

Whatever the case, it's not surprising that the HH-60Ms are carrying a directional infrared countermeasures system (DIRCM). There have long been concerns about terrorists or other militant groups in Syria, including militias aligned with the Syrian regime of Bashar Al Asad, employing shoulder-fired, heat-seeking, short-range surface-to-air missiles, also known as man-portable air defense systems or MANPADS, against U.S. helicopters and other low-flying aircraft. These are threats that are present throughout the Middle East, as a whole, and well beyond.

The Dustoff Black Hawks, in this case, are equipped with a version of Northrop Grumman's AN/AAQ-24 system, also known somewhat confusingly as the Large Aircraft Infrared Countermeasure (LAIRCM) system. Despite its name, variants of the LAIRCM is in use on a wide variety of helicopters and fixed-wing aircraft across the U.S. Navy, Marine Corps, and Air Force for more than a decade, including on the Air Force's highly specialized VC-25A "Air Force One" and C-32A "Air Force Two" presidential jets.

This configuration for the HH-60M consists primarily of six missile warning sensors and two turreted lasers, also known as Guardian Laser Transmitter Assemblies (GLTA). A centralized control system links it all together. Pictures show that the GLTAs are mounted, on each side of the helicopter, via what may be a single bracket, or two individual brackets mounted close together, attached to the underside of the fuselage.

This would provide an arc of coverage on either side, similar in general to how the AN/AAQ-24(V)25 is installed on Marine CH-53E Super Stallion helicopters. It works in the exact same way, as well, detecting incoming heat-seeking missiles via the warning sensors and then cueing the lasers to fire at the threat's seeker head, blinding or confusing it and throwing the weapon off course.

It's not clear how widespread the use of this particular DIRCM system may or may not be on Army Black Hawks. The Army has been working on acquiring a standardized DIRCM system for all of its helicopter types since 2009, but the Common Infrared Countermeasures (CIRCM) program, which you can read about more in this past War Zone piece, experienced significant delays. The final CIRCM system, another Northrop Grumman design that uses laser turrets with distinct transparent "bubble" housings, is only now in the early phases of entering operational service.

So, in 2017, the Army had, as an interim solution, turned to the existing and proven LAIRCM as an option for UH-60L and M Black Hawk variants, as well as its Apaches and Chinooks, operating in higher threat environments, such as Syria. That same year, pictures emerged of AH-64s in that country equipped with their own version of the AN/AAQ-24.

A report from the Pentagon's Office of the Director of Operational Test and Evaluation, released in January 2018, but covering developmental activities during the 2017 Fiscal Year, detailed a number of major issues with this interim program. You can read about them in greater depth in this past War Zone piece.

"The Army began airworthiness and safety flights on the UH-60M" in Fiscal Year 2017, which ended on Sept. 30, 2017, the report explained. "Structural failure of the UH-60 M/L mounts for the GLTAs requires a redesign."

The Office of the Director of Operational Test and Evaluation did not include an update on Army's efforts to integrate the AN/AAQ-24 onto its helicopters in its report for the 2018 Fiscal Year, which it released earlier this year. The pictures from Syria clearly show that the structural issues were resolved to a sufficient degree for operational use and that some number of the service's Black Hawks are flying with this DIRCM system. It is certainly better than nothing.

It remains curious that the Army did not choose to go with the LAIRCM configuration found on the Marine Corps' VH-60N VIP helicopters, which have the GLTAs mounted on the bottom of the fuselage. This may have had to do with a desire to preserve the standard UH-60's sling load capabilities or requirements to keep the underside clear of obstructions. If that was the case, it is worth noting that the new CIRCM system on the Black Hawk includes one of the laser turrets installed underneath the fuselage.

Depending on how the fielding of the CIRCM system progresses, and how the withdrawal of U.S. forces from Syria does or doesn't proceed, this particular DIRCM configuration for the Black Hawk may remain largely obscure. At the same time, it is possible that these systems could remain in depots in the region for continuing use, as necessary, even if the units using them now redeploy to lower threat countries or back to the United States entirely.

In the meantime, though, these two HH-60Ms, at least, will continue to use this particular defensive configuration to help protect them from the potential threat of MANPADS. 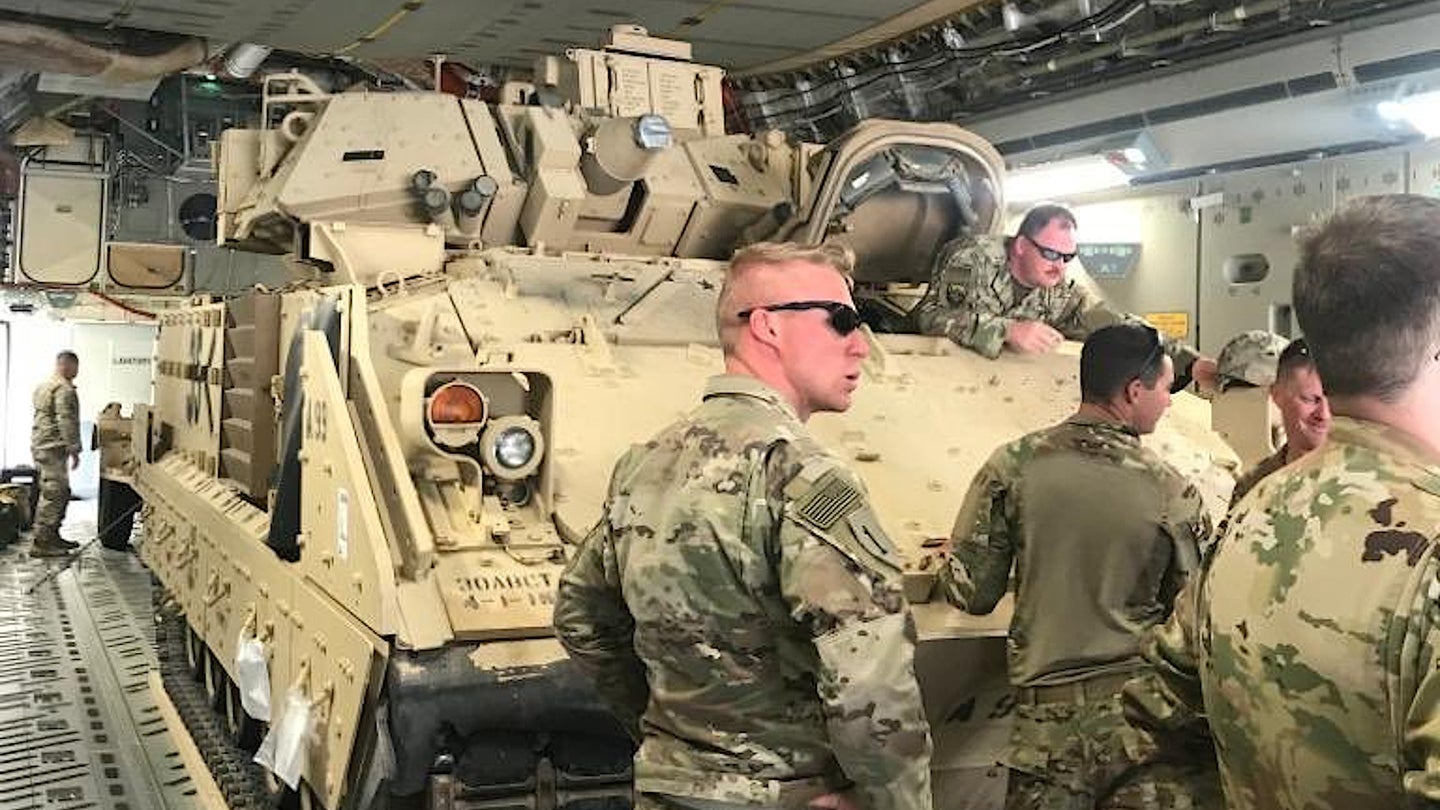 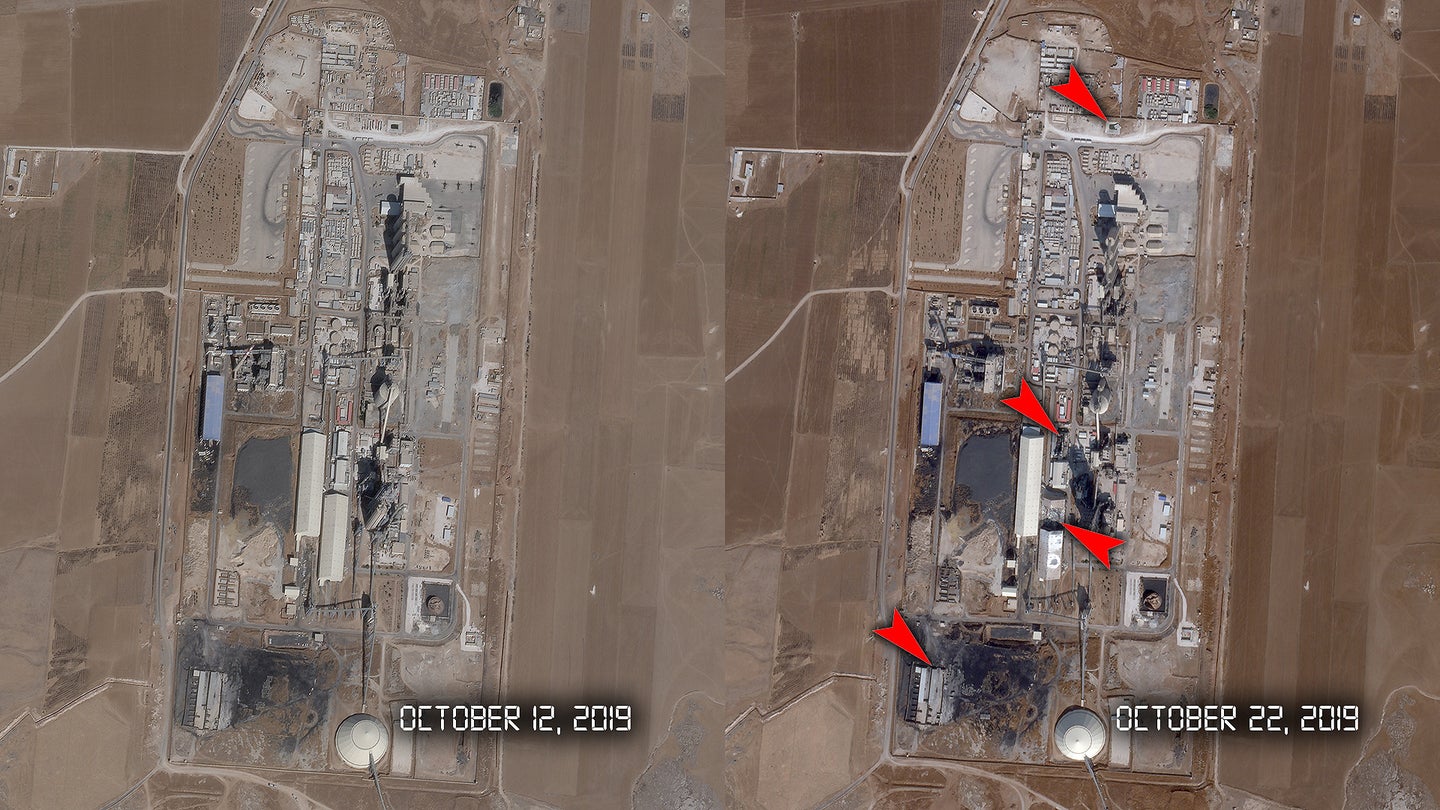 Satellite Photos Call Into Question Impact Of U.S. Bombing Its Own Syrian Base After Retreat

Exclusive satellite imagery shows the base sustained relatively little damage in the airstrikes with many of its facilities being left intact. 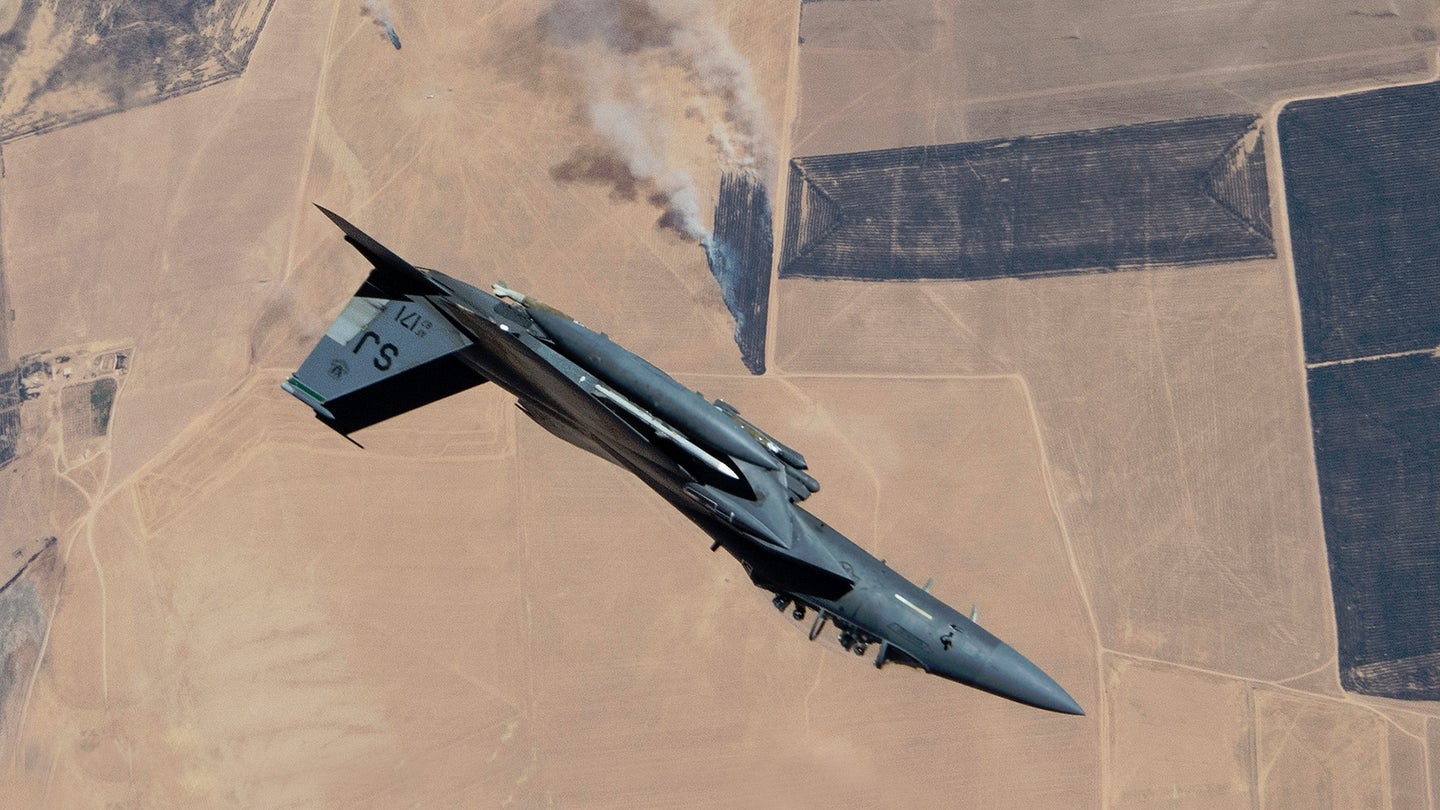