What Massive Mystery Object Is Northrop Moving By Barge From Redondo Beach This Weekend?

The secret cargo is only being described as a “U.S. Navy demonstration project” that is destined for San Diego. 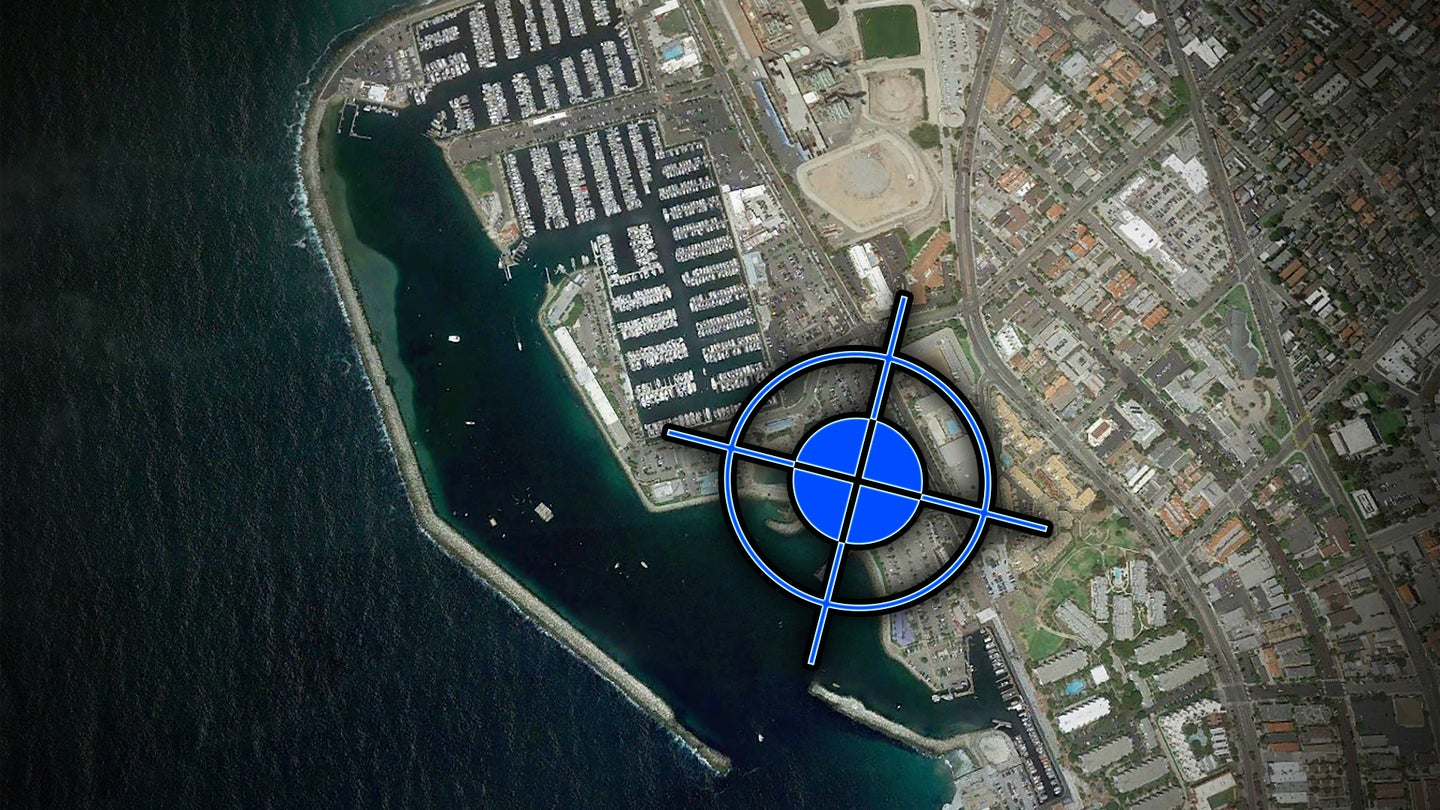 The relatively quaint harbor in Redondo Beach, California is about to become a scene out of a military or sci-fi thriller. Something quite large and very secretive, only described as a "U.S. Navy demonstration project," is going to be trucked from Northrop Grumman's campus in North Redondo Beach a few miles to the harbor, where it will be loaded onto a barge and shipped off to San Diego for testing. In all, the staging for the transfer from land to sea and the object itself will take up a whopping 70 parking spots near the pier.

The Breeze, a local paper that covers the southern Los Angeles area, was first to report on the mysterious operation that is planned to begin Thursday night and run through the weekend. Our reader Scott Hodges (@Scottyhodges) reached out to us with the heads up.

Redondo beach's marina is far from being a locale known for heavy shipping and industry. It is filled with pleasure and sport fishing boats and surrounded by restaurants and other hospitality and entertainment establishments. As such, moving a huge secret object from the marina's parking lot onto a seagoing barge is bound to draw loads of attention.

As for what is being moved, we have no idea. The Breeze states that "Northrop officials declined to provide details about what or how big the object is, citing national security concerns." Northrop Grumman has a very heavy presence in the area and this could be pretty much anything considering it is supposedly San Diego-bound—a destination that has some of the most abundant military infrastructure in the United States. So, everything from a laser, to a sensor or communications system, to a missile system, to some sort of power system, to unmanned aircraft or submersibles, to maybe even a boat itself, and everything in-between, is worth a guess. It's also worth noting that the campus the object is originating from is known for its aeronautical and space systems, but it also works in a fairly diverse set of related areas, as well.

What the object actually is could become more apparent once it starts making its way to the harbor via truck, but it's also quite possible that it will be packed in a large container or partially disassembled and wrapped-up so as to hide its features and overall identity.

Apparently, the plans for this unique logistical undertaking came fast and furious. Just on October 15th, Northrop Grumman and the city agreed to a $25,000 fee for using the marina in addition to any costs incurred on the city, like personnel overtime and damage caused by the operation. Discussions regarding the move began just a few weeks prior to this final deal being struck.

A cursory search for similar logistical operations at the Marina came up emptyhanded, so this seems like a fairly unique occurrence. It will also be interesting to see if the barge actually ends up in San Diego or if it ends up heading to one of the Navy-controlled islands nearby—San Nicolas and San Clemente.

We will be sure to update this piece when we receive more information on this mysterious move.