U.S. Air Force F-15 combat jets and U.S. Army AH-64 Apache gunship helicopters conducted a show of force in northern Syria earlier today to brush back Turkish-backed local forces who were getting worrying close to a position that American troops still occupy in the northern part of the country. This came after the U.S. military announced it had completely withdrawn from the strategic northern Syrian city of Manbij, with Syrian regime forces and Russian troops now in control.

All of this underscores just how dangerous and convoluted the situation in the country has already become less than two weeks after U.S. President Donald Trump gave tacit approval to his Turkish counterpart Recep Tayyip Erdogan to launch a major incursion into northern Syria. The intervention, which Turkey has dubbed Operation Peace Spring, officially began on Oct. 9, 2019, and is ostensibly targeting the U.S.-backed and predominantly Kurdish Syrian Democratic Forces (SDF), which officials in Ankara view as terrorists. The War Zone has been following the situation very closely since then.

The altercation between U.S. forces and the Turkish-backed Free Syrian Army, or TFSA, occurred near the city of Ain Issa, which is situated in Syria less than 25 miles south of the border with Turkey, on Oct. 15, 2019. There is no indication that American aircraft or troops on the ground actually fired on the Turkish-supported forces during the show of force, though the Pentagon has made it clear that U.S. personnel are authorized to return fire against anyone in Syria in self-defense, if necessary.

The U.S. military did not say what type of F-15s were involved, but both F-15C Eagle fighters and F-15E Strike Eagle multi-role combat jets are forward deployed in the Middle East and have flown patrols over northeastern Syria in recent months. F-15Es, along with Army Apaches, have been regular participants in American operations in Syria for years now.

U.S. forces were embedded with the SDF at the time, but the TFSA's advance toward the American outpost "violated a standing agreement with the U.S. not to get close enough to threaten U.S. troops," an unnamed U.S. official told Fox News. The United States has reportedly filed a formal complaint with Turkey over the incident.

This has also raised some questions about just how much command and control Turkey is exercising over the TFSA. "The Turks have committed to us that they will have control over those forces but it is a continued concern especially once you unleash a force like that what can continue to evolve over time as the violence continues," an unnamed U.S. official told ABC News following the incident in Ain Issa.

Some within the U.S. government have been complaining bitterly about the overall quality and professionalism of the TFSA, which already stands accused of multiple atrocities since Operation Peace Spring began last week. "They could have used Turkish regular troops, ... Instead, they decided to use these thugs & bandits & pirates that should be wiped off the face of the earth," another U.S. official told reporters earlier in the day.

At the same time, this confrontation comes just comes less than a week after apparently deliberate Turkish shelling near an American outpost in the border city of Kobane, which is situated to the north of Ain Issa and right on the border with Turkey. The Pentagon says this incident, which Turkey denies occurred, also violated an understanding with Turkish forces not to target American personnel. It was also a major contributing factor in the decision to expedite the withdrawal of all remaining U.S. troops from Syria, with the exception of a garrison at At Tanf much further to the south near the Iraqi and Jordanian borders.

"As United States forces have defeated the ISIS physical caliphate, United States troops coming out of Syria will now redeploy and remain in the region to monitor the situation and prevent a repeat of 2014, when the neglected threat of ISIS raged across Syria and Iraq," President Trump had said in a statement on Oct. 14, 2019. "A small footprint of United States forces will remain at At Tanf Garrison in southern Syria to continue to disrupt remnants of ISIS."

At least for now, U.S. forces remain in the vicinity of Kobane, also written Kobani, near the Lafarge Cement Factory, which "had been the headquarters of the de facto Defeat-ISIS coalition in Syria," according to U.S. Army Colonel Myles Caggins, the top spokesperson for the U.S.-led coalition fighting ISIS in Syria and Iraq.

"As Turkish-backed militias advanced towards the Lafarge Cement Factory, between Kobanî and Ain Issa, on Tuesday, Oct. 15, the SDF set fire to, then vacated, its facilities and equipment," Caggins explained. "No U.S. forces or equipment were ever in jeopardy and remain within separate, secure facilities."

Trump's decision to initiate the full withdrawal did lead to a hasty pullout of U.S. forces from the highly strategic city of Manbij, which the SDF liberated from ISIS terrorists with U.S. support in 2016. You can read more about why this city has been such a flashpoint over the years in this past War Zone piece.

Caggins had confirmed that there were no more U.S. personnel in the city in the morning on Oct. 15, 2019. A separate statement from the Russian Ministry of Defense announced that its forces had arrived in the area and taken up positions “along the line of contact between the Syrian Arab Republic and Turkey" and that they were "interacting" with Turkish authorities.

The speed with which U.S. personnel departed seemed evident from what they apparently left behind, including the bulk of the structures at the main outpost in the city and food and other personal items still on the tables in the mess hall, as if everyone had just gotten up and departed in a hurry. American troops did allegedly take the time to leave lewd and insulting messages for Russian forces. Russian media had already taken the time to gloat over the U.S. withdrawal.

However, Turkey's President Recep Tayyip Erdogan insists that Manbij remains a key objective for Turkish forces and their local partners in the Turkish-backed Free Syrian Army, or TFSA. This sets the city up to be a particularly worrying point of contention between all of the parties involved.

It's unclear how long it might take for American personnel to vacate all of their bases and small outposts or how the situation may evolve, forcing further changes to any existing plans. Turkey's intervention has already set off a major humanitarian crisis and threatens gains made against ISIS and other terrorist groups in Syria. ISIS fighters have already begun to escape from SDF detention in the chaos. As is obvious from the situation in Manbij, the rapidly evolving conflict has also offered an opportunity for Syrian dictator Bashar Al Assad, together with his Russian and Iranian allies, to make significant territorial gains after nearly a decade of civil war.

At the same time, there has been a growing backlash to Turkey's operation in the United States, with the U.S. government placing various sanctions on Turkish officials, including Erdogan, and other enterprises in the country. Other countries, include other NATO allies, have begun imposing arms embargos on the Turkish government and moving toward implementing their own sanctions. There are indications that some U.S. lawmakers who had been calling for an American arms embargo may be backing off that position in light of the initial round of U.S. sanctions.

U.S. Vice President Mike Pence and Secretary of State Mike Pompeo will leave tomorrow to head a delegation to Turkey to try and bring a halt to Operation Peace Spring, as well. Erdogan, who clearly felt he had Trump's approval initially, has already made it clear that, at present, he has no intention of declaring any form of a ceasefire of the SDF and that he is upset and confused with the abrupt change in U.S. policy.

“We can no longer follow Trump’s tweets. We cannot track them," Erdogan complained on Oct. 15, 2019. "There is a stark change in his stance compared to last night”

What impact a ceasefire or a complete halt to Turkish operations would have at this point is unclear, regardless. The SDF has already publicly cut a deal with Syrian dictator Bashar Al Assad to side with his regime, and his Russian allies, in preserving Syria's territorial integrity against Turkey. This can only make the U.S. military's continued presence in northern Syria increasingly untenable. A small number of State Department personnel who had been helping with stabilization efforts in SDF-controlled areas left the country yesterday, according to The Wall Street Journal. The Hill also reported that the U.S. government will continue these efforts, but do so remotely, inherently limiting its ability to monitor the disbursement of humanitarian aid and implementation of projects.

This is to say nothing of risks of a further deterioration of U.S.-Turkish relations, which are already at a particularly low point. The U.S. government is reportedly reviewing whether or not it should remove approximately 50 B61 nuclear gravity bombs from the American-operated portion of Incirlik Air Base in Turkey, a complex issue that you can read about more in this recent War Zone piece.

Plane spotters using online flight tracking software did notice a U.S. Air Force C-32B aircraft, often associated with the deployment of interagency crisis response Foreign Emergency Support Teams (FEST), make an unexplained turn around after initially heading toward Turkey. The plane had originally taken off from Naval Station Rota in Spain, but subsequently flew to Naval Air Station Sigonella in Italy after making its u-turn in the Aegean Sea.

As ever, the situation in Syria remains extremely complicated and multi-faceted and continues to evolve rapidly. What is clear is that the security situation is deteriorating rapidly and, despite the announcement of a near-total withdrawal of American forces from the country, some U.S. personnel remain dangerously close to the fighting.

This only raises the risk that U.S. troops may find themselves caught in the middle of the fighting, which could prompt an ever broader crisis if they are forced to more actively defend themselves against any of a number of hostile actors...or their Turkish allies. 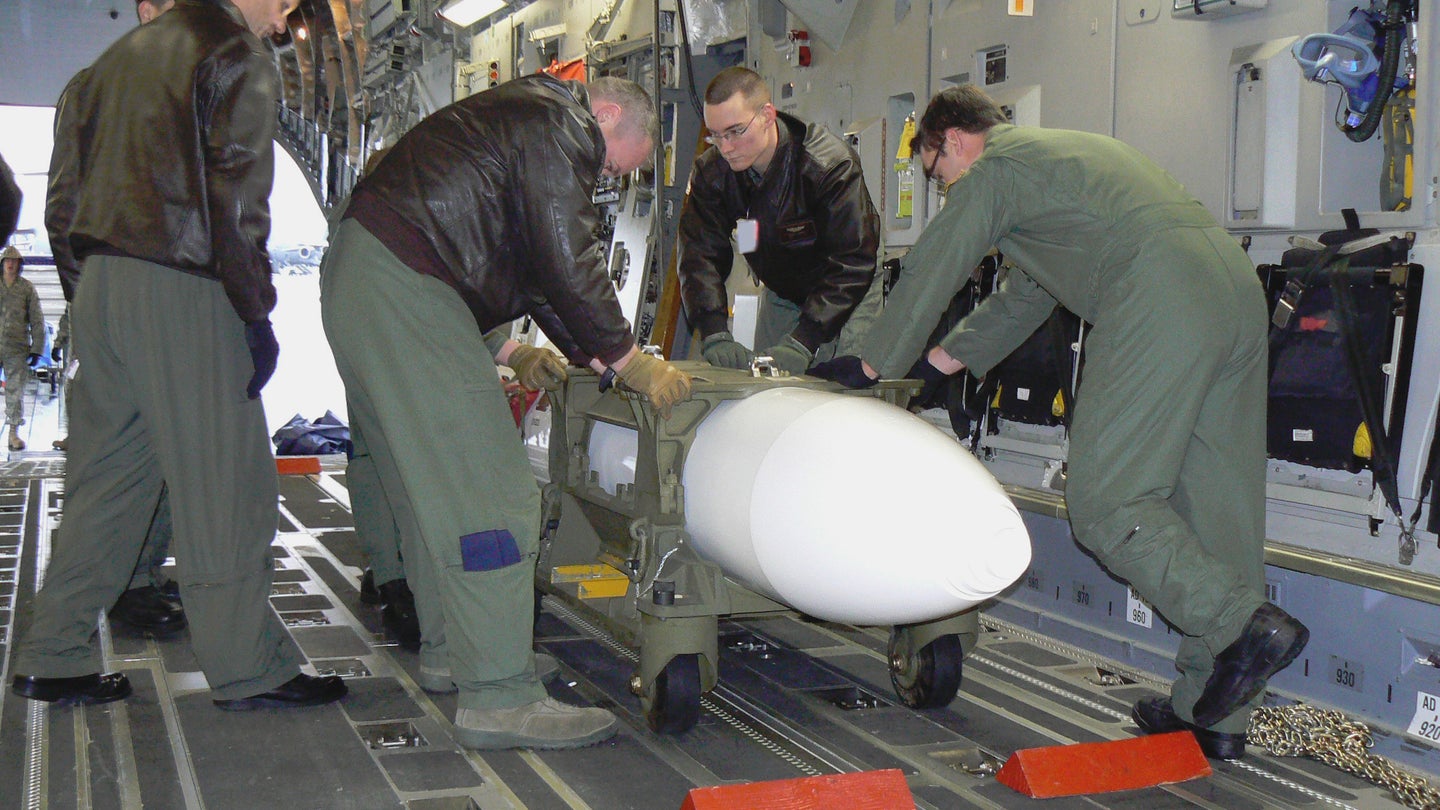 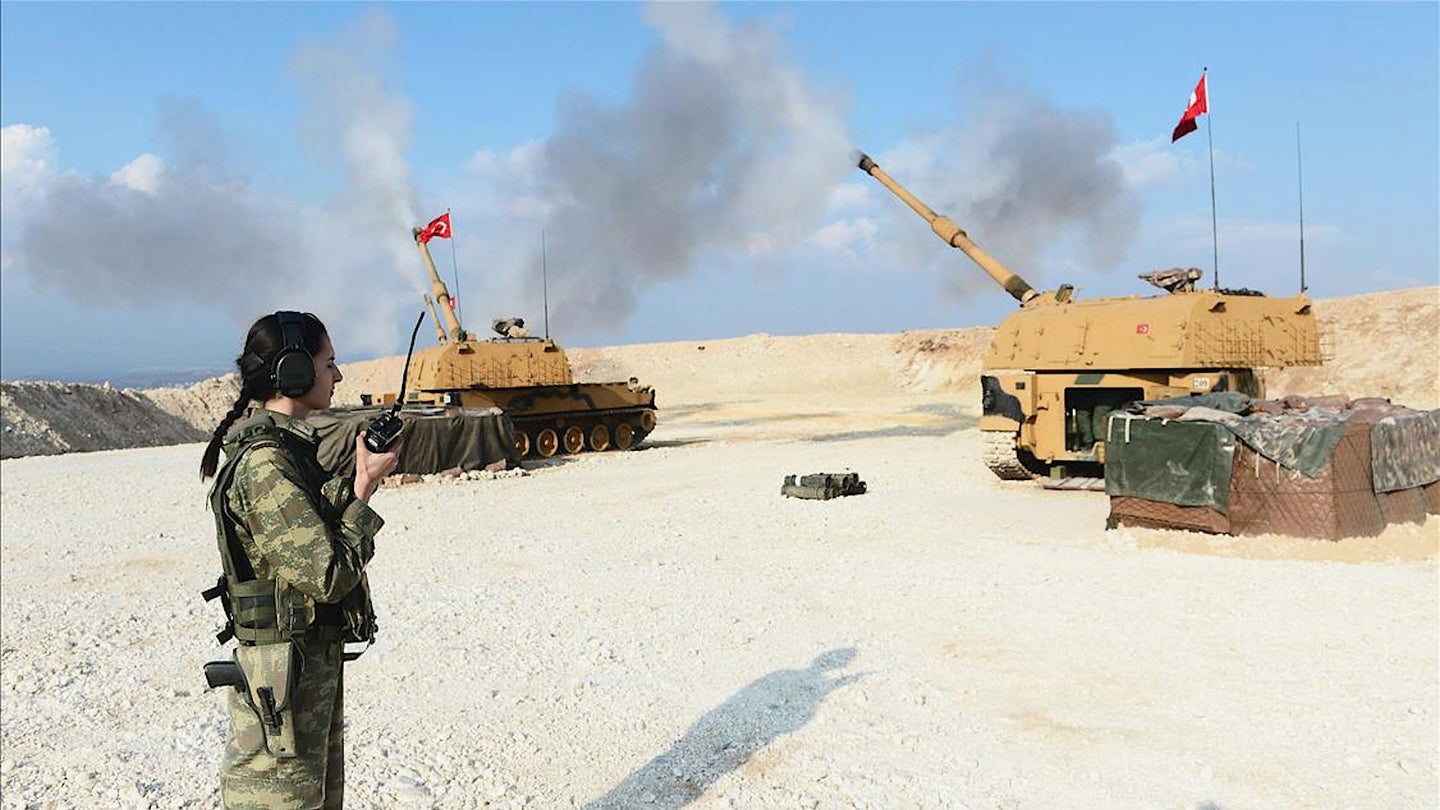 The incident underscores just how risky the situation is becoming for American troops as Turkey targets their local Syrian Kurdish partners. 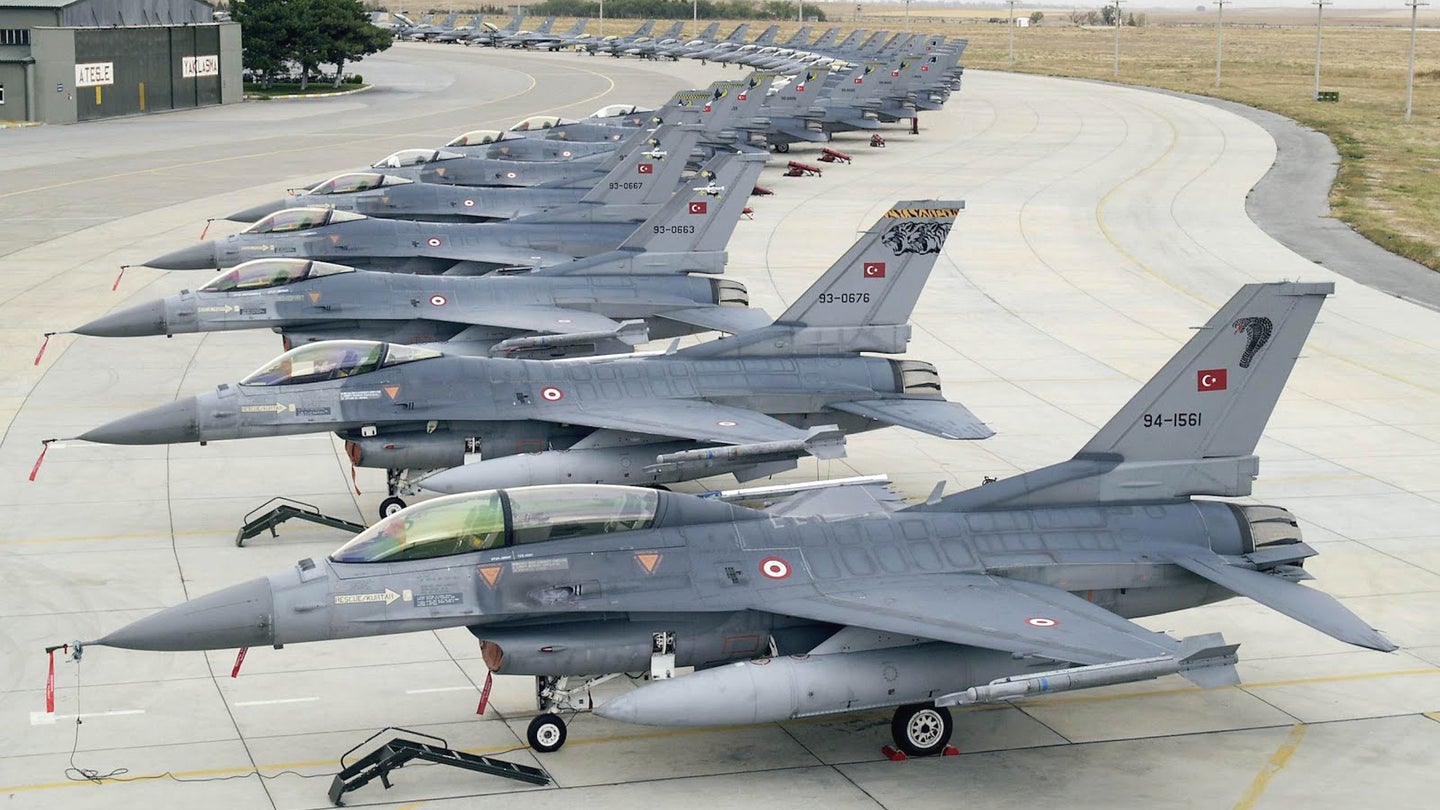