Howe and Howe Technologies has unveiled the latest variant of their Ripsaw, a line of tracked vehicles that look ripped straight from a G.I. Joe playset – 2013's G.I. Joe: Retaliation even featured an earlier model. The company hopes that the M5 model could meet the U.S. Army's requirements for future unmanned ground vehicles, including semi-autonomous "wingmen" to support its future, larger optionally-manned combat vehicles.

The Maine headquartered company, now a division of defense contractor Textron, revealed the M5 at the Association of the U.S. Army's (AUSA) main annual convention in Washington, D.C., which opened on Oct. 14, 2019. The vehicle is the firm's entry for what the Army is presently calling the Robotic Combat Vehicle-Medium (RCV-M) program, which envisions a vehicle between 10 and 20 tons. A lighter-weight derivative of this design could be a contender for the smaller, sub-10-ton Robotic Combat Vehicle-Light (RCV-L). The RCV "campaign plan," which also includes requirements for a 20 to 30 ton "heavy" design, is part of the service's over-arching Next-Generation Combat Vehicle (NGCV) effort. Howe and Howe is also competing for the Squad Multipurpose Equipment Transport (SMET) program contract with its much smaller Grizzly tracked unmanned ground vehicle, too.

Geoff and Mike Howe began developing the first Ripsaw back in 2000 and they have been developing increasingly updated iterations ever since, including unmanned and driver-optional designs. With their angular central bodies and rubberized band tracks, the vehicles have all shared a general and very distinctive look. This, combined with speeds of up to 65 miles per hour on early, stripped-down examples helped Howe and Howe captured significant media attention over the years, including the aforementioned appearance in G.I. Joe: Retaliation. Ripsaws also appeared in Fast and Furious 8: Fate of the Furious and Mad Max: Fury Road, among other productions, as well as television shows, such as Jay Leno's Garage.

The U.S. Army has also acquired a number of iterations of this miniature tank over the years and used them in a variety of tests, including for research and development of semi-autonomous vehicle operation. These previous military Ripsaws have also included armed examples, but with lighter weaponry, such as M153 Common Remotely Operated Weapon Stations (CROWS) with .50 caliber M2 machine guns and Javelin anti-tank missile launchers. Howe and Howe even demonstrated a variant with M5 Modular Crowd Control Munitions (MCCM), an obscure less-than-lethal cousin of the M18A1 Claymore directional anti-personnel mine that has a smaller explosive charge and rubber pellets instead of steel balls, mounted on the sides for riot control missions.

"It's very easy engineering-wise to move the Ripsaw into the heavier scale and completely fulfill the requirements for the medium and then downscale to the light," Geoff Howe, Howe and Howe's Senior Vice President, told reporters, according to Military.com. The M5's "DNA sits right smack dab in the center of the two requirements."

The M5 that the company showed off at the AUSA show is approximately 10 tons, even with its turret, which is very similar in appearance to the one found on the Army's up-gunned 8-wheeled M1296 Stryker Dragoon. Howe and Howe's miniature "tank" has the same 30mm XM813 Bushmaster main gun, as a result, making it a very well-armed vehicle for its weight.

It features a FLIR systems TacFLIR 280-HD sensor turret on top, which includes electro-optical and infrared cameras. There is also a digital sighting system in the turret itself.

Howe and Howe and FLIR Systems also teamed up to enable the M5 demonstrator to deploy its own smaller unmanned aerial and ground vehicles. An R80D Skyraider small quadcopter type drone can take off from and land on top of the vehicle and this newest iteration of the Ripsaw features a built-in bay in the front hull with a fold-down ramp for a Small Unmanned Ground Vehicle (SUGV), which is typically used for explosive ordnance disposal and urban scouting missions.

These could scout ahead of the Ripsaw, extending the range of its own sensors, or investigate harder to reach areas, including inside buildings. M5s could carry beyond-line-of-sight data links and act as a communications relay to rapidly push information to other friendly forces, giving them a better overall sense of the battlefield around them. This kind of situational awareness is absolutely essential in the extremely dense urban areas, which the U.S. military as a whole has dubbed "megacities" and sees as a very likely future operational environment.

This is just one of the possible configurations for the M5, though. Howe and Howe has made it clear that its goal is to offer a modular, scalable system that they can reconfigure relatively easily to meet the Army's various requirements. This would also make it less labor-intensive to integrate new and improved capabilities as time goes on, including new weapons and defensive systems, such as active protection systems. Improved propulsion and power generation systems are also high on the Army's list of future capabilities for all of its vehicles in order to help reduce logistical demands, something you can read about in more detail in this past War Zone piece.

In addition to specifying its weight, the Army has described the RCV-M as being a "durable system" that has a robust sensor package and data links in order to help contribute information to build a more accurate "common operational picture," COP. This would include identifying, categorizing, and geolocating enemy forces and other objects of interest and relaying that information throughout a central network that includes manned vehicles and fixed command and control nodes. It needs to be an unmanned ground vehicle capable of taking on a number of threats by itself using some combination of guns or missiles, too.

It could also potentially work as "loyal wingmen" for the Army's future Optionally Manned Fighting Vehicle (OFMV), which is set to replace the Bradly Fighting Vehicle family, or other vehicles. At present, the service also intends to use teams consisting of a driver and sensor operator to operate any future RCV-M, but does plan to make them increasingly autonomous over time. Still, no matter how independent the vehicles become, the plan is to always have "assured control" by having a human operator in the loop.

The RCV-L concept is much more of a scout, with weapons only for self-defense. The Army also hopes this design will be "attritable," or low cost enough that commanders could take greater risks and accept greater losses when employing them. However, this is not a synonym for "expendable" or "disposable." This is a general concept that is gaining traction throughout the U.S. military for various systems and the U.S. Air Force is investing heavily in the development of similarly attritable unmanned aircraft.

It's not entirely clear what unit price the Army may consider to be suitably low to meet this requirement when it comes to the RCV-L, or how readily Ripsaw may be able to meet it. Previous militarized variants have cost around $750,000 each.

The Army expects to begin putting various potential RCV designs through the paces in 2021, two years earlier than it had originally expected. This is in line with aggressive timetables for other future armored vehicle developments, including the OMFV, which the service hopes to begin actually fielding in 2026.

With this in mind, we can definitely expect to see more of action movie-esque M5, as well as competing designs, in the coming months as the different RCV programs really begin to heat up. 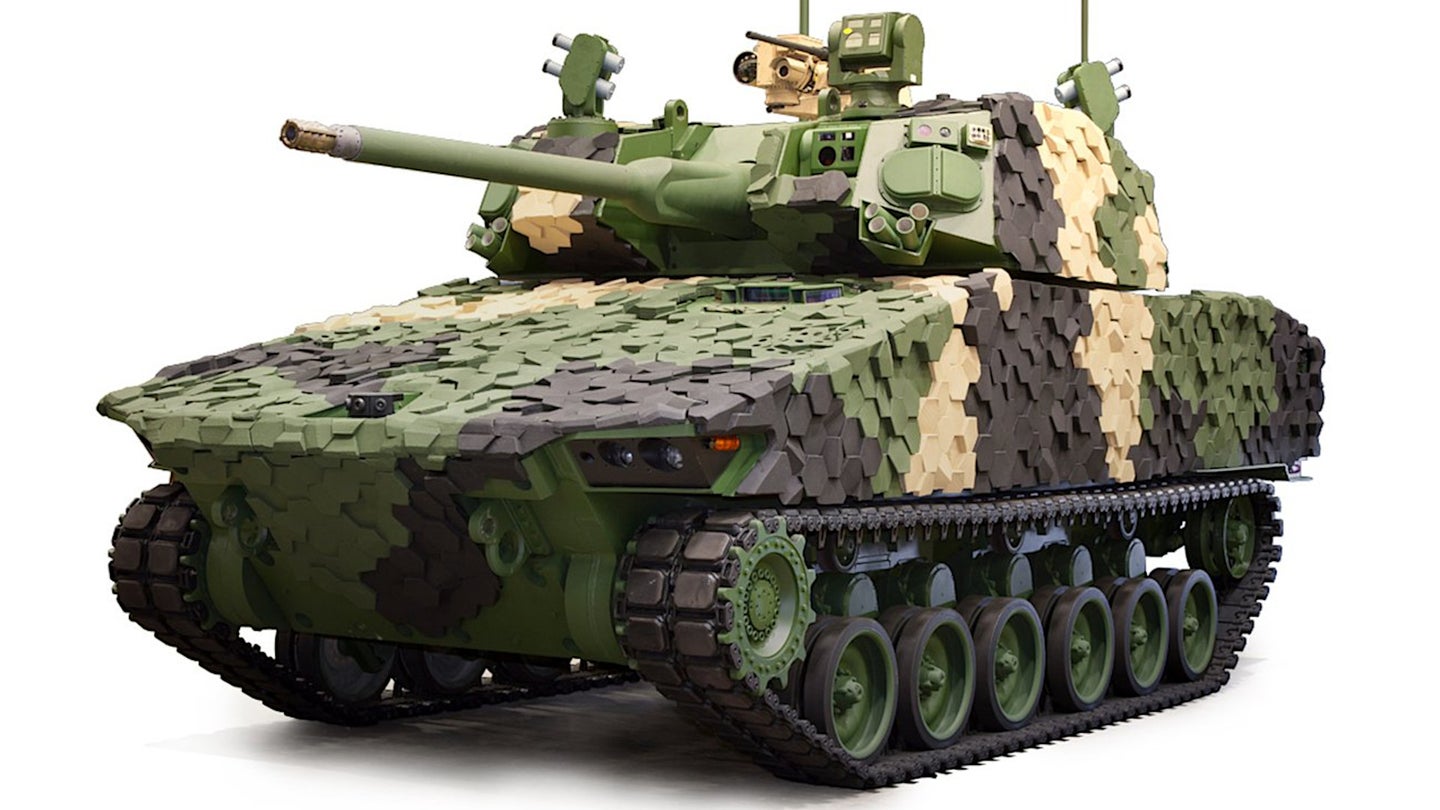 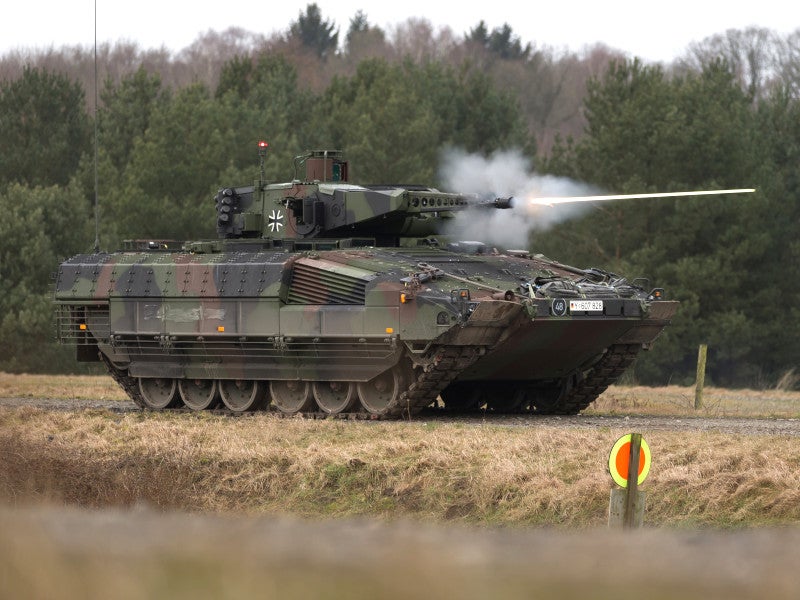 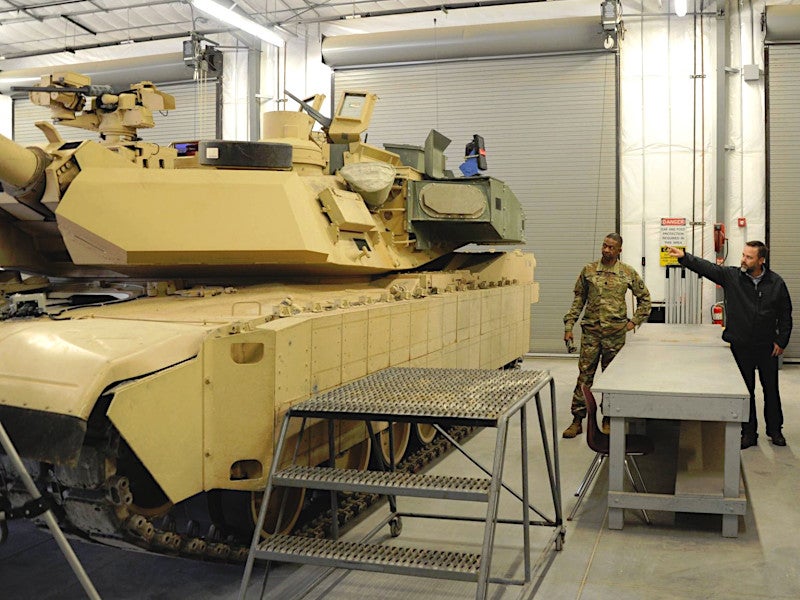