An Iranian tanker was traveling through the Red Sea when reports state it was rocked by two explosions. The vessel continued to burn following the explosions and some amount of oil has spilled into the sea. It isn't clear what caused the explosions, but Iranian media claims the tanker was struck in some sort of an attack. Of course, this particular incident comes just weeks after two of Saudi Arabia's most important oil terminals were struck in a large and highly coordinated long-range cruise missile and drone attack. Iranian-backed Houthi rebels still claim responsibility for that attack, while the Saudis and the U.S. are pointing the finger at Iran.

The ship was traveling near Jeddah, Saudi Arabia, also written Jiddah, when the incident occurred. Although we must stress that details remain scarce and could change dramatically as more information comes to light, at this time, there is speculation that the ship involved was the Sinopa, an Iranian-flagged cruise oil tanker. That vessel is 20 years old and has a listed gross tonnage of just under 81,500 tons. The vessel's current location is stopped in the middle of the Red Sea, across from Daghbaj, Saudi Arabia. Oddly enough, another Iranian tanker, which that to be of the exact same age and size, the Sabiti, has also appeared very close to the Sinopa. This is quite peculiar, but above all else, it acts as a reminder that we just don't have enough information to confidently identify the ship in question at this time.

Although some sort of a reprisal attack from Saudi Arabia may come to mind, the Red Sea has been a hotbed of brazen shipping attacks in recent years. Those attacks were largely focused hundreds of miles south, near the Mandeb Strait, off the coast of Yemen, and were prosecuted by Iranian-backed Houthi rebel forces. Still, the Red Sea is a busy waterway and targeting mistakes can happen due to weapons limitations and outright confusion, especially among non-state belligerents. It's also worth noting that rudimentary naval mines have increasingly become a major concern in the region, and even if they are released in a distinct target area, they can float vast distances and are indiscriminate in nature.

Whatever the case, this could turn into quite the crisis if Iran attempts to blame Saudi Arabia or another allied actor for the damage done to its ship. Iran has plenty of reason to make an attempt at molding what has become an increasingly negative narrative regarding its actions as of late into something more sympathetic or at least more doubt-inducing. As a result, claims of any attacks on Iranian shipping, especially in a waterway dominated by the Saudis, will be considered highly suspect.

This is especially the case the denials and confusion surrounded a series limpet mine attacks on tankers in the Persian Gulf last Spring. Iran ended up getting caught nearly red-handed after denying they were responsible for those attacks. Shortly after that incident, they shot down an American Global Hawk unmanned aircraft that was flying a surveillance mission near where some of those limpet mine attacks took place.

On top of all this, there have been a series of tit-for-tat tanker seizures in the Middle East and Europe. Another saga that has increased tensions with Iran and resulted in the slow formation of a maritime security task force in the Persian Gulf.

The U.S. Navy says that they are aware of the latest incident, but have nothing to add at this time. Iranian state media, on the other hand, says it was likely a 'terrorist attack,' with some outlets stating missiles were the culprit. Saudi Arabia has yet to offer an official statement regarding the incident.

We will update this post with new information periodically throughout the morning as this story develops.

Reuters reports that the ship was indeed the Sabiti. The National Iranian Oil Company (NIOC) says that the ship exploded two times—at 5:00 AM and 5:20 AM. NIOC also states that the vessel will be exiting the Red Sea as soon as possible. If it is capable of doing so, one would imagine it would return to Iran, but if it is leaking oil, doing so would be problematic and a major environmental concern. Beyond that, there are conflicting statements for pretty much everything else—from the extent of the damage to what likely caused the explosions to the status of the vessel and the oil on board. So, we will wait for better clarity before bringing you additional details.

"The oil tanker ... sustained damages to the body when it was hit by missiles 60 miles (96 kilometers) from the Saudi port city of Jiddah," according to IRNA. The report did not say who might be responsible for firing these weapons or where the point of launch might have been.

Financial data and risk management firm Refinitiv said that the Sabiti had been carrying approximately one million barrels of crude oil at the time of the incident, according to the Associated Press. The official news outlet of Iran's Oil Ministry, SHANA, said that the tanker had leaked an unspecified amount of oil following the attacks, but said that the crew had been able to plug the hole.

The ship is now reportedly underway again, but its destination is unclear. Iran's National Iranian Tanker Company (NTIC) has also said that there is no fire on board. The Associated Press has reported that new satellite imagery of the area does not show any visible smoke.

SHANA also released pictures, seen below, from onboard the Sabiti as it was sailing in the Red Sea that do not appear to show any significant damage.

SHANA claims that there had been no responses to the Sabiti's distress calls. In May, the Iranian tanker Happiness I had suffered a technical issue in the same general area and the ship received assistance from Saudi Arabian authorities, who towed it to Jeddah. The tanker underwent repairs there and left without incident.

In June, the Saudi Arabian military also rescued an injured Iranian sailor from the M/V Saviz, a cargo ship that experts believe has been acting as a mothership for activities in support of the Houthis, including smuggling and potentially serving as a base to launch attacks. At that time, Saudi officials said that the country had a duty to help in this case based on its "Islamic religion and human values."

The National Iranian Oil Company has also now said that the attack on Sabiti was "likely by missiles," but has dismissed a brief earlier allegation that Saudi Arabia might have been responsible, according to the BBC.

Some readers have pointed out some curious digital artifacts around the date stamps in the pictures that SHANA released, which could suggest they were altered in some way. If the pictures are genuine, any damage or evidence of a fire may not be visible from the available angles, especially if it is lower on the hull. 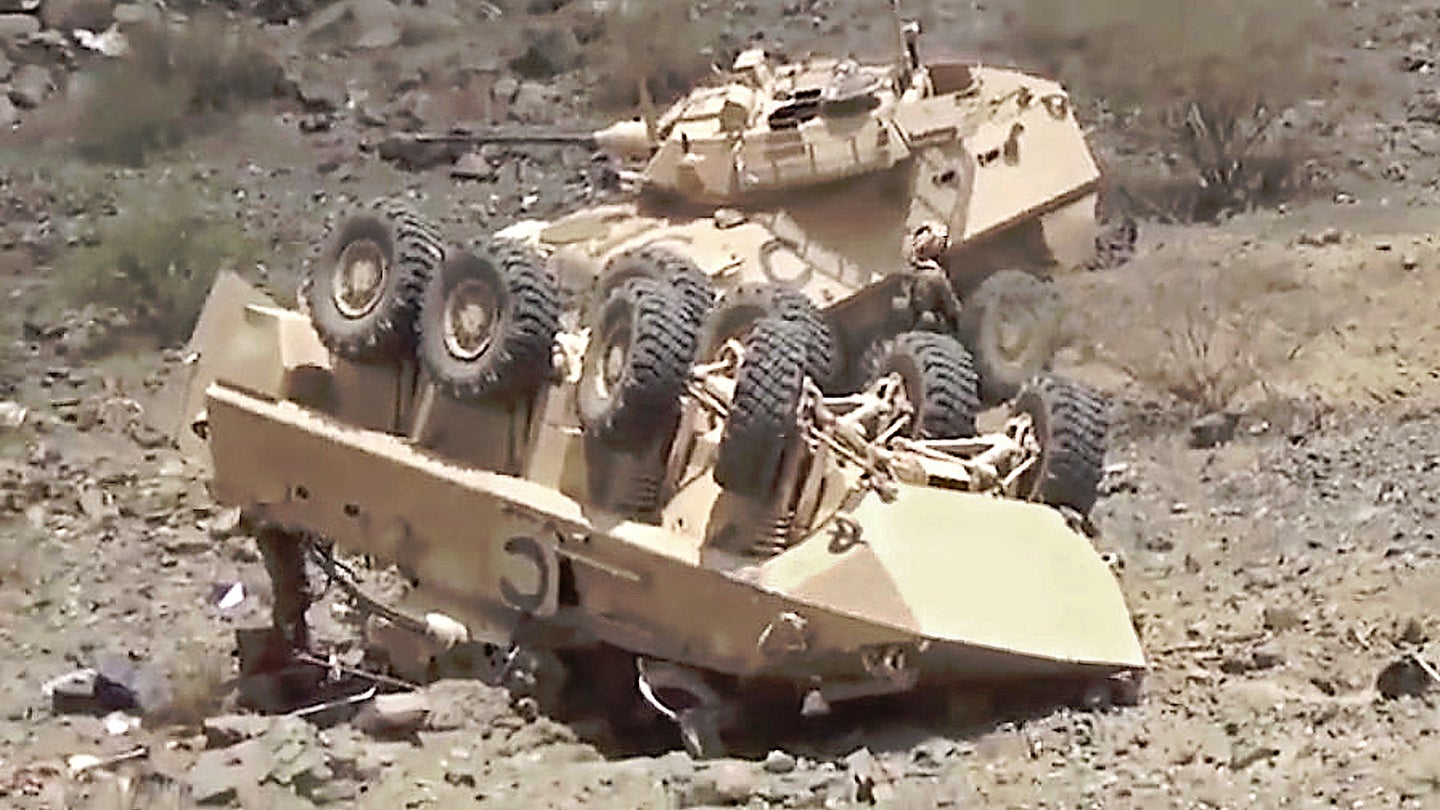 A top U.S. Army advisor to the Saudis had previously described high casualty rates and a worrying lack of capacity in the country’s National Guard. 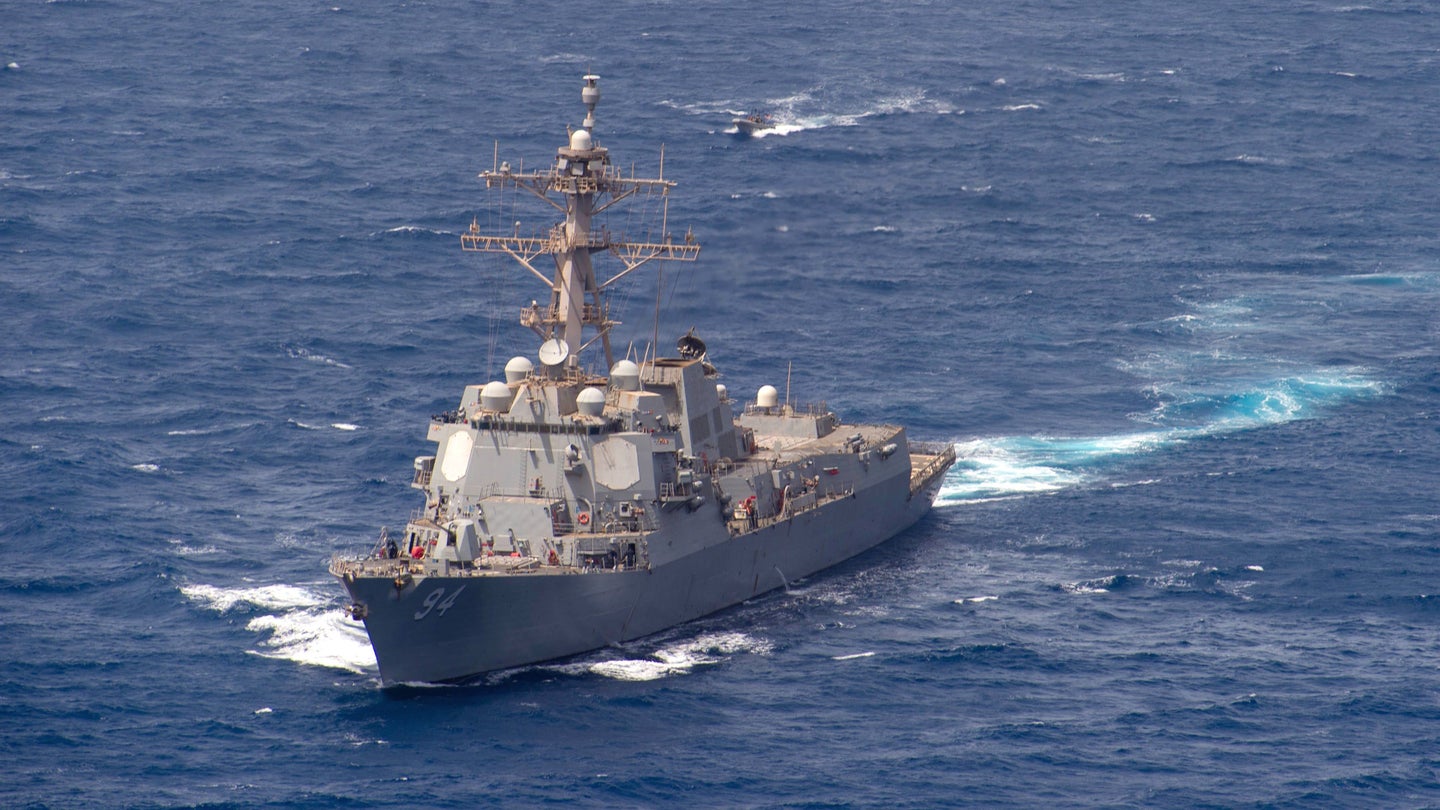