The Department Of Defense's supposed "pivot to the Pacific" began nearly a decade ago. Since then, the threats that drove it have evolved, diversified, and spread. This expanded strategic focus has been redefined geographically to include the Indian and Pacific Oceans, a vast territory renamed the Indo-Pacific in Pentagon parlance. With China, Russia, and North Korea all rising in terms of the threat they pose to American interests in this increasingly volatile region, advanced and highly tailored capabilities are being rapidly fielded to counter them. One such system is a major yet nearly unacknowledged addition to the existing electronic warfare defensive suites installed aboard America's fighting ships forward-deployed to the 7th Fleet's vast area of responsibility.

When you think of a surface combatant's last line of self-defense against incoming threats, you probably think of close-in weapons systems like the fast-firing Phalanx or super-nimble missiles like the RIM-116 Rolling Airframe Missile. Yet the truth is that a ship's 'soft kill' electronic warfare systems are just as, if not more important than its kinetic ones.

These systems have gone from being independent jammers to highly integrated components of the vessel's 'nervous system' that includes sensors, communications, and command and control interfaces. Expendable decoys that now carry active electronic warfare payloads are also part of a ship's non-kinetic self-defense suite, and so is enhanced situational awareness.

The most well known of these systems is the long-serving and still evolving AN/SLQ-32 Surface Electronic Warfare Improvement Program (SEWIP) found on nearly all large US Navy vessels. In its contemporary form, it has gained the ability to passively detect and geolocate many types of emissions and emitters in the battlespace, significantly adding to situational awareness of the vessels that it is installed on, as well as other platforms they are connected with via data link, and thus enhancing their collective survivability. It also allows for its guileful electronic warfare capabilities to be employed against communications systems, ships' radars, and other emitters, not just marauding anti-ship cruise missiles and aircraft.

The Block III iteration of SEWIP takes these capabilities to a whole new level via the addition of the latest in active electronically scanned array technology and other enhancements. In fact, it seems obvious that SEWIP is developing into an offensive weapon system as well as a defensive one. You can read all about SEWIP and its Block III capabilities in this past War Zone feature.

Even though it gets all the notoriety, the AN/SLQ-32 is no longer the only major electronic warfare system in the Navy's 'topside' electronic warfare ecosystem. I realized that a substantial new set of electronic warfare hardware had been fielded after I spotted something strange when I randomly reexamined the photos of the badly damaged destroyer USS Fitzgerald that were taken after its horrific collision in June of 2017. Just above the damage, a pair of strange, faceted, coffin-like structures are seen attached to the Arleigh Burke class destroyer's bridge wings. This image jolted my memory.

I remembered hearing about a new system being rushed to the 7th Fleet the better part of a decade ago, but had not noticed it manifest itself physically since that somewhat obscure initial report. That is until I realied it was hanging on the bridge wings of Fitzgerald.

This configuration is not common across the fleet. I double-checked after examining hundreds of photos of other Arleigh Burke class destroyers that operate around the globe.

Upon further examination of America's surface combatants forward deployed as part of the 7th Fleet, it appears that at least the destroyers, cruisers, and the nuclear supercarrier USS Ronald Reagan are all equipped with the system. See the photos below as examples:

The faceted enclosures for this electronic warfare hardware are meant to open up like a clamshell for easy access to the systems inside. On the Arleigh Burke class destroyers, extendable platforms swing out below the bridge wings so that these enclosures and their contents can be accessed and serviced safely by the ship's crew.

Upon researching the subject, it turns out there is some, albeit very limited information on this system. The system itself is designed in part by ITT Exilis (now L3Harris) and designated the AN/SLQ-59, but it is also known by the general concept it is built upon—the Transportable Electronic Warfare Module, or TEWM for short.

TEWM was designed from the outset to be rapidly replicated if need be and installed on additional vessels. It is modular and highly adaptable in nature. In other words, it can be reconfigured easily to address emerging threats and can be easily moved physically and integrated onto new platforms or even land installations. Its self contained, shock-resistant, weatherized enclosure was built to be ported over from ship-to-ship as needed. So, while AN/SLQ-32 is highly integrated into the ship it is installed on, AN/SLQ-59 is more of a plug-and-play design. It is also the core component under the regionally tailored SEWIP Block 3T initiative that is now being fielded across the 7th Fleet.

As far as its applications, it is only described as a counter-terminal threat defensive system. In other words, it is built, at least primarily, to fend off enemy missiles—or other weapons—during their end-game attack on the ship itself. It is also fully networked enabled and can be controlled either by the host ship itself or remotely as part of a larger integrated electronic warfare employment strategy.

Just as I recollected it, it came to be in its present form under a rapid development "Speed Of Fleet" procurement concept aimed at giving critical electronic warfare capabilities augmentation to the 7th Fleet. U.S. Pacific Command, which the 7th Fleet is beholden to, urgently requested 24 of the systems in 2013, with the hardware itself to be fielded by March of 2014. It isn't clear if that actually happened. In fact, it seems like the system may have been delayed a year or two.

Its roots actually go back substantially farther than this urgent request as a far less production representative arrangement was undergoing experimental testing many years prior, with an early proof of concept version of the TWEM being tested during RIMPAC in 2008. It was tested again aboard the USS Sampson during RIMPAC 2010.

It remains unclear what the threat—or threats—prompted the sudden initiative to field a production version of the system, but the reality of American vessels operating in close proximity to Chinese shores and People's Liberation Army Navy ships, as well as being able to better counter Russian threats, which were also on the rise, are the most likely reasons. Considering the fact that American surface combatants are now regularly sailing into territory that is openly contested by China, while under layers-upon-layersof anti-ship capabilities, in retrospect, the need to rush such a system into operation makes sense.

With China's island-building campaign rapidly maturing in the first half of the decade, the writing was on the wall for the U.S. Navy that it would have to more actively challenge China's territorial claims and that the tension between the countries would escalate, at least in part, as a result of such operations. This realization, as well as Chinese weapons advances, likely spurred AN/SLQ-59's arrival in the Indo-Pacific region.

Some posit that a particular weapon sparked the need for the system. That may be true, but considering that we have no clear idea of exactly what it is aimed at countering, speculation as to what weapon catalyzed its deployed remains just that, speculation. It would have been something that the AN/SLQ-32 suite couldn't counter reliably. Some have speculated the request was a result of developments in Chinese anti-ship ballistic missile capabilities, this is possible, but given their mounting locations, this seemed less likely than an advanced cruise anti-ship missile system—possibly one with extreme speed and a relatively exotic radar seeker. Others posited that it is a response to a North Korean development, which is almost laughably unlikely considering that country's level of sophistication when it comes to cruise missile technology.

The truth is that the AN/SLQ-59 could have been designed to counter something that isn't a missile at all, like swarms of small drones that could wreak havoc on a sensor-covered fighting ship, or a swarm of explosive-laden unmanned boats. China is very active in the development of both types of weapons concepts. It's also worth keeping in mind that the enclosures and the systems within near certainly have the ability to support multiple EW applications simultaneously. In fact, China's ability to layer multiple threats at a single target simultaneously is probably what, at least in part, these systems are meant to counter.

Regardless, the upgrade was needed and this eventually materialized in the form of the shadowy and strangely shaped AN/SLQ-59.

The system does show up in budget documents. For instance, under the AN/SLQ-32 line item in the 2019 budget, AN/SLQ-59 is described cryptically as such:

Another similar tailored system is being developed for the 6th Fleet, although it is unclear what physical form it will take. As it sits now, enclosures similar to those used on the AN/SLQ-59 have not appeared on any of the vessels assigned to the region, at least as far as we have seen. Regardless, this 6th Fleet-focused system is designated the AN/SLQ-62.

If anything, the AN/SLQ-59 is a reminder of how electronic warfare's place in modern naval warfare, and any domain of warfare for that matter, continues to expand at an accelerated rate and how the Navy is increasingly looking toward acquiring highly adaptable and largely modular capabilities instead on ones that require deep and costly integration into its platforms. In fact, the USMC has bet the vast majority of its own organic electronic warfare capabilities on a similar concept that you can read about here and here.

So, with all that said, 7th Fleet ship crews can sleep a little better in their berths knowing that they are being shielded from enemy threats with an extra layer of advanced electronic protection, and maybe during actual sustained combat, they might be able to execute their own electronic attacks like never before thanks to the latest SEWIP enhancements and the mysterious AN/ALQ-59. 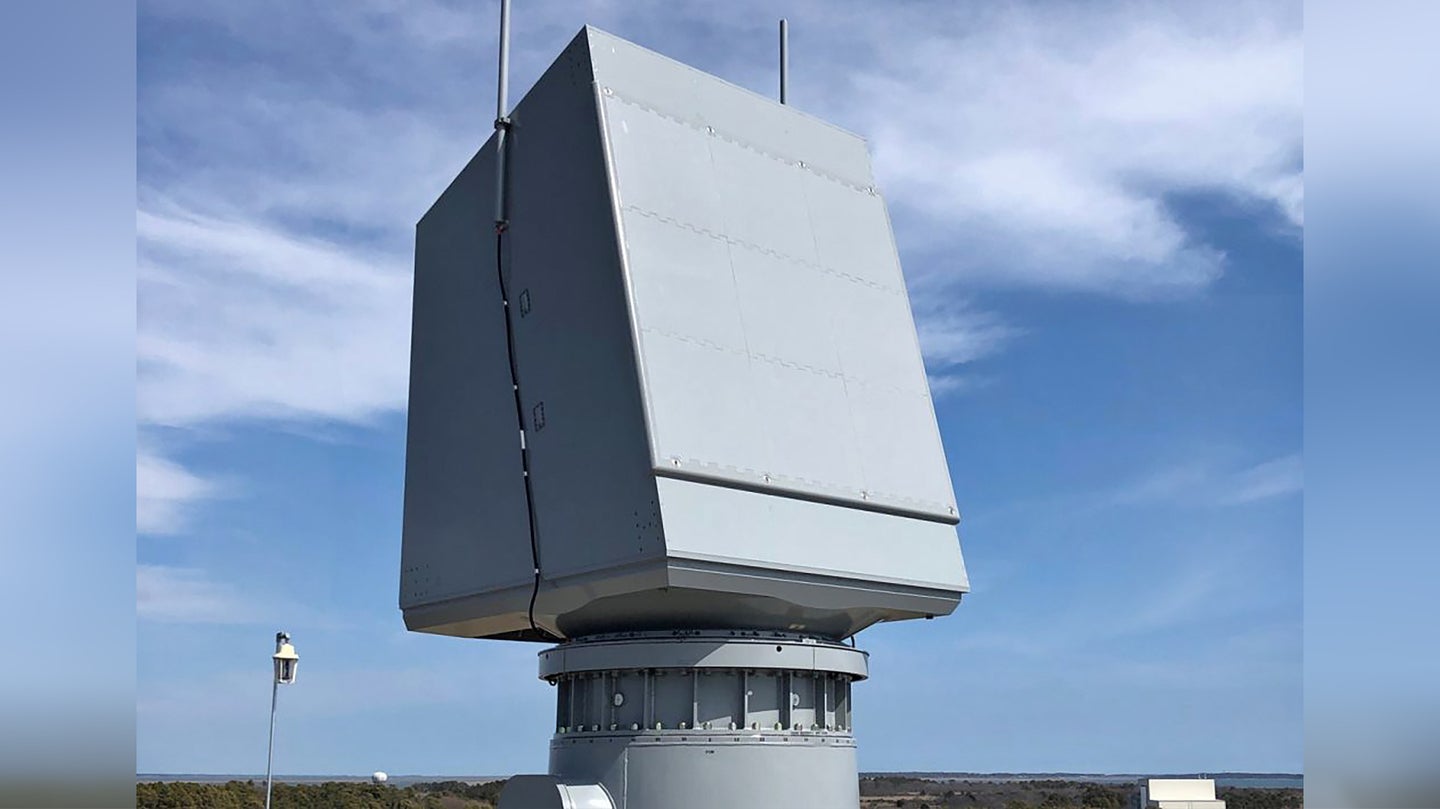 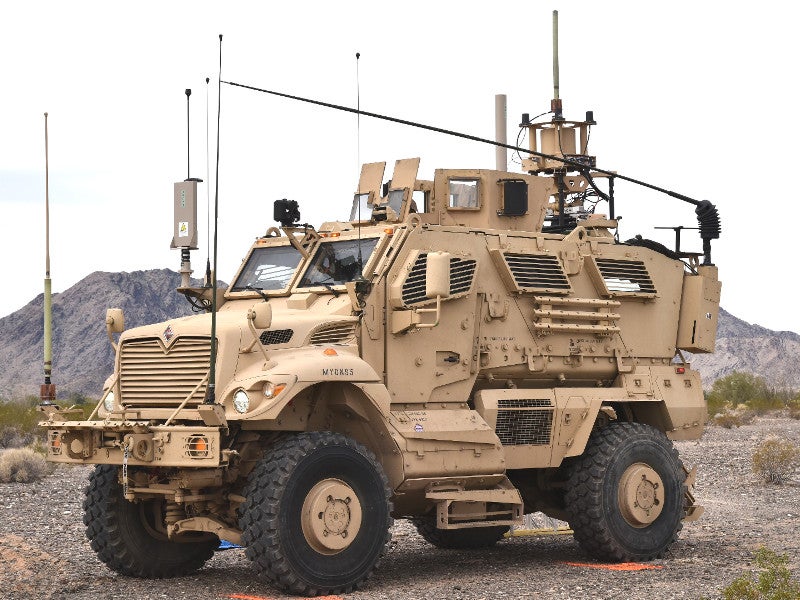 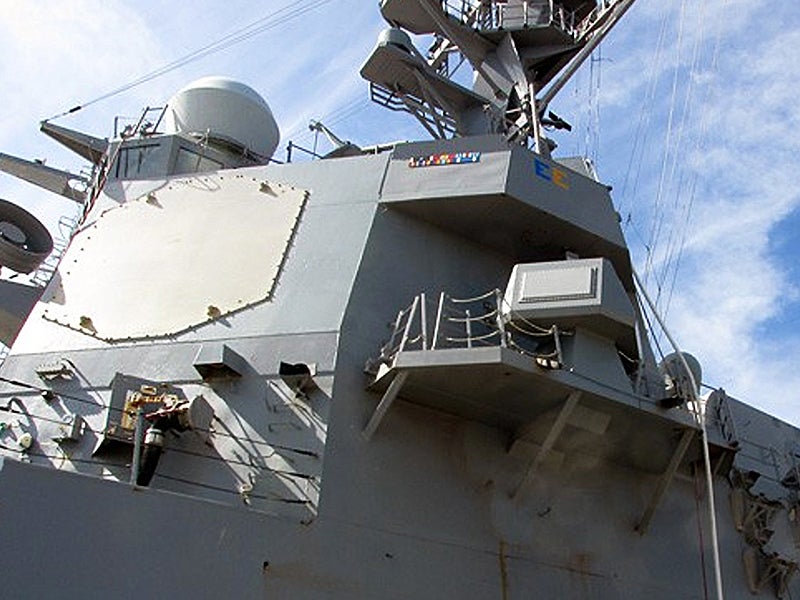 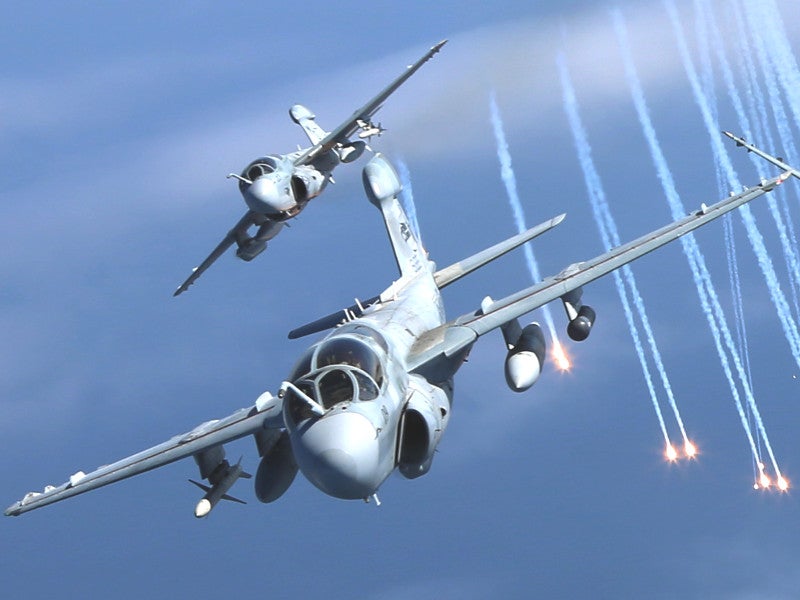