The incident, which involved a contractor-owned Hercules, occurred at around 10:20 PM local time. 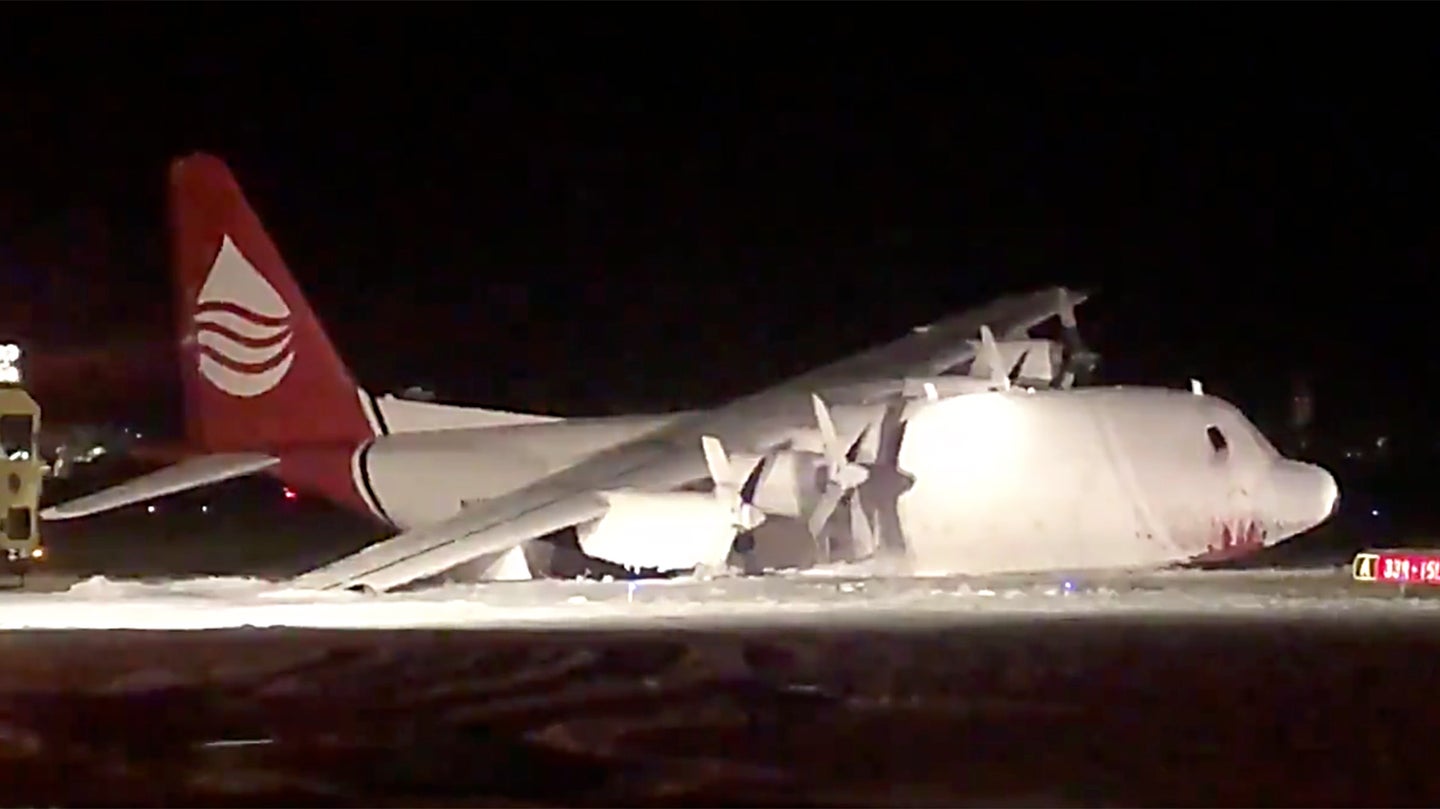 Details remain very limited at this time, but a privately owned C-130 crashed-landed at Santa Barbara Airport in California at around 10:20 PM on the evening of August 25th, 2019. The aircraft in question appears to belong to International Air Response, an operator of C-130s that are used for various unique applications, such as test and evaluation, film making, and oil spill cleanup spraying missions, as well as cargo hauling duties.

The aircraft skidded off the runway and came to a rest on its side. Although the airframe appears to be intact, there is significant damage to its wing. Reports state that all seven people on board were able to evacuate the aircraft safely. The aircraft was covered in fire retardant foam by crash crews at the airport shortly after coming to a stop.

It remains unclear what the C-130 was doing in the area on the evening of the 25th or what the nature of the incident was. The aircraft involved in the crash was marked with an "Oil Spill Response" livery. You can see a picture of a similar aircraft here.

The aircraft involved was N119TG, a Lockheed C-130A built in 1957. It was flying from Hawaii back to the United States after spending time operating around Singapore. You can see its track below:

Listen to the audio leading up to the crash. Apparently, the aircraft lost an engine and had hydraulic issues. The aircraft had to land without flaps.